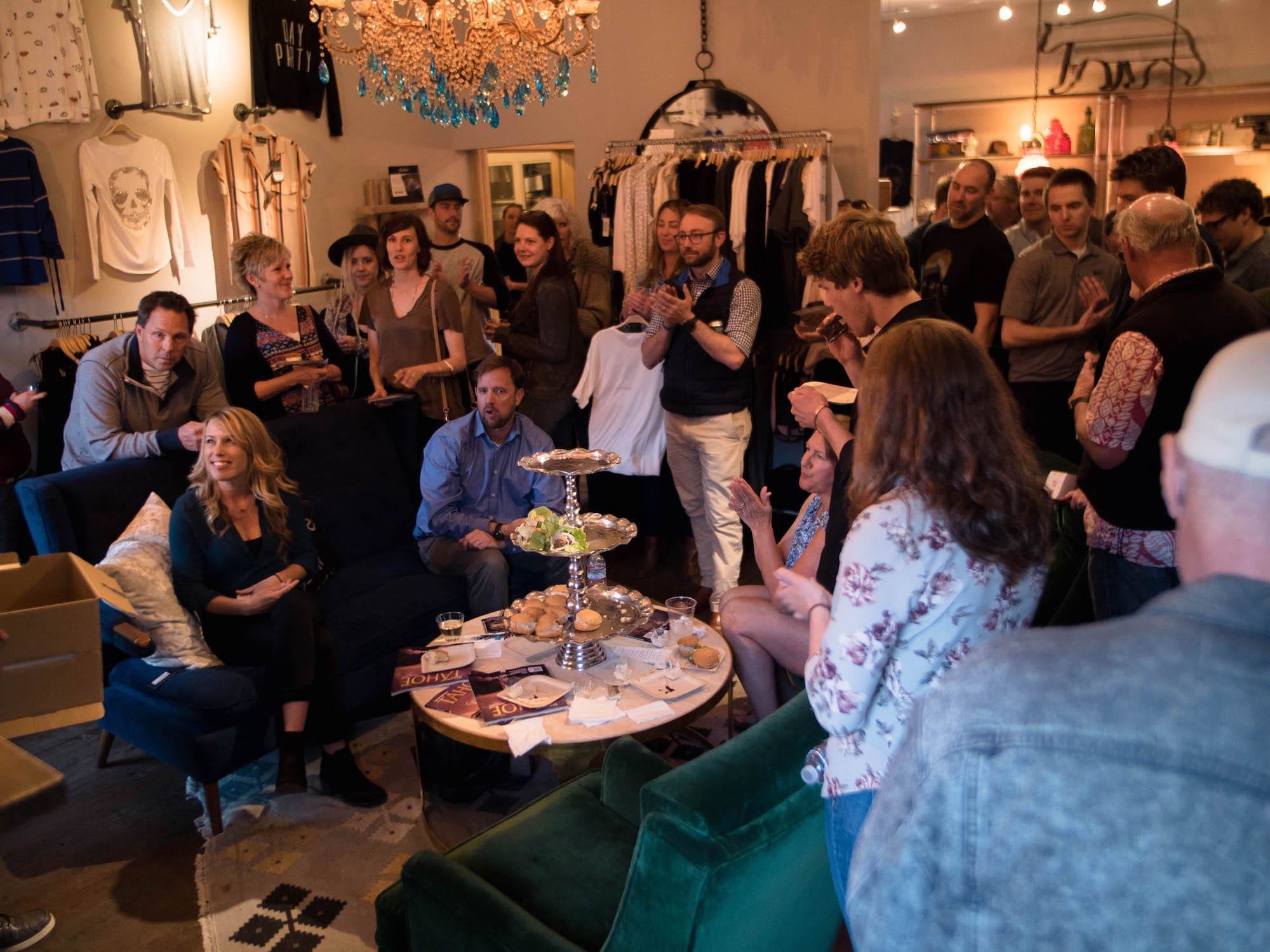 In what has become a Tahoe Quarterly tradition, we celebrated our Best of Tahoe magazine with an issue release party on May 3. The party was graciously hosed by Tahoe University, with catering and drinks provided by FiftyFifty Brewing Co. Peter and Denise Menzies, Lindsay McIntosh, Karen Sessler and Fred Zabell were among the community members who attended, photo by Zach Bragdon Raffle prizes and magazines at the party, photo by Zach Bragdon