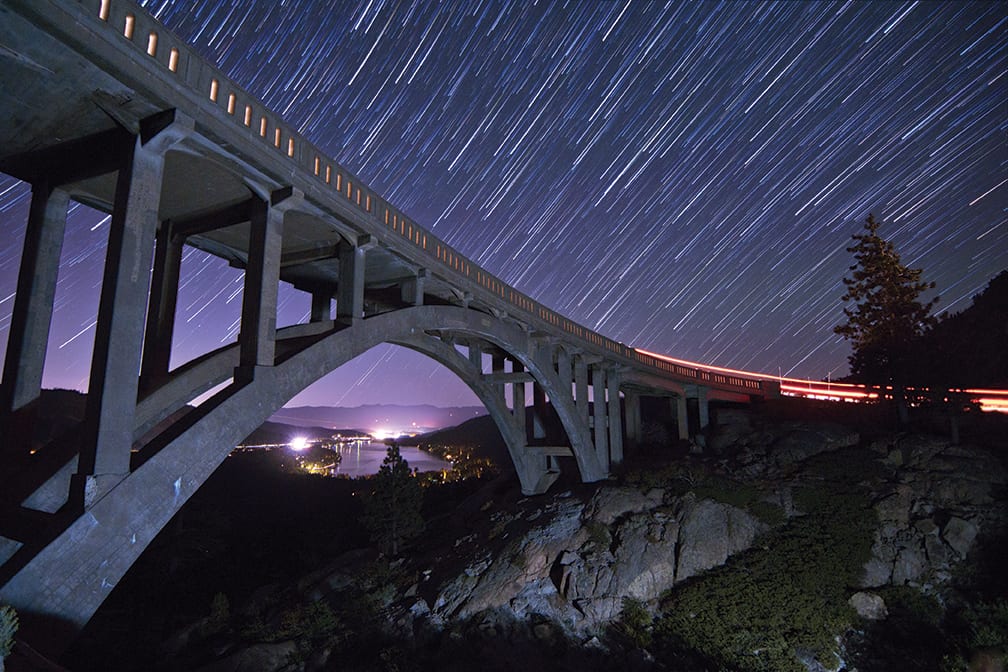 Photo by Peter Day, winner of the Landscape category

In March, we opened Tahoe Quarterly’s Facebook page to our loyal readers for the sixth annual photo contest. We asked for photos in seven categories—Landscape, Kids, Pets, Instagram, Black and White, Wildlife and Sports—and over 200 submissions poured in. Taking into account the number of likes and shares each photo received, a panel of editors, designers and photographers then whittled down the submissions to the best in each category. Enjoy. Kathi Zollinger has photographed Tahoe black bears since 2012 and ranks it as her favorite hobby. In her winning Wildlife photo, she caught a mother bear teaching her cubs how to fish in a Tahoe-area stream. “I love seeing them learning to fish instead of learning to get into trash,” Zollinger says. Anna LaFrom calls her winning Pets photo “The Prince of Winter,” because “it just looks like a robe of snow!” Forest the Bernese mountain dog, who was 4 months old and 40 pounds at the time of the photo, is now a champion show dog at 16 months and a trim 110 pounds. LaFrom guesses that Forest will top off at 120 to 130 pounds. @bernese_brothers_lafrom Dan Jagaciewski used a DJI Phantom 4 Pro drone to capture the winning Black and White photo, which shows the West Fork of the Carson River meandering rather poetically through Hope Valley near Picketts Junction. “We had a recent snowstorm that coated the valley floor, so the combination of the white snow and the dark river created a perfect balance of light and contrast for a black-and-white photo,” Jagaciewski says. www.bijoucreativegroup.com Chad Brown took the winning Instagram photo from the Fannette Island Tea House during a kayak camping trip with his 5-year-old son. The father and son paddled over from their Emerald Bay camp spot for hot cocoa, coffee and breakfast before Brown used his new Nikon D810 to snap this shot. www.chadbrownimages.com Mark Venner took this photo on a calm December morning at Sand Harbor while showing off Lake Tahoe to visiting family. Venner says his kids, ages 4 and 6, were “trying their best to not fall in while hopping around on the rocks.” Amid their rock-hopping efforts, they made time for their dad to snap this award-winning photo in the Kids category. www.markvennerphotography.com Freddy Oropeza was paragliding over the East Shore with friend Hunter Petersen when he shot the winning Sports photo using a helmet-mounted camera. The camera features a specially wired cable trigger, “which I fire with my mouth by biting on it, in order to keep my hands on the paraglider controls to avoid any wing misbehavings,” says Oropeza, adding, “This is one of my favorite areas to fly due to the ridiculously picturesque and pristine nature of Tahoe.” www.freddyophoto.com Peter Day was teaching a student about night photography from under Rainbow Bridge when he snapped the 90 or so photos that became this winning Landscape shot. Using a Tokina 11-16 f2.8 lens, Day faced east so the stars would orient perpendicular to the bridge (north gives circles; south gives lines parallel to the horizon, he says). Using a program called “Startrails” to achieve the star effect seen, he then spent roughly four hours layering the shots together in Photoshop. www.peterdayphoto.com