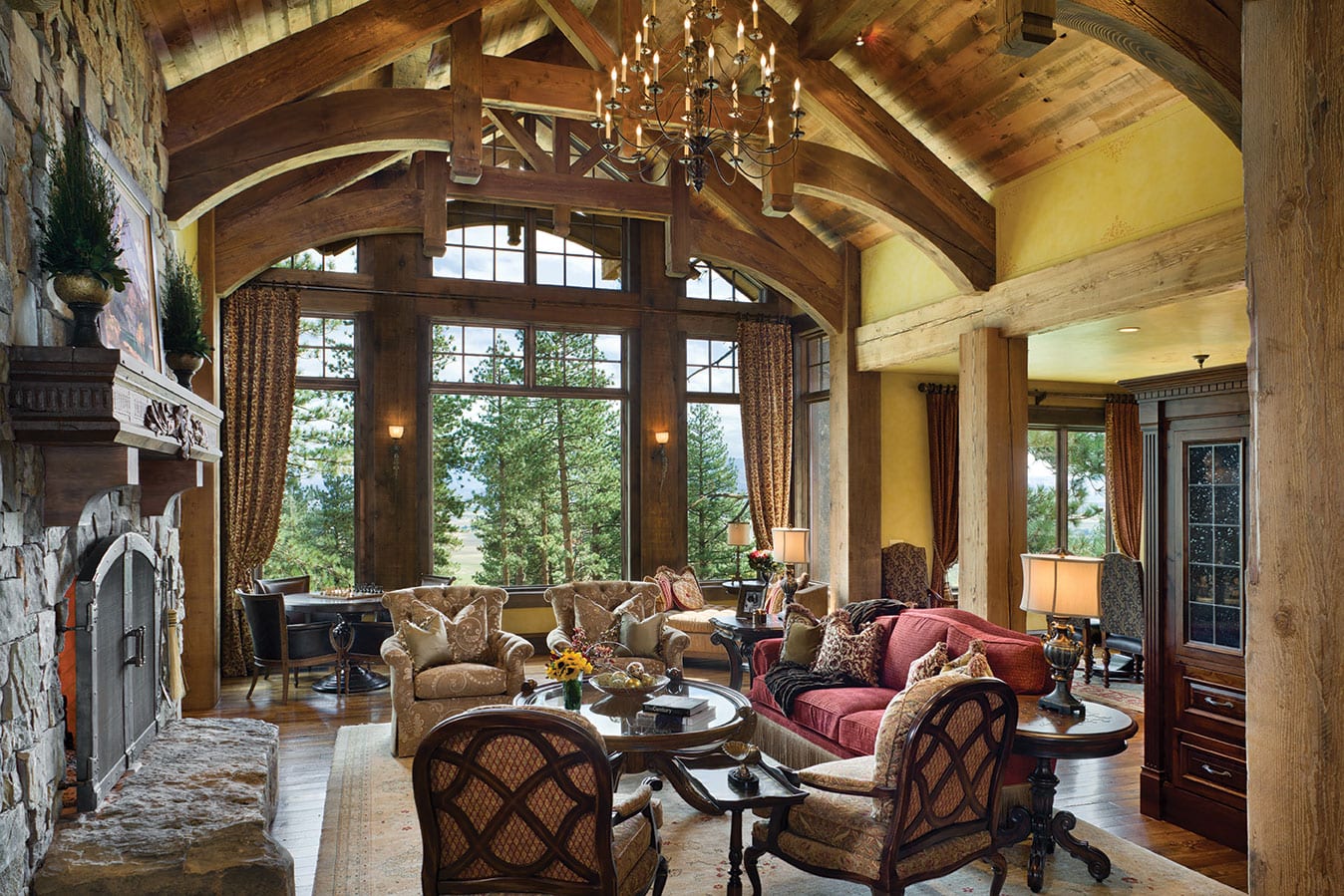 Two years after moving into their custom-built home, a family awoke in the wee hours of March 25, 2014, to the sound of every homeowner’s worst nightmare—the ear-piercing, intermittent screech of a smoke detector.

“My wife got our son out of the house, and I found where the fire was and started fighting it with the hose,” recalls the owner, who prefers to remain anonymous. He located the blaze in the chimney of an exterior deck fireplace, but surrendered his battle when super-heated rocks began shooting off the masonry.

Firemen arrived on the scene and took up the fight, which lasted about two and a half hours before the fire was extinguished. Although they salvaged what they could—including a large moose head that one of the firemen wrestled off the wall and carried out—the home was a near total loss. “The fire went into the attic space, so all the sprinklers didn’t really do any good. The kitchen area was gone, and the rest of the house was so damaged by smoke and water that it had to be torn down,” says the owner. “It was devastating.”

Down but not out, the family rehired the same architect and builder—Locati Architects and Schlauch-Bottcher Construction (SBC), both out of Bozeman, Montana—to rebuild the home from scratch. The owners’ insurance company put them up in a rental house for the duration of the project, which began shortly after the fire and, with the exception of a new greenhouse, hot tub and landscaping, wrapped up in July 2016.

“It was a learning process for us; it was the first time that we had experienced having one of our projects burn to the ground after completion,” says project architect Steve Locati, adding that only slight tweaks were made on the second build, which otherwise is an exact replica of the original. After researching online, the family originally chose Locati and SBC—which often work together on projects—to build their dream home on a forested plot of land on the eastern flank of Job’s Peak in Gardnerville, Nevada. The property abuts the California-Nevada state line and offers filtered vistas of the Carson Valley below and clear views up the steep and rugged, granite landscape of Job’s Peak above. It was an ideal site for the type of rustic elegance the owners imagined.

For the second build, like the first, the goal was to create a functional yet site-sensitive home, with an emphasis on daily living and a classic aesthetic. Large, century-old reclaimed timbers were used throughout the interior, as well as reclaimed fir and oak flooring—all from Bozeman-based Montana Timbers. Locati designed selective archways as a way to reduce the visually heavy timber trusses and give the interior a soaring, more open feel. Adding to the rustic theme of the home, many antique pieces from the owners’ collection that were saved from the fire were incorporated into the build. For example, an ornate wooden carving from the seventeenth century, which was once part of a mansion doorway in England, was built into a bar. An old jail door with vertical metal bars leads to a wine cellar. A large California map from 1876, with Lake Tahoe identified as “Lake Higler,” adorns a wall. And a media room with an 85-inch TV and tiered rows of plush seating is decorated with retired mining equipment. The entrance to the media room is made to look like a mine entrance.

For SBC project manager Jamie Bottcher, the challenge of seamlessly building around the antiques was among his favorite aspects of the job.

“I always enjoy that, because that’s where you can really see a client’s personality coming out. It’s not something that a contractor just brought in,” he says. “And I think [the clients] even took that to the next level with old cash registers and lollipop scales and those types of things.”

Another feature Bottcher enjoys about the home is its “courtyard effect.” This is created by the way the structure wraps around two sides of the front parking area, along with a detached workshop/garage with a large office above that boxes in the space. The master suite is located above the primary two-car garage, which juts perpendicularly off the main residence.

“That tends to look like a separate building but it’s not, and that is intentional,” Locati says of the garage and master suite, which was designed to capture the view up to Job’s Peak. “The overall main residence, which is the larger structure, is meant to look generational, meaning that it has been here for many years and passed down through generations of the family and has been added onto.” Among other highlights of the home, every room has a door that opens to the exterior, while the downstairs includes a pool table and poker table, a workout room, craft room and a special dog room for the owners’ two large canine companions. The aforementioned media room and wine cellar also are located downstairs, along with a guest bedroom.

A large covered deck off the main floor is another prime hang-out spot, with an outdoor kitchen and dining area, furniture, heaters attached to the ceiling and a fireplace. A greenhouse and hot tub beyond the covered deck were added after the owners moved back in.

To pull off such an extensive project, many professionals played a role, including Locati architect Andy Daigle, Amanda Heys of Locati Interiors, and SBC’s Dave Haney and Paul Ehlers, who were project supervisors on the two separate builds. In all, around 20 SBC employees worked on the home, says Bottcher, as well as numerous subcontractors.

“I think it’s a great showpiece for a lot of custom artisans’ work, whether it be the cabinetry or tile work,” Bottcher says. “It always amazes me on any of these homes how many truly talented people it takes to work as a unified team and ultimately pull off a joint effort that everybody is proud of.”