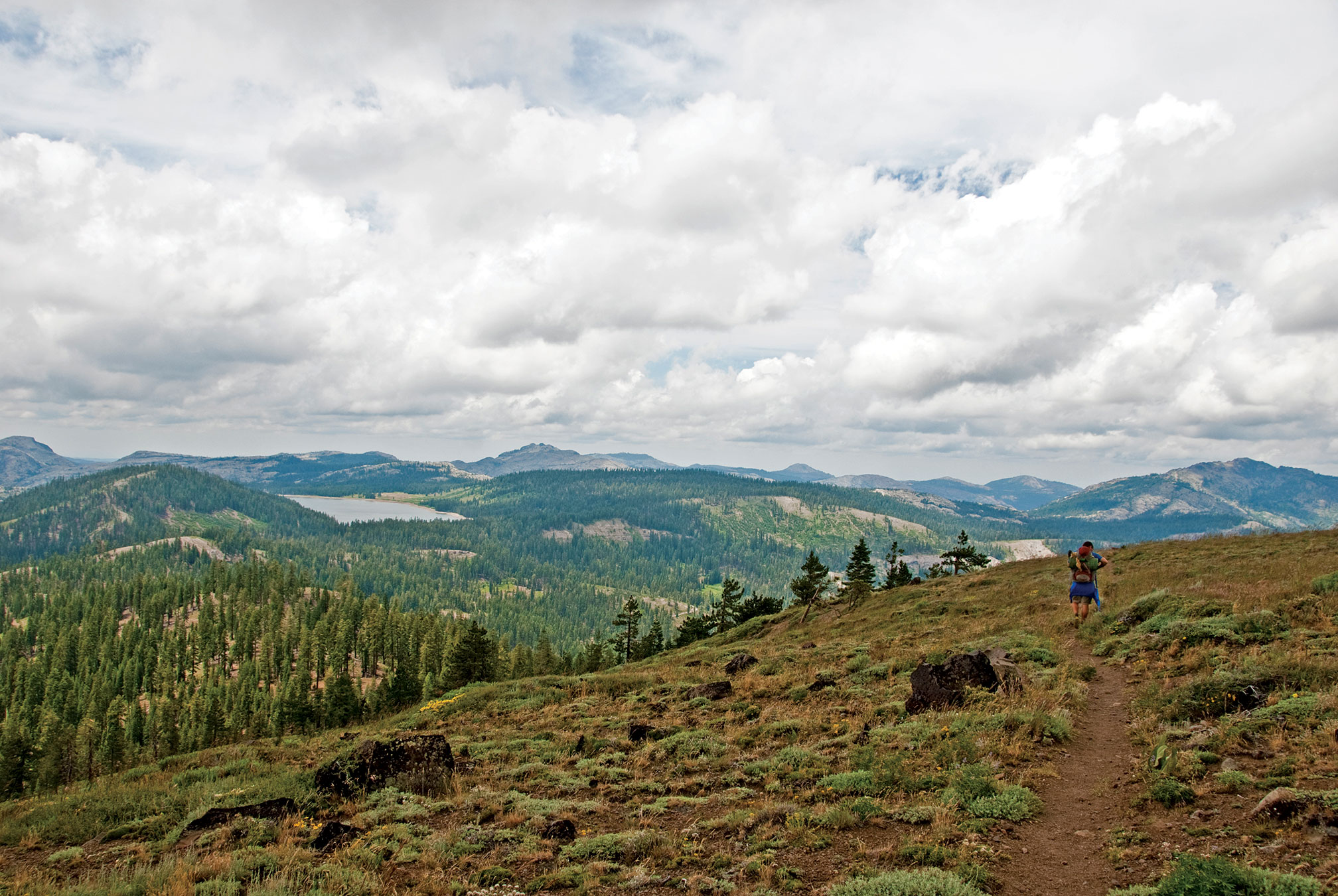 06 Jun Trekking the PCT through Tahoe

It was a gift to arrive on Lake Tahoe’s shores on our thru-hike of the Pacific Crest Trail (PCT). In early July 2015, about a dozen of us had hiked more than 1,000 miles from Mexico to the Mojave, through the San Bernardino Mountains and finally into the Sierra to arrive on the beach of the bluest lake any of us had ever seen.

We hiked along the rim of The Lake, joining other backpackers on their journey along the Tahoe Rim Trail and witnessing what other gems were in store within the surrounding areas: Desolation Wilderness, Aloha Lake, Dicks Pass, wildflowers at every switchback, as well as wildlife, cabins and camaraderie.

It was a breath of fresh air. As the Tahoe section of the PCT began—north of Sonora and south of Interstate 80—the hardest parts of the Sierra trails were behind us, but the mountain range’s grandeur and beauty never lessened. The terrain was easier, which meant we could take our eyes off the trail to enjoy the scenery. Simple access on and off trail made for a great time.

This section of the PCT, wedged between ski slopes and lakes littered with islands begging to be swam to, was a favorite section for many in our party.

Sean Jansen is a freelance journalist based in Humboldt County, California. Along with his exploits on the PCT, he has also traveled extensively abroad and is always on the lookout for another adventure. For more of his work, tune in to his Instagram: @jansenjournals The group pitches tents on the first night out of South Lake. The team sets up their first camp after leaving South Lake Tahoe. The first night after a resupply, when there’s
fresh food and everyone feels rejuvenated, is always a favorite. The scenery along the way to Sierra City. On Dicks Pass, located in Desolation Wilderness on the southwest end of Lake Tahoe, each switchback seems
to burst with wildflowers. Wildflowers in bloom along the Tahoe section of the PCT. A member of the hike taking a break to take it all in after a 500-foot climb to the ridgeline. Calvin “Burgundy” Rhodes makes quesadillas in one of the rare cabins on the trail.