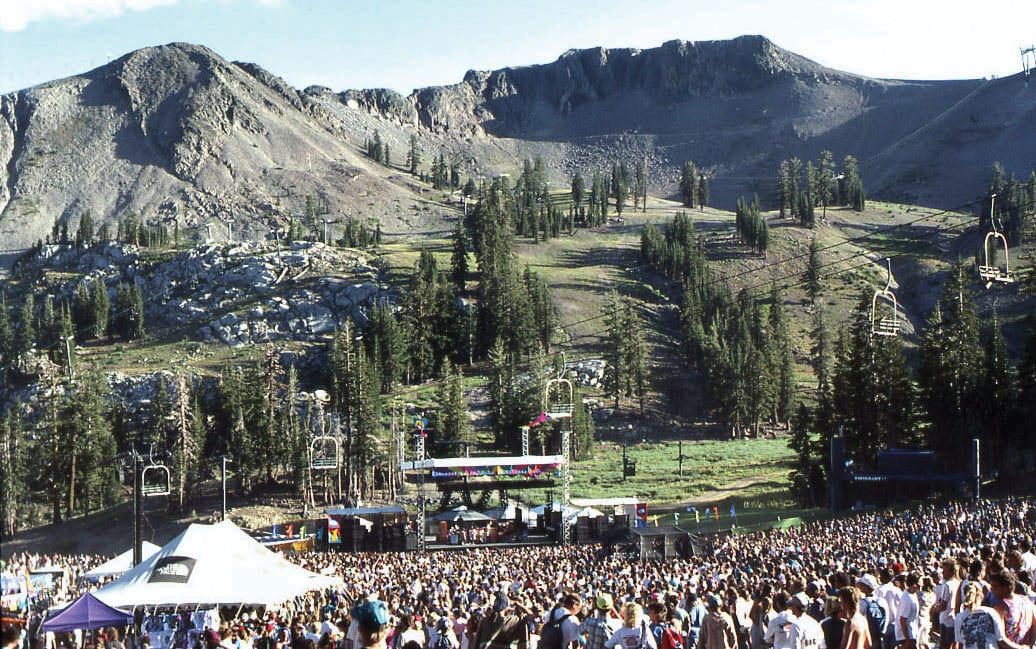 Written by Matthew Renda Posted at 10:37h in Looking Back, Summer 2017 3 Comments
Share

Lake Tahoe is many things, but it is not traditionally thought of as a catalyst for the evolution of rock ‘n’ roll music.

Notwithstanding, there is an argument to be made that a defunct bowling alley on Tahoe’s North Shore, the Kings Beach Bowl, served as an incubator for some of the greatest acts in rock ‘n’ roll history, including Jimi Hendrix, Janis Joplin, Neil Young, Stephen Stills and the Grateful Dead. The makeshift concert venue only operated for two years and held no more than a few hundred people.

Owned by Dave Jay and Allan Goodall, the Kings Beach Bowl—now the North Tahoe Event Center—was initially constructed as a furniture store but was converted into a bowling alley at some point in the 1950s.

By the time Jay and Goodall operated the building, its use as a bowling alley had diminished. But Jay’s teenage sons, Warren and Gary, were in a Sacramento-based band called The Creators (and were also friends with Goodall’s son), so the owners converted the building into a dancehall and let the young rock group play concerts on the weekends.

Happy to be earning any proceeds at the location, the two owners hired a professional booking agent to fill out the roster of bands, but were careful to lean on the advice of the younger generation, who at the time were plugged into the burgeoning music scene that surrounded the Fillmore West. Before the late 1960s, the Fillmore West, located on Van Ness Avenue in downtown San Francisco, was called the Carousel Ballroom. The venue had historically hosted big band acts during the Jazz Age and later became a predominantly African American concert hall, featuring the likes of B.B. King and other notable blues musicians.

However, it encountered financial difficulties and, for a short time in 1968, was run by a collective that included the Grateful Dead, Jefferson Airplane, Quicksilver Messenger Service, and Big Brother and the Holding Company, which featured the inimitable lead vocal talents of Joplin.

It was the height of the psychedelic era in San Francisco, and the bands used the Fillmore as a social and musical laboratory in which to experiment. The experiment was short-lived, lasting only six months, but it created lasting cultural and musical resonance that led to an evolutionary leap forward in the sound and intentions of rock ‘n’ roll.

Legendary rock promoter Bill Graham took over operation of the Fillmore West in 1968 and continued to provide a venue for the aforementioned bands and others. By that time, the Fillmore West was unquestionably the epicenter of the psychedelic rock movement, which gained popularity throughout the United States, particularly among San Francisco–based youth.

It was this growing popularity that led The Creators to urge the agents at Kings Beach Bowl to successfully book acts such as Hendrix, Big Brother and the Holding Company, Buffalo Springfield, Creedence Clearwater Revival, Country Joe and the Fish, and Iron Butterfly, among others. The Dead in Tahoe

But no band is more synonymous with the Kings Beach Bowl era—and perhaps the entire psychedelic rock scene of the late ’60s—than the Grateful Dead.

Formed in 1965 in Palo Alto, the Dead has one of the most loyal followings of any rock ‘n’ roll band in history, based largely on its eclectic musical style that incorporates elements of folk, bluegrass, jazz, blues, rock, reggae and psychedelia. The unique music style is coupled with the distinctly Americana-inflected poetics of Robert Hunter, who wrote most of the band’s lyrics despite being a non-performer.

Fronted by Jerry Garcia, Pigpen McKernan and Bob Weir, and supported by Phil Lesh, Bob Kreutzmann and Mickey Hart, the band paved the way for the itinerant jam-band-style approach, with frequent concerts played all over the country and a community of “Dead Heads” following the band from city to city.

Now a household name identified closely with the hippie movement and the generational forces it brought, in the late ’60s the Grateful Dead’s profile was distinctly local and somewhat restricted to Northern California. The band played 64 concerts at Fillmore West and became closely affiliated with Graham.

What is lesser known is that the Grateful Dead played at least six concerts in the Tahoe area from 1967 to 1968, including two legendary sets on two separate nights in February ’68, which were recorded and later released and distributed in 2001.

The Grateful Dead is believed to have made its formal Lake Tahoe debut at the beginning of the summer of 1967 at the American Legion Hall in South Lake Tahoe.

Unlike the Kings Beach Bowl, the American Legion Hall had been operating as a full-fledged rock ‘n’ roll dancehall since 1958, operated by Jim Burgett, whose band regularly put on shows. While Burgett acted as the main attraction, he would also book various headliners to fill out the dates and managed to get the Grateful Dead to play a show early in the summer of 1967 (Burgett also booked additional big-name acts at the American Legion Hall and later the Fun House in South Lake Tahoe, including Santana, Steppenwolf, Chuck Berry and others).

The year marked the first studio album of the Grateful Dead, a self-titled affair comprised mostly of old blues tunes and other standards.

Apparently enamored with Tahoe, the band returned to the Basin later in the summer of ’67, playing shows at the Kings Beach Bowl on August 25 and 26.

It was a watershed moment for the Grateful Dead, as it came only a week before the band added Robert Hunter, one of the Merry Pranksters who experimented with LSD alongside Ken Kesey in the early ’60s and the man responsible for some of the most iconic lyrics in rock ‘n’ roll history.

Not much remains from the concert itself, but the Grateful Dead apparently liked playing the Kings Beach Bowl enough that they returned on two more separate occasions, playing a total of four more shows. End of an Era

By the summer of 1968, many of the Fillmore bands like Buffalo Springfield, Big Brother and the Holding Company, and Jimi Hendrix Experience had achieved a more national following—thanks in part to iconic events such as the Monterey Pop Festival in June 1967. As a result, many of the bands the Kings Beach Bowl drew in ’67 were too expensive to book a year later.

Nevertheless, the Grateful Dead played one more show at the Kings Beach Bowl in July ’68, becoming the last major act to play the small venue and drawing down the curtain on a pivotal era in North Lake Tahoe’s role in the evolution of rock ‘n’ roll.

One interesting tidbit from those days can be found in a biography of Jerry Garcia called Dark Star, where Garcia’s on-again, off-again romantic partner and eventual wife, Carolyn Garcia—a Merry Prankster nicknamed Mountain Girl—recounts a night of camping on Tahoe’s West Shore. Mountain Girl describes how she and Garcia were put up in one of the many dilapidated motels in the region and, hating it, took their one and only camping trip.

“We spent the night looking at the stars and it was as sweet as it could possibly be,” she wrote. “That is one of my most treasured memories because it was the only time we ever did anything like that and it was completely on a whim.”

While Tahoe’s role in the explosion of West Coast–based psychedelic rock of the late 1960s was short-lived, Garcia and Graham would reunite to usher in a new paradigm for music at The Lake. Among the acts on the impressive register of bands, Bela Fleck and the Flecktones, Tower of Power, The Neville Brothers, Booker T. & the M.G.’s and Jimmy Cliff all played at the Gold Coast Mountain Concert Bowl at the top of the ski resort.

Garcia played both days, the first one fronting the Jerry Garcia Band and the second playing with David Grisman, the virtuosic mandolin player who often teamed up with Garcia to play more subdued and folksy arrangements from the Grateful Dead catalogue and the Great American Songbook.

The two-day festival was a triumph of logistics and paved the way for other music festivals in the Tahoe area, most notably the Wanderlust Festival, the annual melding of music, yoga, outdoor adventure and mindfulness.

Tragically, the 1991 concert would prove to be the last significant contribution of Graham, who died in a helicopter accident two months later just west of Vallejo, California.

Four years after the Squaw Valley Summer Music Festival—and 27 years after playing his final show at the Kings Beach Bowl—Garcia died of a heart attack at the age of 53.

Matthew Renda is a Santa Cruz–based writer and music fan.