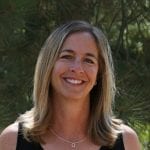 After graduating from Miami University with a degree in mass communications and Boston University with a master’s in journalism, Sue served as a newspaper editor aboard five-star San Francisco-based Royal Viking Line cruise ships sailing worldwide. She has freelanced for publications such as Harper Collins guidebooks to Europe and South America, United Airlines’ in-flight magazine and trade magazines Travel Age and Travel Weekly. She has also held the positions of new markets managing editor and national content director for the online local guide, Citysearch. Most recently, Sue served as vice president of community content for NewsWick, a news-sharing start-up.

An Incline Village resident for 22 years, Sue has, in various turns, written for and edited Tahoe Quarterly since 2000. With her husband Tom and sons Max and Ben, Sue enjoys food and drink adventures near and far, including a family gap year during which they traveled to 23 countries on five continents, detailed for TQ in Adventures in Eating Abroad.