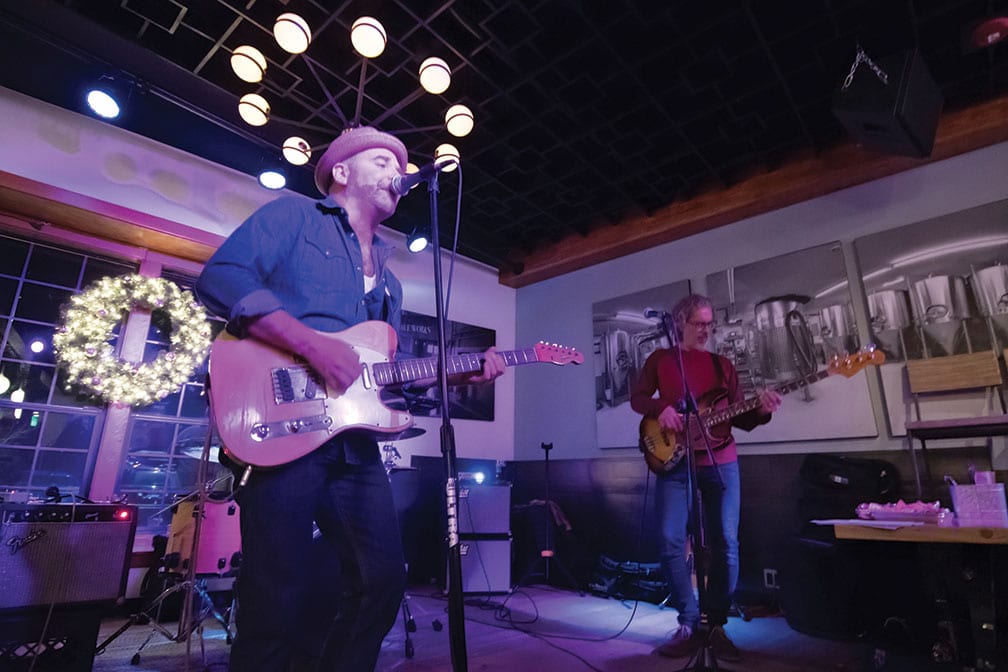 To get a local event published in the next Social Scene, submit photos to Clayton Humphries at clayton@tahoequarterly.com. Use the subject “TQ Social Scene.” 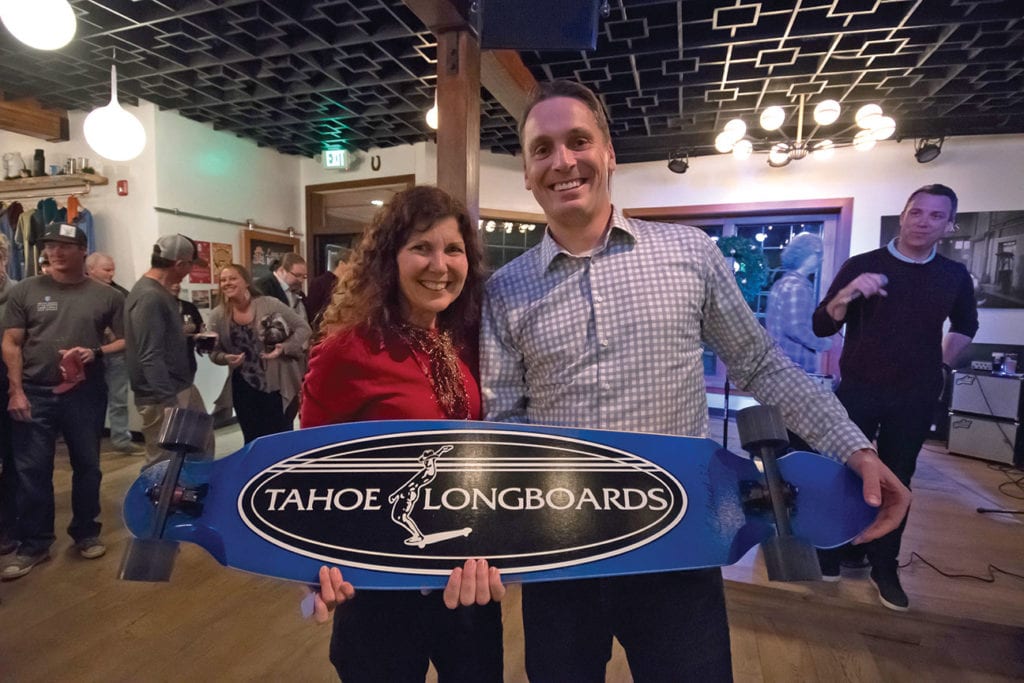 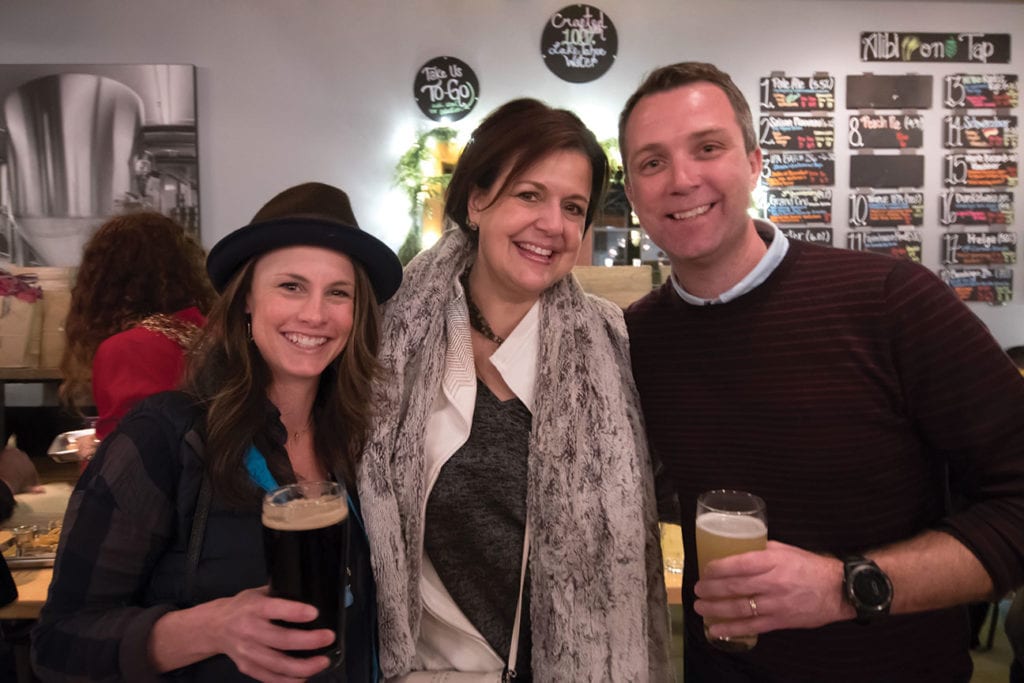 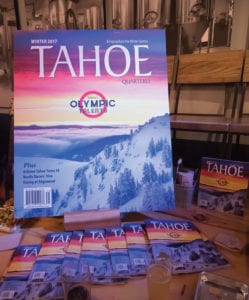 Tahoe Chamber’s Connect for a Cause Mixer 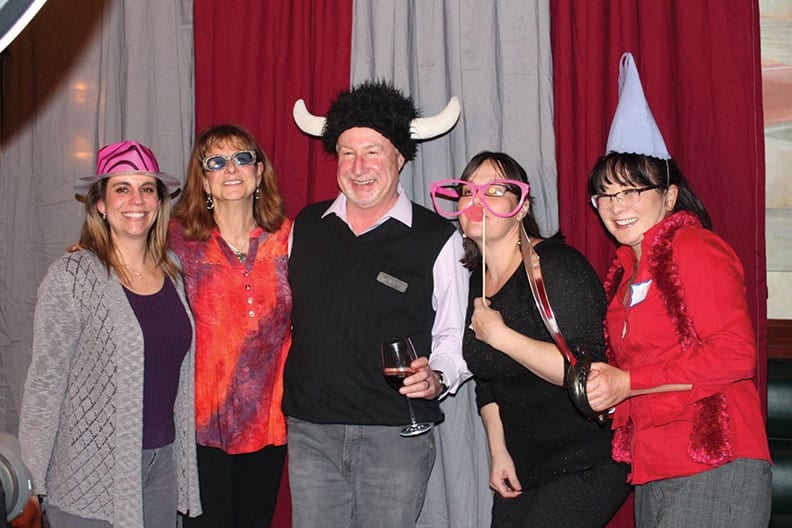 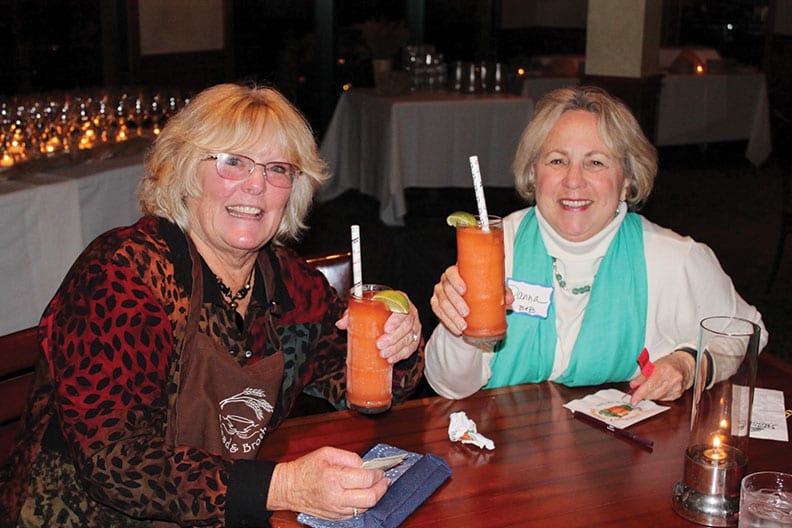 Squaw Alpine payed tribute to the good ol’ times with the Retro Aprés Ski Party hosted by Jonny Moseley on December 30. Held in the Alpine Meadows Lodge, the event featured a retro ski outfit contest and classic beats from the ‘60s through ‘80s provided by DJ Rooney. 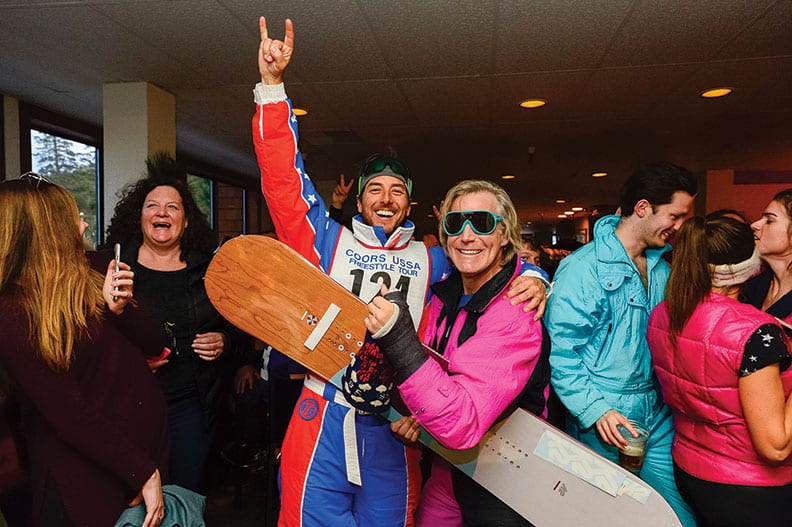 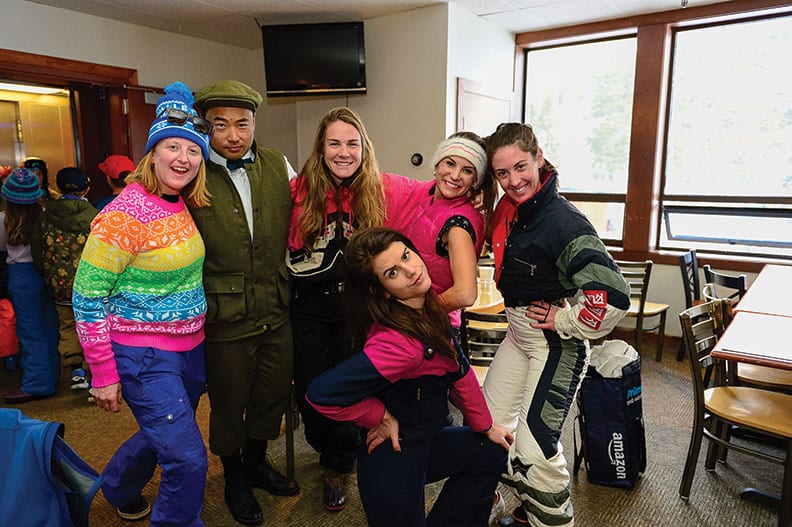 Members of the University of California, Berkeley, marching band hit the slopes of Sierra-at-Tahoe for the annual Cal Band on Broadway event January 12–13. After skiing down with instruments in hand, the band treated skiers and riders to a mix of fun covers. 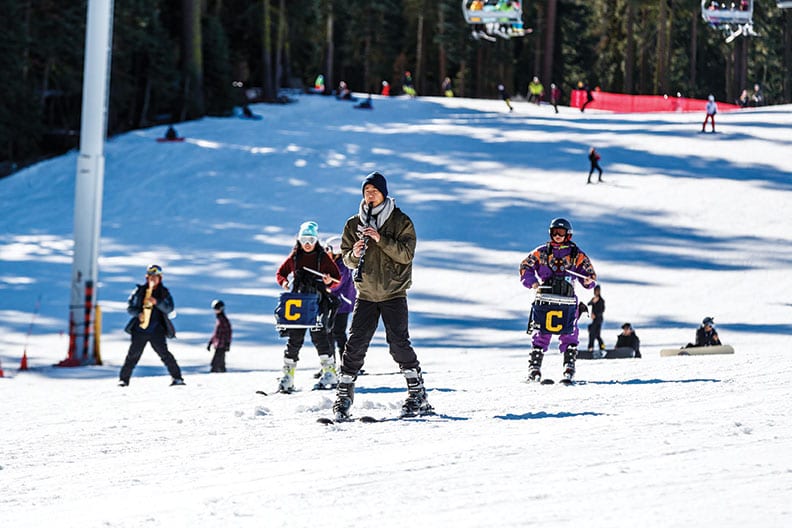 Playing an instrument while skiing down a mountain is not as easy as it looks, photo by Brian Walker, courtesy Sierra-at-Tahoe 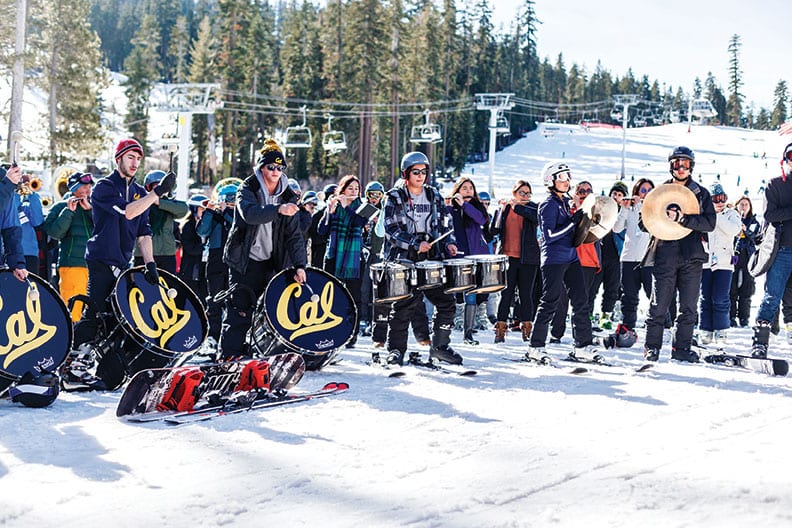 The Cal Band lays down some covers after skiing down with their instruments, photo by Brian Walker, courtesy Sierra-at-Tahoe

A group of hard-working folks volunteered their time and energy at the 20th annual Tahoe Forest Stewardship Day. Put on by the League to Save Lake Tahoe, the volunteers helped restore the Angora Burn area in South Lake Tahoe. 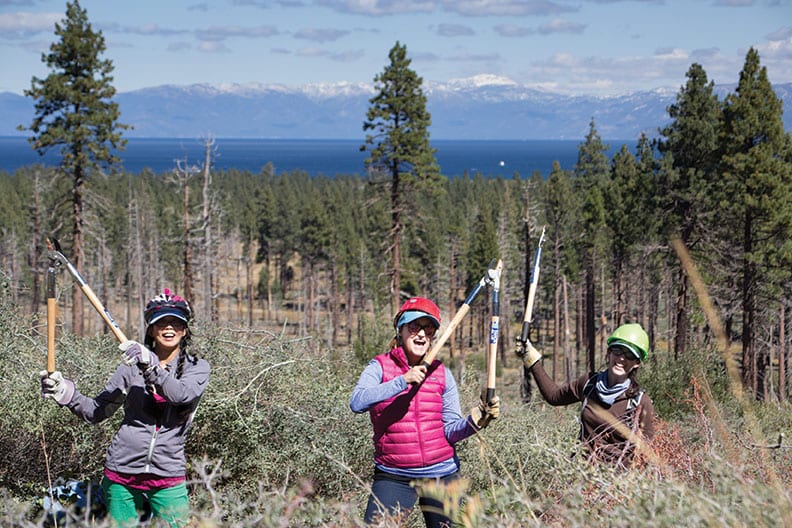 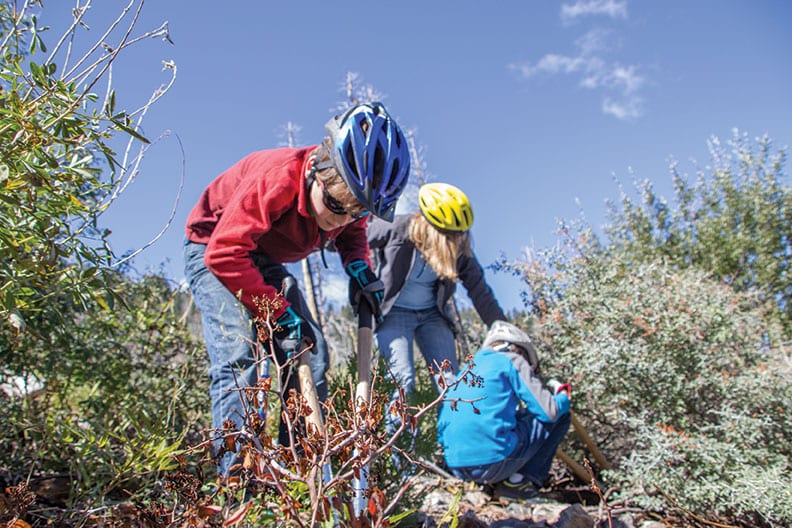 Helpers of all ages participated in the 20th annual Tahoe Forest Stewardship Day, photo courtesy League to Save Lake Tahoe 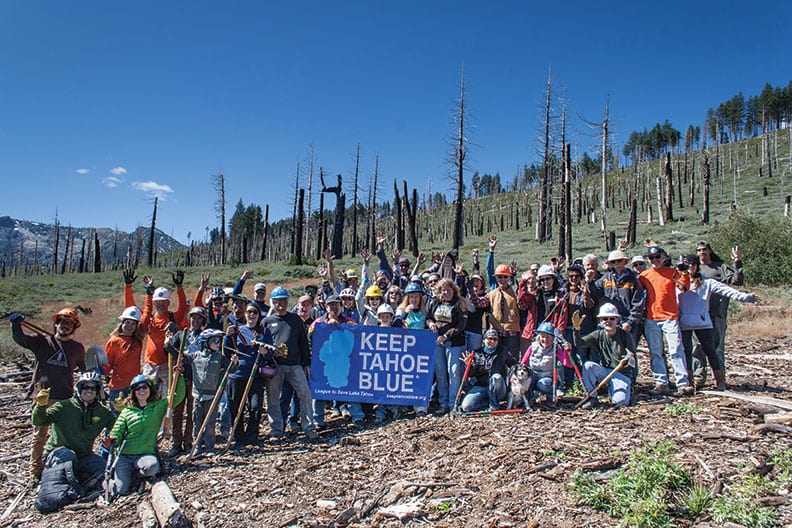 Volunteers celebrate at the end of the day’s work at the 20th annual Tahoe Forest Stewardship Day, photo by Bob Harms

Tahoe Fund donors gathered at a Carnelian Bay home (which was featured in TQ’s 2016 Ski & Ride issue) to celebrate a successful year of accomplishments for the organization. 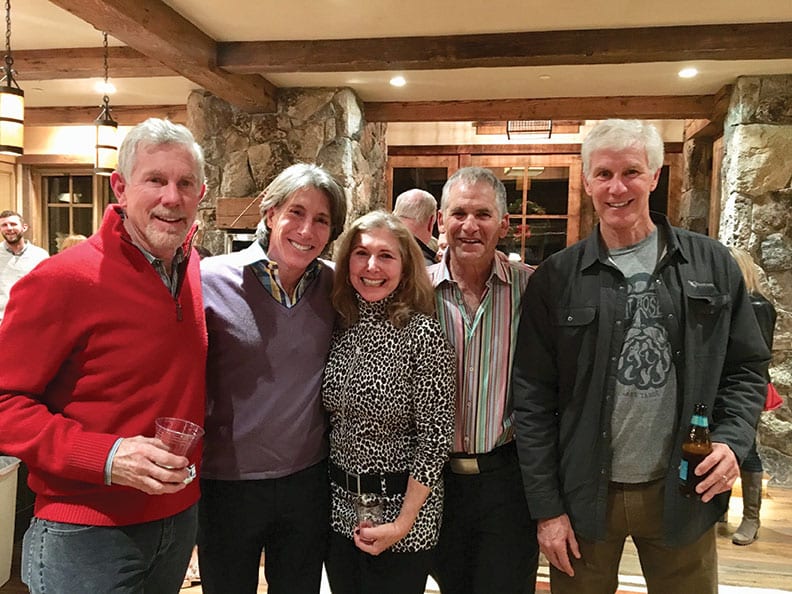 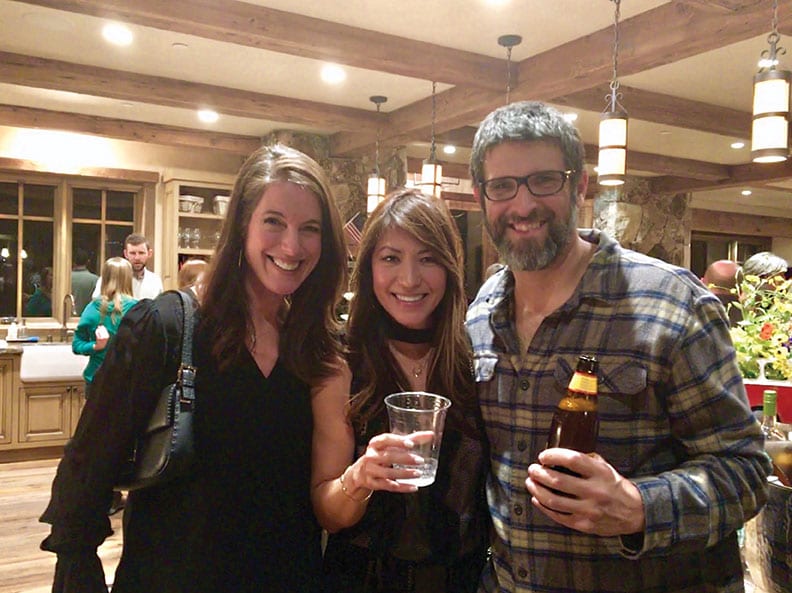 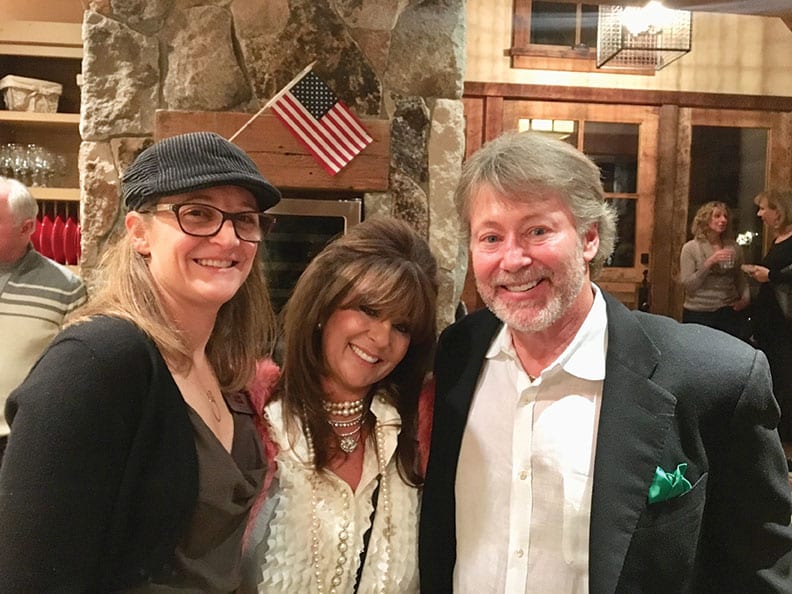 The 14th annual Squaw Valley Prom went off in the Olympic Village Lodge on New Year’s Eve. Presented by the High Fives Foundation and Charity Smith, the prom featured a Great Gatsby theme with beats by DJ Spinbad and DJ Dojah. 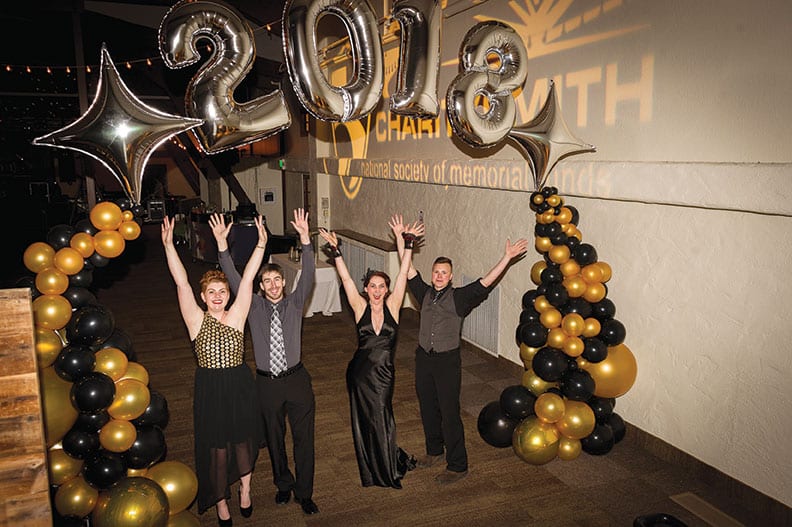 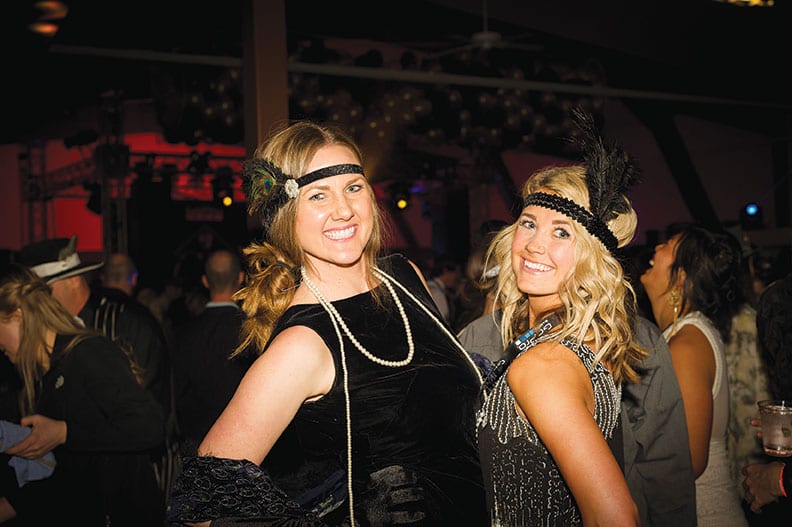 A couple of prom attendees go all in on the Great Gatsby theme, photo courtesy Squaw Alpine 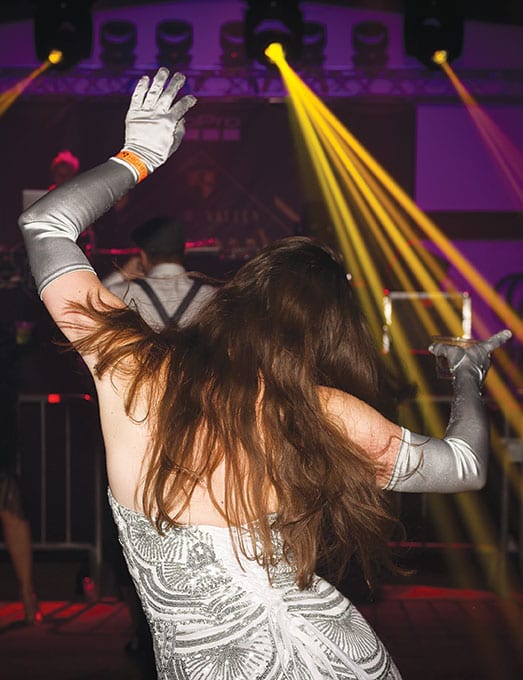