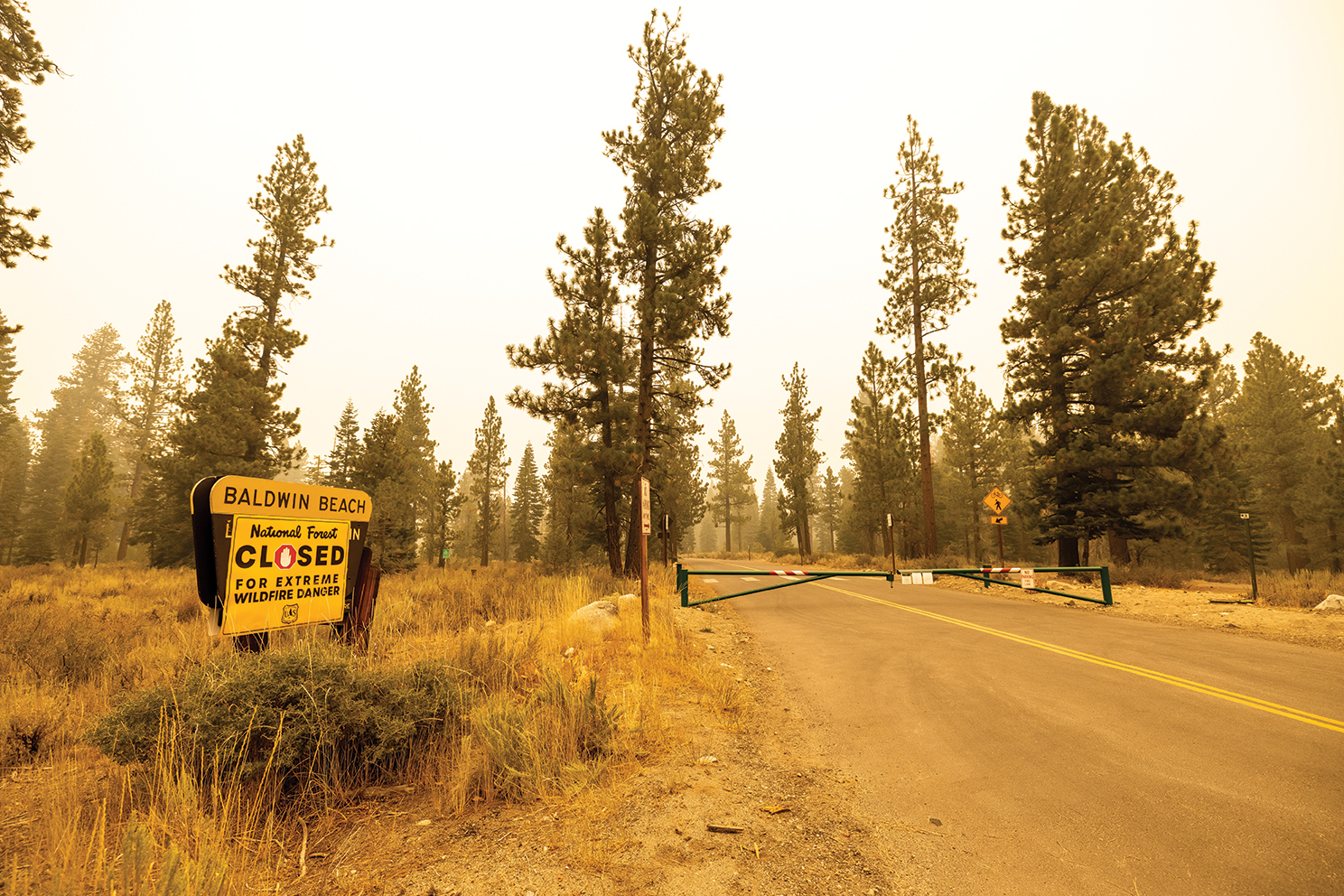 Businesses that rely on visitors suffered this past summer as smoke and forest closures limited the number of people coming to the lake, photo by Brian Walker

The Path to Prosperity

The pandemic and several summers of wildfire smoke and forest closures have accelerated a problem that has persisted for decades in the Tahoe Basin: The economy is overly dependent on tourism, which makes the region vulnerable to anything that stops people from coming to the lake.

“We have talked about diversifying the economy and being healthier and more resilient for the 30 years I’ve been involved in Tahoe issues,” says Placer County Supervisor Cindy Gustafson, who, along with South Lake Tahoe entrepreneur Chris McNamara, serves as co-chair of the TPC’s Basin Wide Steering Committee—the group tasked with developing solutions.

Gustafson says the problem with Tahoe’s reliance on tourism came home to roost again this past summer when forest closures and smoke from the Caldor Fire cut short the peak business season in Tahoe.

McNamara admits that the challenge of diversifying Tahoe’s economy is a daunting assignment. Yet he remains optimistic, in part because of the array of capable individuals assembled from around the lake—a group that represents local residents, business, education, workforce, community, government and tribal organizations.

“It’s a pretty tough goal, but it looks like a solid cast of characters are involved,” says McNamara, the founder and owner of OutdoorGearLab and TechGearLab. “I think one of the biggest challenges in Tahoe is how, both physically and metaphorically, we are divided. A one-word solution is collaboration. [We need to] be where the common ground is and focus on that.”

McNamara points to Reno as a success story. The city has made a concerted effort in recent years to diversify its economy by moving away from its gambling and tourism focus. The strategy has worked, as Reno continues to evolve as an up-and-coming economic power.

“For me, there will be an action plan. I’m a big believer that a system of collaboration is more important than individual goals,” says McNamara. “When projects come up, we have a track record. We have changed the culture. It’s really amazing what we can get done when you seek out a shared goal.”

On October 13, the Tahoe Prosperity Center published its “2021 Baseline Report for the Tahoe Basin: Living and Working Today in and Around the Tahoe Basin,” providing detailed information on the state of region’s population and economic situation.

The number of year-round residents in the Tahoe Basin has declined 11 percent since 2010, to 53,688, while more than half of the workers in Tahoe do not live in the Basin, leading to longer commute times, rising traffic congestion and elevated environmental impacts.

The population is also getting older, with a steady increase in the number of residents over 65 years old and a decline in those under 24. This means fewer families living in the Tahoe Basin and fewer workers to support local tourism-based businesses. Interestingly, Tahoe’s population is more educated than ever before, with the number of residents with advanced degrees increasing over the past decade.

Meanwhile, visitor-related businesses increased from 40 percent to 62 percent of all economic activity in the Basin over the past 10 years, but are subject to wide seasonal swings in employment and are highly susceptible to disruption.

The report concludes, “With the rise of economic, social and environmental disruptions caused by climate change, pandemics and rapid economic and technological shifts, the importance of economic diversification is rising as a central element in economic development planning at the regional, state and national level.”

While the report is intended to help the Basin Wide Steering Committee devise solutions, individuals from outside the committee are encouraged to participate as well.

“We are also getting input from other focus groups and there are a variety of ways for people to provide input on this, including a survey online,” says Heidi Hill Drum, Tahoe Prosperity Center’s chief executive officer.

The goal is to gather input before the new year, with a plan in place by March 2022 that will detail “the top strategies that have the most opportunity for our region,” says Hill Drum.

“There is no silver bullet,” she adds. “It will require a variety of solutions and ideas. We need to put some things into action to help diversify our economy, to help workers have better wages and better opportunities to make a thriving community.

“We hope that each of the committee members and community leaders will look at strategy and workable solutions that will turn off the snooze button and wake us up. If we don’t do something, we are only hurting ourselves in the long term.”

“It is a broad-based committee with people from throughout the Basin, elected officials and business leaders—people dedicated to the community,” she says. “I’m really encouraged that they are willing to put in the time again. We all realize how urgent it is and that it is a time to be bold. We really encourage anyone with ideas and background who cares about Lake Tahoe to get engaged and work with the Tahoe Prosperity Center and this envision group.”

Adds McNamara: “In the end, I’m excited to be a part of it. With more great people around Tahoe sharing exciting goals, good stuff can happen.”

For more information here on how to get involved.