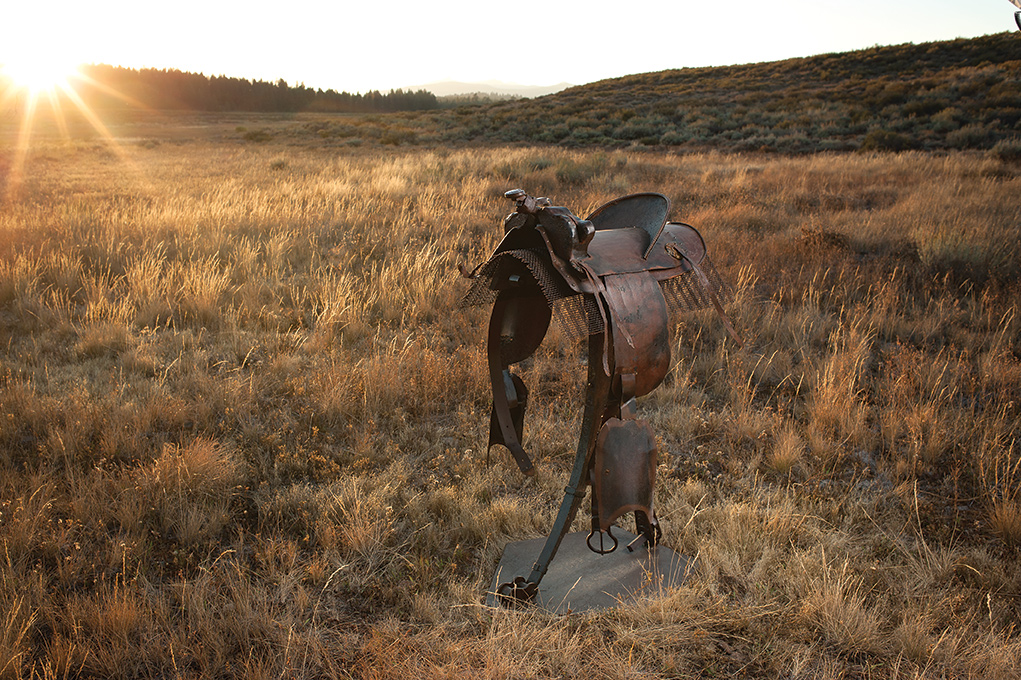 Sculptor Pat Blide credits his mother, who single-handedly raised four boys and a girl, for much of his current success. “My mom was really influential in getting us all to do art,” he says. “We used to make homemade Christmas presents, or birthday presents for our cousins; we’d paint rocks, turn them into ladybugs.”

This unique ability to make something special out of the ordinary stayed with him for life. 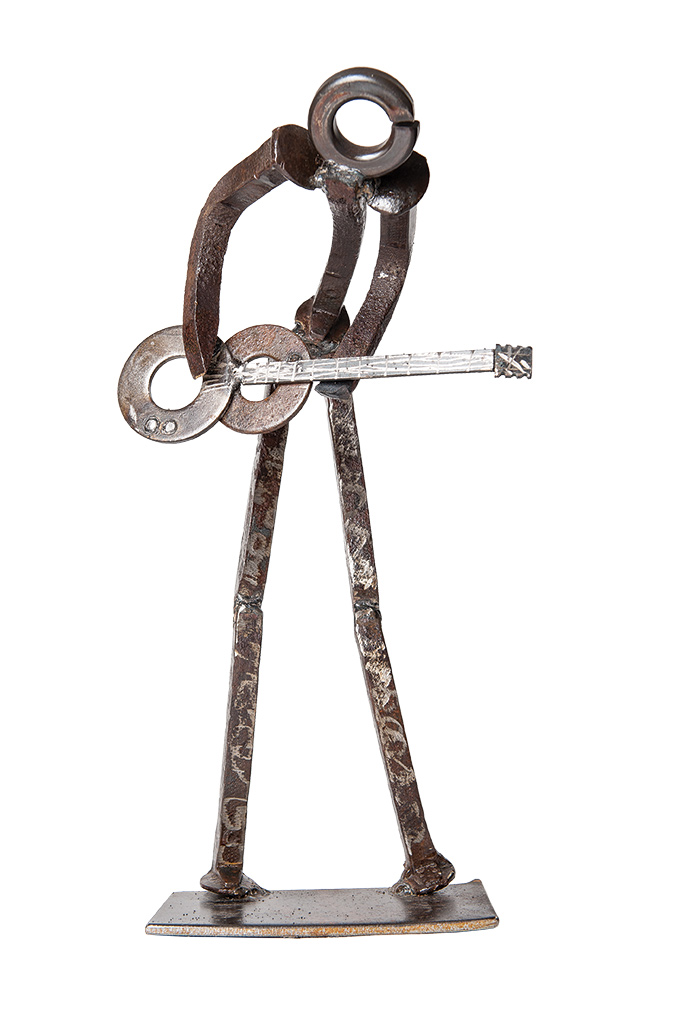 Blide grew up in the small, rural town of Afton, Minnesota. He learned to work with machines on local farms, rode tractors at a neighbor’s and had an influential ninth grade industrial arts teacher who insisted that he master everything he learned, which included welding.

In 1985, Blide followed one of his brothers, who was attending school in Chico, out west. Blide had already completed a three-year degree in mechanics and was looking for a job. A friend of his brother’s was working at Northstar-at-Tahoe (now Northstar California).

“To be honest, I had no idea there was snow in California,” says Blide. “I came out here and was shocked.”

The friend helped Blide get a job as a groomer and snowmaker. “It’s basically farming with snow,” Blide says. “So I fit in really well.”

From there, Blide worked at the Truckee Tahoe Airport for five years as a maintenance mechanic. When he and his brother started Blide Brothers Landscaping in 1998, Blide relocated down to Grass Valley, but he returned to Tahoe after a divorce and the decision to leave the business, moving to the small town of Calpine, just north of Truckee, four years ago. 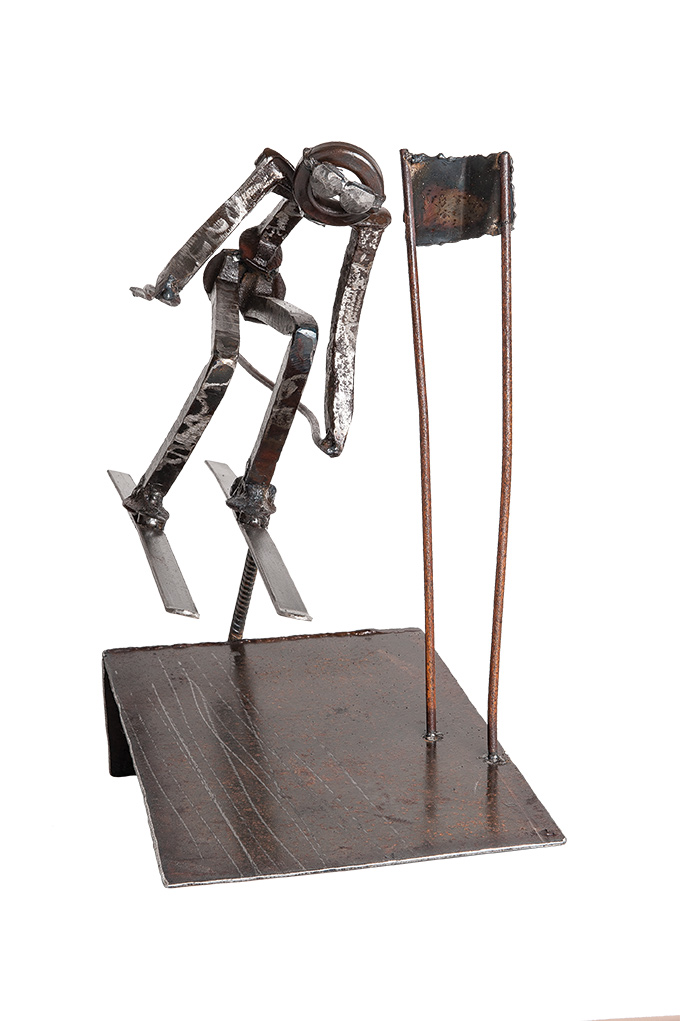 In the midst of other ventures, in the early 2000s, Blide started Wild Hair Welding as a hobby, creating sculptures out of mostly found materials. Just as he’d turn rocks into ladybugs as a child, Blide would search around railroad tracks and farmlands for “junk”—spikes, washers, gears, pipes and bolts—that he could turn into art.

“I go to a lot of the ranches out here,” Blide says. “Every ranch has an old metal pile, with old gears and really cool stuff. I take it home, organize the pile and when I need an idea, I go out there and my eye puts a couple of things together.” His ability to take these discarded scraps and make them make sense earned him the nickname “MacGyver.”

Blide began to display his sculptures at craft fairs. “I got nothing but positive responses, which drove me to keep going, to modify and improve.”

Many of his sculptures are inspired by events of his own life—horses and saddles recollect his rural childhood, airplanes hark back to his time as a mechanic—but Blide is perhaps best known for his “Spike Men.” Each Spike person is created by welding together seven railroad spikes—two for each of the legs, one for the torso and one per arm—and topped with a lock washer for the head. With these basics, Blide can make his Spike Men do just about anything—ski, cycle, play instruments, garden.

The Spike Men have proven enormously popular. Blide used to find his railroad spikes by walking along the train tracks but, after determining that the habit was trespassing and dangerous, now sources them from Roseville. “I’m going through 600 spikes [equaling about 85 Spike Men] a month,” he says. “That would have been tough to find.” He laughs at the thought of hauling 600 spikes, “and my arms would probably fall off.”

Blide uses hammer and anvil to bend and form the pieces that make up his Spike Men. When he’s ready to assemble a Spike Man, he begins by tack welding the first piece—usually the leg—to a table.  Tack welding is a form of intermittent welding that holds the metal in place while Blide puts the sculpture together. He likens it to a glue gun. “It’s metal that comes out of a gun,” he says. “You put it together with one dot of glue, and when you like it, you go back and glue it all together again.” If a sculpture isn’t coming together the way he imagined, he can easily dismantle the pieces and start anew. 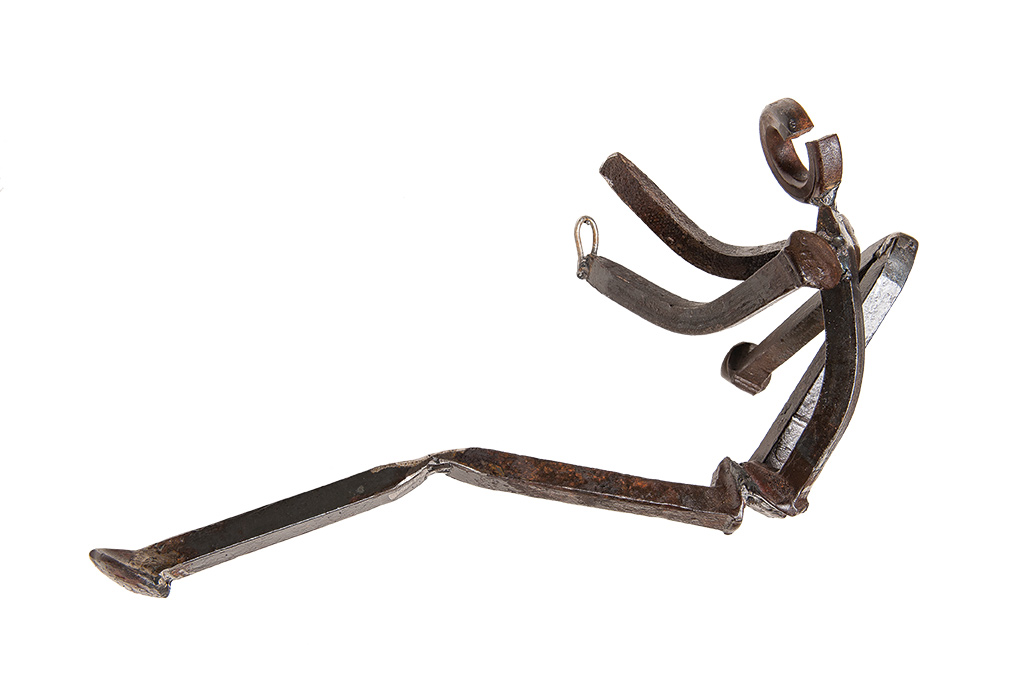 Blide’s works can be found at Truckee’s Riverside Studios. The art cooperative was founded by Alanna Hughes, who, says Blide, “had a couple of my pieces at her old studio on West River Street. When they moved [to the studio’s current location on Truckee’s Commercial Row], they let me put in more and more sculptures.”

Because Blide did so much work at Riverside, he approached the four owners—Hughes, Mary Buchan Guerra, Kahlil Johnson and Sondrea Larsen—about becoming a partner.

“We were not looking for another partner,” says Hughes. “Patrick came to us asking if we would consider it and we reacted with a unanimous ‘yes!’”

To celebrate his partnership, which became official on October 1, Blide created a giant diorama out of his Spike Men. His creations are BASE jumping, bungee jumping and performing rescues. He also created a train called The Truckee Flyer, made of ore mining wheels and a pressure tank, which is being driven and ridden by Spike Men.

“His sculptures are whimsical, well made and have wonderful movement to them,” says Hughes. “Word on the street is that Patrick is bigger than Truckee.” If, she continues, the area becomes just a stepping stone for Blide, “I will be proud to say that Riverside Studios was there for him.” 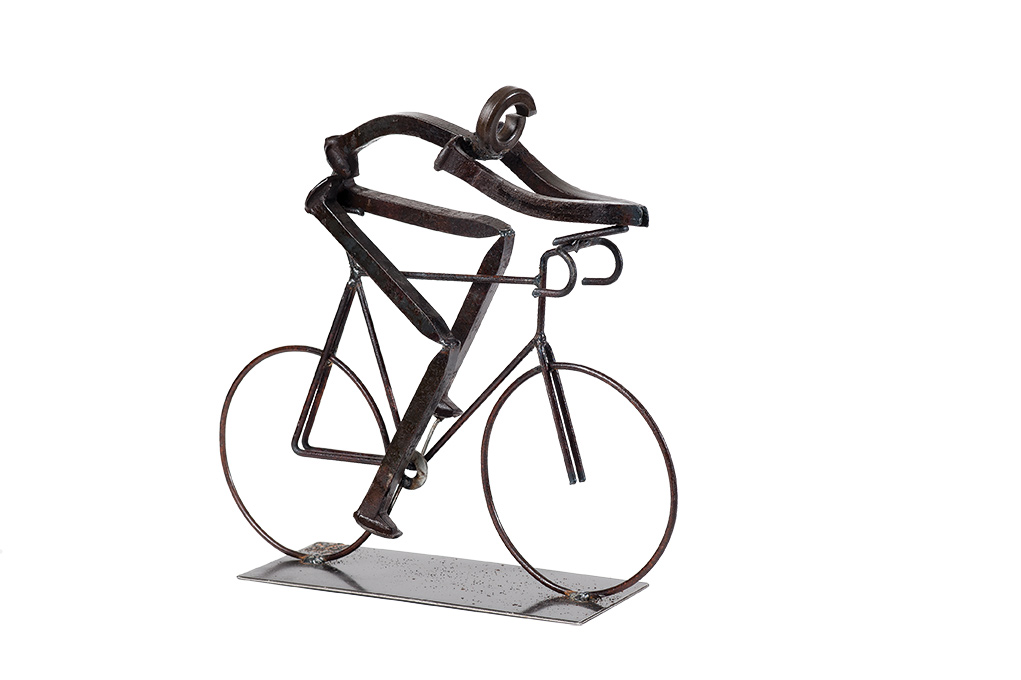 Riverside Studios is a cooperative art studio and boutique that sells a variety of locally made products—sculpture to ceramics to textiles and more—from more than 25 Tahoe-area artists. Blide will be working at the studio Wednesday and Sunday nights throughout the winter. “Riverside has been an unbelievable outlet for me,” says the sculptor, who notes that he does not have a website because he wouldn’t be able to keep up with work. “It’s beyond my wildest expectations.”

Alison Bender does most of her Christmas shopping at Riverside Studios (and usually ends up with a few gifts for herself as well).