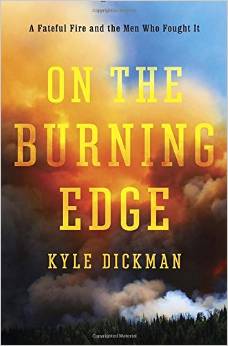 Summer is the perfect time to relax with a good book in Tahoe, whether you’re squirreling one away in your pack on a trip into Desolation or laying out with one at an East Shore beach. TQ’s staffers, writers and photographers offered their suggestions to add to your summer book bag.

Between Shades of Gray by Ruta Sepetys-While this sounds like a companion to the Fifty Shades trilogy, it’s actually a remarkable story about a Lithuanian girl set in 1941.

All the Light We Cannot See by Anthony Doerr-This won the Pulitzer Prize, for good reason! I didn’t think the subject would interest me- the intertwining stories of a blind girl in Paris and a boy recruited into the Nazi youth- but it’s an unbelievable story.

I Know Why the Caged Bird Sings by Maya Angelou-This should definitely be on any reader’s list, so if you haven’t read it yet, it’s probably time!

Gone Girl by Gillian Flynn-For the ten people in the world who haven’t read this yet, it’s a fun, fast psychological thriller. Plus, then you get to watch Ben Affleck when you compare the book to the movie.

Winter’s Tale by Mark Helprin-The story transports you to the New York of Belle Epoque with a story of struggle and the power of dreams. His prose is like music . . . and it carries over to his other novel, In Sunlight and in Shadow where he takes you back to New York City circa 1946.

Life after Life by Kate Atkinson-It’s hailed as “one of the best novels of this Century.” It’s inventive, thought provoking, has meticulous plotting and can easily be a compulsive read. I found it to be a challenging read.

Station Eleven by Emily St. John Mandel-This is a dreamlike story of a civilization’s collapse. Spellbinding, the story shifts between the fraught post-apocalyptic world and 20 years earlier where characters collide in a new future. I could not put this down!

The Infinite Tides by Northern California author Christian Kiefer-I bought this book after hearing the author interviewed on NPR (Sacramento station). He read excerpts from the book and I was hooked! His main character, an Astronaut, comes back from living on the space station to face the complexities of what he left behind. It deals with love, loss and resilience in an honest & heartbreaking way.

Why We Write edited by Meredith Maran-Featuring 20 acclaimed authors professing “why” they love (and hate) their craft is enlightening. Sue Grafton, Jane Smiley, David Baldacci, Michael Lewis . . . are just a sampling.

The Girl on the Train by Paula Hawkins

The Wild Trees by Richard Preston-A well told story of different people who started off obsessed with finding the world’s tallest tree and evolved into the foremost scientist in redwood canopy ecology, pioneering tree climbing along the way.

Getting Stoned With Savages by J. Maarten Troost-Fun travel writing with a great sense of humor about a guy who tags along with his girlfriend on a humanitarian job to a remote island in the South Pacific.

A Walk In The Woods by Bill Bryson-Brush up on this hiking classic before the movie comes out this fall.

Station Eleven by Emily St. John Mandel-This excellently-paced novel unveils a mystery in a gripping way. I love the setting (a post-apocalyptic Upper Great Lakes) and the concentration of the minutea of what it would take to survive in a world without medical care and grocery stores.

Another Man’s War by Barnaby Phillips-A new take on WWII histories. Phillips looks into the story of Nigerians who served in the British army to help their colonial overlords fight the Japanese in Burma, a colony the British would lose shortly after the war. It really comes together when he ties together the two eras in a gripping way at the end.

The Girl in the Picture by Denise Chong-Chong tells the story of Kim Phuc, the Vietnamese girl made famous by an AP photography of her running out of a napalm attack. Phuc’s life is interspersed with an excellent, concise history of the Vietnam War and the country’s subsequent descent into other conflicts and communism.

Playing for Keeps by David Halberstam-An entertaining history of Michael Jordan’s Bulls and corporate culture in the 80s and 90s. My favorite basketball history.

Blood Meridian by Cormac McCarthy-It’s unspeakably violent and also probably one of the most realistic stories of the hardships faced in the early Old West. A fiction, it intersperses an interesting history of Mexico, California, Texas and Native Americans.

The Jim Murray Reader by Jim Murray-My grandmother used to send me Jim Murray’s clippings in the mail and he’s pretty much the reason I write. The book contains a lot of his personal essays which aren’t really about sport at all. He had a daily column for almost a half century and never once had to deal with analytics.

The Intruder by Octavus Roy Cohen-One of my favorite places is Phoenix Bookstores in San Luis Obispo. It’s just stacks of terribly unorganized used books lumped together by vague category (“Human health/reproduction and cancer”). Their pulp selection, however, is carefully curated and I pick one up almost every time I’m there. The Intruder has a blond damsel in distress on the cover clad only in short shorts and a yellow sleeveless turtleneck leaning perilously on a rock. Just try to find this on Amazon. (Ed’s note: We did.)

Best Food Writing 2005 edited by Holly Hughes-I’m not a huge fan of collections (and this one justifiably came from a dollar bin) but I keep picking it up. 2005 to me is sort of that last innocent moment. The internet was around but not so prevalent. The first iPhone was still two years away. The entries here are written with depth and care not with attention-grabbing headlines and .gifs to break up text. This collection a reminder that it’s been a busy and sometimes disheartening decade.

The Legends and Myths of Hawaii by David Kalakaua-I picked this up last weekend at a garage sale. On first glance it’s kind of one of those regional publications that tourists get suckered into buying at the hotel lobby gift shop then forget (maybe) to bring it home. Upon first read, there’s some heft in there. The legends are mostly a bitter reminder of the young and untouched kingdom we’ve paved over.

The Martian by Andy Weir

The Skies Belong to Us: Love and Terror in the Golden Age of Hijacking by Brendan I. Koerner

The Way of Kings by Brandon Sanderson

All the Light we Cannot See by Anthony Doerr-Anthony Doerr grew up around the corner from my Cleveland suburb, and has penned, quite simply, one of the best written books I have read in years.

I Know Why The Caged Bird Sings by Maya Angelou-Maya Angelou’s memoir paints a picture of what moved the poet. Includes her stint as the first black female streetcar conductor in San Francisco.

The Emerald Mile-“The epic story of the fastest ride in history through the heart of the grand canyon.” Can’t wait to read it.

On the Burning Edge by Kyle Dickman-Went to School with the author who was on a hotshot crew in Lake Tahoe. The story of the tragic fire that took the lives of 19 firefighters. Fire season is here…

Tahoe Beneath the Surface by Scott Lankford-Not new but a great classic.

The Last Season by Eric Blehm-From 2005 but a great story about the mysterious disappearance of a Park Ranger in the High Sierra.