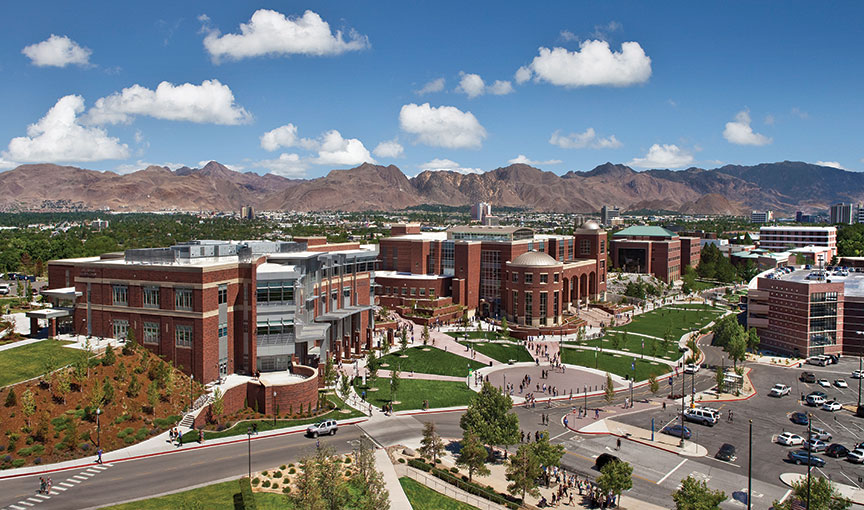 in Best of Tahoe 2013 | Valley View | Written by Michael Killburg

For much of the winter, one could be forgiven for thinking the University of Nevada, Reno (UNR) only had one world-renowned export: a 6-foot, 4-inch, 230-pound running quarterback who is changing the NFL game.

San Francisco 49ers quarterback and UNR graduate Colin Kaepernick rocketed to fame in the run up the team’s Super Bowl visit, drawing the eyes of the nation to his alma mater, a school of some 18,000 students in Northern Nevada.

Of course, the university’s business management program didn’t teach the former Wolf Pack star how to make pinpoint passes or lengthy touchdown runs. But the university’s College of Business, one of eight colleges in the almost 140-year-old university, includes some of the programs and professors that have received more than Kaepernick-like recognition as the university has grown from its roots in 19th-century Elko.

The university’s graduate programs have been among its most recognized offerings, even if some of the education takes place largely outside of the downtown campus.

The College of Business’ online graduate programs are among the nation’s best. U.S. News & World Report ranks the college’s executive masters of business administration program 55th in the nation in its “Best Online Graduate Business Programs” category. BusinessWeek ranks the school’s part-time MBA program fourth, putting it just ahead of the University of California, Berkeley’s program.

Close ties to the private sector and ensuring students have access to state-of-the-art business practices are among the reasons for the programs’ successes, says Kambiz Raffiee, associate dean of the College of Business and director of the MBA programs.

The school debuted an online MBA program in August 2011, and it grew from 13 students to 26 in its first two years. Students are taught by the same professors as their on-campus counterparts, Raffiee says. “We take a lot of pride in what we do and we compete with the best MBA programs in the country.”

It was the first time the programs ranked in the report, but it’s not expected to be the last, says Chris Cheney, dean of UNR’s College of Education. “We have a baseline and we aim to move up in those rankings,” he says.

Cheney credits the department’s instructors with the success of the online programs. “Our biggest asset is the quality of our faculty.”

“UNR has become very well known for that,” says psychology professor Steven Hayes, who put the American Psychological Association–accredited program within the country’s top 25. The university grew from having practically no research in the mid-1980s to attracting tens of millions of dollars in research grants annually, Hayes says.

Hayes has been recognized among the 30 “highest impact” psychologists in the world, with dozens of books and hundreds of scientific articles centered on alleviating human suffering.

The clinical programs are the most competitive of the psychology department’s graduate programs, attracting some 30 applicants for each opening, according to a primer for prospective students.

“UNR and its faculty are on the map clinical psychology–wise,” Hayes says.

Physics students at UNR also have a unique opportunity for ground-breaking study through its Stead-based Nevada Terawatt Facility. The facility is designed to train students in the behavior of matter at extremely high temperatures and densities, like the sun and stars. It’s also home to a pulsed electrical discharge device known as the Zebra, which is the highest power electrical device operated by an U.S. university.

Graduate students, and even working scientists from the country’s big laser laboratories, are also getting into the act.

“We are seeing more national use of the facility,” says Covington. “That is very exciting.”

“We have grad students, post-doctoral students and scientists, such as at Los Alamos National Laboratory, participating,” Mancini told Nevada’s Center for Entrepreneurship and Technology. “This course content is based on experience gained from years of research. Not many institutions have this kind of class; the students are interested in the knowledge more than class credits.”

Although the “Hail Mary” of plasma work is nuclear fusion, Covington says, practical applications of high-density plasma include hardening electronic components, probing shipping containers for nuclear material and creating medical isotopes for use in cancer treatment.

So, as Kaepernick advances the expectations of a professional quarterback on the football field, his alma mater is advancing a greater understanding in a wide-array of fields. With UNR nearing its 15th decade, it should be understood that Kaepernick isn’t the only world-class export to come out of UNR, he’s just the latest.

Michael Killburg is a South Lake Tahoe resident who bears no grudge against Kaepernick for dismantling his beloved Chicago Bears last season.