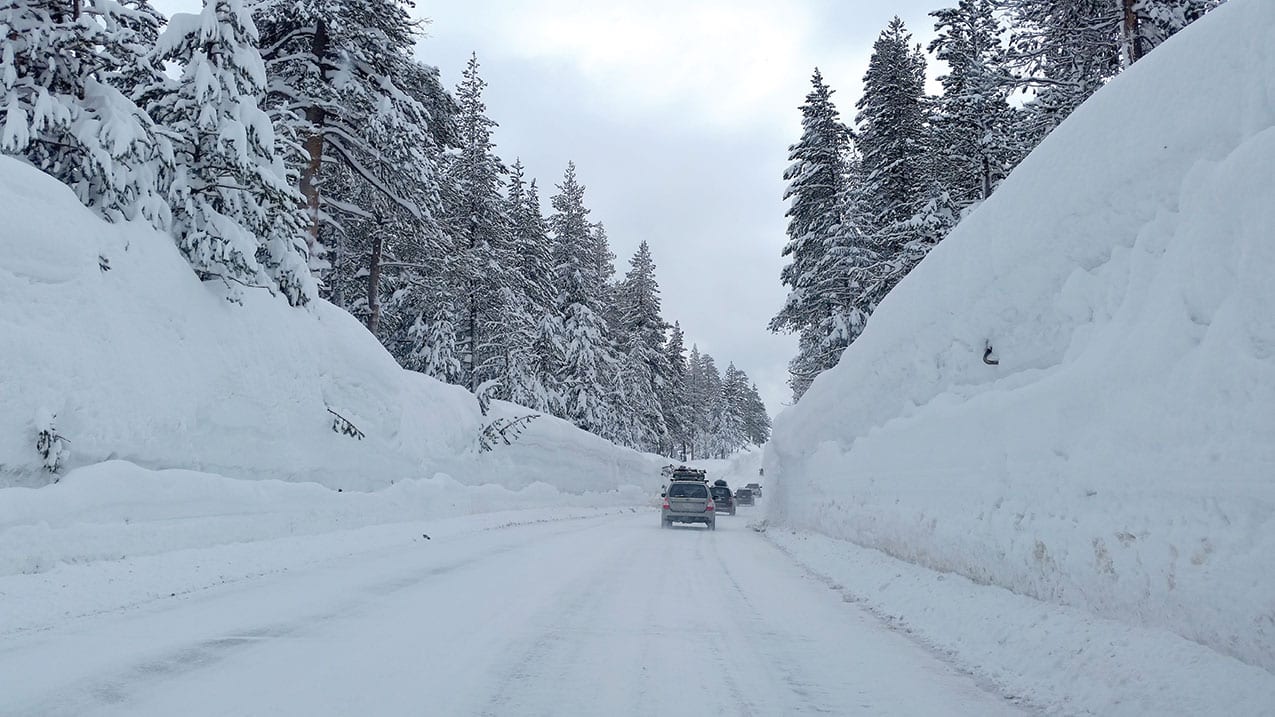 To call the winter a turnaround doesn’t do it justice.

Was it remarkable? Certainly. Epic? Arguably. Safe to say, Lake Tahoe’s winter of 2016–17 will go down as one for the ages.

“This will be a winter we will continue to talk about for many years, I’m sure. It will definitely be one of the wettest water years we’ve ever seen.” 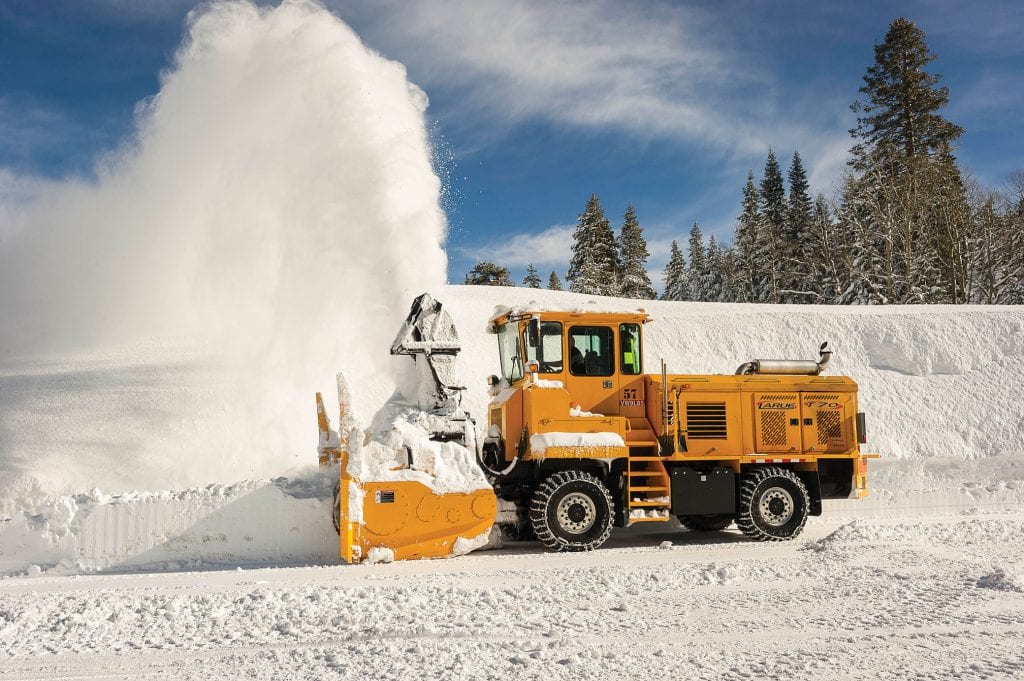 A snowplow clears the parking lot at Alpine Meadows after a storm, photo courtesy Squaw Alpine

On April 1—the date federal experts formally declare the snowpack at its peak for the purposes of calculating expected runoff—the Lake Tahoe Basin’s snowpack water content was measured at 205 percent of normal. In other words, it was over twice the amount normally expected for that date.

And the spring storms kept coming. Less than two weeks later on April 13, the National Weather Service reported the northern Sierra had experienced the wettest water year on record dating back to 1922, with some 89.7 inches of rain or melted snow falling since October 1. That’s nearly 7.5 feet of water, surpassing the previous record set in 1982–83, when 88.5 inches were recorded. Other big winters were experienced in 1952 and 1969.

Lake Tahoe is expected to experience the single largest rise in its water level ever recorded. Rivers and streams will rush with turbulent runoff well into the summer.

It’s a situation in stark contrast to recent years, when Tahoe and the West withered in protracted drought. Beginning in 2012, drought conditions persisted for four straight years. On April 1, 2015—the driest winter in the drought—the Tahoe Basin’s snowpack was measured at only 2 percent of normal for the date.

There were high hopes for the winter of 2015–16, when a strong El Niño was in place in the eastern Pacific. The weather phenomenon, characterized by elevated surface water temperatures, has been linked to some big winters in the past and many were hoping it would prove a true drought buster.

Instead, Mother Nature provided only an average winter, with a normal April snowpack measured at Tahoe and across the Sierra. It helped, for sure, but was not sufficient to pull the region out of drought.

This past fall, a weak La Niña—the opposite of El Niño—was in place in the Pacific. Experts couldn’t predict what that meant for the coming winter—whether it would be dry, wet or average.

Then Tahoe got hammered. 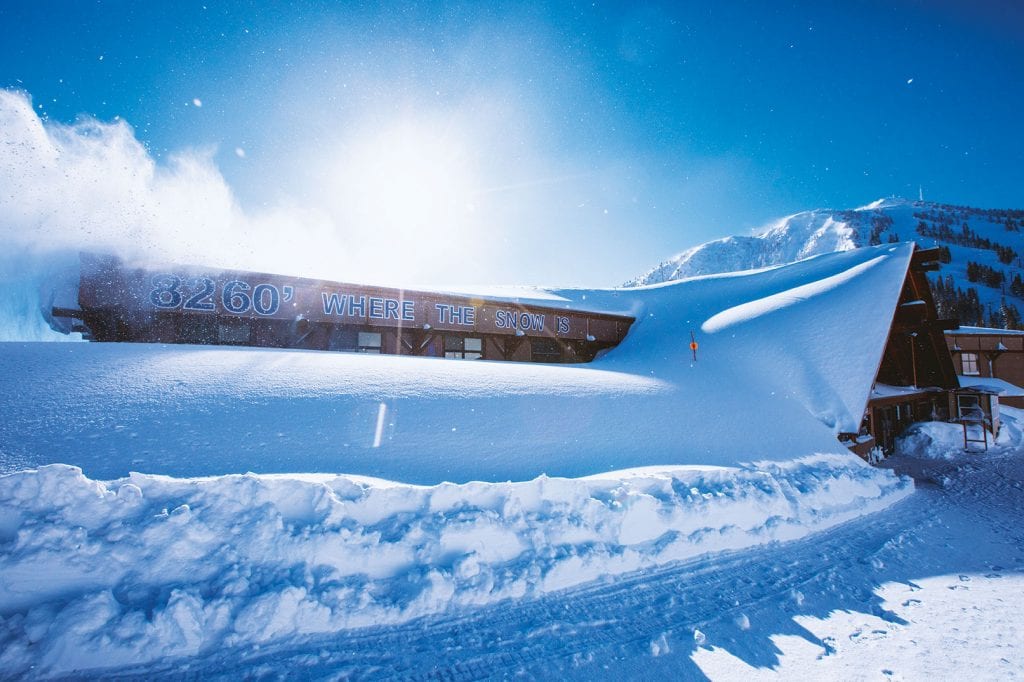 It started in October, when the first in a lengthy series of so-called “atmospheric rivers” funneled heavy storms to the Northern Sierra. Atmospheric rivers tap tropical moisture from the mid-Pacific and can hose the West with storms. They can carry an amount of water vapor comparable to the average rate of flow at the mouth of the Mississippi River, according to the National Oceanic and Atmospheric Administration.

It was the wettest October through February on record dating back to 1895, says Dan McEvoy, a climatologist and assistant research professor at Reno’s Desert Research Institute.

“The extreme wetness we had was not predicted,” McEvoy says. “We don’t know exactly why it happened. These storms carried huge amounts of moisture… It’s what got us out of the drought.”

On October 14, Tahoe was a little over a half-foot below its natural rim of 6,233 feet above sea level, with no water spilling out of The Lake and into the Truckee River. Now, after this winter’s epic snow and rain, Tahoe is expected to rise some 6.65 feet by mid summer, filling The Lake to its maximum legal limit. That’s an additional 780,000 acre-feet of water, or more than 254 billion gallons.

“We are going to see the single largest physical rise on The Lake ever,” says Chad Blanchard, chief of the U.S. District Court’s Federal Water Master’s office. Blanchard is tasked with controlling discharge of water from Tahoe and other Truckee River reservoirs.

The water master began spilling water from Tahoe to reduce flood danger on February 23, the first time that’s been considered necessary since 2006.

The turnaround, Blanchard says, is remarkable beyond a doubt. “It’s incredible, for sure. It’s beyond all our hopes.”

In addition to providing a massive boost to a snowpack so vital to the region’s water supplies, this landmark winter layered Sierra slopes with deep snow for skiers and snowboarders.

“We had so much snow concentrated in January and February. It was just storm after storm after storm,” says Mike Pierce, marketing director for Mt. Rose, where Pierce has worked for 24 years. “It became routine: Another atmospheric river is coming in and they just nailed us over and over and over.” 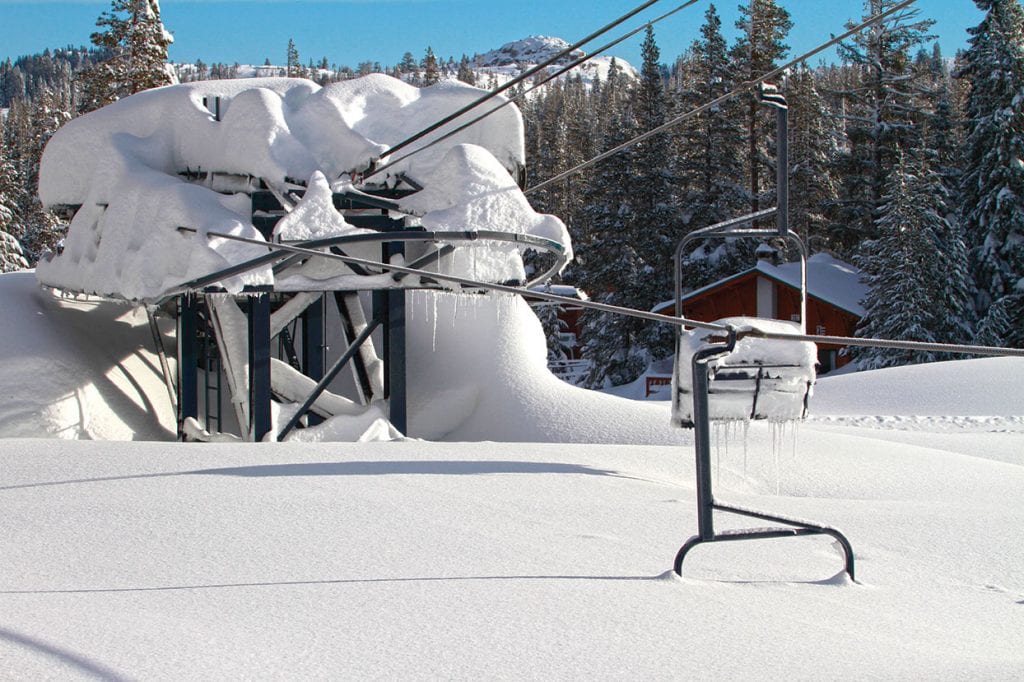 All the snow didn’t necessarily translate to an exceptional business year at most Tahoe resorts, however. Instead, it was about average.

The reason? All those bluebird ski days when skiers and snowboarders flocked to the slopes were matched by stormy days that closed roads or scared people away from the mountains. And that occurred, Pierce says, during some of the most important ski weekends and holiday periods.

“We have had to deal with some ‘too much snow’ issues,” Pierce says.

Dave Cardy, a 28-year Incline Village resident, knows all about that. Cardy lives in Incline’s Upper Tyner area at an elevation of about 7,400 feet. In his neighborhood, the winter’s story was one of snowy siege.

“Since I’ve been here it’s the worst I’ve ever seen,” Cardy says. “We were basically stranded.”

Cardy estimates 30 feet of snow, maybe more, fell at his house. In late March he still had about 15 feet of snow on his roof and he was still entering his front door through what was essentially a snow cave.

During the worst of the storms, more than 3 feet of snow layered his street outside and overworked snowplows were rarely seen. He blew an axle on his truck trying to drive down unplowed roads.

“My house became an igloo,” Cardy says. “It’s been a rough winter, that’s for sure.”

Cardy’s more than ready for some sunny summer Tahoe days.

“I’ve been ready for summer for a long time now,” he says.