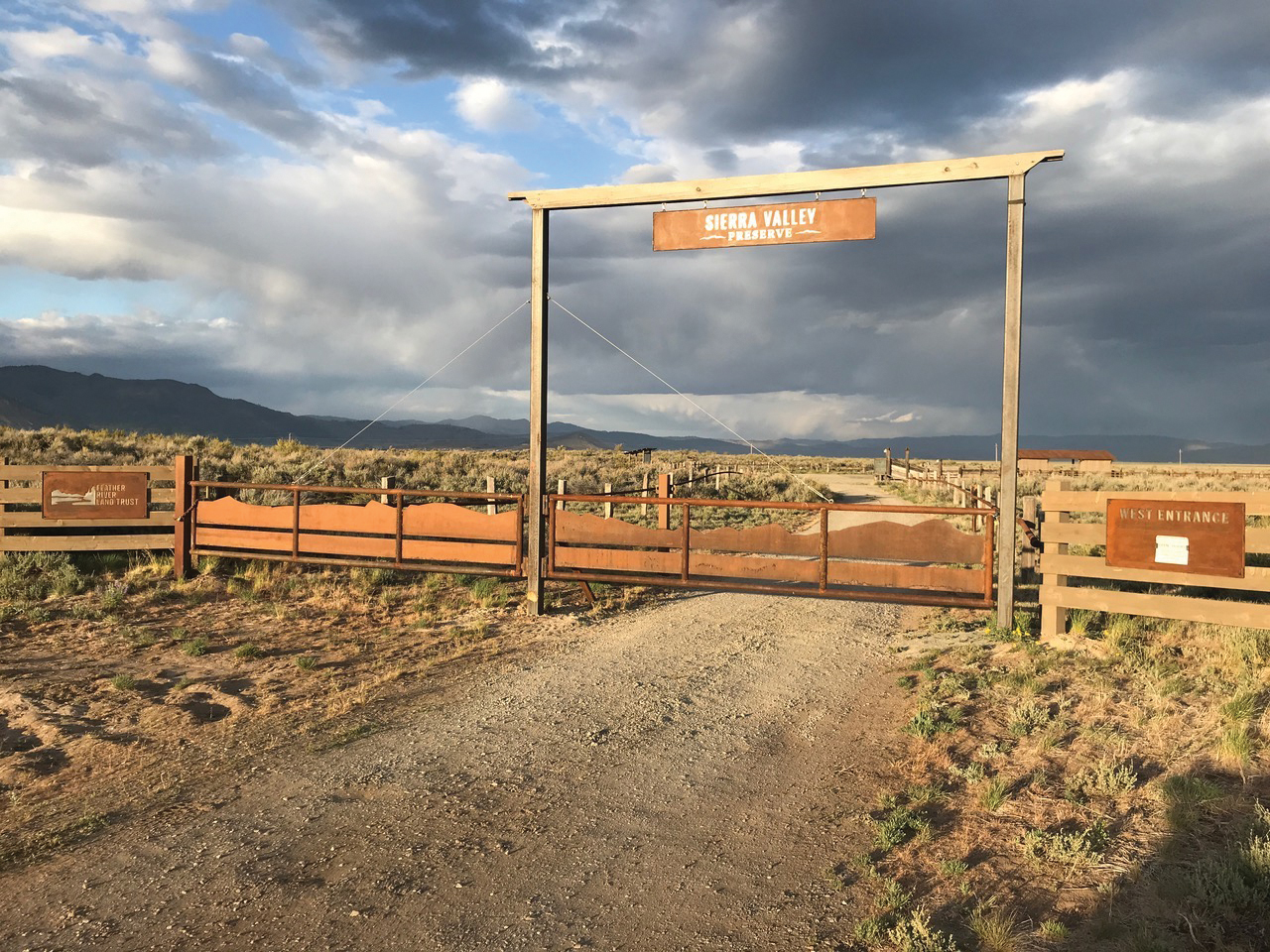 The west entrance to the Sierra Valley Preserve opened in May 2021, photo by Jeff Bue, courtesy Feather River Land Trust

in Best of Tahoe 2022 | Environment | Written by Tim Hauserman 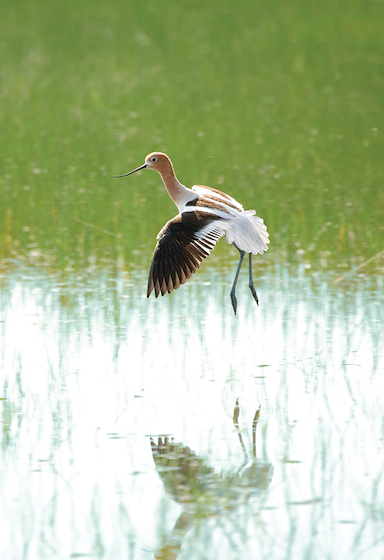 Less than an hour’s drive north of Lake Tahoe lies the wide expanse of Sierra Valley—a land of endless vistas, marshes, sagebrush, tiny towns and sprawling ranches that have operated for well over a century. It is a place to watch for sandhill cranes and antelope, ride a bike, check out the old barns, attend a farmers market or just stand in the middle of the valley and ponder the absolute peace that can only be found in a place this quiet.

In the not-so-distant past, however, the valley and its bounty of flora and fauna could only be viewed from the side of the county roads that crisscross this vast swath of private land. That is no longer the case.

Thanks to a multi-year conservation effort by the Feather River Land Trust, the Northern Sierra Partnership and The Nature Conservancy, 2,586 acres of this prime landscape is now open to the public as part of the Sierra Valley Preserve.

The impetus for the preserve, says Lucy Blake, president of the Northern Sierra Partnership, “was both the desire to create a public preserve where the public could get out on the land to experience the quiet beauty and extraordinary natural diversity of Sierra Valley, and the desire to conserve important wildlife habitat in the Sierra Valley wetlands.”

Located in the northwest corner of the valley just south of Beckwourth, the Sierra Valley Preserve protects a network of braided wetland channels that form the headwaters of the Middle Fork of the Feather River—one of the first nationally designated Wild and Scenic Rivers. Several miles of well-maintained dirt trails snake through the preserve, offering visitors the opportunity to view an array of wildlife while learning about the natural history through interpretive signs along the way.

“At the preserve, we have a dual responsibility of protecting biodiversity while also finding ways to encourage the public to connect with the landscape,” says Shelton Douthit, executive director of the Feather River Land Trust, which owns and operates the preserve. “It’s a classic challenge for all conservation organizations to preserve and also use.”

From Lake to Valley

Step back in time some 10,000 years, and the large, mountain-rimmed basin that is now Sierra Valley was not that different from Lake Tahoe.

Situated at about 4,900 feet in elevation, the entire Sierra Valley is an ancient lakebed, filled in over the millennia with sediment to form the flat, ecologically rich landscape we see today. The former water body, known as Lake Beckwourth, once covered about 180 square miles and reached depths of approximately 1,500 feet. By comparison, Lake Tahoe is 191 square miles and 1,645 feet deep. 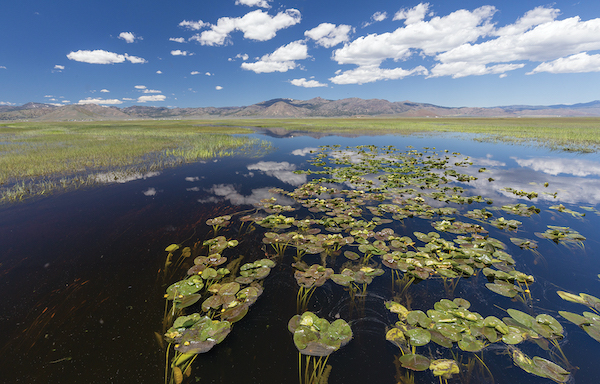 According to Cordell Durrell, author of Geologic History of the Feather River Country, California, the Sierra Valley basin formed roughly 2 million years ago as the result of downfaulting along the northeastern edge of the Sierra Nevada. The depression eventually filled with water from a stream that flowed from present-day Frenchman Lake.

Lake Beckwourth experienced periods of significantly higher and lower water levels during the thousands of years it existed, evidenced today by gravelly terraces that line the valley, which are the remnants of ancient beaches. Researchers believe the lake dried up about 10,000 years ago, leaving a lakebed that has since filled in with sediment.

Owing to its geological past, Sierra Valley has long been a source of vast water resources and natural abundance, and thus an ideal gathering place for native inhabitants of the region—namely the Washoe and Mountain Maidu tribes.

In 1850, fur trader and explorer Jim Beckwourth “discovered” the picturesque alpine valley while following an existing tribal trail to scout a new wagon route across the range. Beckwourth improved the trail, which became a thoroughfare for settlers during the California Gold Rush. The Jim Beckwourth Trail—one of several features in the area named in honor of the early pioneer—cuts through the northern end of the Sierra Valley Preserve.

By the late 1800s, Sierra Valley had become populated with ranches and farms, many of which are still family-owned and operated. In fact, portions of the Sierra Valley Preserve continue to be sustainably grazed by a ranching family. 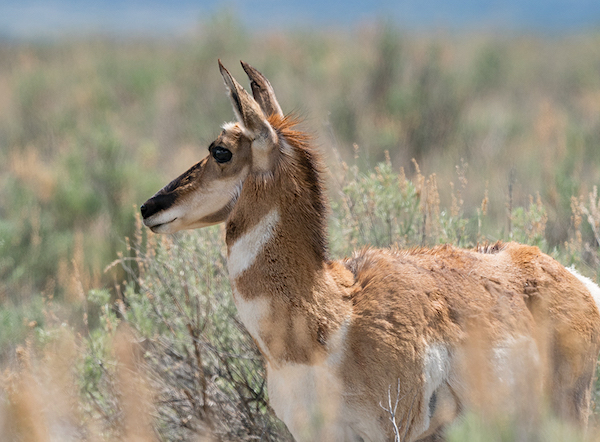 Wandering the trails of the Sierra Valley Preserve is to experience one of the most biodiverse landscapes in the Sierra Nevada.

“Sierra Valley sits at the convergence of three geographical provinces—the Sierra Nevada, the Great Basin and the Cascades—and has an extraordinary diversity of habitat types,” says Blake, adding that the valley is the largest montane valley in California and contains the largest complex of wetlands and montane meadows in the Sierra Nevada.

As such, this scenic location is home to over 1,200 plant species and varieties, representing 18 percent of the plants found in the entire state, says Blake.

Sierra Valley’s mosaic of habitat types also supports a huge variety and abundance of birds, with over 280 species, says Blake. Within the preserve itself, some 1,100 acres of permanent and seasonal wetlands provide migratory and breeding habitat for more than 100 bird species, including 17 rare or threatened species such as the greater sandhill crane, black tern and yellow-headed blackbirds. 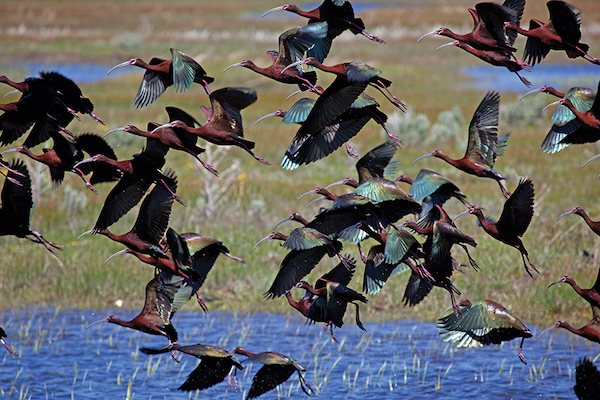 It’s why Will Richardson, executive director of the Tahoe Institute for Natural Science and an avid birder, has visited the Sierra Valley Preserve on many occasions, including for raptor surveys conducted with his University of Nevada field ornithology classes.

Richardson, who credits the profusion of birds in the Sierra Valley Preserve to “lots of water and lots of open space,” says the valley and its flora and fauna differ from the Lake Tahoe Basin, particularly since the Upper Truckee Marsh on Tahoe’s South Shore was dredged in the 1950s and ’60s.

“The open marshes (of Sierra Valley) support things that Tahoe hasn’t had since the Tahoe Keys went in,” he says. “At the Sierra Valley Preserve you can find breeding willets and American bitterns and short-eared owls and various other species that no longer breed at Tahoe.”

Other species that thrive in the Sierra Valley Preserve include pronghorn, badgers, coyotes, western meadowlarks, sage thrashers and mule deer, as well as rough-legged hawks that migrate from the high arctic, Swainson’s hawks that fly in from the grasslands of Argentina, ferruginous hawks, red-tailed hawks, bald eagles, golden eagles and prairie falcons, among others.

The Sierra Valley Preserve has been a long time in the making. The Feather River Land Trust and its partners first acquired the 575-acre Maddalena Ranch in 2003, followed by three more contiguous properties in 2014, 2016 and 2019 to reach the preserve’s present size.

While the preserve was created more than a decade ago on the original Maddalena Ranch land, a new entrance that provides public access to the west side of the wetlands was unveiled in May 2021. Open Tuesday through Saturday from sunrise to sunset, the west entrance includes a trailhead parking area with restrooms, where a 2-mile loop takes visitors past the historic Bulson House, a partially restored farmhouse built in 1914 on a promontory overlooking the Sierra Valley wetlands. 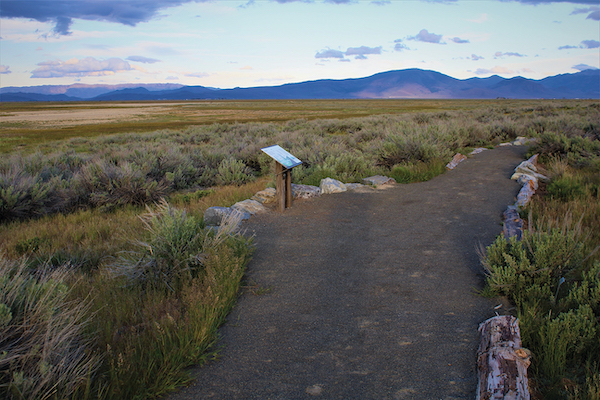 The partners who helped preserve the land are now fundraising to create a headquarters facility.

In June 2021, attendees at a low-key fundraiser took a mile stroll on the preserve’s newest trail to the Bulson House, where, under the last rays of sunshine, they listened to a bluegrass trio while noshing hors d’oeuvres and marveling at the wide-open spaces and stillness of the approaching eve. When the small crowd was sated, Blake shared some thoughts about the new preserve headquarters.

“The general public isn’t aware of what an extraordinary place this is. We decided to create a building where people could learn about natural history, geology and conservation efforts in the valley,” says Blake.

The headquarters will include two large rooms—one to provide an introduction to Sierra Valley with a series of exhibits, and the other to serve as a multi-purpose event center for presentations and activities for both adults and kids.

“We see the headquarters, and the whole preserve, as a place of dialogue where people can come together to learn about the natural world and discuss solutions to the natural resource challenges facing the region,” says Blake, who offers a sage piece of advice for anyone who ventures out to this ecological haven:

Tim Hauserman is a freelance writer and nearly lifelong Tahoe resident who appreciates the efforts that went into creating the Sierra Valley Preserve.