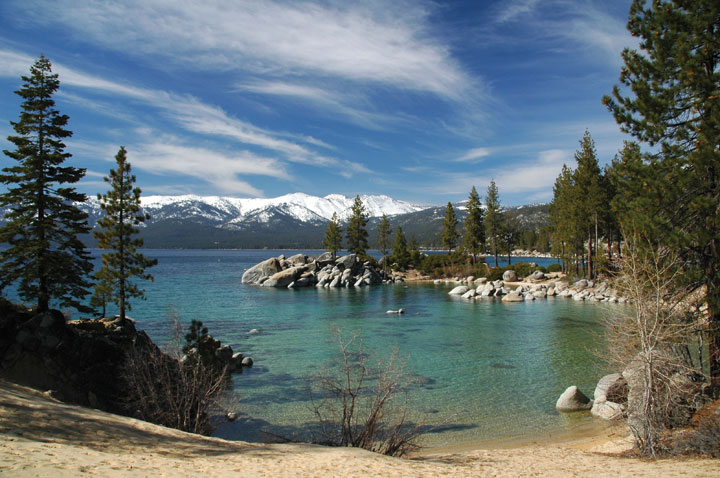 28 Jan The Battle over the Plan

The Tahoe Regional Planning Agency (TRPA) is situated firmly in the eye of a hurricane of controversy with the December passage of its Regional Plan Update. Years of grueling debate over the plan, an update to the 1987 Regional Plan, elicited a variety of reactions—from passionate support to outcries of dereliction of duty and inevitable lawsuits.

The TRPA is a bi-state compact between Nevada and California formed in 1969, after a period of intense development throughout the Basin, to protect the environment primarily through land-use regulations. It walks a line between residents, who often accuse the agency of drafting overly onerous restrictions, and environmental advocates, such as the Tahoe Area Sierra Club, who claim the agency is not restrictive enough.

In the early 2000s, TRPA officials began instigating the process for the Regional Plan Update.

An exhaustive, rigorous and inclusive process ensued where various stakeholders entered negotiations to develop a plan weighing the need to maintain a viable and healthy economy with the fundamental mission of protecting the ecology of the Basin and lake clarity. In December 2012, 12 of 14 board members assented to the finalized plan.

“It’s an incentive-based approach,” TRPA spokesman Jeff Cowen says of the update, which encourages private entities to leverage their own money to complete environmentally beneficial projects. “The plan focuses on restoration of sensitive lands by encouraging more redevelopment, more revitalization.”

The large amount of runoff that siphons off of impervious surfaces in the developed area is hostile to lake clarity, Cowen says. To counteract clarity decline, the plan rewards businesses and property owners with more developable area on their properties in exchange for the installation of water quality enhancements. It also allows businesses currently located in sensitive areas of the watershed—near one of the 63 tributaries flowing into Tahoe—more room to develop if they move into one of 11 town centers located around the perimeter of The Lake.

“In the ’80s and ’90s, we stopped runaway development,” Cowen says. “It meant the highest environmental standards in the nation, but curbing development wasn’t enough. We had to fix all the broken stuff, too.”

That included streamlining the permitting process, making it easier for homeowners and businesses to build a deck or spruce up infrastructure in exchange for the implementation of improvements designed to abet water quality improvements.

TRPA claimed widespread public support for this plan, including from the League to Save Lake Tahoe, but the Sierra Club, for one, is not buying it.

Joined by the Friends of the West Shore and represented by environmental law firm Earthjustice, the Sierra Club sued TRPA in February, claiming the new land-use rules dramatically reduce the protections for The Lake by tacitly encouraging more development.

“This new plan fails to recognize that an increase in buildings, rooftops and pavement will mean an increase in the amount of polluted rain and snowmelt—runoff that flows directly into The Lake,” says Laurel Ames of the Tahoe Area Sierra Club in California. “Stormwater from pavement and roads is the leading cause of The Lake’s loss of clarity. Allowing more pavement and roads seriously undermines efforts to clean up the once-pristine lake.”

Ames says the TRPA never produced numbers demonstrating more clustered development will result in the critical mass necessary to fund a full-time public transportation network. She also notes that the idea of leveraging private dollars in an era of dwindling public funding is sound theory, but does not want Lake Tahoe to serve as an experimental laboratory.

“What happens if they try it out at Tahoe and make a mess of it?” Ames asks. “The Lake loses. It’s a big risk. There is too much ‘don’t worry, it will work’ in this plan.”

The Sierra Club claims that the timing of the update—against the backdrop of the nation’s most severe economic recession since the Great Depression—put undue pressure on the TRPA to concede to the business community.

“When we file a suit or challenge a piece of legislation, it isn’t just for our current members and supporters,” Phillips continues. “It is for the future, the hikers who will walk the trail later. We are here to ensure the state has an environment they can explore and enjoy. That is why we do what we do.”

TRPA officials dismiss the lawsuit as a futile attempt by “well-meaning but uninformed activists” stuck in an outmoded vision of environmental activism, and say elements of the newly minted Regional Plan will continue to be implemented as the litigation filed by the Sierra Club makes its way through the legal process.

“Pointless litigation, without solutions, by those who cling to an outdated environmental strategy works only to kill the renewed spirit of a community just when we are taking responsibility and stepping up more collectively than ever before,” Joanne Marchetta, executive director of TRPA, wrote in a letter published in the Tahoe Daily Tribune. “Why would the Sierra Club want to kill a community’s newfound vitality, which is grounded in environmental restoration?”