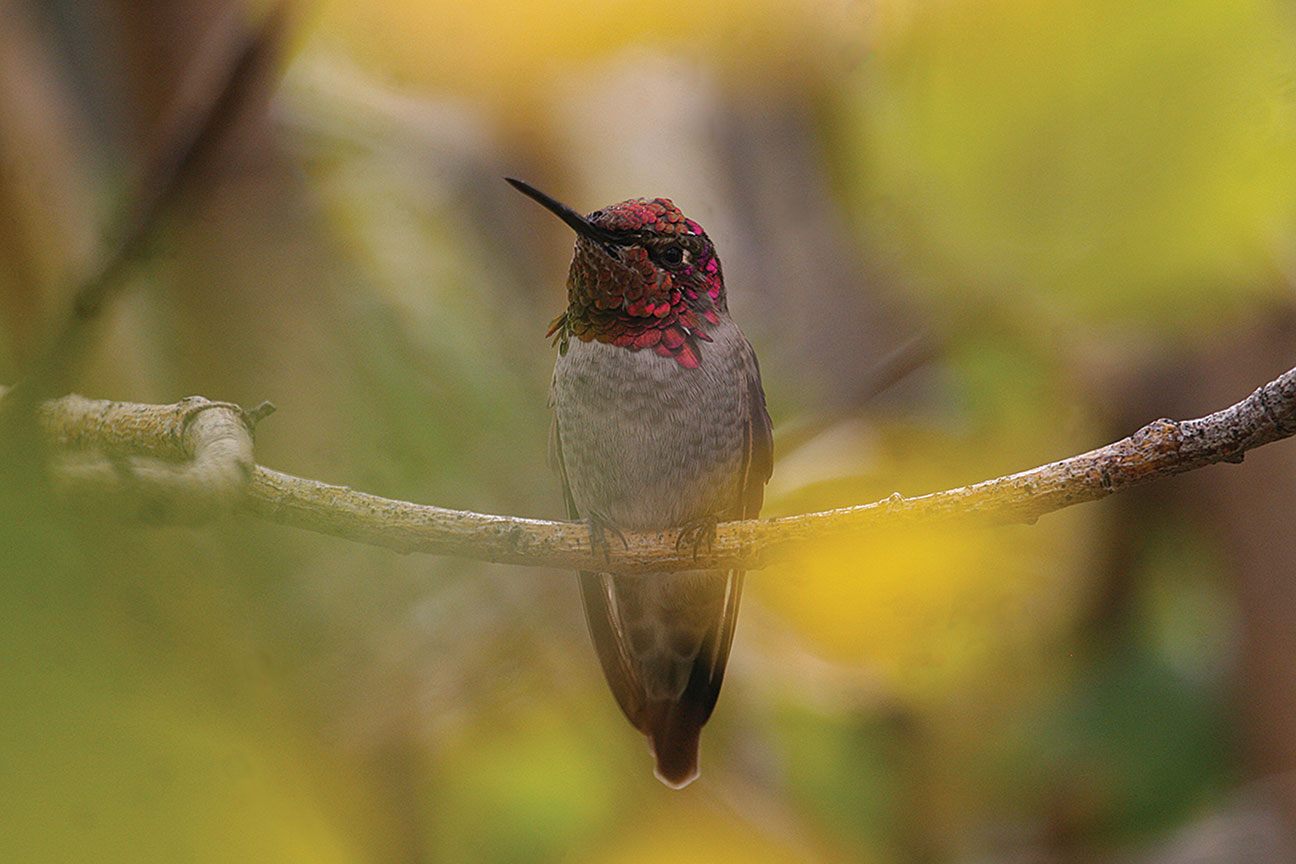 Anna's hummingbird, photo by Will Richardson

In 2010, I wrote an article highlighting some of the year-round movements and migrations of many of Tahoe’s animal species. We had been having decent snowfalls each winter, and seasonal migratory patterns seemed to be conforming to “normal” expectations. The vast majority of our birds disappeared for winter, as did deer and many other mammals. An occasional week or two of high pressure brought the expected mid-winter warm spell of “June-uary,” but spring usually held off until it was good and ready. Consequently, returning migrant species likewise waited until the coming of fairer weather was assured. After four years of drought, however, and a paucity of conditions driving these animals to lower elevations and latitudes, we have observed the remarkable flexibility and responsiveness some species have in their migratory makeup.

For many of our long-distance migrants, particularly birds that retreat to Central and South America, responsiveness to variable winters and a shifting climate is nearly impossible. For example, recent work by the Tahoe Institute for Natural Science discovered the few Swainson’s thrush breeding at Lake Tahoe travel all the way to northern Colombia to spend the winter months. During this time, the birds have no way of knowing if Tahoe is having a mild winter and an early spring. There is a strong incentive to arrive early, to claim the best territory and attract a mate, but arriving too early can spell disaster: Suffering through weeks of freezing weather and limited food resources is no way to head into the highly competitive breeding season. 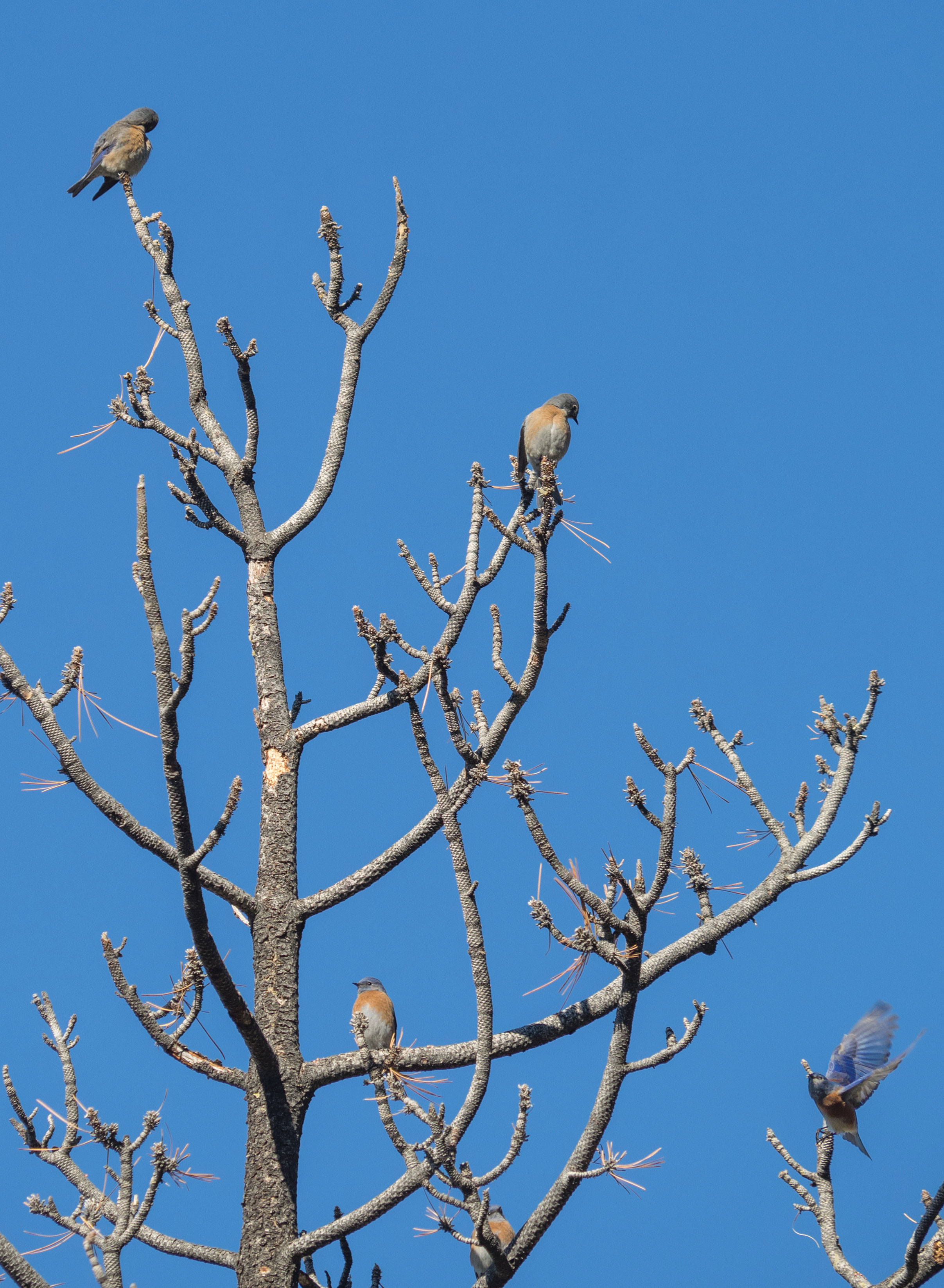 Other birds do not travel so far, and many simply hold out at Tahoe until heavy storms drive them downhill. These include species like American robin, Western bluebird, song sparrow and even yellow-rumped warbler. These are hardy species that can gain sustenance from seeds or fruit, and are therefore less reliant on the availability of insects. Amazingly, a few weeks of fair weather can lure them back up the hill. One group of birds not built for Tahoe’s winters is hummingbirds. Their small bodies and fast metabolism are lousy at retaining energy, and they require a steady diet of insects to make it through to the next day. Despite their apparent limitations, they are extraordinarily resilient and adaptable, and our recent short and mild winters have seen Anna’s hummingbird visiting Tahoe from early March and lingering into the storms of early November. This is a species that visits the Tahoe region only after its winter and spring breeding season at lower elevations. By the time our wildflowers become scarce, they should retreat down the mountain to set up breeding territories, so it has been remarkable to hear these birds singing among the fall foliage in recent years (and yes, male Anna’s hummingbirds sing!).

Among the insect-eaters, 17 species of bats have been recorded in the Lake Tahoe Basin. Several of these, such as hoary bats, are highly migratory and known to travel great distances to escape winter. Others are short-distance migrants or even resident species preferring to pass the winter in hibernation. It is unknown if any of Tahoe’s bats hibernate locally, but the common assumption is that they do not. However, in 2013 bats were seen flying over Round Mound, on Tahoe’s East Shore, on the surprising date of February 28. This is coincidentally right around the time tree swallows, a bird species that also catches insects while flying, usually make their first spring appearance, so perhaps this timing is not unreasonable. In the case of both bats and swallows observed in late winter, we have no idea whether these are local breeders or early migrants drifting a little high.

Some species may be losing their migratory impulses altogether. Tahoe’s mule deer have small feet and heavy bodies. They are not built to cope with deep snow, and what is more, their principal food source gets buried during the winter. Thus, Tahoe’s deer typically move to lower elevations, walking out of the region following their elders along well-established paths of least resistance over passes and down canyons. Occasionally deer may be caught by early storms and trapped in the Tahoe Basin, especially on the West Shore. Every few years such animals are observed at Emerald Bay, attempting to survive the winter at lake level. In recent years, however, many deer have lingered through the winter, opting to stay in the southwest Tahoe Basin or Truckee’s Glenshire neighborhood. In February 2015, four young bucks were photographed swimming in The Lake off Pope Beach! 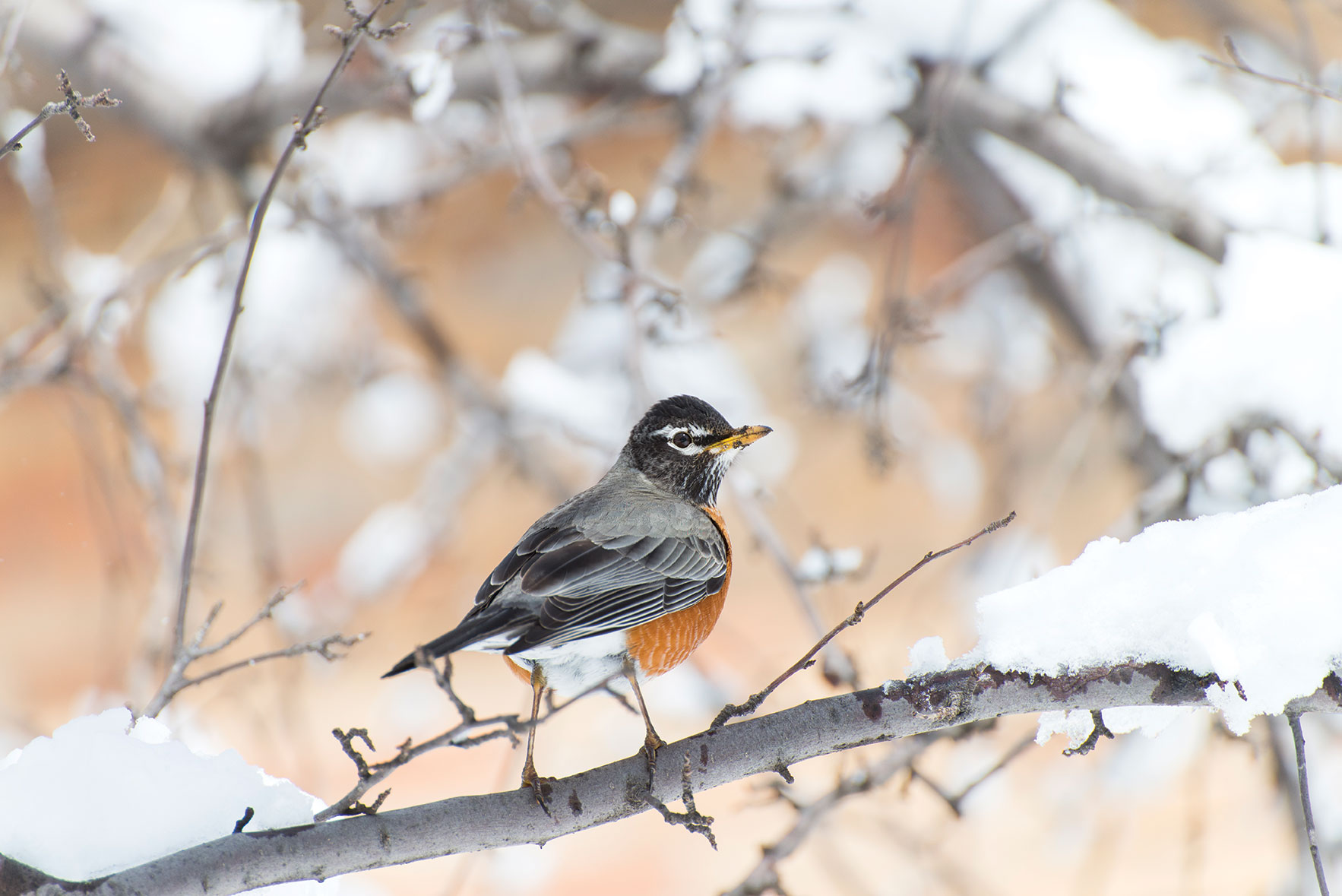 The timing and routes of these migrations is worked out over generations and passed down culturally through herding behavior. After four years of mild winters, many deer now overwintering in the region have experienced neither deep snow nor a seasonal migration and are likely to be caught off guard in the event of heavier snow.

The fairly rapid and easy shift we have observed in these species has been in response to milder-than-usual conditions. Making the adjustments necessary to cope with a heavier winter is likely to prove far more difficult a task, but over the course of a few years or generations, most of these species will readily adapt their behaviors back to “normal.” We live in a dynamic environment, each year different than the last, and sorting out these changes and perturbations is simply part of life in the mountains of the Tahoe region.

Will Richardson is a biologist and executive director of the Tahoe Institute for Natural Science. Find out more here.