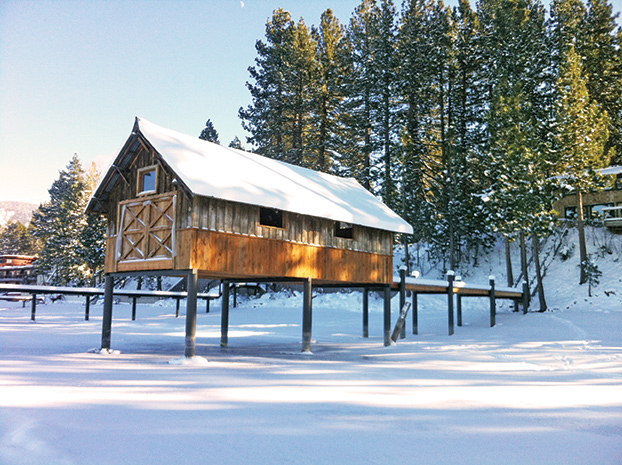 Shelter From the Storm

Visit the shores of Lake Tahoe and you are bound to catch a glimpse or two of the boathouses dotting the lakeshore’s edges. Some may be tattered and weathered; others ornate and robust. Most face the water with brave frontages to the wind and snow, oblivious to their age or cracking wood.

These boathouses—many quite old, the wooden boats they once harbored now gone or held in museums or private collections—stand as sentinels of a time past, almost forgotten. Less than half the boathouses built on Tahoe’s waters still survive. Fewer still exist in their original state. And with the current discouragement by local agencies on building new boathouses, obtaining a permit to do so is near impossible, making the Tahoe boathouse a truly rare breed.

The boathouses of Lake Tahoe each have their own character brought forth by their unique history, care and materials. 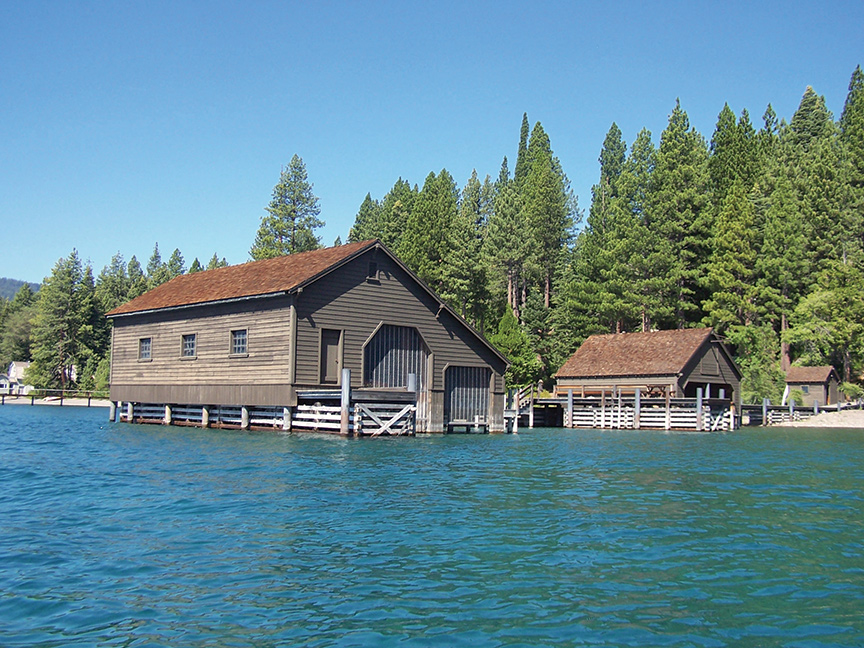 The history of local boathouses is two-fold: While many were used to house the illustrious wooden boats of the early 1900s, many of the floored-in boathouses were built as steamboat “stations” that may have also been used as post office, saloon, ticket agency or all of the above and more at the same time. Of these latter floored-in varieties, the boathouse at Chamber’s Landing on Lake Tahoe’s West Shore stands out as a prime example of a well-cared for and stunning model.

Built in 1859, the Chamber’s Landing boathouse holds the record as the oldest existing building still on Tahoe. Built to serve the community as a post office and at one time steamboat station then schoolhouse, the boathouse was turned into its most recently renovated version of bar and restaurant in 1976 and has remained a popular tourist and locals spots on The Lake since. The bar and restaurant, known for its famous “Chamber’s Punch” alcoholic drink, has gained the attention of the media as being “Best Bar for the Long View” by Men’s Health Magazine.

Around the same time Chamber’s Landing attended to steamboat passengers in the late 1800s and early 1900s, two boathouses were constructed on Tahoe’s South Shore.  Made of local pine and cedar siding, these were the boathouses at the elegant Valhalla Estate. The boathouse on the furthest eastern edge of the property was later renovated into the now-famous “Boathouse Theatre.” Today, the Boathouse Theatre showcases several private as well as public plays, bands and cultural events from May to December. 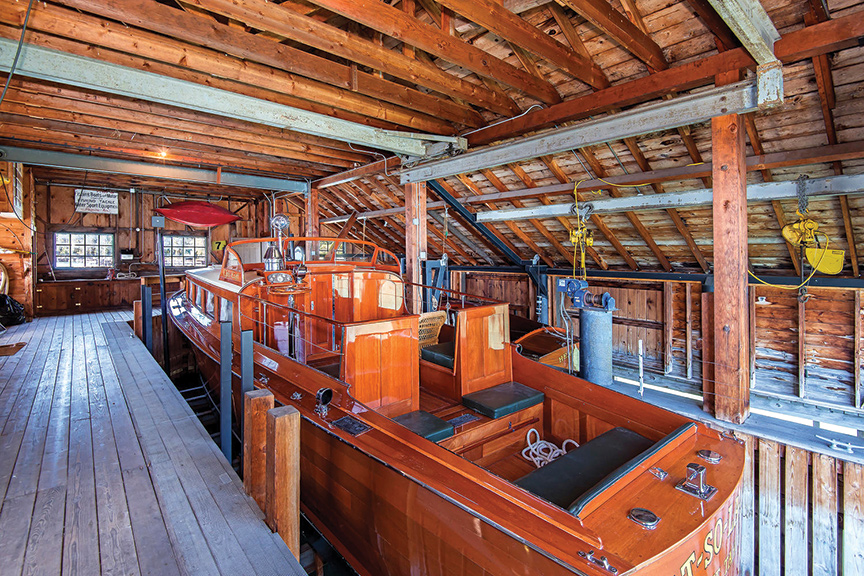 Decades later, the boathouse at the East Shore’s Thunderbird Lodge was built with an attempt at discretion, meant to hide its precious cargo. Because of World War II, George Whittell Jr., an elusive and eccentric Tahoe millionaire, decided it was within his best interests to hide his prized yacht, Thunderbird. He built an aircraft hangar on the water, and connected it to the main house via a 600-foot-long underground tunnel. Built in 1939, the Thunderbird Boathouse is made of tough steel on top of a concrete skeleton. Tucked into the side of the small harbor, the boathouse is best viewed from the northeast. The yacht was so precious and the material so valuable that during the war, Whittell and the caretakers of the mansion took extra efforts to hide the boathouse and the boat via camouflage so the U.S. government wouldn’t confiscate them for use in the war effort. The result today is a perfectly kept artifact of the golden era of Tahoe boating. Both the boathouse and the Thunderbird were decommissioned in the ’40s and not put back into use again until 1962. Today, the boathouse and yacht are part of the popular regular season tour through the Thunderbird Lodge and grounds from late May through mid-October and throughout the year for private tours.

Not as well known is the Cassidy Boathouse located within South Shore’s Al Tahoe, one of Tahoe’s earliest neighborhoods. This rare treasure of a boathouse was recently restored after a devastating 2011 storm knocked it off its pilings. Built circa 1908, the Cassidy Boathouse is one of the last remaining extant buildings from the early Al Tahoe era. This floored-in boathouse is unusual in that it was built with several architectural styles, including the Adirondack, meshed together. Today, the Cassidy Boathouse, with its elegant towering pilings, locally milled wood and tin roof, is available to rent, and has played host to wedding ceremonies, concerts and workshops. 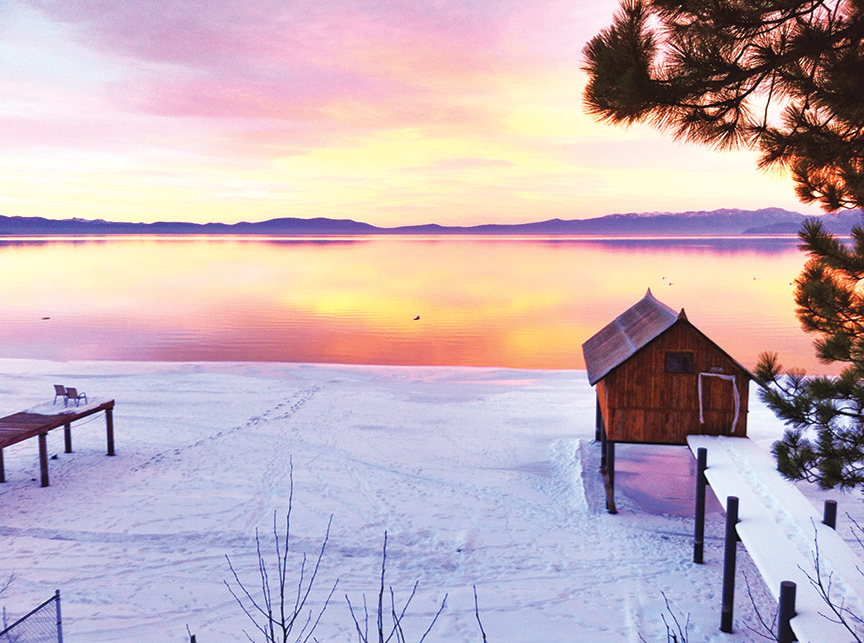 These historic boathouses are more than just a shelter for waterborne vessels. They are gems on Lake Tahoe’s shoreline, tangible memories of days gone by.

Kelly Smith Cassidy is a South Lake Tahoe-based writer and owner of the Cassidy Boathouse.