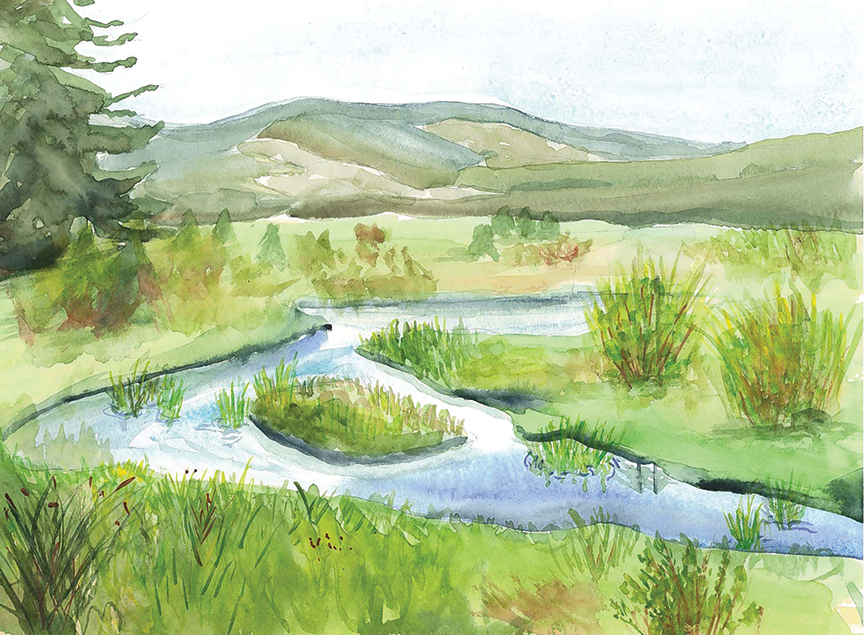 A dispute over the future of a drained reservoir on an Incline Village property purchased by the U.S. Forest Service sparked a verbal battle between state and federal agencies.

NDOW maintains those dangers are exaggerated and outweighed by the potential to transform the small alpine reservoir into a fishery to abet the resurgence of Lahontan cutthroat trout. Historically, Lahontan trout flourished in Lake Tahoe, but over-fishing and the introduction of non-native species nearly eradicated the fish, which are listed as federally threatened.

Nonetheless, the Forest Service balked at the suggestion of creating a fishery, saying the reservoir’s current dam falls well short of federal or state safety standards. Any newly constructed dam would still be susceptible to failure, as the dam is less than 1,000 feet away from a major fault line. Its positioning directly above Incline Village means such failure would result in a catastrophic loss of life and property, the Forest Service says.

The Lake Tahoe Basin Management Unit (LTBMU), a division of the Forest Service, purchased Incline Lake for $43.5 million as part of a 777-acre land acquisition that began in 2008 and concluded in 2011. It was previously owned by private development firm Incline Lake Corp., which maintained the lake as a private fishing and recreational resource.

The Forest Service drained the lake in 2009 after an independent consulting firm deemed it unsafe. However, the federal agency did explore the alternative of constructing a new dam to meet current seismic regulations.

NDOW notes the Forest Service went so far as to apply for funding under the Southern Nevada Public Land Management Act, which allows the federal government to fund projects throughout Nevada and Lake Tahoe with proceeds from land sales in the Las Vegas region. In an October 17, 2014, letter from NDOW habitat biologist Mark Freese addressed to the Forest Service, the state agency indicates it felt mislead by the Forest Service, stating it believed the application for funds to repair the dam was evidence that creating a lake fishery was in play.

“Based upon our meeting with the Forest Service on July 15, 2014… it was explained to us that [building a new dam] could meet the purpose and need,” Freese wrote. “Either we were led astray or the purpose and need could be met by exploring and implementing a dam improvement option.”

In an earlier letter, NDOW asserted the Forest Service used the lake and the potential for recreational activities, including catch-and-release fishing, as one of the primary reasons for its purchase.

LTBMU spokeswoman Cheva Gabor acknowledges these facts but says once officials learned of the potential for a catastrophic seismic event that could destroy Incline Village, the Forest Service’s appetite to restore the reservoir vanished. “The people downstream from this reservoir stood at significant risk of damage to life, limb and property,” Gabor says.

NDOW officials assert the concerns over dam safety are overblown, as a newly constructed dam would be able to withstand seismic activity. Freese wrote, “We submit that the reconstruction of the dam will ensure it is built to code and safety standards,” and added that any concerns about the aging of the dam would be managed appropriately by the Nevada Division of Water Resources.

The Forest Service says NDOW’s plans for a fishery would mean the agency would have to consistently stock the lake with fish as the reservoir would not suffice as a reproductive habitat. Furthermore, the Forest Service is committed to allowing the drained reservoir to recover into its more natural state as a wetland, where there is abundant recreational opportunity for wildlife viewing and birding, Gabor says.

“We’re talking about environmental restoration of a rare habitat type,” she says. “That meets our mission and that’s where our focus is. There are benefits that give people the opportunity to experience the wetlands and the wildlife associated with them.”

The property will also afford a stream fishing experience, she says, noting the area provides sufficient recreational fishing opportunities. “Also,” says Gabor, “Incline Lake was never public, so it’s not as though we are taking away an opportunity that was there before.”

Don Kanare, an Incline Village resident and real estate agent, joined NDOW in expressing dismay at the Forest Service’s decision. He claims the recent increase in bear/human interactions in Incline Village is at least partially attributable to the elimination of Incline Lake.

“One of the primary reasons that we are seeing more bears and having more human/bear conflicts in Incline Village than ever before is due to the loss of Incline Lake and all of the natural forage that was supported by this permanent water source,” Kanare wrote in a letter to the Forest Service dated December 7, 2014.

There is not enough water in the reservoir to truly trigger the catastrophic flood the Forest Service depicts in its rationale for decommissioning the dam, he said, writing “If [your decision] comes to fruition, the net result will be a mosquito infested area where a beautiful lake once existed.”

The Forest Service decision is final, Gabor says, although NDOW does have legal recourse should they decide the matter warrants a lawsuit. In the meantime, the Forest Service is moving ahead with gathering feedback from the public regarding the type of recreational activities they would like to see on the property.

“It’s public land and it’s accessible right now,” Gabor says. “You can walk through it, snowshoe through it, enjoy it. It has some gorgeous views.”