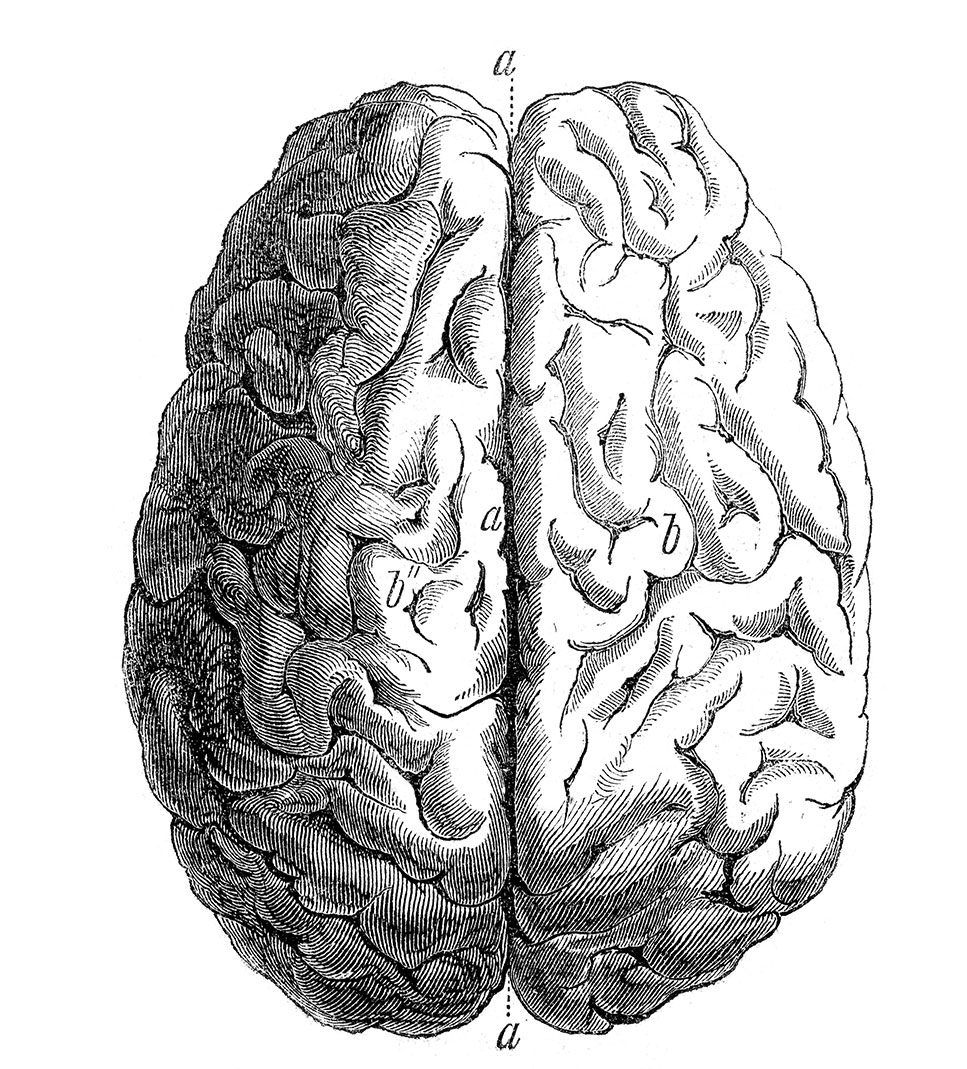 Truckee’s Thor Retzlaff doesn’t remember the crash. Now 18 years old, Retzlaff, then 15, was competing in a freestyle skiing competition in April 2011 when he landed a jump and the impact sent his knee crashing into his face.

“I was on the chairlift, and then it felt like I blinked for five seconds and I was in the hospital,” Retzlaff says.

Three years later, the interim—responders rushing to his side after the impact, the trip to the hospital—remains a blank.

In another era, not long ago, before coaches, athletes and parents were better-informed about the impact of concussions on brains, Retzlaff’s injury may have been chalked up to ‘having his bell rung.’

But today, largely due to the efforts of local physicians and educators, when and how young Tahoe and Truckee-area athletes return to physical activity—much less competition—following a head injury is governed by a strict set of guidelines.

Retzlaff went through a two-week period of rest and a subsequent mental acuity test known by the acronym ImPACT—Immediate Post-Concussion Assessment and Cognitive Testing, developed by University of Pittsburgh–affiliated scientists—before returning to action.

Those measures were laid out in part by Dr. Nina Winans, who is board certified in Sports Medicine and the medical director of Tahoe Forest Health System’s (TFHS) Tahoe Center for Health and Sports Performance in Truckee.

As a former college athlete and a parent of two young athletes, Winans is one of the most respected sports medicine physicians in the region. In concert with fellow physicians and educators at the Tahoe Truckee Unified School District (TTUSD), Winans built and administers a program to protect children following head injuries.

The need for Winans’ program is very real, says her colleague Dr. Eddie Mozen, an ER physician at Tahoe Forest Hospital in Truckee and the chairman of the youth-oriented Far West Masters Scholarship Program.

On a typical weekend during the ski season, Tahoe Forest Hospital emergency room physicians see 10 to 15 children with concussions—some very severe, Mozen says. A ski racer himself, Mozen remembers an incident about eight years ago where he treated a teenaged boy for a concussion one day, advising him to stay off the slopes for two weeks.

“I saw him out there the next day,” Mozen says. “At that time, coaches and parents weren’t really paying attention; concussion awareness wasn’t really in the news like it is now.”

Head injuries are most common amongst youth and young adults from roughly ages 9 to 24, with men suffering them at a statistically higher rate, says Kris Terrian, a licensed athletic trainer with Tahoe Orthopedics and Sports Medicine in South Lake Tahoe.

Awareness—both nationally and locally, due in part to media attention to concussions suffered by retired NFL players—has risen substantially during that time, and for good reason, Mozen says.

“The problem is when you get hit in the head you have certain symptoms—loss of reaction time and memory—and coming back too soon from an injury can cause those symptoms to last for years. Those functions can get stuck at a level below your baseline and not come back up,” Mozen says.

With about a million concussions occurring annually in the U.S., “it’s our job to make sure we protect these kids and don’t let them come back too early,” says Winans.

Winans was among those at the forefront of concussion care during a fellowship at UC Davis/UC Berkeley’s Sports Medicine program in the early ’90s. Throughout her training, she worked extensively with UC Berkeley Golden Bears athletes following concussions, and established early protocols for dealing with head injuries.

In 1994, Winans moved to Truckee and took a job with the Truckee Tahoe Medical Group (TTMG), where she continued to emphasize the importance of concussion awareness to her patients. The issue gained attention when NFL players suffering the long-term consequences of concussions became national news in recent years. Stories of major traumatic brain injuries (mTBI) from the world of skiing and snowboarding have also gained widespread attention—the 2013 documentary The Crash Reel cataloged professional snowboarder Kevin Pearce’s long road to recovery following a hellacious crash in a halfpipe in 2009. Alpine skier Lesley LeMasurier’s story of repeated concussions while competing has been the subject of a number of news features.

About five years ago, Winans, with support from TFHS and a group of local physicians—including Mozen and TTMG’s Dr. Gina Barta—began buying and administering the ImPACT tests to TTUSD students with the help of Jaime Legare, Truckee High School’s athletic director. Athletes at the schools take the computerized test twice during their high school career to establish baselines for mental acuity and reaction times, says Truckee High School principal John Carlson, a partner in the program.

The test, along with education for student athletes, parents and coaches, is the first step in the school district’s concussion management plan, Winans says.

After the tests—which every team takes in the first few weeks of a sports season, Carlson says—students are monitored during games by coaches, Tahoe Center for Health and Sports Performance’s athletic trainer Abbe Gage or other volunteer medical professionals like Barta and TTMG’s Dr. Gregg Paul. If a student suffers a concussion, or is suspected to have suffered a concussion, the student is immediately removed from gameplay and is not allowed to return until he or she is cleared by a medical professional trained in recognizing the signs of concussion, Winans says. Similar standards are being applied on local youth ski teams.

“Resting the brain is the ultimate treatment for concussion,” Terrian says, adding that school, work, physical activity and stimuli like computer time and video games should be avoided. “Anything that stimulates the brain should be limited and monitored.”

Bringing athletes back from that recovery period can be a slow process, Winans says.

“They may be out of school for a few days or a week or take on modified academic duties,” she says. “Then, gradually, we build things back up to low-impact exercise. The final piece is the post-concussion ImPACT test that we do when everything else looks like it has resolved. We sit them down at the computer and see if they’re back to their baseline or if we need to look at some continued treatment.”

Injuries young athletes suffer to joints or muscles are critical and often urgent, but properly dealing with a concussion is a matter of paramount importance, Winans adds.

“Nothing impacts them as profoundly as a head injury,” Winans says. “It impacts them in every aspect of life. You can be in a wheelchair and still go to work, still take tests… whereas with a concussion you can have this out-of-body feeling, impacted emotional ability and a hard time concentrating and getting through the day. That’s why I care so much about it.”

To that end, physicians and educators have partnered to dispense education to athletes, coaches and parents.

Both Truckee and North Tahoe High work to get the message first and foremost out to students. At Truckee High, Retzlaff commented on the effectiveness of the Tahoe-based nonprofit High Fives presentation at school to raise awareness about the impact of concussions.

“I would suspect 70 percent of our kids here ski or recreate outdoors or play a sport,” Carlson says when illustrating the need for continued education on the matter.

To communicate with parents, general information on the school’s concussion management plan goes out at the beginning of the school year. In addition, either Winans or one of her fellow physicians tries to attend and speak at as many local parents’ meetings as possible to raise awareness about concussion impacts and the testing program.

Physicians like Mozen help to educate coaches so they can identify the signs of concussion—impaired balance, focus and memory, to name a few. Mozen’s Far West Masters Scholarship Program buys the ImPACT tests for local ski racers.

To help students recover from concussions, the schools and Wells Fargo Insurance have partnered on the Play It Safe campaign. The campaign provides free post-concussion consultations with Winans or other certified post-concussion doctors for students who have suffered concussions. It’s paid for in part by the TFHS subsidiary Tahoe Institute for Rural Health Research (TIRHR), with funds from the Gene Upshaw Memorial Fund—the charitable body whose namesake was a legend with the NFL’s Oakland Raiders and a part-time Truckee resident. The Play it Safe program has resulted in more students seeking qualified professional help and guidance on the return-to-play decision without worry about the cost of professional care.

TIRHR’s scientists and engineers, led by former UCLA, Amgen and Pfizer clinical brain researcher Keith Tatsukawa, are developing a simple device to assist in the objective diagnosis of mTBI. The device would signal when participants should be sidelined and would also be used to determine when they are healthy enough to return to play. The goal is to prevent athletes from suffering successive head impacts when the brain is already injured, resulting in more severe brain trauma. This research is being conducted in cooperation with the Tahoe Truckee Unified School District, TFHS-affiliated emergency rooms, TTMG, as well as emergency clinics and ski race programs at local downhill resorts. Representatives of TFHS and TIRHR are working within the Tahoe region to test athletes who have suffered a potential mTBI in order to perfect this technology.

All of these tentacles spreading out from Winans’ work are just tools in a kit, she says. Increased education is the name of the game. To that end, a free community concussion education program was held last fall, also sponsored by TIRHR. The program was designed for coaches, teachers, parents, athletes and school officials and was presented by doctors from the Sports Legacy Institute. More than 350 people attended the educational event held at Olympic Village Inn at Squaw Valley.

Kyle Magin is the editor of Tahoe Quarterly magazine and a freelance sports writer.