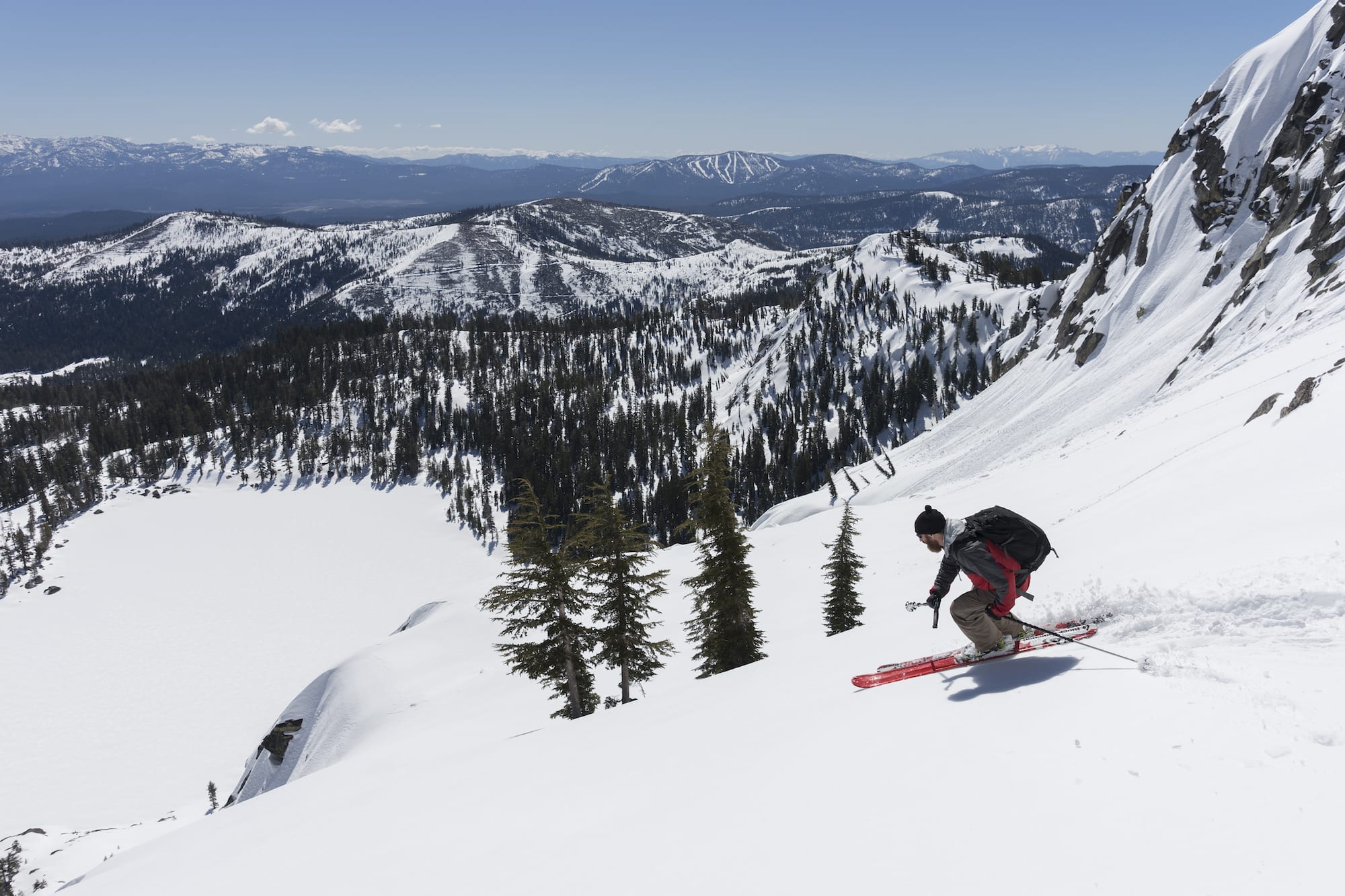 Framed by towering glacier-carved cliffs rising dramatically from its shoreline, Frog Lake holds its own among the Northern Sierra’s most rugged and picturesque alpine lakes. Despite its close proximity to Truckee, however, few have seen it up close.

Set at 7,600 feet between Castle Peak and Tahoe Donner, the lake and its surrounding property have essentially been off limits to the public since Abraham Lincoln was president.

That’s not to say adventurous backcountry skiers haven’t peered over the edge of Frog Lake Cliffs over the years, pondering the possibilities. The idle daydreams of those skiers may be overshadowed by reality as soon as 2020.

The Truckee Donner Land Trust, working with The Nature Conservancy and the Trust for Public Land as part of the Northern Sierra Partnership, plans to purchase the lake and 2,914 acres of surrounding properties.

The acquisition, which will require the partnering organizations to raise $15 million in the next two years, represents a landmark conservation deal from the perspective of open space protection, habitat protection and public access.

For backcountry skiers and snowboarders, the historic stone lodge on the lake’s east shore dating back to the 1930s could represent something more. The historic structure brings into focus a long-standing dream—the possibility of linking together a series of backcountry huts on properties preserved by the Land Trust and its partners. Previously closed to the public, these purchases encompass thousands of acres of wild terrain.

“The chance to preserve this stunning lake is once in a lifetime,” says Land Trust Executive Director Perry Norris. “And the possibility of creating a backcountry hut system could change the way people enjoy these amazing places in the winter.”

While the idea of using Frog Lake’s stone lodge as a ski hut, and potentially adding a couple more on nearby Red Mountain and in Carpenter Valley, are still conceptual, the possibility is becoming more tangible, Norris says.

“It’s a rare breed of skier willing to rough it overnight in the snow, so most backcountry skiing happens within a couple hours of the road’s edge,” Norris says. “Huts open up new terrain and new possibilities.”

Adding new huts to the region would open up backcountry skiing and snowboarding opportunities on Frog Lake Cliffs, Red Mountain and Carpenter Ridge. Much of the terrain is both advanced and remote from aid, but experienced, knowledgeable and properly equipped backcountry adventurers will find an all-new wonderland at their ski tips.

Outside the region in places like the Swiss Alps, the Colorado Rockies and Oregon’s Wallowas, huts are wildly popular. Here in the Tahoe–Truckee region, the Sierra Club’s four huts are booked out months in advance. 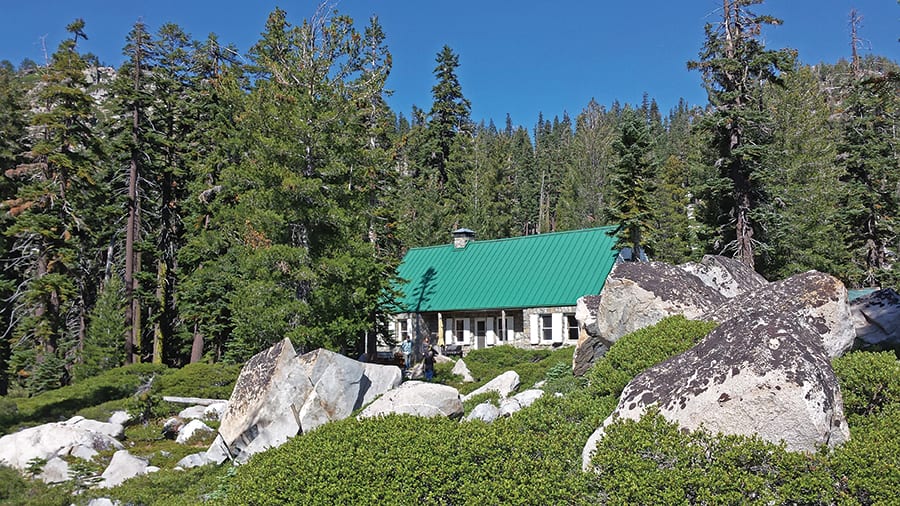 “Through the combined work of our partners, this project has evolved into an opportunity to preserve and restore the headwaters feeding into the magnificent Carpenter Valley, to create an incredible new set of recreational opportunities for the public and to add to the wilds just outside Truckee,” says Markley Bavinger, Sierra program manager for the Trust for Public Land.

Beyond the potential for backcountry skiing and riding, the acquisition will significantly reduce the potential fragmentation of wildlife habitat north of Truckee and create new opportunities for summer trails as well.

“Over the last decade or so our partners have worked to put the pieces of the Northern Sierra back together again,” says Lucy Blake, president of the Northern Sierra Partnership. “Our partnership’s success is fueled by the vision and generosity of our supporters, and this is our best chance to permanently protect and connect these spectacular landscapes for water, for wildlife and for all of us.”

Aside from Frog Lake itself, the property includes conifer forests, aspen groves and freshwater creeks that provide vital habitat for wildlife with large home ranges such as black bears, wolverines, martens, mountain lions and northern goshawks.

“Habitat fragmentation is a critical threat to the Sierra’s iconic wildlife species,” says David Edelson, Sierra Nevada program director for The Nature Conservancy. “This acquisition will help to knit together a fragmented landscape, protecting our upper watersheds and making them more resilient to climate change.”

Prosser Creek flows from the snowmelt that pools in Frog Lake, becoming an important tributary on the middle stretch of the Truckee River, Edelson notes. Preventing development in upper reaches of watersheds is a key way to protect the quality and clarity of water downstream.

The purchase also protects the water source for Carpenter Valley’s rare spring-fed fens, a unique and scarce habitat that is home to carnivorous plants and other uncommon species.

“This opportunity represents a tremendous coming together of several strong organizations that are all motivated to see the Sierra Nevada made whole,” Bavinger says. “The Trust for Public Land’s many decades of working in the Sierra have been punctuated by a lot of big, high-profile successes—and this acquisition falls among our most ambitious and visionary achievements.” 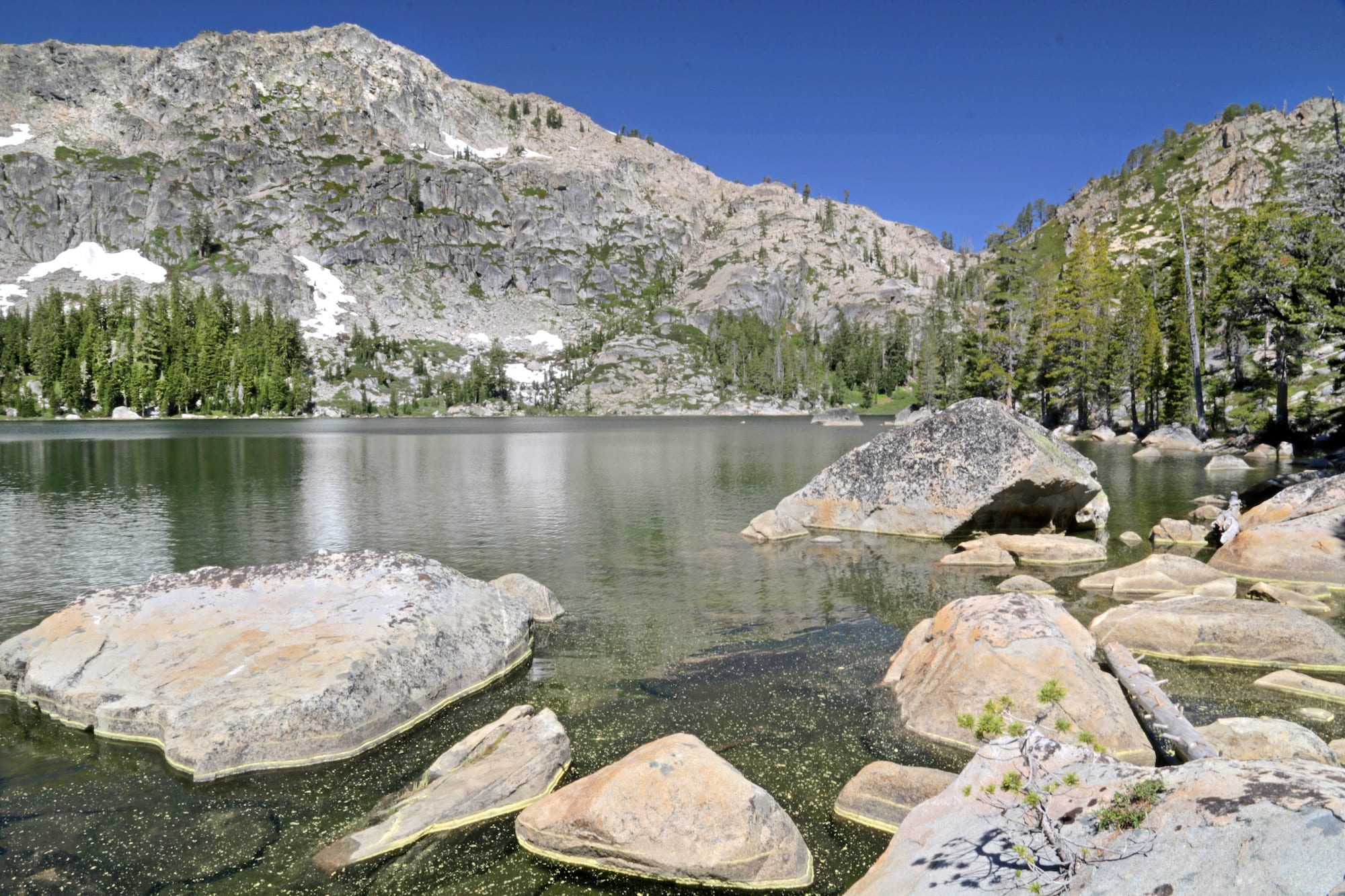 Frog Lake north of Truckee is located at the base of an impressive cliff band at 7,600 feet in elevation. Although the land is privately owned, that could change as soon as 2020 as conservation groups plan to purchase the lake and 2,914 acres of surrounding properties, photo courtesy Truckee Donner Land Trust

Dating Back to Lincoln

Felix Smith acquired the Frog Lake property from the Southern Pacific Railroad in the 1930s, and it has remained a summer retreat for the family since.

Before the Smiths, the land was granted to the Southern Pacific Railroad as part of the Sierra Nevada Checkerboard by President Abraham Lincoln to complete the transcontinental railroad.

The family, which has taken great care of the property, according to the Land Trust, was intent on seeing it go to conservation.

The Land Trust and its partners ask the public to respect the Smiths’ privacy until the transaction is complete in 2020. That means only viewing Frog Lake from the cliffs above, which can be accessed by the Warren Lake Trail.

To find out more, go to tdlandtrust.org. 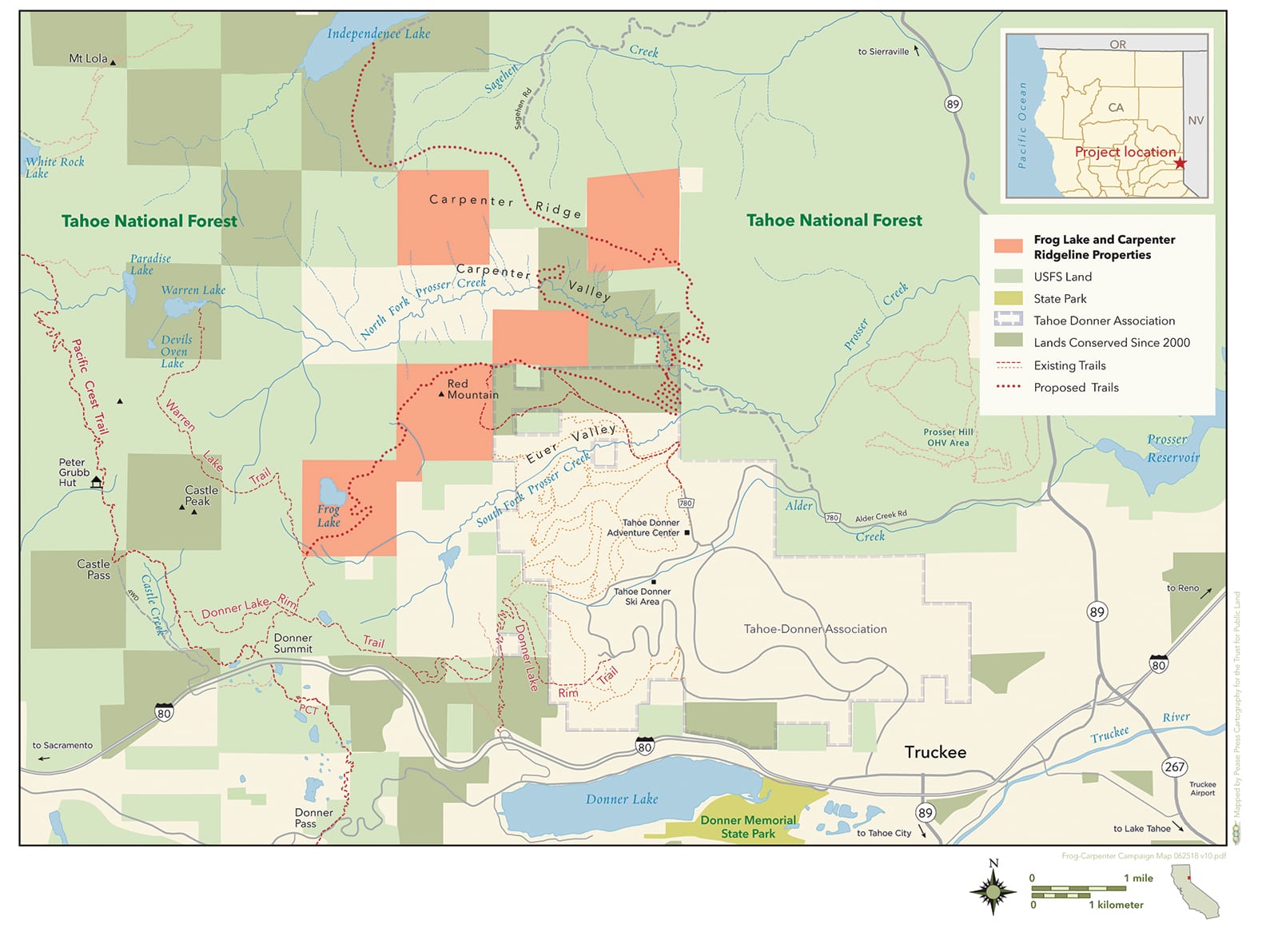