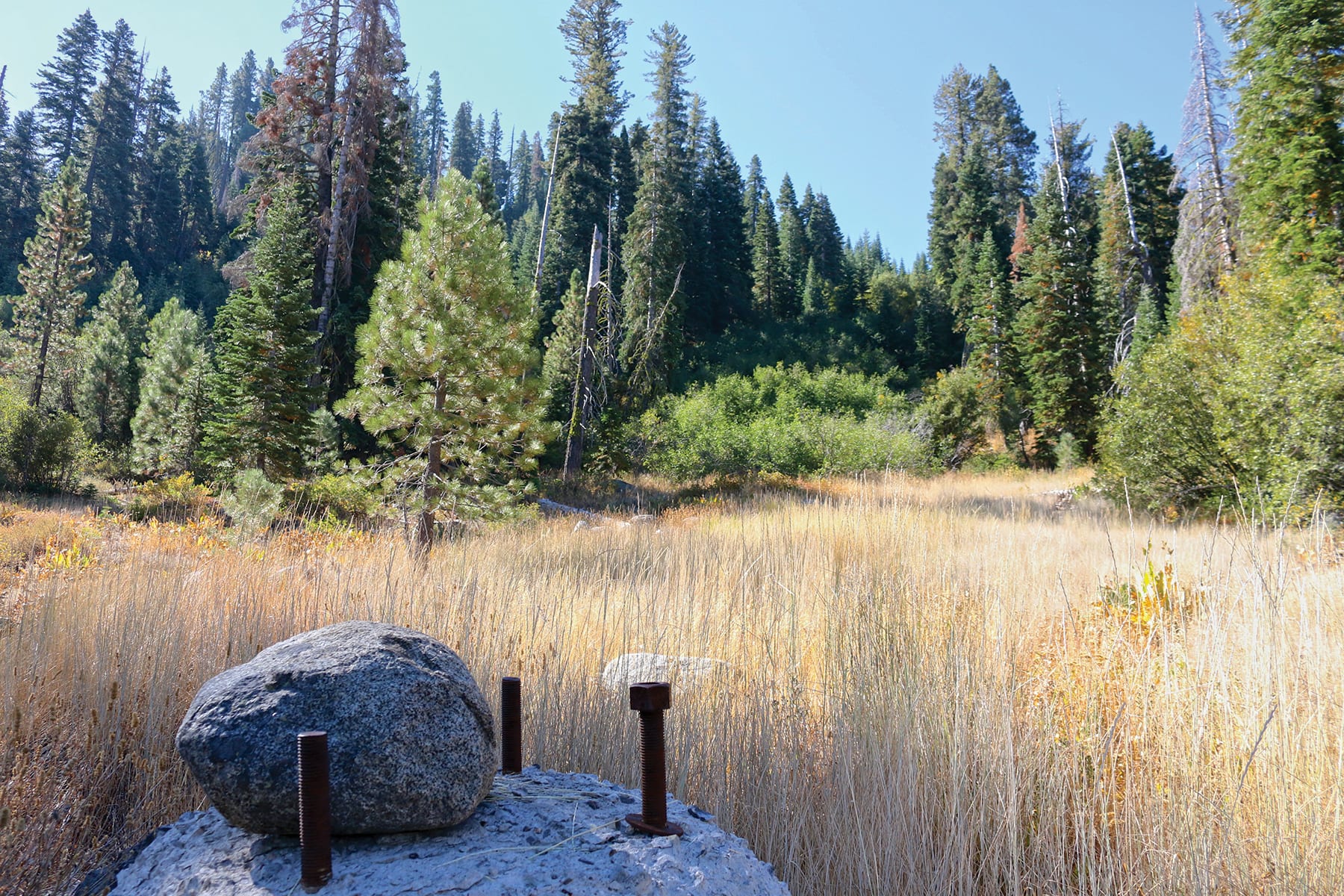 At the abandoned Powder Bowl near Alpine Meadows, the foreground shows the effects of grading while the run above it, which was cleared, is recovering well, photo by Sylas Wright

The Scars of Skiing’s Past

Two ski runs are sitting next to each other. One was cut by a chainsaw, the other a bulldozer. Which one is more sustainable?

The method by which a ski run is cut has everything to do with whether or not the forest—the trees, the bushes, the growth, the entire ecosystem—will regenerate in the future. 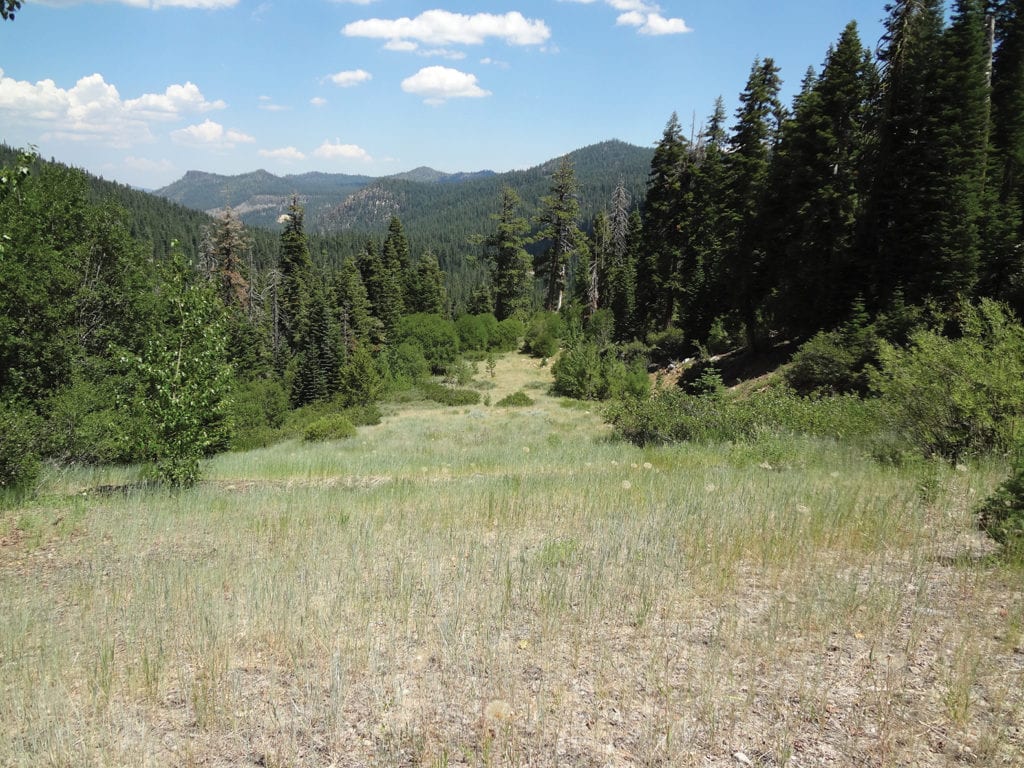 A graded ski run at Powder Bowl struggles to regrow native vegetation more than 30 years after the resort closed, photo by Jennifer Burt

“When I started getting out there and hiking around ski areas, it became really apparent that there were these two distinct levels of disturbance that are used to create ski runs,” she says.

In some parts of these abandoned ski areas, even 45 or 50 years since lifts stopped spinning, the runs are still visible on the mountain—as obvious as ski runs that are regularly maintained at operational ski resorts today.

In other parts, however, the forest had reclaimed the ski run. Seedlings matched trees that were growing on the border of the run. Ecosystems were vibrant.

The difference between the two, as Burt discovered, had more to do with the method used to cut down the trees than the ecology itself. When a ski run was “cleared” by a chainsaw, the forest would eventually come back. But if a bulldozer “graded” the ski run, the subsequent damage to the soil created too great an obstacle for the forest to regenerate.

“This was interesting to me in a nerdy, ecological way,” says Burt. “People have this idea that vegetation should be this orderly return. But in the Sierra forest, I didn’t find any pattern like that. It was more like the species that came in were species that tended to be in the surrounding forests. The one thing that was predictable was the cleared ski runs, the trees would grow and become similar to the forest community.” 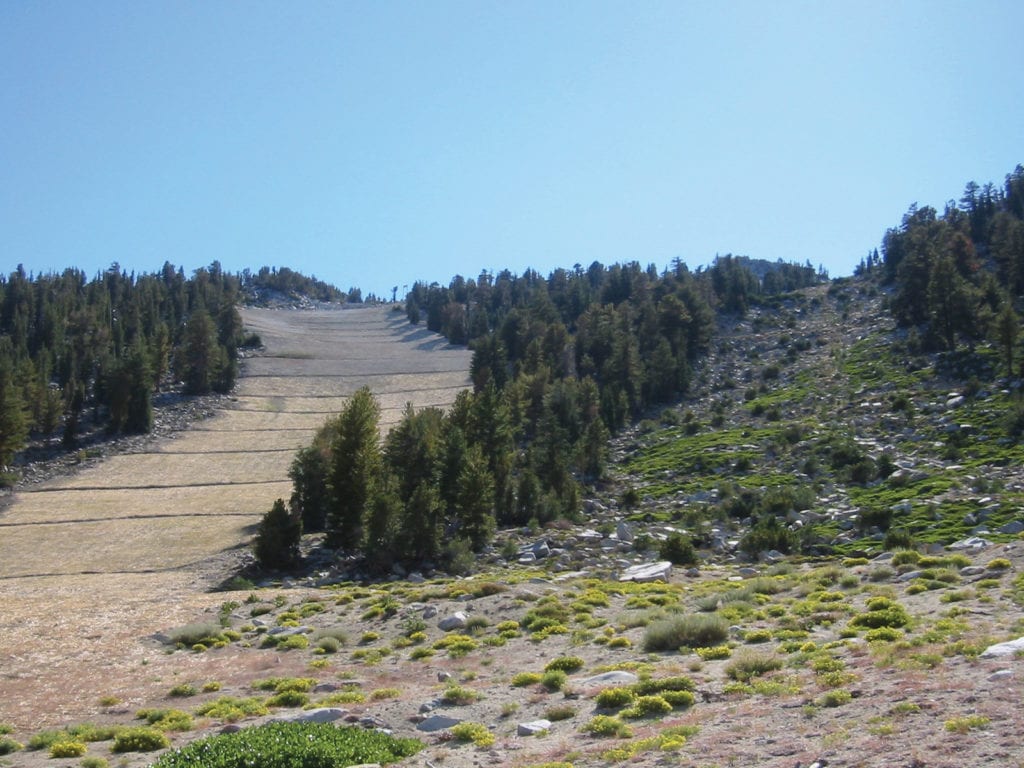 Side-by-side runs at Mt. Rose Ski Tahoe illustrate the two methods of cutting a run—the one on the left was graded by bulldozer and the other cleared by chainsaw, photo by Jennifer Burt

What she’s talking about are two things. First, there is no defined chronological order of regrowth—instead, trees on the edges of the ski run gradually converge. Second, a bulldozer stops this process entirely—and unless there has been intentional restoration, it’s likely the forest will never return.

The reason is rooted deep in the dirt.

Dirt, especially in the Sierra Nevada, is a precious commodity. The soil profile is thin to begin with and takes a long time to develop the layers, organic matter and minerals that are signs of vitality. Dirt in the high elevations of the Sierra is also especially susceptible to erosion and disturbance.

“The top soil layer is thinner in montane areas,” says Burt, “and when it’s disturbed, it doesn’t regenerate on human timescales.”

The abandoned ski areas in Tahoe provided the perfect test sites for Burt to do her research. They were all located in high alpine coniferous forests on northerly aspects, and had both graded and cleared ski runs that could be monitored and compared. The differences were obvious.

On cleared runs, the forest had taken back domain of the land. The same species of trees on the perimeter of the ski runs were growing in the cleared areas, and so were bushes and plants. The soil was deep and healthy.

On graded runs, the dirt was sparse, if not eroded. “It’s more of a concrete parking lot as opposed to a functional soil,” says Burt. And the few trees that were growing looked like banzai plants, she adds. “Like the sad little lodgepole pines that you see in harsh conditions.”

The evidence exists in plain sight. Just off of Alpine Meadows Road, the ruins of Powder Bowl ski area, which closed in the 1980s, are a clearing in the woods to the left. Along Highway 88 about a dozen miles west of Kirkwood are the ruins of Iron Mountain Ski Area, which closed in the mid 1990s. It’s not much these days—graffiti and dilapidated buildings, an old lift station with frayed cables—and also wide fields of snow, perfect for wiggling backcountry ski turns or sledding. 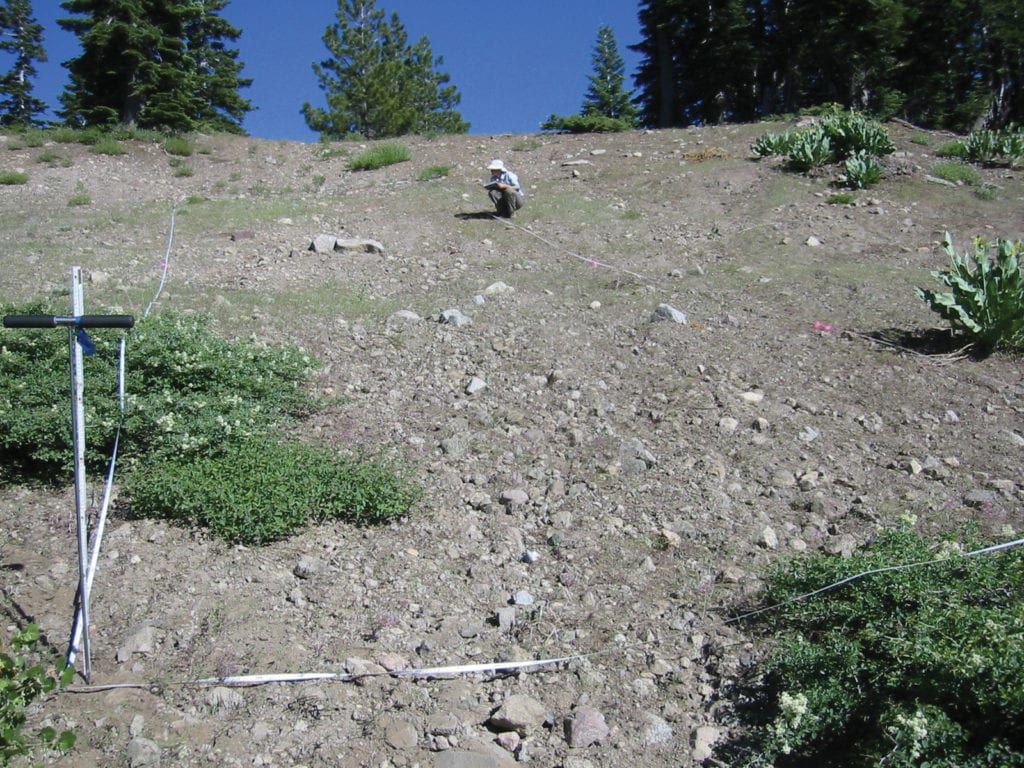 Kevin Morton, who manages the Facebook page for “Lost Ski Areas and Ski History of CA,” says the evidence of a bygone era in skiing is easy to discover in the mountains. He regularly finds old lift pylons and cables, rusty cans and broken Coca Cola bottles out in the old ski runs.

“Even places like Squaw Valley have evidence of an early time that’s overlooked by newer and expanded terrain,” says Morton.

These abandoned ski areas are like the old mines from the California Gold Rush. Their ruins dot the foothills of the Sierra—worn and weathered infrastructure that, despite decades of getting pummeled by Sierra storms, still stands. Also like old mines, ski areas leave behind a lasting footprint on the environment. There is a key difference, however. Mines don’t naturally refill with dirt, but ski runs can return to nature, so long as the mountain manager uses a chainsaw.

Julie Brown is a Reno-based writer and editor.