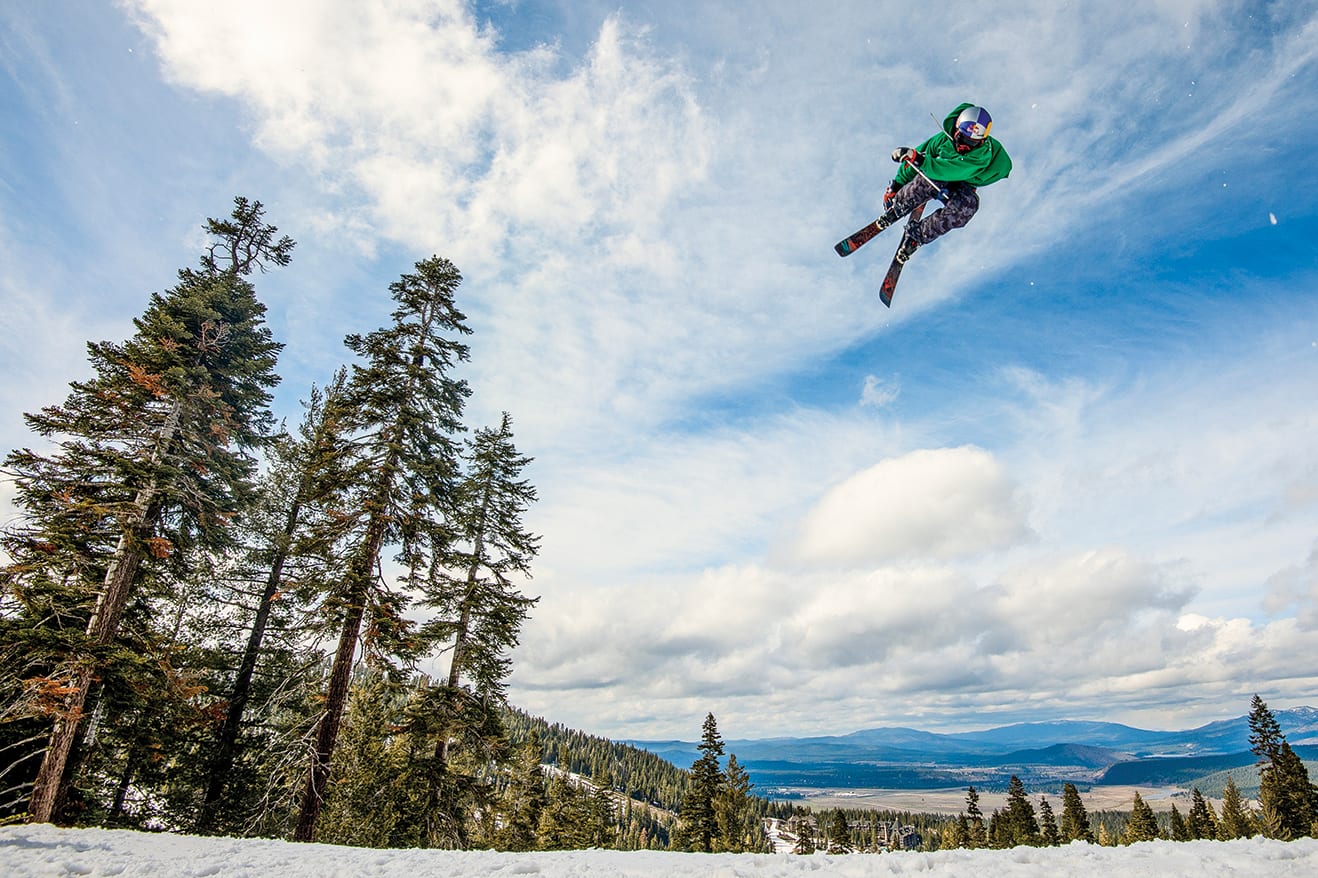 Bound for the Big Stage

Raised on Tahoe’s terrain parks, young Cody LaPlante is flying high again after injury, with his sights set on progression 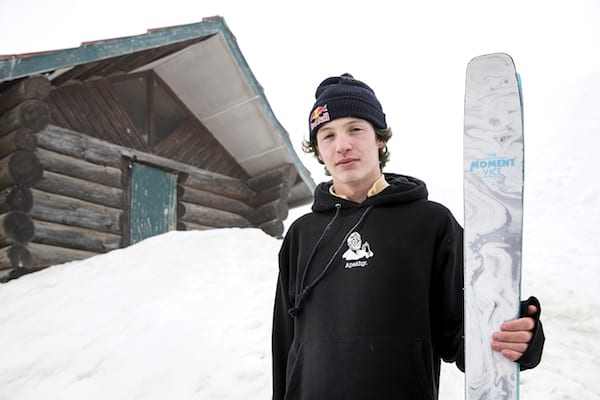 The sound of metal edges slicing over hardpack gives way to silence as Cody LaPlante launches from the lip of a jump, already halfway through a rotation. He completes the first 360 and begins to alter the axis of his rotation, incorporating front flips into each of the next three spins before landing on a patch of snow 80 feet beyond his launch point.

Although this is the first time such a trick—a triple misty 1440—has ever been landed, the 14-year-old skis away from his accomplishment smiling and relaxed, already looking to further his training for the upcoming slopestyle competition season.

“I’ve always kept my goals relative to myself, in that I am not striving to impress others, but rather to make my 11-year-old self proud,” says LaPlante, staring into a latte outside Truckee’s Pacific Crest Coffee on a perfect summer day.

LaPlante, now 17, is fighting the urge to go to the skatepark. He is committed to staying healthy before his flight to New Zealand in a week. A year after tearing his anterior cruciate ligament and meniscus on a jump sent too far at the same New Zealand resort he is returning to, the U.S. Ski Team rookie slopestyle member is focused on regaining his competitive form and a spot on the Olympic squad. 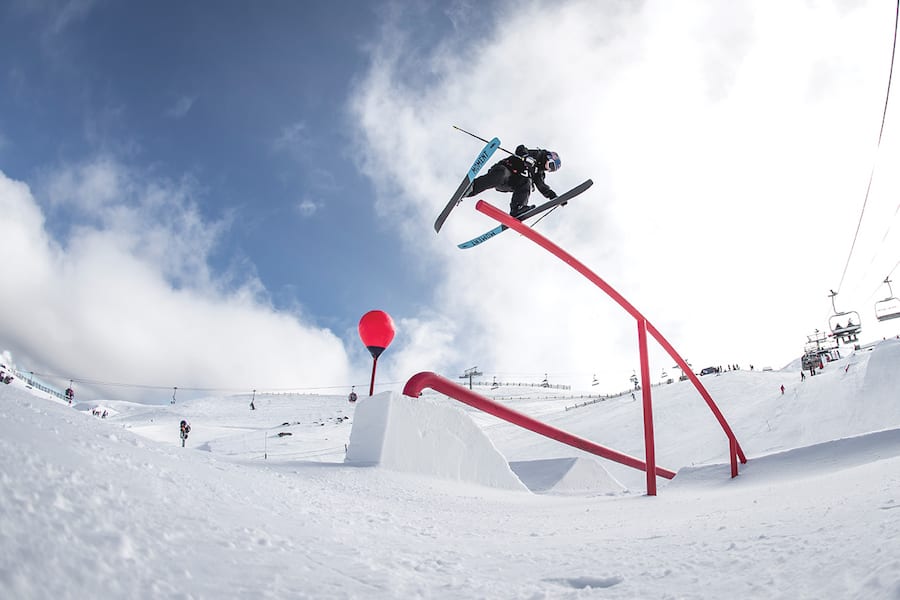 LaPlante grew up like many professional skiers from Tahoe—competing on the Alpine Meadow/Squaw Valley Mighty Mites. Instead of learning to race, like many of the kids his age, he spent time in the terrain park, rapidly progressing to the larger lines by an early age.

He landed his first backflip at age 7, his first double backflip at 11 and his first triple at 13. He began competing at 9, winning his age group in slopestyle at the USASA Nationals. After surpassing the abilities and confidence of age-groupers far older than him, LaPlante joined the big-mountain team.

“The big-mountain team at Alpine Meadows forced me away from the park, to think differently about how I handled air time and approached obstacles,” he says. “I greatly enjoyed riding with the big-mountain team, but I always felt drawn back to the park.”

LaPlante says he found inspiration to progress in part from watching countless film segments of Simon Dumont, Tom Wallisch and other professional skiers who frequently traveled to Tahoe for its impressive terrain parks and scene. The relatability attained from watching his skiing idols riding features on his home mountain gave him goals to reach for and the opportunity to emulate their tricks.

“I think the fact that many of them came to Tahoe to ride the big terrain parks that used to exist at Alpine Meadows gave me further hope and some visualization that I could ride the same features as them,” LaPlante says. 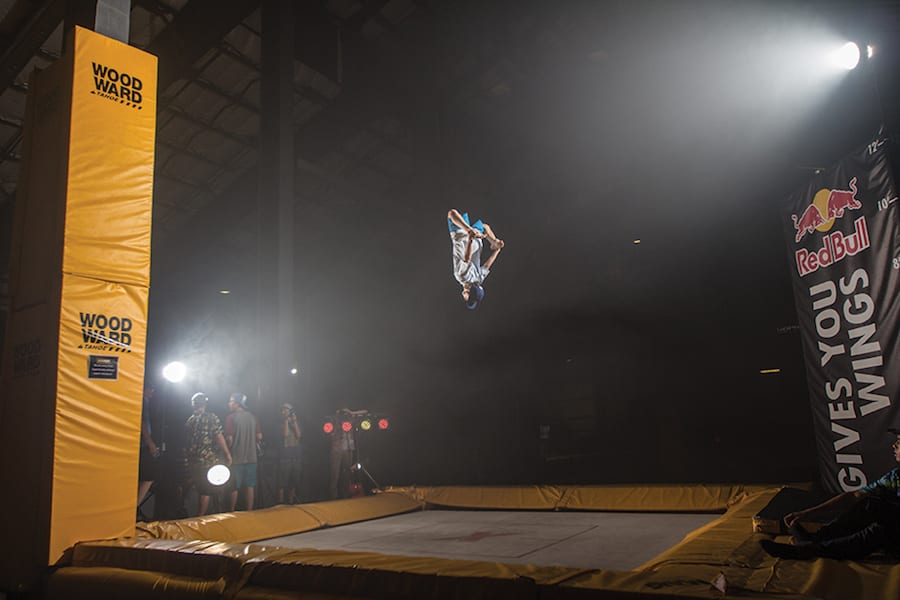 As he describes skiing Tahoe’s renowned terrain parks in his early days, LaPlante’s voice fades as he gets closer to the present, eventually pausing at the point where the corporate structure of Alpine Meadows changed, ending the existence of large terrain parks and an era of Tahoe skiing.

“I found myself progressing so rapidly, constantly challenged by the presence of ever-larger jumps—and then it all ended,” he says. “Not only did I feel hampered by the lack of features, but other athletes stopped coming to Tahoe as it began to shift to a big-mountain freeskiing culture.”

When LaPlante’s ability exceeded the features available at Squaw Valley and Alpine Meadows, he began training at Boreal Resort, where he once again found the surroundings necessary to progress.

“Around the age of 11 or 12, Woodward Tahoe was built next to Boreal, providing me with both a place to progress my skiing as well as a familiar community, focused on furthering each other’s prowess in the terrain parks,” says LaPlante.

Woodward, an indoor training facility comprised of trampolines, foam pits and ramps to safely practice tricks, provided the young skier with a place so fitting he coined it “Cody Land.” Requesting his parents drop him off as early in the day as possible, he found an energy outlet that allowed him to experiment both physically and creatively.

“I think the amount of air time I accrued on those trampolines provided the foundation of my air awareness,” he says. “This opportunity to practice tricks with relatively little consequence, while surrounded by a community focused on progression, allowed me to perfect not only tricks themselves, but add my own style to everything I do.” 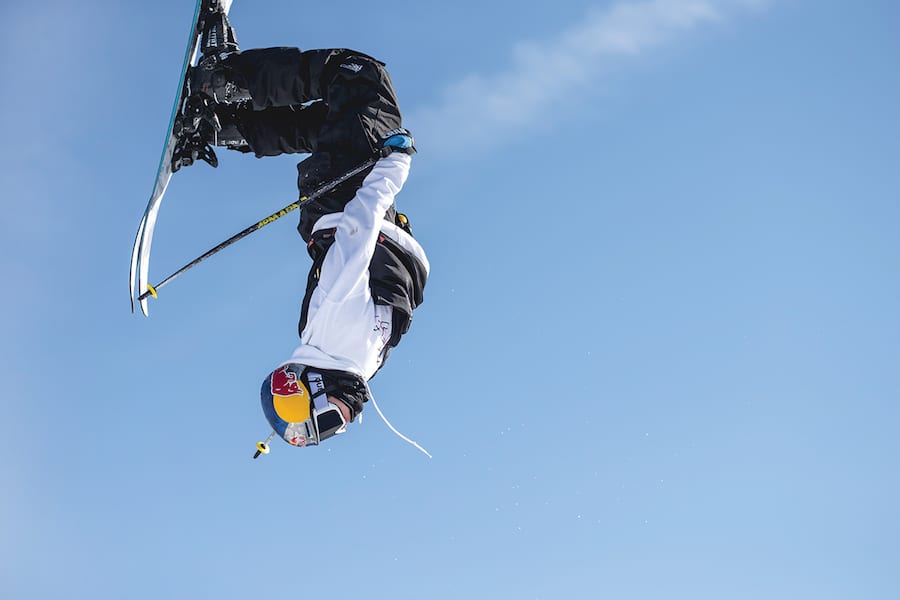 LaPlante says his demanding training and competition schedule is a result of his continued excitement and love for the sport, rather than a drive to make a “job” out of skiing. His extensive travels are necessary to compete in high-level events, but also to train in top-notch terrain parks around the country.

The parks lost during his childhood never returned to Tahoe. The scene moved to locations like Mount Hood, Park City and Colorado. As a result, much of the current slopestyle talent comes from these regions. LaPlante, who is an exception to this new norm, has access to the Center of Excellence in Park City as a member of the U.S. Ski Team, as well as the Red Bull training facility in Los Angeles as part of his longstanding contract with the energy drink brand.

All of this travel creates a full year-round schedule, beginning with the first snow in November, followed by competitions between December and April, training at Mammoth Mountain from May to June (if the snow lasts), then more training at Mount Hood in July and the Southern Hemisphere in August and September. While recovering from his surgery last season, LaPlante put his head down in a final push to finish high school.

“When I figured out the recovery time for my knee injury, I thought about getting a job or acquiring some other skill, but after talking with Mara Jenkins at Tahoe Expedition Academy, I decided to try to finish all of my credits required to graduate,” he says. “I took six core classes in school every day this last year, while simultaneously fitting in time for physical therapy and training.” 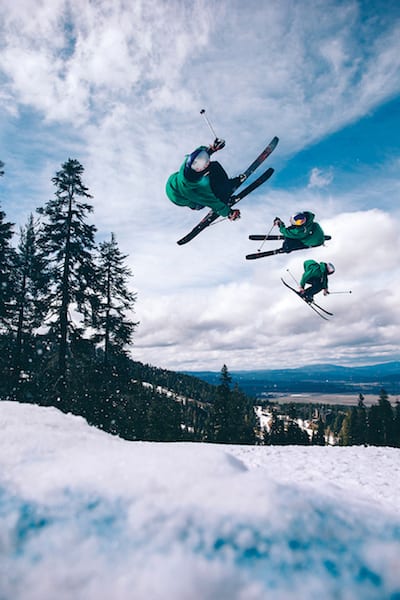 LaPlante has his mind set on competing in the events that inspired him to pursue slopestyle skiing, including the Winter X Games and Dew Tour. However, times have changed with the Olympics becoming a viable option, providing additional motivation to represent his country in Beijing in 2022.

While he looks forward to progressing into the future, LaPlante is quick to credit those who helped him reach this point in his young career. He points out that the Truckee-based High Fives Foundation originally introduced him to the professional skiing community, where he met mentors such as JT Holmes and others.

High Fives founder Roy Tuscany fondly recalls watching the young LaPlante ski a big-mountain freeride venue meant for competition later that day (he was too young to compete). As the announcer of the event, Tuscany sent LaPlante up the mountain to do the first run down before the competitors, like the forerunner of an alpine race.

Nearly a decade later, Tuscany remains one of LaPlante’s biggest fans, both on and off the mountain.

“He’s a truly creative individual with regards to both his athleticism and intelligence, resulting in a unique human who cares about all aspects of life,” says Tuscany. “No matter what he does, it will be done in an intelligent way, making him one to watch.”