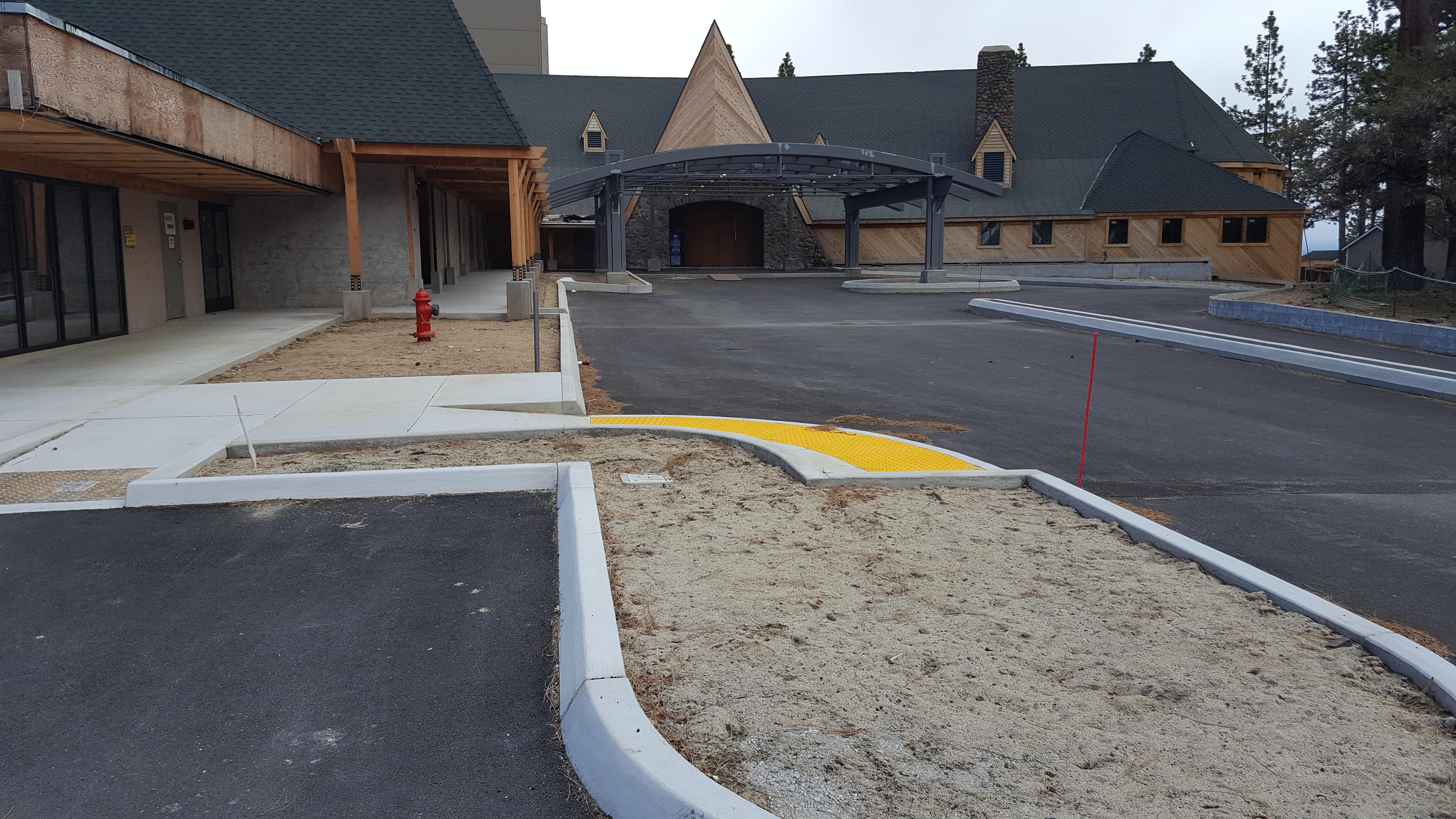 in Around Town | Summer 2016 | Written by Matthew Renda

The Cal Neva Resort & Casino has long been a place where people repaired to test their luck.

Ironically, it is the iconic resort itself and not its patrons that has suffered a losing streak recently. The streak is continuing as Criswell Radovan, the current owner of the property, defaulted on its loan on March 15, casting doubt on the immediate prospects of the historic resort that straddles the stateline on the North Shore of Lake Tahoe.

Documents obtained by the Tahoe Quarterly show Criswell Radovan LLC, a Napa-based development company, has stopped making payments to a Texas bank that owns a $29 million property note attached to the famed casino once owned by Frank Sinatra.

Furthermore, the company has stopped paying several contractors associated with the project, including the lead contractor, Reno’s Penta Construction, which filed a mechanic’s lien for $7 million with the Washoe County Recorder’s office. All told, the development company appears to be in arrears to the tune of approximately $40 million, according to a property profile provided by the First American Title Company.

Reno attorney John Moore, who represents several clients that have mechanics’ liens on file with Washoe County, says he remains hopeful his clients will be paid.

Kristina Hill, a planning consultant who has assisted Criswell Radovan on the redevelopment project, says workers abandoned the project site in November, apparently after it was made clear they would not be paid.

“From what I understand, the contractor has basically walked off the project,” Hill says. “It’s really too bad. Whatever happened, it affects the entire area.”

In several photographs provided to Tahoe Quarterly, the site at present looks like a ghost town, with construction materials strewn about, a clearly unfinished grading project, a gaping hole on the first floor with exposed steel beams and concrete, and no workers in sight.

The major redevelopment project that sought to refurbish the ten-story hotel tower—easily the most visible structure on Lake Tahoe’s North Shore—began after the new owner closed the casino in September 2013.

Since then, the project has been beset by a series of grand opening cancellations—including one slated for December 12, 2014, on Sinatra’s 99th birthday. Yet another delay occurred the following year as the opening scheduled for the crooner’s century in 2015 was likewise shelved.

The latest opening date proffered by the developers, May 26, was also not met.

The Tahoe Regional Planning Agency (TRPA) held a construction schedule agreement with the developer, this past spring stipulating that construction must resume, as well as installation of vegetation control and temporary erosion control measures.

Additional benchmarks such as all grading in the northwest area and removal of construction debris must be completed by September 1 of this year, according to the schedule.

“In order for the permit to remain active and valid, the developer must demonstrate diligent pursuit of project completion,” says Tom Lotshaw, TRPA spokesman. The schedule runs through 2018 and contains various benchmarks. The TRPA does have a security deposit if the project is abandoned by the developer due to a shortage of funds.

The TRPA has not heard of any plans by Criswell Radovan to withdraw from the project, Lotshaw says. TRPA officials recently inspected the perimeter of the site and found no issues with the winterization of the project.

“There are no issues with the site,” Lotshaw says.

Similarly, Washoe County Code inspectors say the project was in compliance despite the appearance of exposed steel beams and concrete on the ground floor.

“We have become aware that the work has slowed and the owner may be refinancing,” Washoe County spokesman Chris Ciarlo wrote in a statement emailed to Tahoe Quarterly. “The inspectors have addressed all potential code violations with the contractor and the progress was steady until recently. If the project is to be closed, we will schedule a meeting with the owner/contractor to shut down the inspections.”

The casino is steeped in the lore of Lake Tahoe’s gilded yesteryear, opening its doors in 1929. Clara Bow, the lustrous personification of the Roaring Twenties, put the resort on the map when she cancelled checks to the casino worth $13,000, claiming she thought the $100 blackjack chips she was using at the tables were actually worth 50 cents.

The glory of the Cal Neva only grew as Joe Kennedy and his son and future president John F. Kennedy repaired to the resort from Massachusetts to spend summer vacations perched at the shore of The Lake.

Frank Sinatra, the celebrity most often associated with the casino, purchased Cal Neva in 1960, and used the environs as a personal playground for the famed Rat Pack. However, Sinatra’s penchant for rubbing elbows with prominent mobsters caught up with him; the Nevada Gaming Control Board stripped him of his gambling license after the FBI got wind that Chicago Mafioso Sam Giancana was a frequent guest at the casino despite bans.

The recent history of the resort pales in comparison to its luminous past, as Chuck Bluth owned the hotel for much of the 1980s and ’90s as gaming as a main attractor began to wane, particularly after the advent of Native American casinos in California.

Bluth sold the hotel to Ezri Namvar in 2005. Namvar, often referred to as the “Bernie Madoff of Beverly Hills,” is currently serving the back leg of a seven-year stint in federal prison after he was found guilty in 2011 of ripping off four clients to the tune of $21 million.

By the time Criswell Radovan bought the property in 2013, revenue from gaming was nearly half of what it was 15 years earlier.

Robert Radovan, co-owner of the Cal Neva and a principal at Criswell Radovan, told Tahoe Quarterly last year that his company was aware of the need to pivot away from gaming as the centerpiece to the Tahoe vacation experience; he wanted the hotel to become a launch pad to more outdoor recreation-oriented experiences.

“We want to change to a lifestyle destination,” Radovan said at the time. “You can’t have a successful casino without having a successful resort.”

Presently, it appears the short-term prospects of that change are in grave danger. For those invested in the painful renaissance of Lake Tahoe as it attempts to simultaneously honor and move away from its gaming-centric past, the news is unwelcome.

“This project is a good project,” says Lotshaw. “It has already upgraded the environmental measures at the property in terms of stormwater and it represents the overhaul of a major iconic Tahoe property. Significant progress has been made, and we hope the project can continue and be completed as soon as possible.”