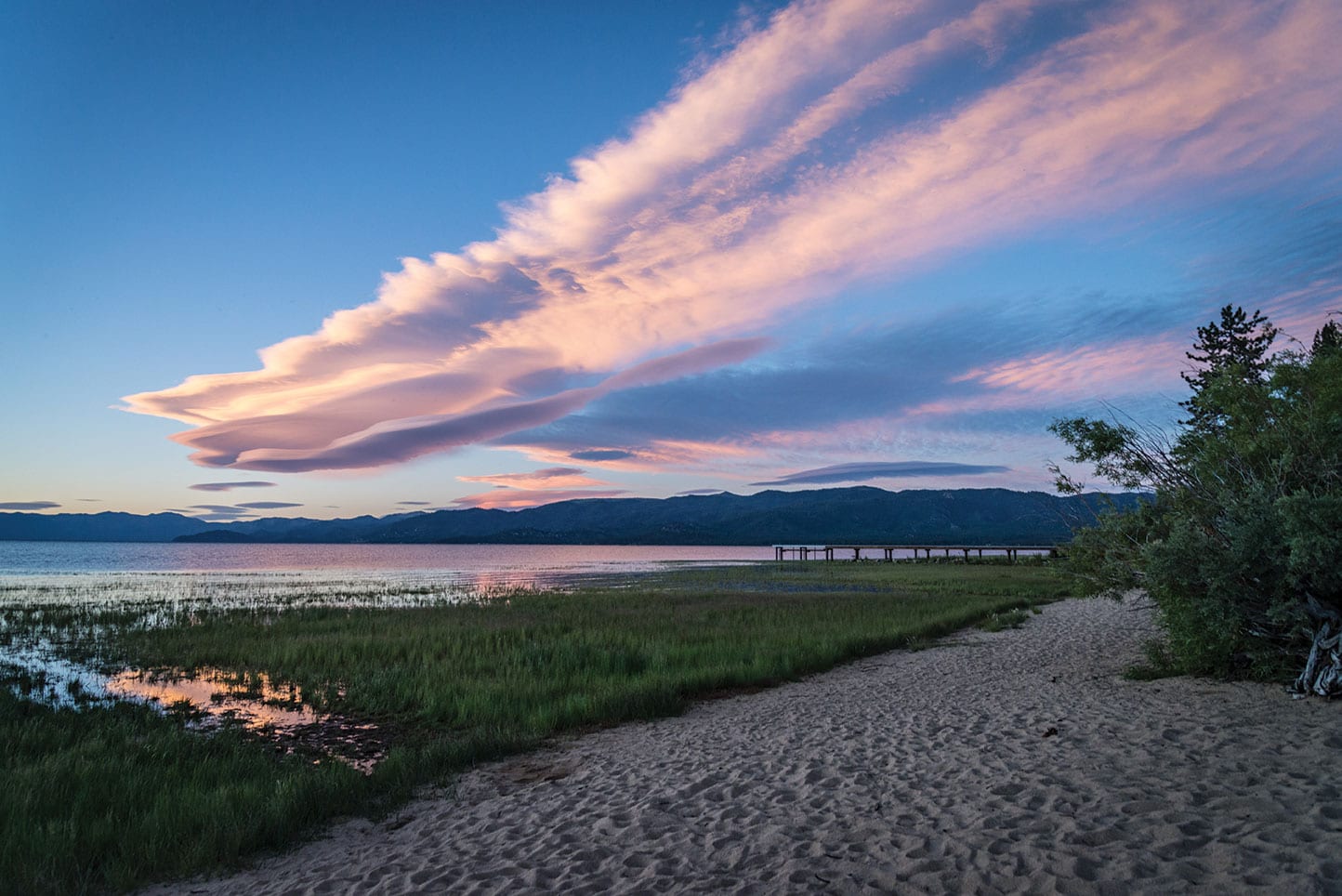 Seeking to reverse the effects of decades worth of environmental degradation, the California Tahoe Conservancy plans to restore some 525 acres of the South Shore’s Upper Truckee River Marsh, the Tahoe Basin’s largest wetland area and of key importance to Tahoe’s ecological balance.

“From a sheer scale standpoint, it’s unprecedented,” Scott Carroll, watershed and stream environment zone analyst for the conservancy, says of the project.

The importance of the project, which is expected to cost approximately $10 million, is difficult to exaggerate, agrees Chris Mertens, associate environmental planner for the conservancy. “There are no other opportunities of this magnitude at Tahoe,” he says. “Doing this work is incredibly significant.”

As it originally existed, the 1,600-acre Upper Truckee River Marsh acted as nature’s filter for both the Upper Truckee River and the nearby Trout Creek, which together make up at least one-third of the streamflow into Lake Tahoe. Slow-moving water flowed in circuitous paths through the marsh, with nutrient-rich sediment settling and nourishing prodigious plant growth. It was a thriving system and home to a wide variety of fish and wildlife, including bald eagles, ospreys and the willow flycatcher.

Things began to change, and in a big way, in the late 1950s. Developers severed hundreds of acres from the marsh, dredging and filling a sensitive landscape to establish the canal system and dense residential community of the Tahoe Keys. At one point, development proposals for portions of the adjoining marshland went so far as to include a 14-floor hotel, a golf course and up to 1,000 condos or townhouses.

The lowest reaches of the Upper Truckee River were cut into a straight-shot canal, with waters directed away from the center of the marsh. For decades now, the river has poured dirt into Lake Tahoe, serving as the single largest source of the fine sediment that has steadily robbed The Lake of its famed clarity.

“Losing that filtering function was a pretty significant deal,” says Carroll. “From the context of The Lake, there was a pretty obvious impact.” 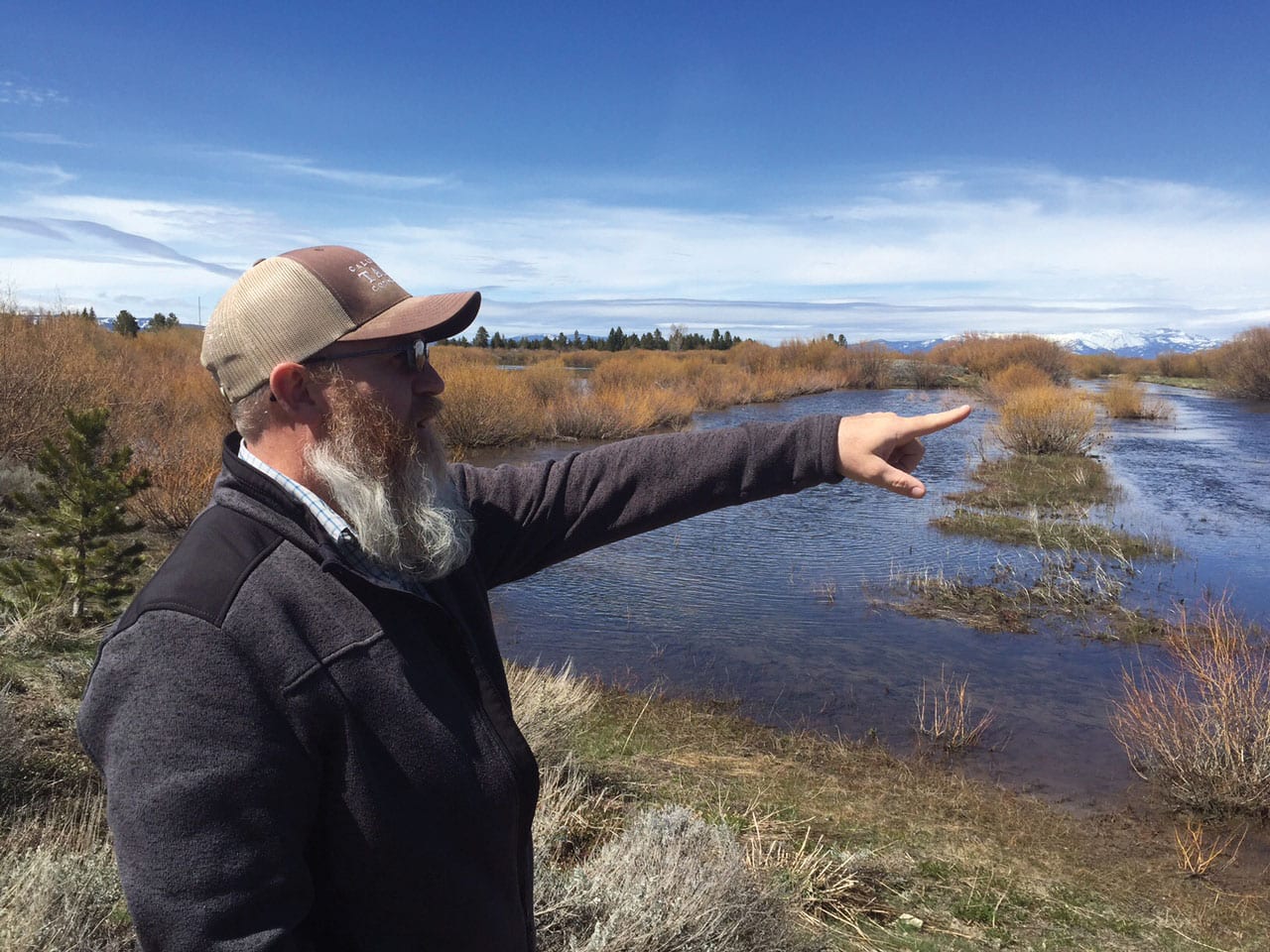 Construction of the Tahoe Keys—along with Lake Tahoe Airport, also located beside the Upper Truckee River—was indeed a change of lasting harm to Lake Tahoe, says Jesse Patterson, deputy director of the environmental group the League to Save Lake Tahoe.

“In general, the development was devastating. We essentially paved over half the marsh,” Patterson says. “It was at a time when we didn’t know better.”

The area was the focus of legal confrontation as well. First, developers sued the Tahoe Regional Planning Agency (TRPA) in the late 1970s and early 1980s, alleging in part that agency regulations robbed them of rightful authority to use their land. Those suits were settled and scaled-back development plans agreed upon, leading to another lawsuit filed against developers and TRPA by the California Attorney General and environmental groups, who argued even those amended plans would significantly harm the environment.

By the late ’80s, the discussions turned toward settling the remaining active litigation and buying out affected landowners to preserve the remaining marsh as open space. In January 1988, the conservancy agreed to spend $4.3 million to acquire about 180 acres of marshland and settle the last outstanding lawsuit.

Since then, the conservancy has spent some $14 million to purchase several parcels in the area totaling more than 500 acres. A 12-acre restoration project on the western edge of the marsh was completed by the conservancy in 2001, setting the stage for larger efforts in the future.

The current Upper Truckee River Marsh project is the most extensive restoration project for that area to date. Essentially, it seeks to reverse—at least to the maximum extent possible—those sweeping changes made by developers 60 years ago. The conservancy plans to again alter the river channel; in lieu of that straight-shot course directly into Tahoe, when work is completed the river will once more empty into the center of the marsh. It will then flow slowly toward The Lake, likely meandering along several different courses of healthy wetlands at once.

“Instead of going down that shotgun canal, it will be able to spread over the expanse of the marsh,” Carroll says. “We’ll let the river find its own way to The Lake.”

The restored marsh, in addition to providing much improved fish and wildlife habitat, will return that filtering function to the landscape and greatly reduce the amount of sediment pollution flowing from the Upper Truckee River into Lake Tahoe.

Benefits to the environment will be significant, supporters agree.

“This is an important opportunity to restore that portion of the marsh and reconnect the river to its floodplain,” says Robert Larsen, senior environmental scientist for California’s Lahontan Regional Water Quality Control Board. “This is the largest tributary to The Lake and these systems are critical.” 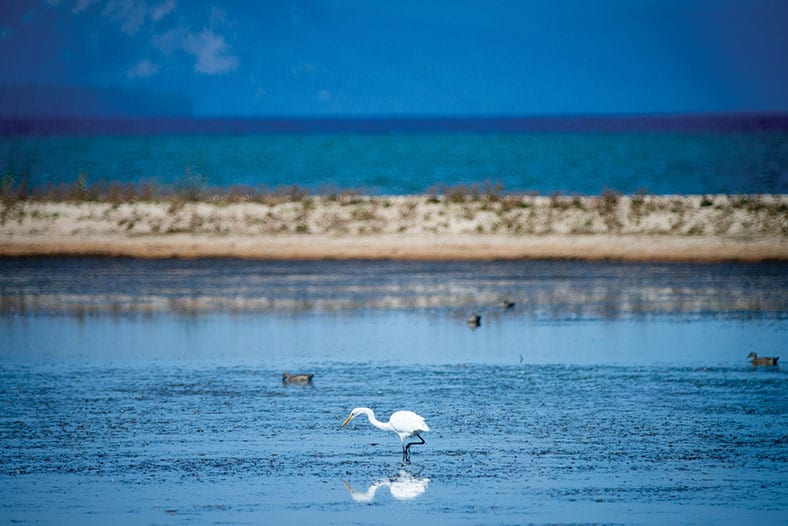 The marsh provides important habitat for egrets, ducks and other wildlife. Plans to restore the marsh should improve wildlife habitat in the area

“I think it’s going to be a challenging project to implement and avoid water quality impacts,” Larsen says. “But it’s been done and it can be done. We’ll just have to move forward cautiously.”

An environmental impact report for the current plan was certified in December 2015, and though the necessary funding has yet to be secured, Carroll and others are confident the overall goal is important enough and enjoys sufficient support to obtain the needed money. As of now, the project is expected to start construction in 2019 or 2020 and take three or four years to complete.

The marsh restoration will accompany five other restoration projects planned or already completed along the lower 9 miles of the Upper Truckee River. Landowners, including the California Tahoe Conservancy, California State Parks, the U.S. Forest Service and the City of South Lake Tahoe, hope to restore more than 1,000 acres of sensitive land along the river.

While it’s impossible to ever completely reverse the environmental damage done to the marsh system and the resulting impacts to Lake Tahoe, planned restoration efforts could bring a “huge improvement” to the area, Patterson says.

“Essentially, it won’t be able to undo all the mistakes of the past, but it will be a giant step in the right direction,” Patterson says. “I think it really has the potential to deliver.”