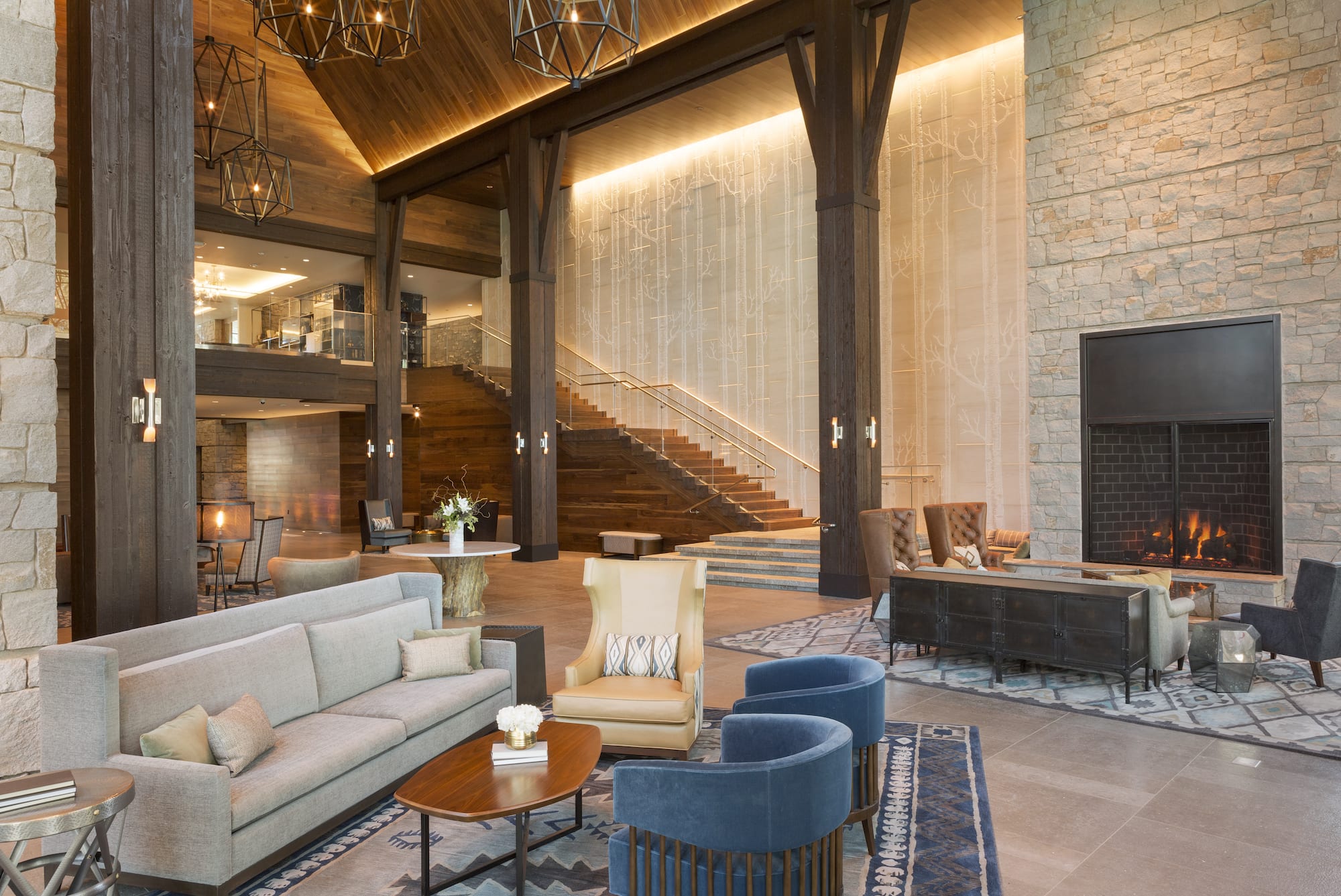 The banging of hammers and the deep, low hum of heavy machinery are echoing over the South Shore. Three major development and redevelopment projects are underway with more slated to begin construction in the coming months.

“All the stars aligned at the right time,” says longtime city council member Tom Davis. “You know Tahoe. It can take forever to get permitting and all the mitigation. But there does seem to be a lot more happening.”

The developments are a touchstone of what Davis is calling South Lake Tahoe’s “renaissance.” Beyond the excitement, the new construction is adding lodging, homes, stores and jobs to the area. Much of the building is intended to improve environmental infrastructure through public-private partnerships.

The new 154-room Lodge at Edgewood Tahoe opens in July after almost two years of construction. The ornate LEED-certified structure was built on one of the golf course’s fairways, set back from The Lake about 100 yards. 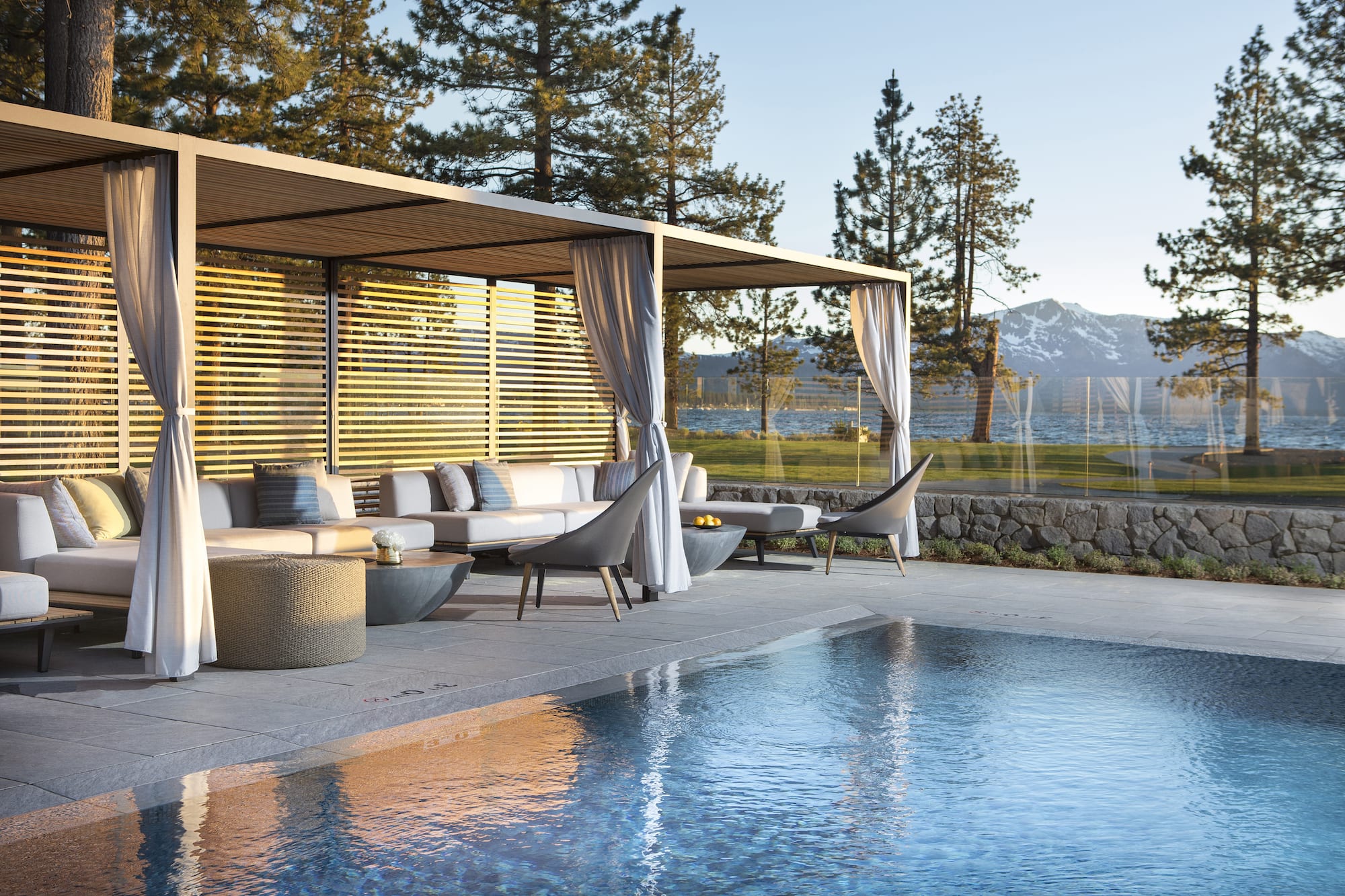 In addition to the new lodge, all the progress on the South Shore is encouraging, says Edgewood’s marketing director, Bryan Davis.

“We’re kind of right in the middle of it,” he says. “The casinos have put together a pretty strong investment program over the last couple of years. That’s exciting. And then you have the full-ownership properties. It’s a nice different product mix across the board.”

Part of Edgewood’s $100 million project was improving nearby watersheds to filter runoff that flows into the lake. Planners estimate that recovery of Edgewood Creek and its 4,000-acre watershed will stop more than 250 tons of sediment from entering The Lake. The building also reduced the amount of fertilized grass, restored nearly a quarter-mile of fish-spawning habitat and created 4 acres of new wetland habitat.

The Lodge at Edgewood Tahoe is a good example of a public-private partnership that can benefit both the economy and the environment, says Tom Lotshaw, spokesman for the Tahoe Regional Planning Agency (TRPA).

“From major environmental restoration projects to redevelopment projects in our town centers, there are a lot of exciting things happening at Lake Tahoe,” Lotshaw says. “We see private investors as a critical partner in work to conserve and restore Lake Tahoe’s environment and revitalize its communities.”

The League to Save Lake Tahoe has also been supportive of much of the redevelopment. The environmental advocacy organization is happy to see projects focused on town centers, rather than expanding into still-wild areas. Though she’d like more transportation connectivity built into the plans, League executive director Darcie Goodman Collins believes the projects are in line with the goals of TRPA’s regional plan update, which the League supported. 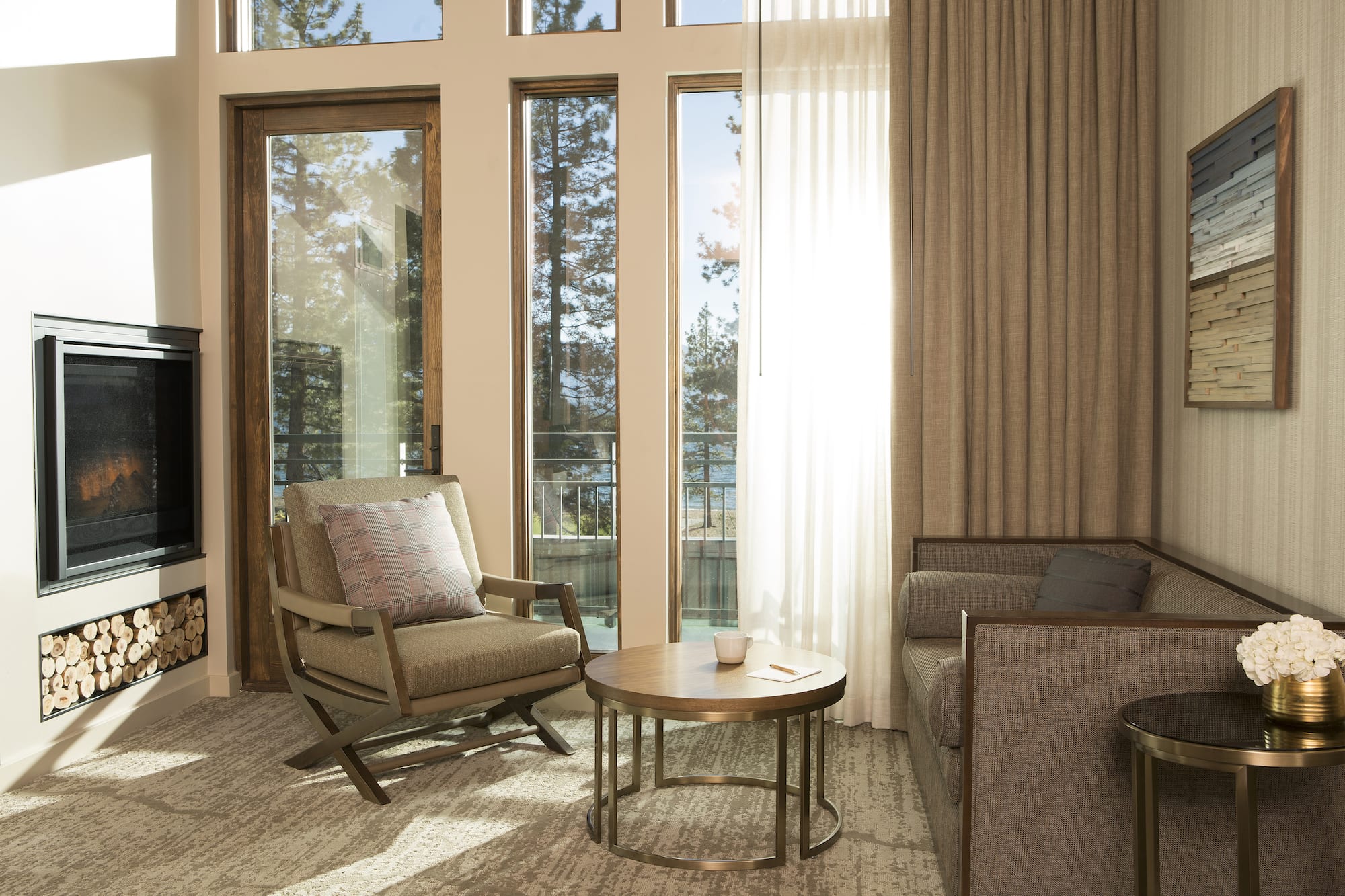 “A lot of those projects, especially Edgewood’s lodge, are good examples of what the regional plan is trying to accomplish,” says Goodman Collins.

In addition to Edgewood’s lodge, several other large projects and dozens of small remodels, new businesses and additions are in the works. In 2016, the Lake Tahoe Visitors Authority valued the total amount of revitalization on the South Shore at $500 million.

The Tahoe Beach Club is under construction with foundations in as of June. The 143-residence project is being built on the Nevada side on land formerly occupied by the Tahoe Shore Mobile Home Park, which Tahoe Beach Club purchased for $12.6 million in February 2002. The condominiums and associated facilities are spread over 12 buildings. The redevelopment is expected to vastly improve the sensitive meadow area. The other projects have been encouraging for Bob Mecay, president of KBM Enterprises, the developer of Tahoe Beach Club.

One of the most prominent projects on the South Shore is the Zalanta condo and retail building on U.S. Highway 50. The 30-unit structure has covered up part of the infamous convention center hole. Sales of the residences opened in May and some of the retail space is already leased.

After the rest of the unfinished 42-acre convention center land sold earlier this year, there have been whispers of more construction in the downtown area, though no new plans have been formally announced.

Sierra Colina, another large residential development in the Stateline area, broke ground in June. The 44-unit single-home community was originally given TRPA permits in 2009, but a League to Save Lake Tahoe lawsuit stalled the project until the number of units was decreased. Construction is not expected to be finished until 2019.

Outside of the Stateline core, a lot of small businesses are popping with fresh new remodels on some of South Lake Tahoe’s old spaces. The shopping center at the “Y” was completely renovated and now goes by the name “The Crossing at Tahoe Valley.”

New businesses there include Lake Tahoe AleWorX, OMNI Yoga and Dance Studio, Elevate Wellness and Verde Mexican Rotisserie. South Lake Brewing Company refinished an old hardware store into a state-of-the-art facility and tasting room and hosted a grand opening over Memorial Day weekend. Construction is underway on a new sports bar in the Al Tahoe area, near Lakeview Commons. And the city announced in May that Whole Foods would bring a store to the Ski Run area, replacing an old motel and hopefully revitalizing an area that frequently floods with spring runoff.