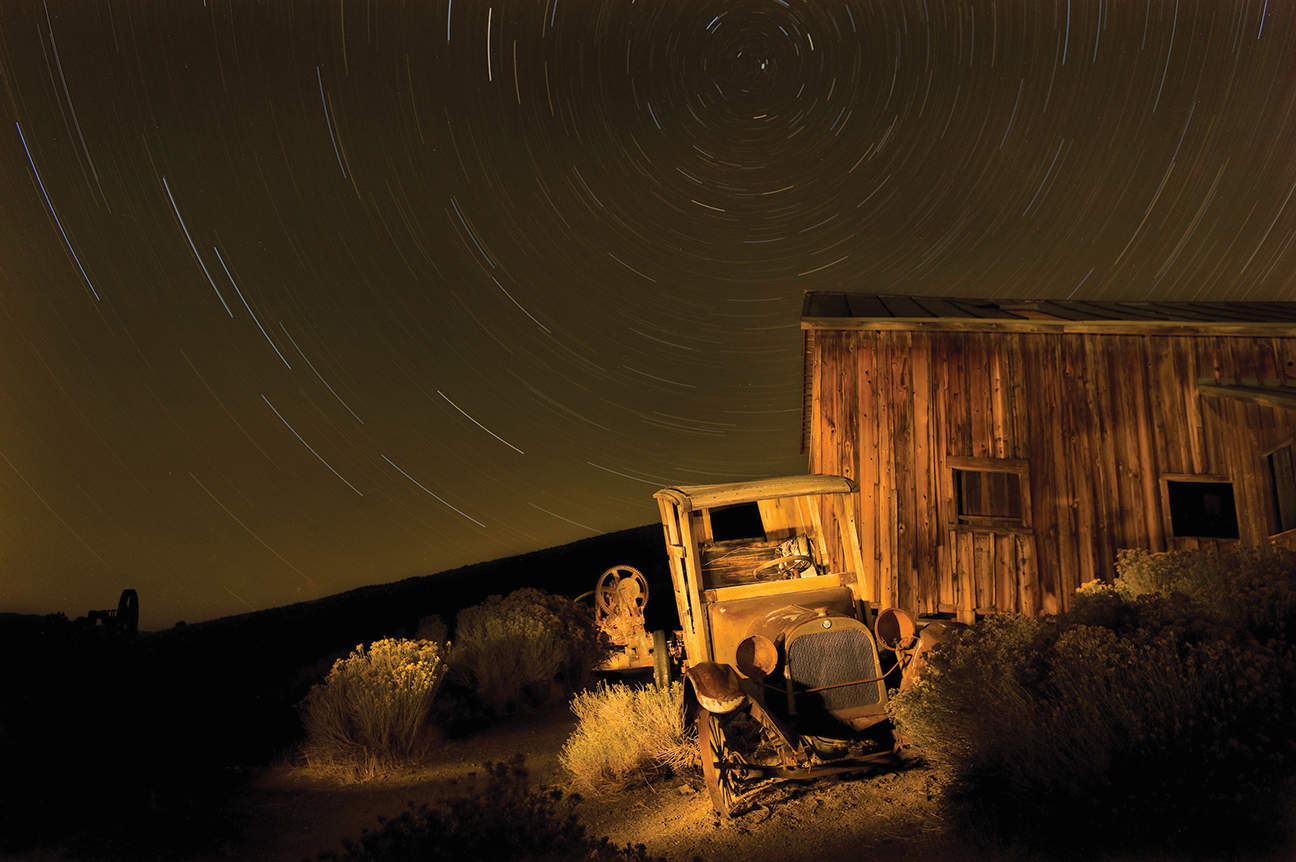 25 Jun Finding Solitude in the Desert 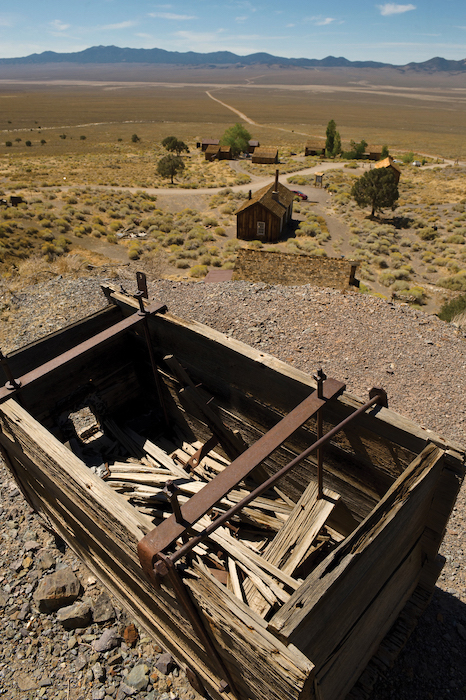 A lonely road across the vast landscape of central Nevada leads to the desolate Berlin-Ichthyosaur State Park, photo by Scott Sady

Sometimes it’s not about the destinations we visit so much as the in-between places along the way—even when those places are in the middle of nowhere.

This past Labor Day after a busy Tahoe summer, we loaded up the truck and headed east on the “Loneliest Road in America.” We planned to visit Great Basin National Park and Berlin-Ichthyosaur State Park, but what we were really doing was searching for that peaceful place where the only sound to be heard is the wind rustling through the sagebrush.

From Civilization to Solitude

While Highway 50 across Nevada is indeed a lonely stretch, it doesn’t start out that way. It’s a freeway in Carson City and then becomes a busy four-lane road through scattered development all the way east to Fallon.

From there, however, the terrain changes to wide expanses of beautiful nothingness—a landscape full of the natural beauty that defines Nevada, with seemingly endless craggy mountain ranges and enormous basins lined up in north-south configurations all the way across the state.

Shortly after the traffic thins out, we pulled into Middlegate, a classic Old West restaurant, bar and store that is well worth a stop. Stepping inside, it was quickly apparent that we had escaped the overly civilized world and started the process of assimilating into truly rural Nevada.

Middlegate is also the turnoff to Berlin-Ichthyosaur State Park, which is accessed via an even lonelier road that turns to dirt just before petering out at the park. 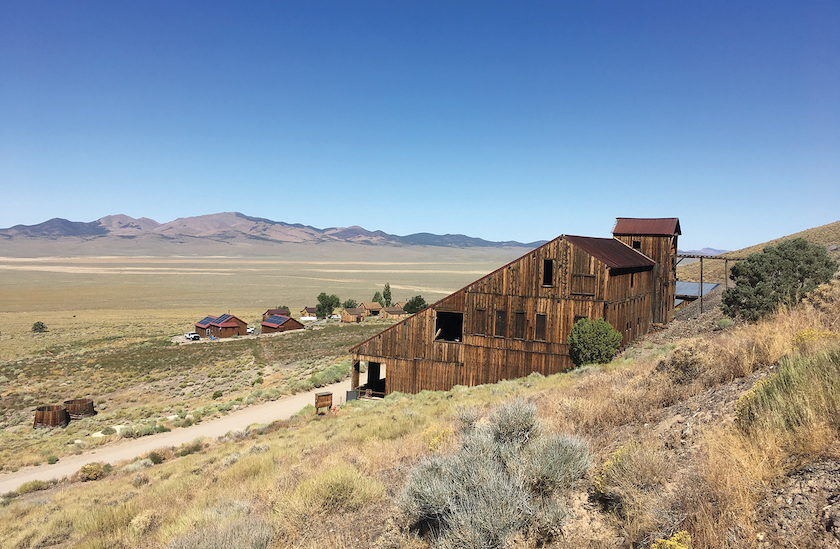 An old mill in the ghost town of Berlin offers a glimpse into the past, photo by Tim Hauserman

This remote state park has two known attractions and a secret third attraction. 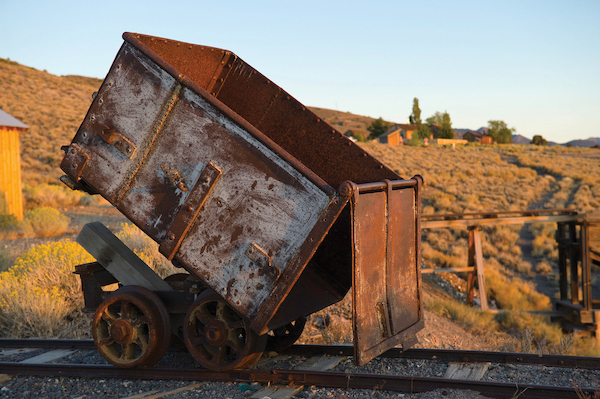 An ore cart from the Diana mine at Berlin-Ichthyosaur State Park, photo by Scott Sady

The first is the ichthyosaur, an ancient marine reptile that was as big as a whale. The fossilized remains of dozens of these giant creatures were found here, and a small museum and display gives the scoop on these bizarre reptiles.

The second highlight is the Berlin ghost town. Set on the edge of an enormous empty valley, the site includes a number of intact buildings and even a rusty 100-year-old truck. Visitors can wander through the remains and imagine the short heyday as a mining boomtown. While Nevada is full of mining ghost towns, this one has enough buildings still standing to really get the gist of what life was like there, and its truly remote location enables visitors to fully understand the isolation residents must have felt.

The third secret attraction? The stars. A small, quiet campground sits in the park among the pinyon pines, and once the sun goes down, the stars come out in blazing glory. From our campsite, we could look out over a hundred miles and not see any human-created light. It was one of the best star-gazing spots I’ve ever come upon. 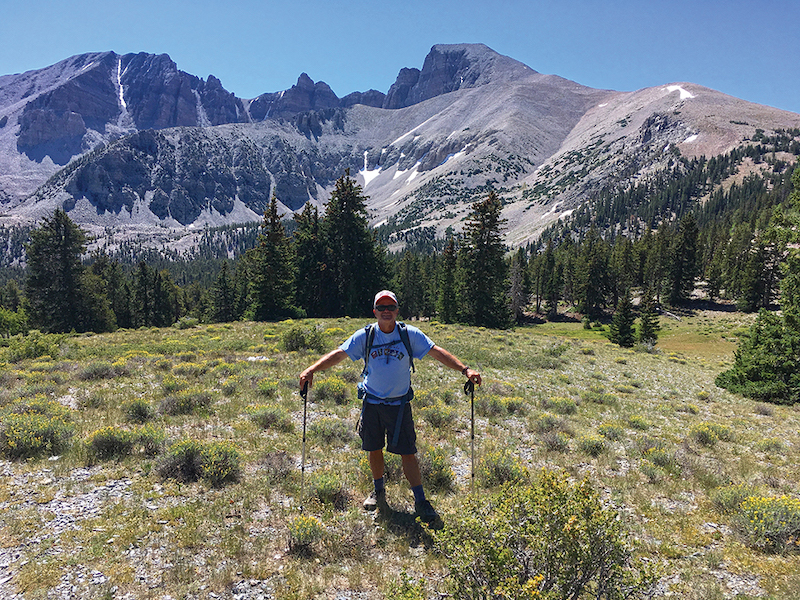 The author enjoys solitude at the foot of 13,064-foot Wheeler Peak, photo by Joyce Chambers

To Ely and Beyond

The next day we reluctantly departed the blissful quiet and headed back to Highway 50, driving east toward Great Basin National Park.

The thing about the Great Basin is that campsites are taken on a first-come, first-serve basis, which means you have to get there early. That’s a challenge for us Tahoe folks who have to travel all the way across the state. The solution is to spend the night before entering the park in Ely (pronounce it as “ee-lee,” or suffer a local’s eye roll), which is just a bit over an hour from the park’s entrance—although, if you discover your traveling companion forgot her phone charger in the hotel 20 minutes out of Ely, add an extra hour.

Great Basin National Park is a mini mountain range near the Nevada–Utah border. At its center is 13,064-foot Wheeler Peak, the second-highest peak in the state (only Boundary Peak in the White Mountains is higher).

Wheeler Peak and its connecting ridges present a substantial hunk of rock that feels similar to something you might find in the Eastern Sierra. But the mountain range is a relatively small island surrounded by a vast desert. This creates a unique ecosystem and a haven for wildlife, including deer, rabbits and wild turkeys that are frequent visitors to the campgrounds.

The park is not huge, ranking 43rd in size out of the country’s 62 national parks, at just over 77,000 acres. Visitors could get the gist of the experience in a day or two, but we were glad we spent four nights in the park. 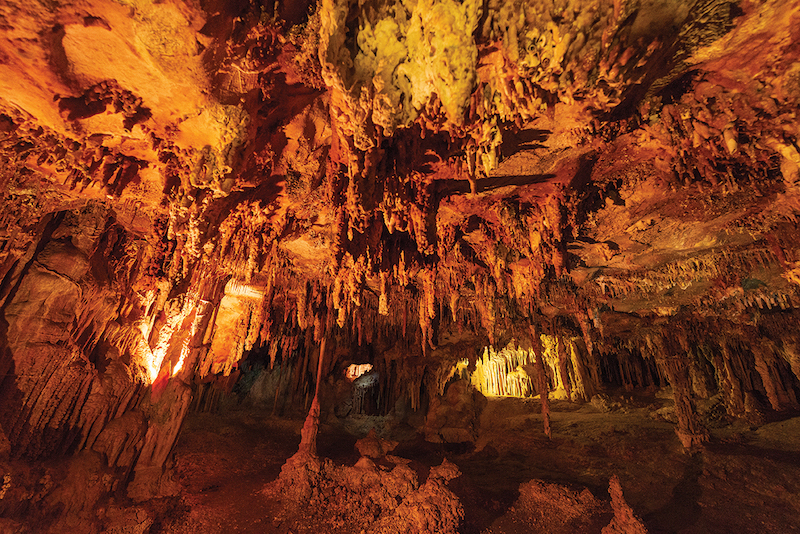 Lehman Caves are among the attractions of Great Basin National Park, photo by Scott Sady

We thoroughly enjoyed three very different hikes within Great Basin National Park. But the highlight of the trip was the surprising beauty we experienced while touring the Lehman Caves, a series of underground caverns that seem to go on forever. 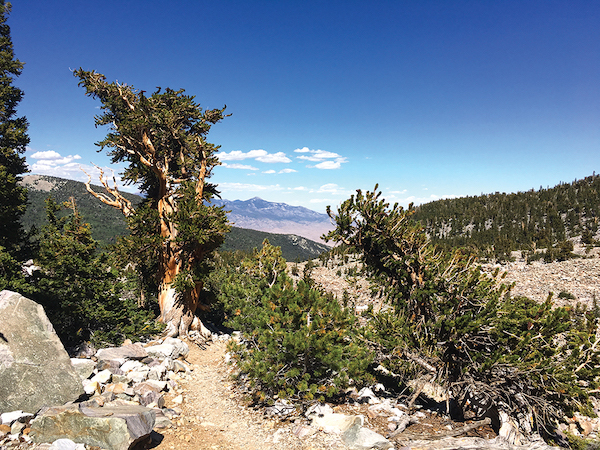 Over a dozen large rooms are filled with colorful formations of gothic stalactites and stalagmites that took millions of years to form. There is also, unfortunately, 100-year-old graffiti on the ceilings in several places, as well as evidence that many pieces of these ancient natural phenomena were broken off and removed as souvenirs about the same time the graffiti was created. The cylinder-shaped formations take 100 years to grow an inch, and some of the ones our guide pointed out have grown back roughly that much since they were damaged.

Our hikes included a grueling ascent out of Bear Creek to a lovely alpine meadow at the base of Wheeler Peak. Despite the approaching holiday weekend, we saw only a few hikers along the way. We did, however, cross paths with one of the biggest bucks I’ve ever seen.

The next day we took a jaunt past the ancient bristlecone pines to the base of Nevada’s last remaining glacier, where we could see climbers at the top of Wheeler Peak high above. This was a busy trail, but we were filled with awe at the endurance of the several-thousand-year-old bristlecones and the majesty of the dying glacier.

On our final day, we hiked partway up Wheeler Peak, then washed our dusty bodies via some short-lived dips in the frigid waters of Teresa and Stella lakes. Now fully into the Labor Day weekend, the park was much more crowded than just two days earlier, but still the crowds paled in comparison to the hordes we would have found at more popular parks such as Yosemite or Yellowstone—or at Tahoe, for that matter. 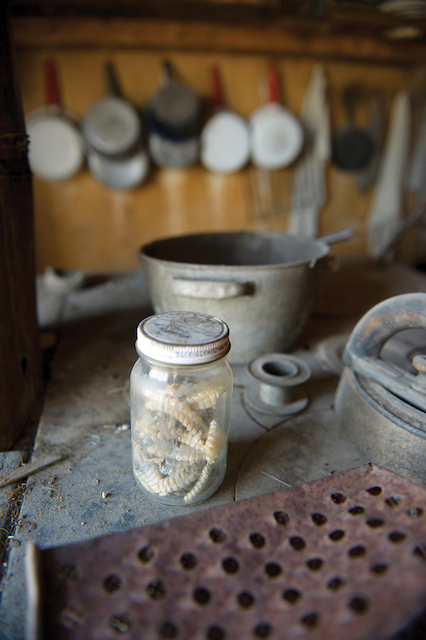 A jar of rattlesnake tails is among the many relics in an abandoned house in Berlin, photo by Scott Sady

We did the things that you should do in Great Basin and Berlin-Icky, but they are not really what made this trip so memorable.

It was the calm and peace we felt driving through hundreds of miles of natural splendor. It was the times we stopped to change drivers or take a leak in the middle of that nothingness and discovered that we couldn’t hear a sound. It was a powerful quiet that melted away the bondage of civilization that usually surrounds us.

The funky little towns of Nevada also piqued our interest. Like the tiny burg of Baker, which sits just outside the Great Basin entrance. There, the country store/restaurant/bar was all operated by the same person. She rang up our purchases in the store, then took our order in the restaurant, and still had time to shoot the bull with a regular in the bar.

In the end, it was that feeling of driving for hours straight across one basin only to climb up and over the next range, time after time, that provided us not only a pleasant feeling of solitude, but the satisfaction that there are still places that are not occupied or set aside to be gawked at by tourists—places that have remained the same for thousands of years.

Tim Hauserman is a freelance writer based in Tahoe City. This spring, while spending lots of time staying at home, he had dreams of jumping in the truck and heading east to find the middle of nowhere.

• Go in the offseason for maximum solitude.

• Check the status of campgrounds. The Wheeler Campground in Great Basin National Park, for example, is currently closed for renovation.

• Plan gas stops accordingly, as there are long distances between stations.

• Bring a good camera and lens—and knowledge of how to photograph the brilliant night sky.