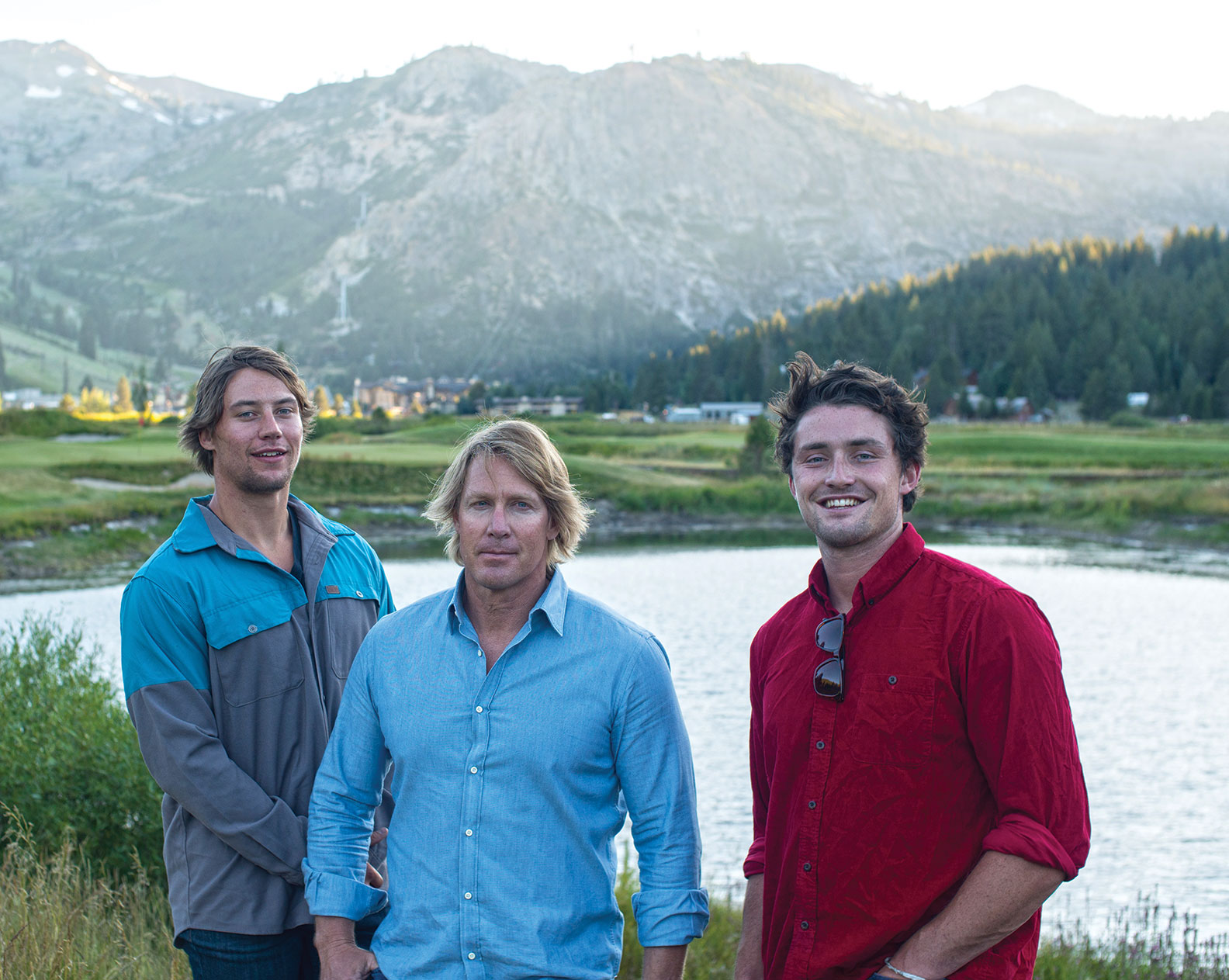 When most people think of Antarctica, they think of a pristine, untouched landscape of snow and ice. But those who have passed through King George Island know a starkly different reality exists—a landscape littered with rusting vehicles, deteriorating fuel tanks and heaps of scrap metal.

Former Truckee High football standout Stein Retzlaff, his friend Erich Roepke and polar veteran Doug Stoup of Squaw Valley are planning to launch an ambitious recycling and restoration project to solve the issue. The effort goes under the banner of “Team Intrepid.”

They plan to raise awareness of the Antarctic waste problem by skiing from the Antarctic coast to the South Pole in record time in 2017, using video and social media to engage a worldwide audience about their restoration project.

With the backing of organizations like Global Green USA, the U.S. arm of the Green Cross, they then plan to tow a barge to the South Shetland Islands of northern Antarctica and haul off tons of garbage and scrap metal.

From there, the trio says it will continue its restoration mission around the globe, raising awareness and launching restoration initiatives in the Amazon rainforest, the Greenland ice cap and across the African continent.

“I see a future for Intrepid doing great stuff on the Antarctic Peninsula,” says Stoup, who has led dozens of expeditions to the North and South Poles with his expedition company, Ice Axe Expeditions. “We are going to make a difference on this planet.”

The trio has already received the backing of Mikhail Gorbachev, former Soviet leader and Green Cross founder, in support of the effort. Their team is currently looking for an additional series of sponsorships to support the Antarctic expedition.

From Recycling to Restoration

Retzlaff and Roepke met as scholarship football players at Lewis & Clark College in Portland, Oregon. But they really bonded in the entrepreneurship program during long hours hatching business plans.

The two 22-year-olds have the relentless energy of serial entrepreneurs. During college they bought muscle cars and tried to sell them in Dubai, launched a fitness business that quickly ended when participants left in tears during the first workout because of its severity, and began building an online platform that simplified financial aid. Roepke even spent a summer as a falconer, in charge of a large predatory bird that scared away starlings from blueberry fields in rural Oregon.

They soon happened upon an unexpected business opportunity. During a Google Earth scan of farm fields in Oregon, the duo realized that thousands of farms had transformed from square grid–like shapes to circular formations. What they detected was a complete transformation of the farms’ irrigation systems from aluminum pipe to a center-pivot system that used steel piping.

“It just hit me over the head,” says Roepke. “I am looking online and I am seeing all these stockpiles of aluminum all over the state.”

“We pinned 200 farms in one afternoon on Google Earth,” says Roepke. After some phone number searches, they had dozens of customers.

Soon they were spending their weekends in rural Oregon towns, negotiating scrap metal pricing, cutting and compressing aluminum pipe, and then hauling it to Port of Portland to sell off.

When they met Stoup on the slopes of Whistler during a ski trip, all the elements of what would become Team Intrepid started falling into place. Stoup’s authoritative knowledge of Antarctic logistics from years running Ice Axe Expeditions, and Retzlaff and Roepke’s recycling know-how and love for expedition-level physical challenges coalesced to form the basis for their restoration initiative.

As Team Intrepid treks across Antarctica to the South Pole—skiing 437 miles while pulling 225-pound sleds in a self-supported, 14-day trip from coast to pole—they are already planning to have a live worldwide audience.

They won’t be followed by a camera crew. Instead, they intend to harness the power of livestream social media apps to connect with thousands of supporters and interested viewers.

Stoup has been at the forefront of live expedition video for years. Through his Ice Axe Foundation, he has beamed into dozens of classrooms, enthralling tens of thousands of students with live footage of Antarctica and the Amazon.

But Retzlaff and Roepke bring a millennial flair to the team’s social media efforts.

While students at Lewis & Clark College, they created wildly popular videos like No Hills, No Problem, a video about skiing flat roads while being pulled by a camper truck.

They plan to push the limits of Snapchat and live video in Antarctica and across the globe to gain public support for their projects and raise awareness about Antarctic waste.

The trio hopes to gain and retain an enormous social media audience that they can reach regularly and leverage to gain sponsorship support.

With the support of Global Green USA and the backing of a legendary Antarctic expedition leader, Team Intrepid is hoping to remove hundreds of tons of waste from one of the most pristine environments on the planet, and spark a global dialogue about humans’ impact on the planet and how to restore polluted areas.

“What we’re trying to do is use social media and live events to bring global awareness to this issue,” Retzlaff says, “because it has been out of sight, out of mind for years.”