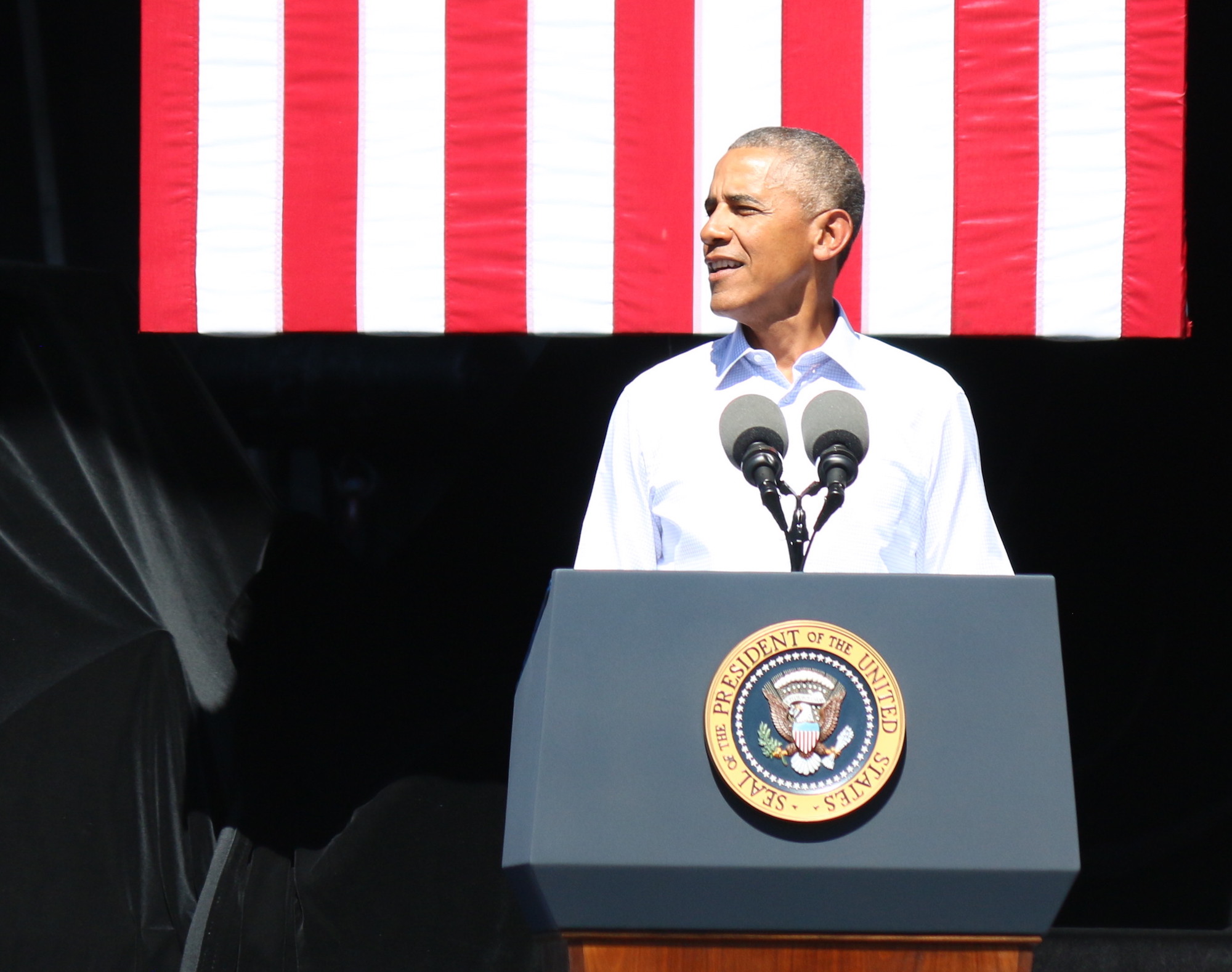 “I have never been here before,” the keynote speaker says to an eager audience braving the relentless sun of a seasonably hot afternoon in South Lake Tahoe. “It’s not like I didn’t want to come. Nobody invited me.”

The audience laughs in unison.

The keynote speaker is the president of the United States, Barack Obama, and the event is the 20th annual Lake Tahoe Summit, where Obama deploys his characteristic style of deadpan oration to disarm his audience.

“Now that I finally got here, I’m going to have to come back,” he says during his 20-minute speech on August 31. “Not just because it’s beautiful. But this place is spectacular because it’s one of the highest, deepest, oldest and purest lakes in the world.”

Obama’s first visit to Lake Tahoe was significant beyond the fact that a sitting president chose Tahoe as the setting to make a major environmental speech with an eye toward solidifying his environmental legacy. It also marked the 20th anniversary of the inaugural summit, where the keynote speaker was then-President Bill Clinton.

Clinton’s 1997 visit was a call to arms. At the time, Tahoe’s famed clarity had clouded; The Lake hovered on the brink of irreversible damage. The president and the other senators, representatives and dignitaries on hand demanded investment into environmental restoration projects that would halt and perhaps reverse the negative trend.

U.S. Senator Harry Reid, who was the driving force behind the 1997 summit and the person responsible for bringing Obama to Lake Tahoe nearly 20 years later, marked the difference by saying this year’s event was a celebration, an homage to the many accomplishments that first convocation helped spur.

Reid joined his colleagues, U.S. senators Dianne Feinstein and Barbara Boxer, in touting the many achievements of the environmental restoration projects implemented in Tahoe over the past two decades, citing a $2 billion infusion of federal, state and local money.

It was clear Obama’s purpose in coming to Tahoe was not to fret over The Lake’s last Secchi depth reading. Even his rhetoric was different.

While most politicians reliably trot out the “fairest picture the whole world affords” Mark Twain quote in their speeches, Obama used a quote from the Washoe tribe, who saw Lake Tahoe as their spiritual center for centuries before Twain stumbled onto Tahoe and started a forest fire.

This assertion of the inextricable correlation between not only the physical but spiritual health of people and the health of the natural ecosystem in which they live underscored the major theme of interdependence Obama unveiled in his speech.

Rather than focus on the specific problems of Lake Tahoe, past and present, and the varying degrees to which solutions have proved effective, Obama asserted that the diligent fight to keep Lake Tahoe pristine is representative of the broader fight to conserve natural places and combat climate change.

“That’s why we are here: to protect this special, pristine place. To keep these waters crystal clear, to keep the air as pure as the heavens, to keep alive Tahoe’s spirit and to keep faith with this truth: The challenges of conservation and combating climate change are connected, they are linked,” the president said.

“Conservation is more than just sticking a plaque on a sign and calling it a park. We need to embrace the conservation of diverse lands and waters because it will help us build resilience to climate change.”

This is a remarkable statement from a president of an administration that has set aside millions of acres for conservation, using executive power to declare vast swaths of land national monuments or wilderness areas. The week preceding the Summit, the Obama administration conserved land in areas that span the American territory.

In Maine, Obama set aside a few thousand hectares of land in the North Woods, while he carved out the largest marine reserve in the world by creating the Papahānaumokuākea Marine National Monument in the ocean north of his native Hawaii.

As Obama touted the extent of his administration’s conservation efforts, boasting it has dedicated more acres than any administration in history, he also repeatedly insisted that the specter of climate change means such efforts no longer suffice.

“A changing climate threatens even the best of conservation efforts,” Obama said.

“In the 20 years since President Clinton and Senator Reid started this summit, federal, state and local leaders have worked together to restore wetlands and habitats, improve roads, reduce pollution and prevent wildfires,” Obama said.

But rising temperatures imperil the progress on those fronts, as prolonged droughts make the Basin more susceptible to wildfire, and The Lake is becoming more hospitable to algae, invasive species and nutrients that impact its famed clarity.

The wetlands and streams that have been restored may not even flow if rain and snow continue to be scarce during the winter.

Even here the president’s message wasn’t strictly about Lake Tahoe, the way it was with Clinton, as much as it was about how Tahoe provides an index by which to measure an overarching global problem. Lake Tahoe is a barometer, an indicator, a canary in the coal mine, and Obama seemed to imply that those who have dedicated such vast energy to keeping Tahoe clear and blue must extend that fight to the entire planet.

“I have made it a priority of my presidency to protect the natural resources we have inherited because we shouldn’t be the last to enjoy them,” Obama said. “Just as the health of the people and the land are tied together, and the climate and conservation are tied together, we share a sacred connection with those who will follow us.”