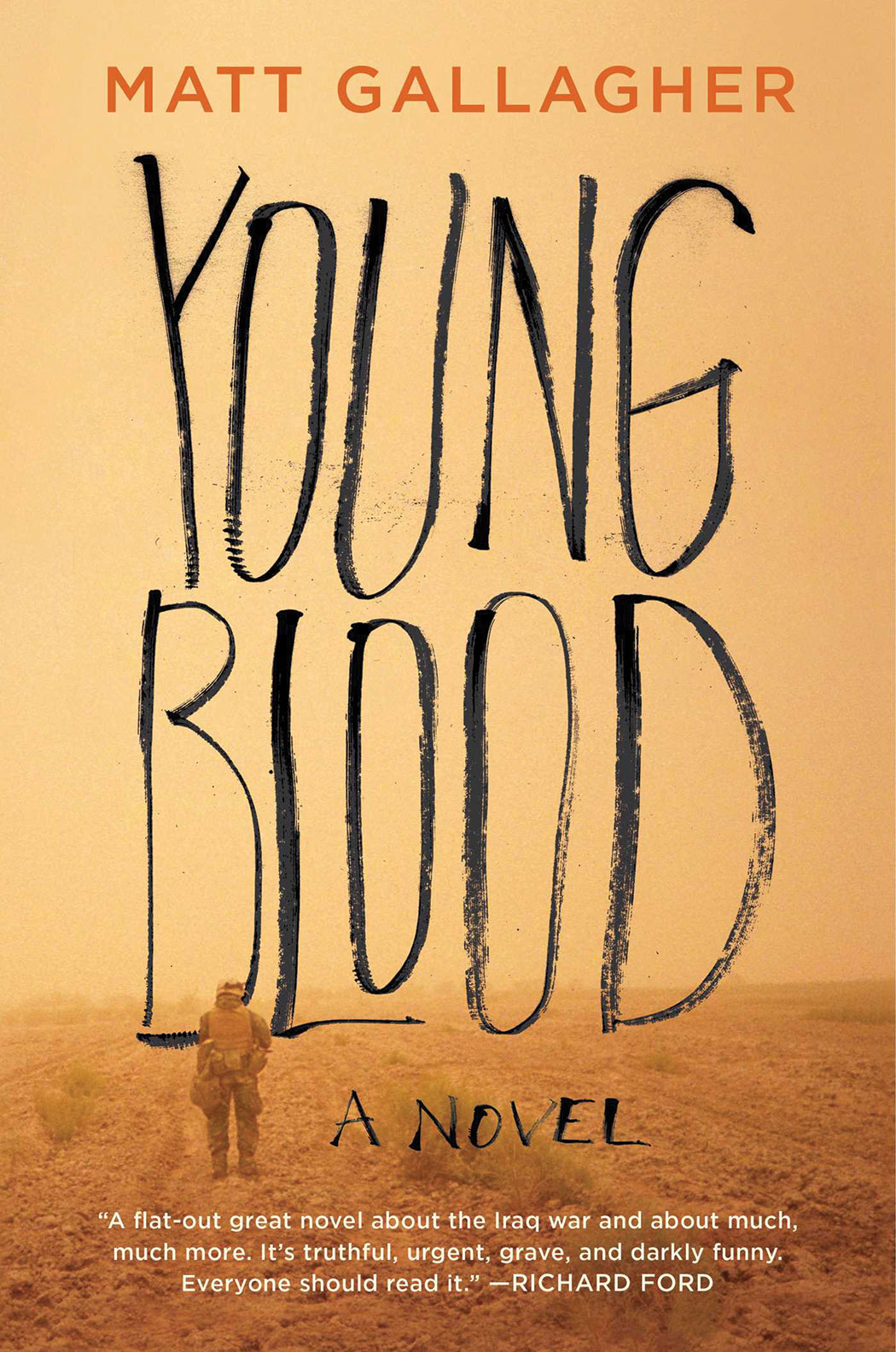 in Around Town | Tahoe Talk | Photography by Brad Jamieson

The sun-sodden shores of serene Lake Tahoe and the violence-ridden sands of rural Iraq are about as far away as worlds get on planet Earth.

But those disparate worlds collide with explosive force in a new addition to America’s pantheon of war literature—Youngblood, written by Reno native Matt Gallagher, who now lives in Brooklyn.

The novel’s protagonist, Army lieutenant Jack Porter, hails from a town near the Tahoe region. For Gallagher, it was Reno; in Porter’s case, it’s Granite Bay, California, on the outskirts of Placer County along the shore of Folsom Lake.

The action takes place away from familiar environs, in a small rural Iraqi town outside of Baghdad called Ashuriyah. Yet, Northern California haunts Porter, as his recollections of growing up in the foothills contrast with the endless sand and heat of Iraq.

One can only imagine the difficulty for American soldiers, stationed in a harsh and pitiless climate, remembering the relative serenity of home. Gallagher’s ability to bring this struggle to life makes Youngblood indispensable reading.

Prior to Youngblood, Gallagher was better known for nonfiction. He wrote a blog during his deployment to Iraq that began in 2007, out of which came a memoir published in 2010. However, the author has always been attracted to fiction.

“The kind of writing I have admired, that has allowed me to learn about the world and the human condition, tended to be novels,” Gallagher says.

When the former editor of the newspaper at Reno’s Bishop Manogue High School returned from Iraq and set out to write fiction, he says he was determined to avoid writing about war.

“At the time I was cognizant about not getting labeled a war writer,” he says.

Gallagher says he made himself a deal that he would write one short story. That story involved a soldier from Texas, liked by local Iraqis, who learns to speak Arabic and falls in love with the daughter of a powerful sheik, leading to an ill-fated romance.

“It wasn’t very good,” Gallagher admits. “It was too on the nose and some of the people who read it questioned whether it was even possible.”

So he began to play with the idea, and instead had the novel follow characters who come to Iraq several years after these events and bring their own questions and doubts. Out of this grew the 340-page novel garnering critical acclaim from the New York Times and fellow authors Claire Vaye Watkins, Richard Ford and Phil Klay.

Porter acts as a window to the past as he investigates whether the legend of the romance between the soldier and the sheik’s daughter is true. Gallagher also interweaves a detective story that focuses on whether Sergeant Daniel Chambers, an aggressive veteran who challenges Porter’s authority, may have killed numerous Iraqi civilians during a previous tour to the area.

The dynamic between Porter and Chambers is central to the novel, as Porter represents the humanitarian American soldier who strives to understand locals, trying to hustle a living in a war-ravaged quagmire. Chambers, on the other hand, is Porter’s foil. He cares little for Iraqis, instead prioritizing the safety of Americans while espousing a kill-or-be-killed attitude.

“Chambers is the inevitable result of perpetual warfare,” Gallagher says.

These two characters represent the inherent paradox of this particular war. The soldiers are trained to kill, to clear buildings, to spot enemies, to survive in hostile territory, while simultaneously serving as a diplomatic bulwark against a country plunging into raging sectarian war.

But Gallagher does not use his characters as mere proxies for political statements. They are complex, dynamic and sharply drawn, as are the Iraqi inhabitants who populate the book’s fictional town.

“It was really important to me to give the Iraqi characters the same agency and dimensionality as the American characters,” Gallagher says. “I didn’t want to portray them as just enemies or victims.”

Romance and mystery plots aside, the book is a serious reckoning with America’s invasion of Iraq. As in all its facets, this prodding novel resists easy answers.

“I wrote Youngblood as an attempt to discover how I felt about it all,” Gallagher says. “Writing was a way of seeking out, of mulling it all over.”

Any reader would be well-served to use the novel as an entrance to examine or discover his or her own feelings about America’s involvement in the Middle East.

Equally important, the novel opens a window into what it was like for the grunts on the ground. The book takes the reader along with soldiers as they call their families and sob, reminisce about home, kid each other, play video games, or try to sustain their relationships with girlfriends and wives. It gives insight to the paranoia of walking amid the whistle of sniper bullets, of driving on IED-infested roads, the syncopations of gunfire at nighttime and how being in a desert in full military gear is really, really, really hot.

It is one thing to have been in Iraq during these tumultuous times, as Gallagher so clearly was. But, the author’s achievement is his ability to take the reader there, to make it vivid and real.

As citizens of the United States, of Iraq and the rest of the world continue to wrestle with the war’s aftermath, Youngblood proves an unsettling, but necessary trip.