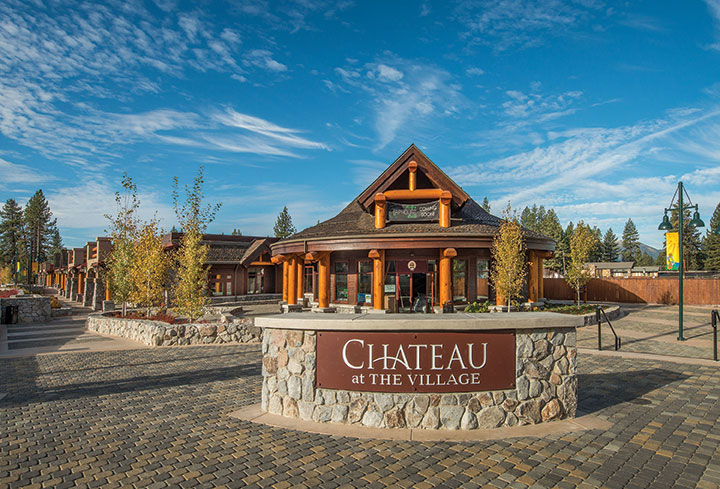 Bob Spees stares out the window of the new Powderhouse Stateline, where people stroll along the sidewalk in front of the store. A couple customers pick around the sweatshirts and Lake Tahoe souvenirs inside.

Powderhouse Stateline is one of several new businesses that have opened up shop in the new Chateau at The Village. As the first progress on the long stalled convention center project, the building marks a major success in the Stateline area. It also symbolizes a revitalization of what was once the busiest, most vibrant part of the South Shore.

“We used to come down here all the time,” Spees says, recalling the early years after he moved to South Lake Tahoe in 1972. “When I came here, this was the hub. We took advantage of the casinos because they had good food, good lodging and good music.”

Many of the storefronts in the Chateau are now full. Tenants include Bonanza Boot and Leather, the Sock Hop and McP’s Taphouse and Grill. Where a long, boarded fence used to force pedestrians to cross the street or walk within inches of U.S. Highway 50 traffic, the sidewalk is now open and benches and landscaping create a friendly feel. A large parking lot hides underneath the building.

“Locals are excited things are being built down here,” Spees says. “There are a lot of projects going on. Everyone I’ve talked to is really impressed.”

Several other projects are slated or are underway on the South Shore’s east side. Hard Rock Hotel & Casino kicked off its takeover of the old Horizon Casino in August. Edgewood Tahoe started site work on its massive new lodge in September.

“We are thrilled with the improvements going on at Edgewood and Hard Rock,” says Betty “B” Gorman, president of the Lake Tahoe South Shore Chamber of Commerce. “They provide immediate construction, consulting and engineering jobs and certainly there are many more long-term jobs on the horizon at both those organizations.”

A couple of smaller projects have already taken place. In 2013, the old Bill’s Casino was remodeled into several new business units, most of which are already full. To the west of U.S. Highway 50, Mellow Mountain Hostel took over one of the abandoned hotels and opened earlier in 2014.

The two hostel owners, Wolfe Shapiro and Elias Small, remodeled the big block-shaped building with new locks, furnishings, paint, bunk beds and a big bright sign. So far, they’ve received excellent reviews on Yelp and are enjoying the hospitality industry. But even in their short stay, they’ve seen changes in the area.

Shapiro and Small chose the downtown location for Mellow Mountain due to its proximity to snowboarding, the casinos and all the amenities, Shapiro says.

“The location is great. The neighborhood is improving,” he says. “It still has a ways to go, but it’s getting better.”

Hard Rock Hotel & Casino is spending $60 million to renovate the Horizon property. The new facility will have a 25,000 square foot casino, more than 500 rooms and an updated outdoor pool. It hopes to open sometime this ski season.

“I worked there for more than 20 years,” Davis says. “I’m really excited to see that revitalized.”

Down a couple storefronts from Powderhouse Stateline, past Bonanza Boot & Leather with its rows of colorful cowboy boots, Amanda Pape smiles as she hangs patterned socks on the wall of the Sock Hop, another new store in the Chateau at the Village. “All the visitors are so excited to have new stuff to look at,” Pape says. “I think the renovation of downtown is going to be great for the economy.”

The biggest improvement, she adds, is that the area is no longer the eyesore it was.

“I’m so glad we don’t have to see that big concrete hole in the ground anymore,” Pape says.