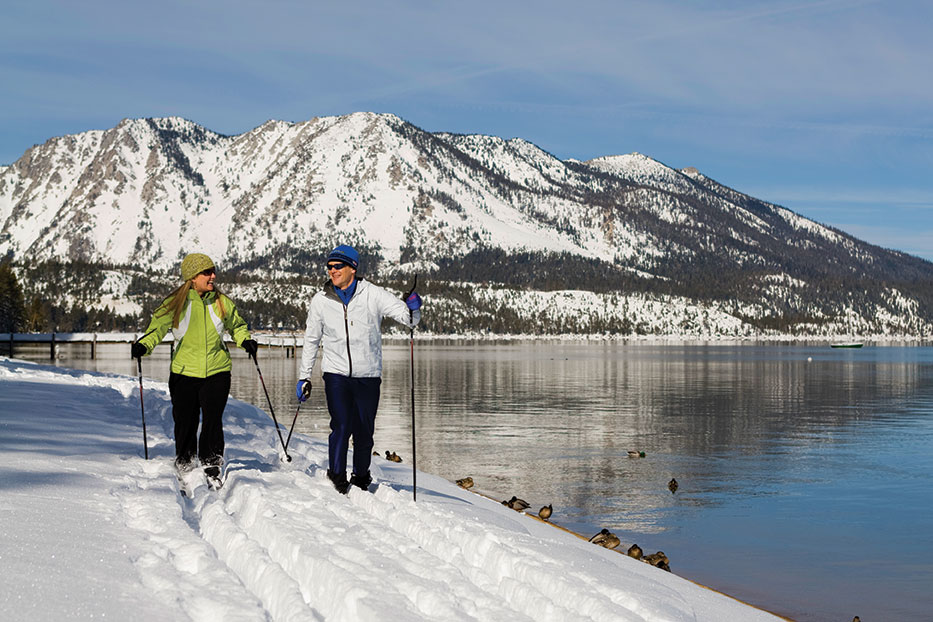 Outdoor recreation can be a key to combating seasonal depression, photo by Tom Zikas

In the Sierra Nevada, life revolves around the changing seasons. Many Reno-Tahoe residents have experienced the winter doldrums at some point or another. As days shorten, weather stays chilly and the snow falls (sometimes unrelentingly), we can become sluggish and irritable. It’s normal in a place boasting a pronounced winter season to experience a mild case of the winter blues, but there is a difference between feeling downtrodden periodically during the winter and continued seasonal depression, also known as Seasonal Affective Disorder (SAD).

What may be perceived as restlessness or cabin fever could be a bigger issue if the depression lasts the duration of the winter, every winter. Put simply, Seasonal Affective Disorder is a type of depression brought on by the changing seasons.

Diagnosing SAD can be difficult, as the patient must experience depression for two sequential winters (or summers), and the symptoms must be unrelated to other life events, stresses and medical changes, Ornelas says. SAD is more common in women than men, and affects between three and five percent of the adult population, Aisner adds. Because people carry a melting pot of various stresses on a daily basis, distinguishing between SAD and a different type of depression is complex.

While there is no definitive reason why some people are more sensitive to seasonal changes than others, SAD has been linked to decreased exposure to sunlight and decreased physical activity. Sunlight plays an important role in an individual’s circadian rhythm, which is the body’s natural balance between sleep and wakefulness. It elevates the body’s level of serotonin, which is a neurotransmitter responsible for feeling happy and alert. When the sun goes down, the body is given the cue to secrete melatonin, which is a hormone that controls sleep cycles. For this reason, it is natural for those who see less sunlight to feel tired and sluggish.

Along with fewer daylight hours comes a lull in recreation during the winter months, which is a large contributor to Seasonal Affective Disorder. The popular quote among athletes, “you’re just one workout away from a good mood,” is scientifically accurate, as blood circulation and the release of endorphins are byproducts of exercise and result in a boost to energy levels, happiness and the ability to focus.  Exercise releases the neurotransmitter dopamine, which lifts your spirits and reduces stress and anxiety. Regular exercise also elevates your confidence and helps you sleep at night, all important factors for optimal mental health.

SAD is more common in the Northern part of the U.S., where the amount of daylight hours during the winter is minimal. Although Reno-Tahoe averages 275 sunny days per year and the risk of SAD is relatively low, it is important to note there is a difference between a bad day and a bad season. Deeper depression can be treated.

“Most of us get ‘cabin fever’ at times,” says Aisner, “but that’s not the same thing as the winter blues.”

In order to prevent and/or alleviate symptoms of SAD, both Aisner and Ornelas advise regular walks over lunch breaks in order to gain natural exposure to sunlight as well as increase blood flow with exercise. Weekend outdoor activity—easily actionable among Tahoe’s recreational activites—is encouraged. Additionally, maintaining a well-balanced, healthful diet is strongly recommended. Caving in to carbohydrate, sugar and alcohol cravings can worsen feelings of depression due to blood sugar spikes and crashes. For this reason, consuming quality protein (either animal or plant-based), fruits and vegetables will keep nutrient levels high and the body’s blood sugar level relatively stable.

These preventative measures, although effective, are not always possible. In Northern states, such as Alaska, where even midday walks or weekend outings are performed in darkness, SAD is much more prominent; however, it is still treatable.

Light therapy is commonly prescribed to patients with SAD, and involves specific periods of exposure to full-spectrum lighting, Ornelas says. This non-invasive treatment is effective, and can be performed in a therapist’s office or at home. Aisner recommends replacing lighting in the home and office with full-spectrum lighting to people with Seasonal Affective Disorder.

Ornelas treats SAD by using cognitive behavioral therapy, which focuses on altering patients’ thought processes in order to change feelings and, consequently, behavior. Similarly, Aisner encourages patients with SAD to mentally prepare for the coming season and remain cognizant of what he or she can do in order to prevent and alleviate the symptoms of depression.

There are many resources in the Lake Tahoe and Reno area for those with Seasonal Affective Disorder. You can seek guidance from your provider of choice, or look online at http://therapists.psychologytoday.com. Northern Nevada Adult Mental Health at 480 Galletti Way in Sparks is a great resource for those who don’t have health insurance. When it comes to mental health, always err on the side of caution and know that you have options for help.

Incline Village’s Julia Mueller gets her winter sunlight on the ski hill. Find more of her work at www.theroastedroot.net.