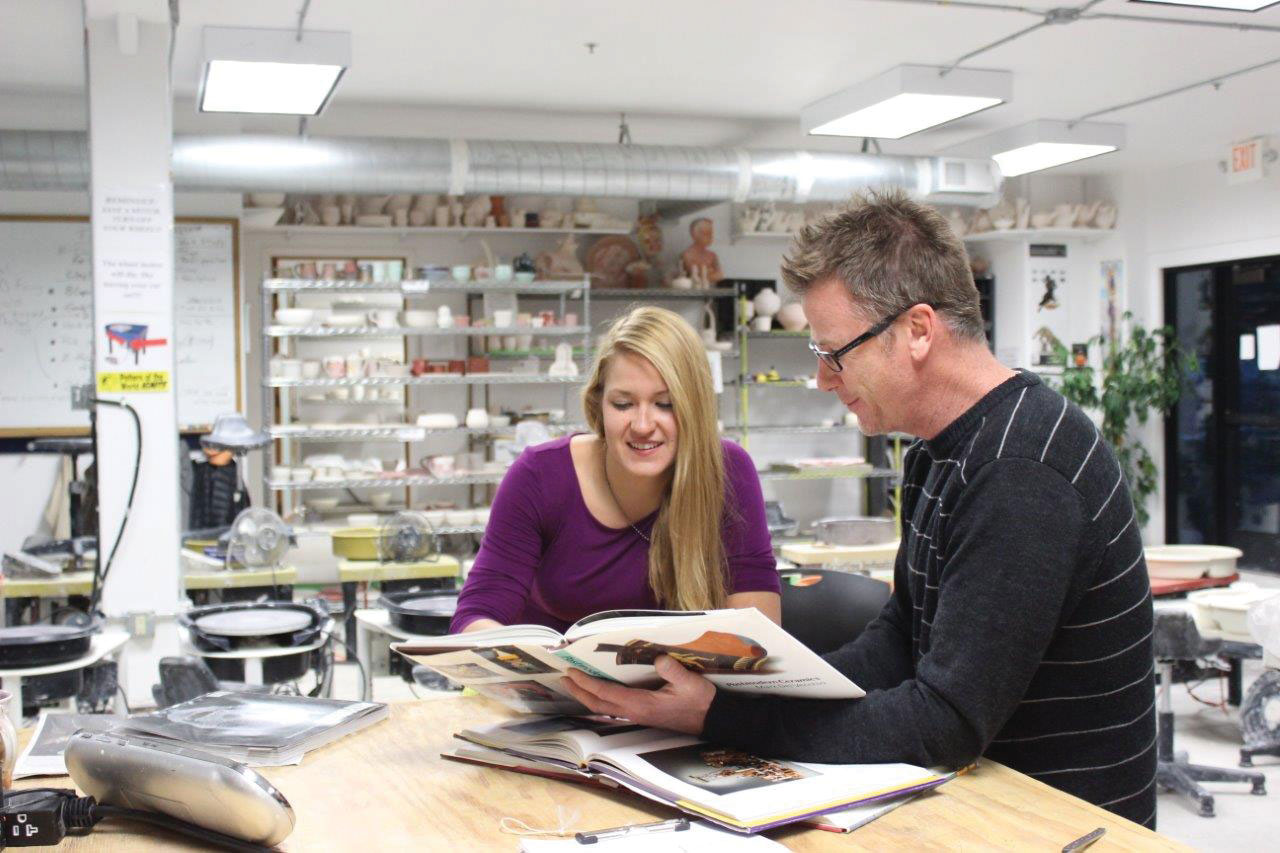 As Sierra Nevada College Transforms Students, it is Transforming Itself

She burst into my office at missile speed, following the trajectory of a new-found idea and nearly exploding at its consequences: “There is so much more to write about than snowboarding!”

Amazed, I listened to my student’s perspective of life transform before me and discovered that my view of teaching at Sierra Nevada College (SNC) just took a quantum leap of passion.

I had merely asked Rebekah Ashley, 21, a journalism major, to go find answers to the question: “What are the constitutional issues at play in Ferguson, Missouri?”

As she ranted about riots, racial issues and press freedoms, my thoughts were racing, too. This is what SNC fine arts professor Rick Parsons meant when he told me great teachers ask great questions. I had just asked a question and it was enough to expand her vision from Tahoe’s slopes to a journalist’s role in the world.

It was also enough to make me fall in love with this little college on Lake Tahoe’s North Shore. I had discovered why Sierra Nevada College exists—to transform lives.

When I first began teaching journalism at SNC five years ago, I saw it as an opportunity to leave behind the stress and deadlines of a 25-year career as a newspaper editor and reporter. I didn’t realize that I would be captivated by the students—creative, out-of-the-box thinkers, who love the outdoors and all that is Tahoe—or, even more surprising to me, become enamored of the school, which pushes these students to excel. 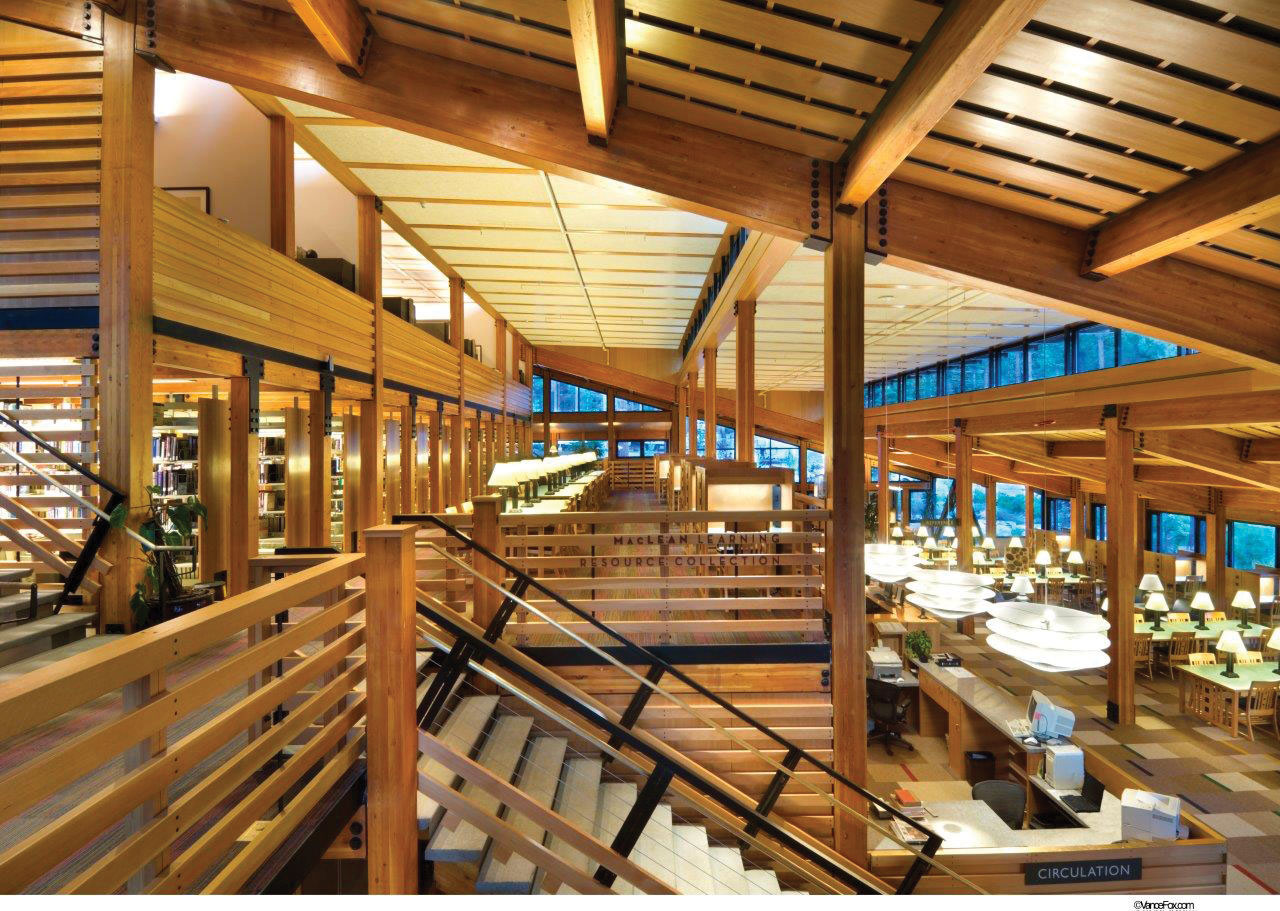 “SNC Tahoe doesn’t just take the top five percent of students and make them slightly better,” provost and executive vice president Shannon Beets says. “We open our doors to all students with potential and transform them over the course of their education. We expect our students to make a huge leap between their first day on campus and graduation.”

After attending other colleges first, senior Megan McClintock switched to SNC, where she competes on the freeskiing team. Her mother, Tahoe City resident Brady McClintock, says small class sizes and early exposure to mentors and business professionals made her daughter excited for the coursework.

“Right from the get-go, SNC made her feel confident that she could thrive in their environment. They were there to help her navigate through the process of class selection and major selection until she and SNC were confident that it was the best road for her to take,” Brady says.

Witnessing these types of transformations is the privilege of working at SNC.

For example, I recall Jason Paladino, a scrawny Truckee kid majoring in interdisciplinary studies journalism and outdoor adventure leadership. Seeing his potential, I made him editor of the campus newspaper, the Eagle’s Eye, and cringed every deadline night, knowing that his efforts at perfection would mean he didn’t go home until 1 a.m. or later. Yet, the confidence gleaned from those late-night deadlines encouraged Paladino to attend University of California, Berkeley’s Graduate School of Journalism. There, his yearlong investigation into an unsafe Navy helicopter was aired on NBC Nightly News, and became a springboard for an investigative journalism fellowship.

Then, there are the stories about science and psychology students asked to present at prestigious conferences, or English and fine arts majors accepted to respected grad schools. Or, the recent story of National Geographic selecting for its cover an image of Tahoe’s night sky created by Nick Cahill, an interdisciplinary studies digital arts and management graduate.

One of my favorites is the student who sheepishly asked if he could “throw a hoedown” for his required service learning project. His faculty adviser, Rosie Hackett, said “why not?” and the Lost Sierra Hoedown was born. Now in its third year, alumnus Drew Fisher continues to put on the hoedown as a fundraiser for the Johnsville Historic Ski Bowl in Plumas County. Fisher writes, “Only at Sierra Nevada College would an adviser reply with an enthusiastic green light to pursue organizing a hoedown for a school project.”

To the 39 full-time faculty and 527 undergraduate students, these stories of transformation are not unique. For them, the 18-acre wooded campus is a hub of collegiate activity—the typical college life of dorms, classes, sports and events.

To Tahoe and Truckee residents, however, the four-year, private liberal arts university remains somewhat of a mystery.

Sierra Nevada College is nearing its 50th anniversary, yet it is often confused with the unrelated Sierra College campus in Truckee. SNC students rent apartments, work at resorts and local businesses, spend money at restaurants and bars, yet they are hardly mentioned as a driver of Incline Village’s economy. The college brings leading artists, authors and business professionals to campus, yet Tahoe-Truckee locals barely note the intellectual stimulus available to them.

“I’m not sure why SNC is not more well-known in the Tahoe community as they have great programs and events that are open to the community, often without a charge,” Brady says.

My first impressions of this school came in 1986 when I began reporting for the North Lake Tahoe Bonanza. Back then, the college clung to a few acres along College Drive, next to a sea of pastel-colored A-frames housing many of the students—an upgrade from the trailers that held students when the school began in 1969. Ben Solomon was the president at the time, and it was not long after, in 1992, that the campus moved to its present-day site on Country Club Drive. 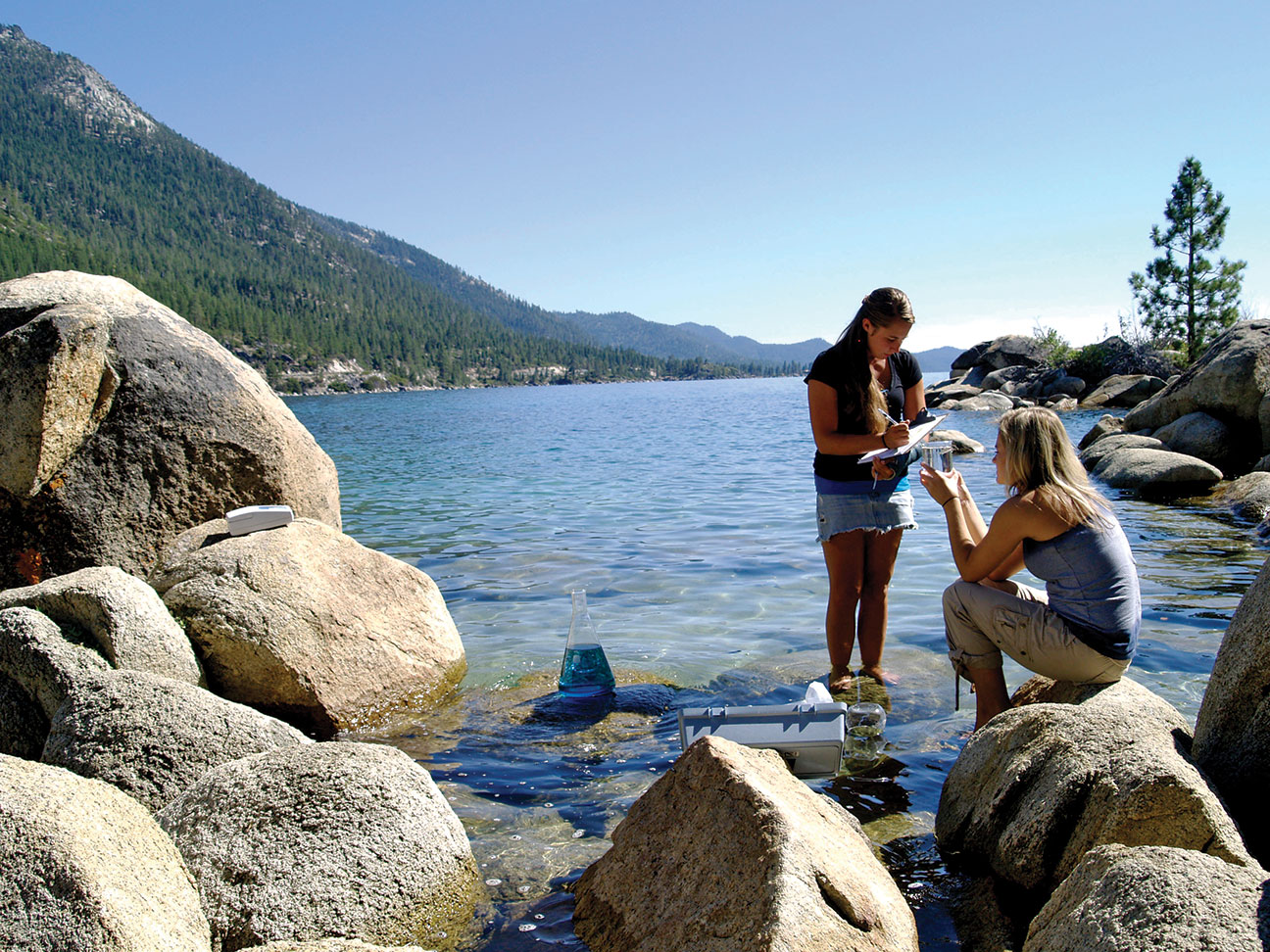 My memories of the school are that it was both liberal and arts oriented, and there was always an eclectic group of individuals with interesting stories.

Despite the beautiful location, the college has ever sought fiscal stability, nearly closing in 2006. For a while, the news coming out of SNC was a revolving door of administrators, each president arriving to put the college on firm financial footing, each one leaving with the quest unsolved.

SNC’s newest president, Alan Walker, joked with parents at a recent homecoming weekend, “I used to run into burning buildings for a living, which is probably safer than being a college president.”

Formerly in the fire service before earning his doctorate in university administration, Walker arrived in September, riding his Harley cross-country from Upper Iowa University to Sierra Nevada College. A backpacker and downhill ski racer, Lake Tahoe is a good fit for Walker and he promises to be a good fit for SNC’s fiscal woes.

“I know it’s been challenging in the past to build a sustainable enrollment and financial picture. These are all very similar challenges for me at previous institutions that have had similar track records to Sierra Nevada,” Walker says.

As a tuition-dependent school, growth in student numbers and enrollment processes are the key to SNC’s long-term financial stability, something that will occur with a team culture, successful implementation of strategic plans, a student-centered focus and an emphasis on excellence, he says.

That best is SNC’s engagement with students, he says.

When it comes to student and faculty interaction, SNC consistently scores higher in the National Survey of Student Engagement than any other Far West private college and doubles the national average, according to Annamarie Jones, director of assessment and institutional research.

In one question, students were asked if they discuss core topics outside of class with faculty. At SNC, 66 percent of the students said yes; nationwide, 34 percent said yes. Another question about whether the curriculum and faculty allow students to use cross-disciplinary knowledge garnered a 92 percent positive answer, compared to 72 percent nationally.

“This is not a cookie-cutter liberal arts college,” Walker says.

The students don’t fit into a mold, either.

“I think SNC gives students a reason to believe in themselves,” says Jones, an SNC graduate herself.

After her “aha” moment of seeing what journalism can do for the world, Ashley started writing about issues such as the Ebola hysteria and consumerism.

“I really shifted my focus,” Ashley says. “As a journalist, how do I make my writing meaningful? How do I make it more than just about me and the snowboarding industry? I’m still figuring that out. I’m more focused now on environmental conservation and right now that’s kind of where I’m headed in writing.”

Currently, she is working on a two-part documentary film about the impact of climate change on Tahoe. “Bringing it back to snowboarding—how can we make it more than just about the sport? How can we care about the environment?” Ashley asks.

Walker says he no longer “saves lives, but changes lives.” My focus as a journalist has changed as well. I no longer write stories, but I help students write their own transformative stories.

Tanya Canino is a Carnelian Bay resident and a frequent contributor to Tahoe Quarterly.