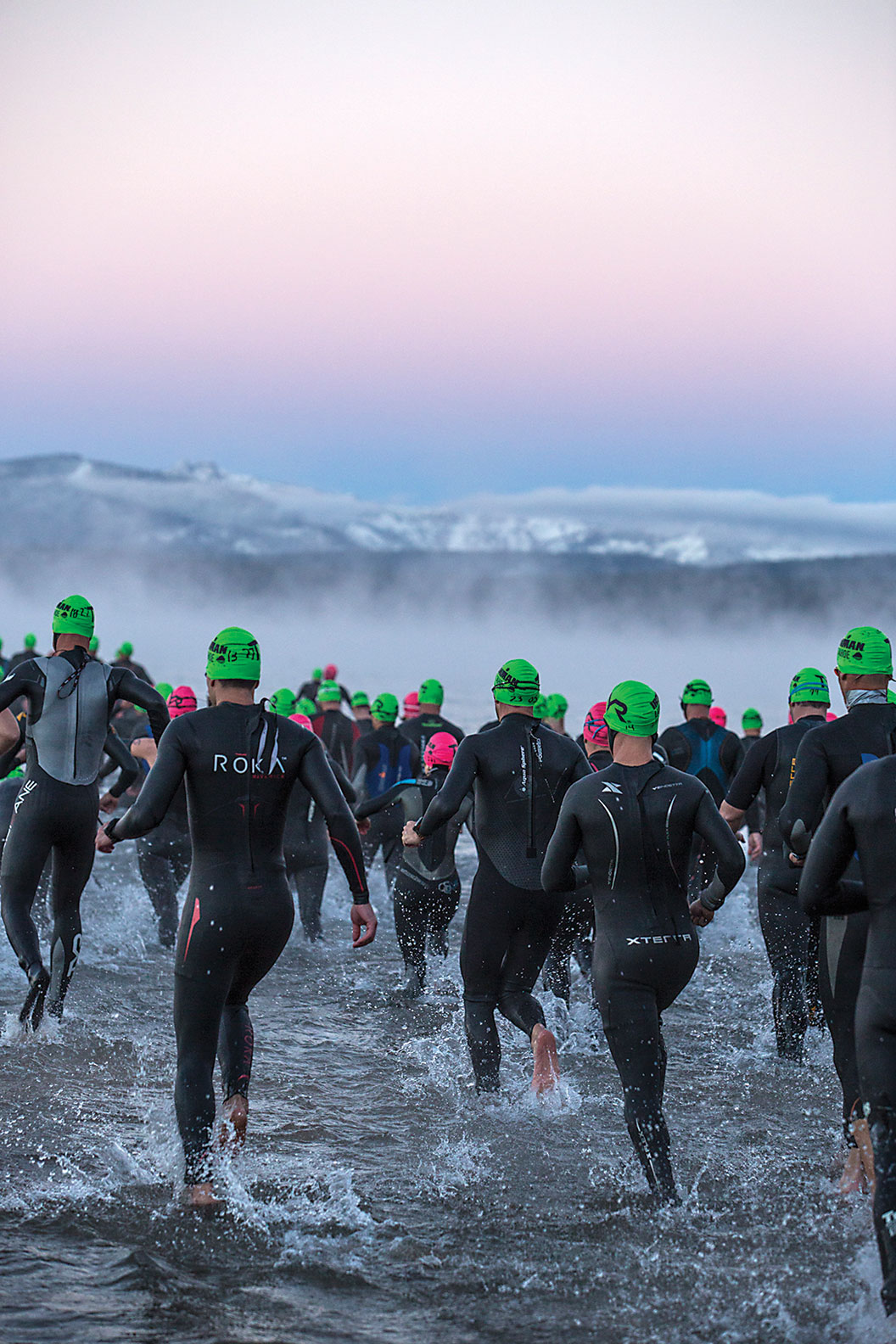 After three beleaguered years, the IRONMAN event, where competitors swim, bike and run, is done with Lake Tahoe indefinitely. The organization’s official announcement to not renew its three-year contract came just days after the September 20 race, creating not only a major loss of revenue for the community, but the loss of a prized venue for local and visiting athletes. Reactions were mixed.

“I’m personally disappointed given the amount of work required for bringing the event here. I understand the reasons but they need to have the really tough races, it helps to build the IRONMAN and Tahoe brand,” says Andy Chapman, the executive director/CEO of the Incline Village/Crystal Bay Visitors Bureau (IVCBVB) who was involved in bringing the event to Tahoe.

The full IRONMAN combines a 2.4-mile swim, 112-mile bike ride and a full marathon (26.2 miles), in that order. Lake Tahoe is considered one of the toughest events on the circuit due to cold lake water, unruly mountain weather and elevation, but these factors are believed to actually serve as an attractant rather than a repellent to the already challenge-crazed competitors.

“There’s not a course out there that intimidates me after competing at Lake Tahoe,” says Danny Klauer, 31, who finished Lake Tahoe’s half IRONMAN in 2015.

But while athletes may embrace the challenge, the weather became too erratic from an organizational standpoint. Weather concerns were at the root of the organization’s cancellation, with IRONMAN’s official statement citing “adverse environmental and weather conditions” making the races challenging to operate.

“They had to make a business decision, and with dropping attendance they had to do what they had to do,” says JT Thompson, tourism director at the North Lake Tahoe Resort Association.

However, some wondered if Lake Tahoe’s challenges were really more severe than other locations. “I can see that running a race in Tahoe is challenging but how is it different from the heat and wind of Kona [Hawaii, where IRONMAN championships are held]?,” says Andy Finney, 38, of Truckee, who competed in 2015.

During the inaugural 2013 race, temperatures were near freezing at the starting line. Organizers recorded a 20 percent DNF (Did Not Finish) rate, the second highest in IRONMAN history up to that point, according to runtri.com. There was snow and blustery winds the day before the event, and the temps were in the 30s at the starting line, where the athletes began the day with the swim.

In 2014, forecasts predicted the Basin to be clear of smoke from the King Fire, but late wind changes brought heavy smoke and high particulate matter. The event was cancelled the morning of the race on recommendations from Placer County and California Air Quality health officials.

This year saw continued threats of smoke from nearby wildfires in the days leading up to the race. But race day skies were clear and temperatures moderate, making it the first and only year the race ran in ideal conditions.

“People in the know were not surprised when the announcement came out. It just didn’t sell after they struggled with smoke and weather,” says Jeff Pearson, the head coach at Kings Beach’s Boost Swimming, where he trains IRONMAN competitors in Lake Tahoe.

Outside of pushing men and women to their physical limits, IRONMAN events involve major costs to the athlete. Registration costs around $700, and while gear and travel expenditures vary wildly, they can easily reach into the thousands of dollars. A top-notch road bike, with all the bells and whistles, can clear $10,000, for example. Because of costs and the training and travel involved, IRONMAN caters to a wealthier demographic than most sports. The average age of an IRONMAN athlete is 40, according to a 2014 Wall Street Journal article.

The financial impacts to the local economy are huge as well. IRONMAN was slated in late September, and brought in big revenue during an otherwise low-business “shoulder” season. Before the inaugural event in 2013, Chapman and IVCBVB came up with an $8 to $10 million estimate for revenue that the event brought to the region. “I believe the reality was relatively close to that number,” adds Chapman.

Despite many hotels and restaurants being packed, not all businesses felt the boom from the event.

“The competition impacted our business in a negative way as the occupancy expectation was high and the demand too low,” says Corina Botorea of Mourelatos Resort. “Before the event came to the area, we would have a sell-out weekend due to weddings or family reunions, but we gave that up to accommodate the thousands expected in the area.”

Joy Doyle, executive director of the North Tahoe Business Association, took a survey of eight businesses after the 2013 event and found “equally mixed responses about business volumes increasing, decreasing and not changing.”

It’s unfortunate that local businesses may take a big hit, says Pearson, but he sees a lasting upside in that the buzz the event created for Tahoe will keep some athletes coming back, if only just to train. “Everyone I know who competed is super happy that they did it, and people will still come here to train because it’s an ideal place to do that,” he says.

Dave Zook is a Truckee-based sports and outdoors editor and writer.