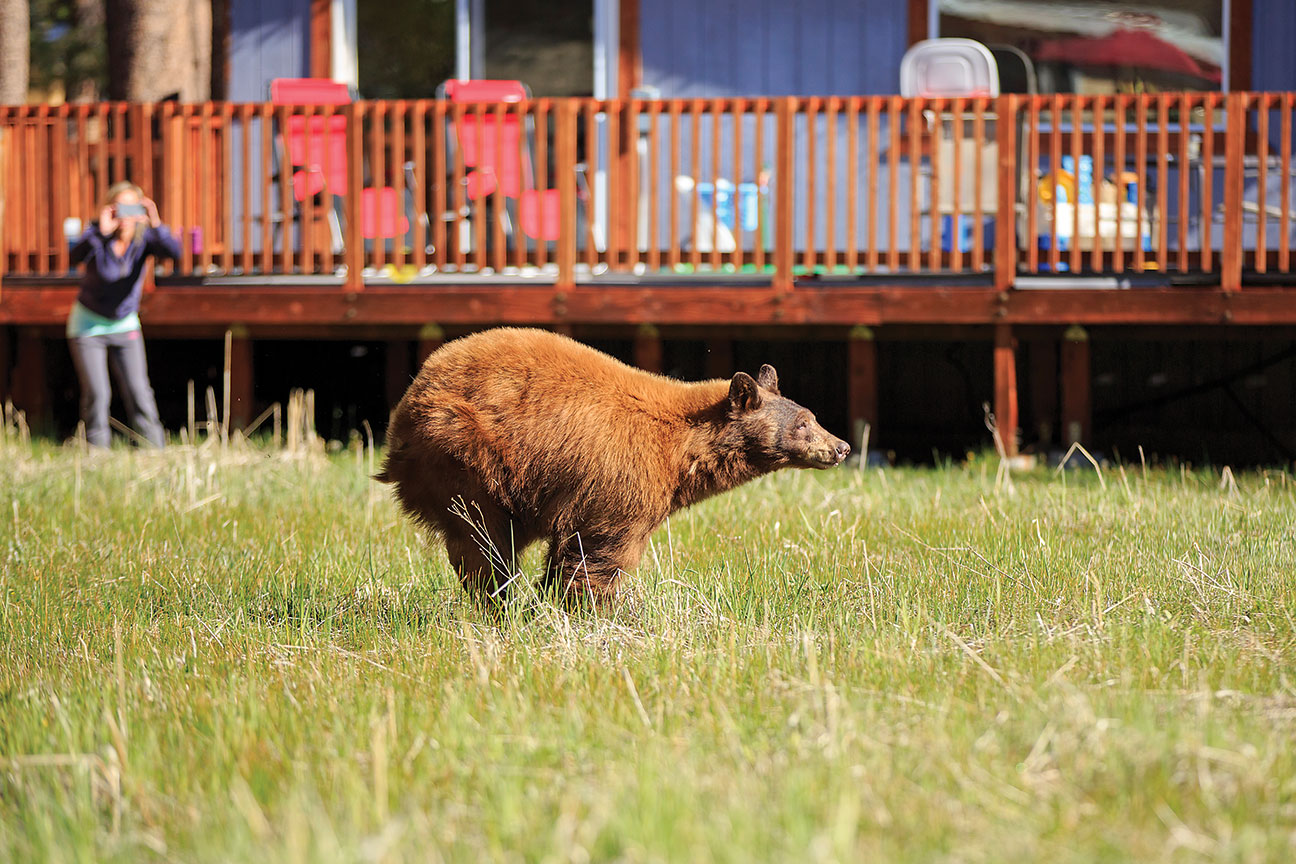 A bear runs through a South Lake Tahoe neighborhood, photo by Dan Wallisch

Statistics provided by the Nevada Department of Wildlife show bear-human conflicts in Northern Nevada were up 41 percent in 2014 from 2013. Wildlife biologists hypothesize the escalation in ursine conflicts correlates to the region’s prolonged drought—now entering its fifth year. The food source scarcity for bears in the wild drives them into towns, villages and cities bordering the wilderness.

In Lake Tahoe, and Incline Village in particular, the conflict involves bears, but is mostly between humans—area residents, media and, more recently, the court system.

“Can it get any more strident?” Nevada Department of Wildlife (NDOW) spokesman Chris Healy asks rhetorically of the fierce debate between the agency, property owners and bear advocates.

Three cases adjudicated in Washoe County courts demonstrate that some believe the resolutions to bear-related issues must be pursued through legal channels.

The first legal case involves Truckee-based Cheryl Ann Morrison, 64, and her daughter, Season, 36, who were accused of tampering with a bear trap set by NDOW in Incline Village in October 2013.

The basic facts of the case remain uncontested by both parties: Season pulled a pin, dropping the cage door, while Morrison threw a rock to trip the cage door and removed the bait bag from the cage, thereby rendering the trap ineffective. The legal argument that played out in court centered on whether NDOW violated state code by setting the trap too close to a roadway, thereby negating any illegality in the Morrisons’ interference with the mechanisms.

Incline Village-Crystal Bay Township Justice Court Judge Alan Tiras ruled in favor of the prosecution in May 2014, sentencing Season to 30 days in jail, community service and $1,000 in fines. Morrison was ordered to perform community service and pay an equivalent fine. The case was later upheld on appeal to the Washoe County District Court in March 2015.

Morrison says she and her daughter tampered with the trap because they were concerned about a mother bear and her two cubs being captured by NDOW and killed as a result. 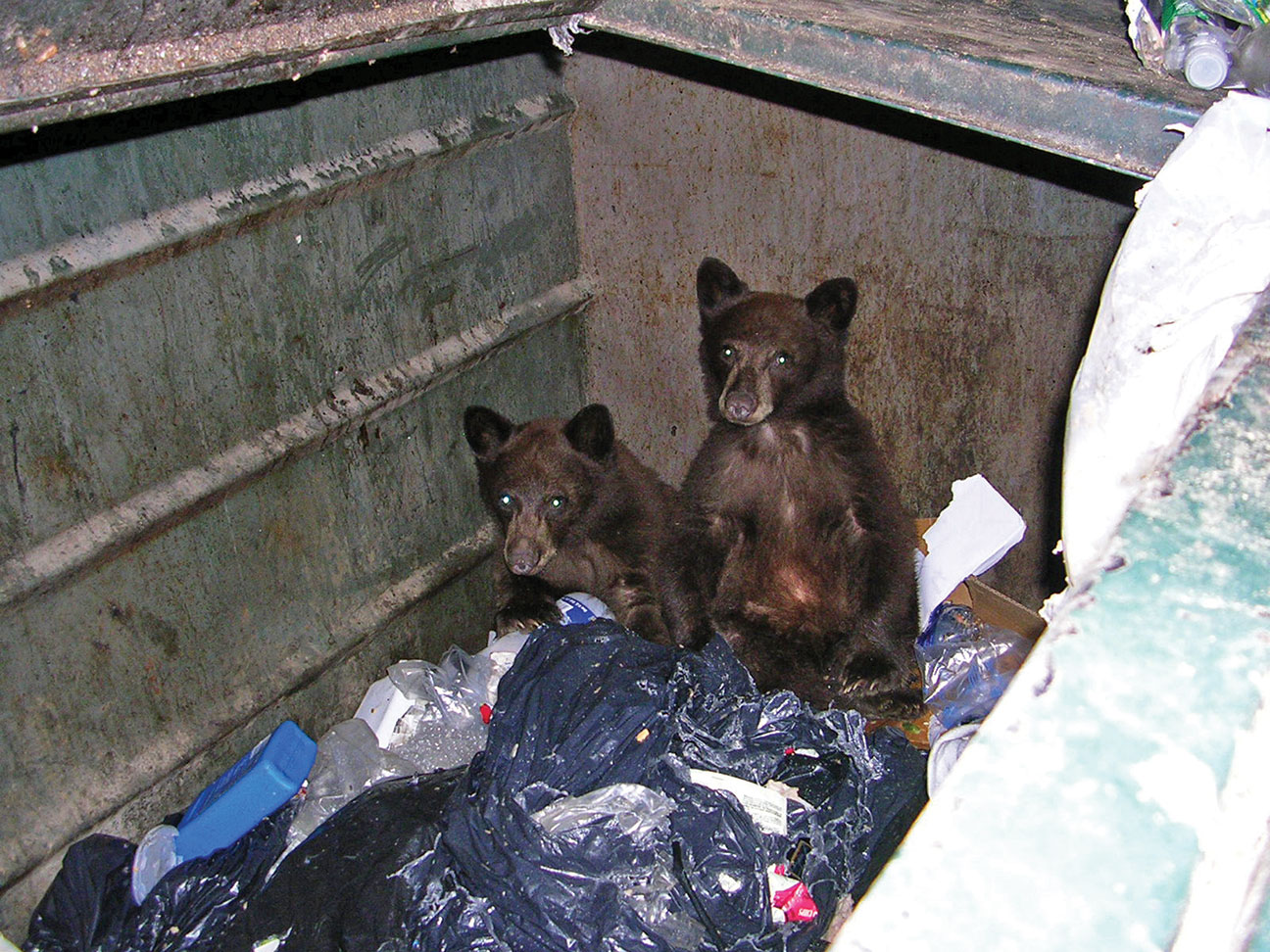 “They were going to kill the mother and maybe even the babies, or the babies get killed trying to follow mom,” Morrison says. “The whole reason the bears were there in the first place is because construction workers were leaving their lunches out and attracting the bears.”

Morrison says she does not belong to the Bear League, the feisty bear advocacy nonprofit headquartered on the West Shore of Lake Tahoe, but does follow them on Facebook.

Bear League leader Ann Bryant, a fierce wildlife advocate who uses aggressive protest tactics and is not shy about expressing contempt for NDOW’s approach to black bear management, says the Morrisons’ decision was their own. “It was foolish, but not criminal,” Bryant says. “But there is no way the punishment meets the crime.”

Thirty days in jail for an act of civil disobedience is a disproportionate penalty, Bryant says. Morrison agrees, saying the case has had adverse effects on her daughter’s life: Beyond spending time in the maximum security portion of the Washoe County Jail, Season has had trouble securing employment as she attempts to move past the episode.

The conviction was a necessary deterrent to emboldened activists who had interfered with the agency’s wildlife management strategy multiple times in recent years and with increasing frequency, Healy says.

“We were able to get a conviction and it’s gratifying to have that happen,” he says. “There needs to be more protection of these traps.”

Carl Lackey, NDOW wildlife biologist and frequent object of ire for the Bear League and its adherents, explains that, despite what is promulgated through social media, he and his fellow biologists release most of the bears they capture. The release of the bears back into the wild involves a program called aversive conditioning, where Karelian bear dogs are let loose to chase and harass the bear, while blank cartridges are fired from a shotgun. The hope is that the bears will lose some of their comfort with humans and become averse to future interactions.

The prevention of bear captures, particularly when the bear is at its initial harmless stage, means the activists are unwittingly preventing the bears from being discouraged to seek food in human areas, Lackey says.

Lackey and Healy are engaged in deflecting criticism from their agency’s tactics, which Bryant and her supporters consider murderous and trigger-happy, she says, adding Bear League volunteers have the right to watch traps and to provide citizen oversight of a wildlife management methodology they consider to be wrongheaded and inhumane.

Bryant prefers California’s approach to black bear management, which places the onus on the property owner. Property owners on the west side of Lake Tahoe with a bear problem are mandated to call the state Department of Fish and Wildlife (DFW) and take out a depredation permit. Bryant says DFW officials often ensure the property owner has taken steps to reduce bear attractants before distributing such permits.

“It’s a completely different way of management,” Bryant says. “In Nevada, they kill bears because people don’t want to do the right thing. In California, bears are just being bears and it’s the people who have decided to live or play in bear country who have to be responsible.”

While taking issue with Bryant’s comparison, Lackey finds common ground in recognizing most, if not all bear-human conflicts occurring in Incline Village over the past several years, are attributable to a failure to properly secure and store food and trash.

This failure segues into the other legal cases that represent the strident clash that continues unabated in Incline Village.

In a civil lawsuit filed in Washoe County Court dating back to December 2013, Richard and Adrienne Evans sued the Bear League for harassment and sought tens of thousands of dollars in relief. A settlement was reached recently and neither party commented on the record for the story.

However, the complaint shows that Adrienne called NDOW after discovering a bear had entered her car and caused damage; she had also witnessed the same bear in proximity to her home and vehicle on multiple occasions.

NDOW set a trap near Evans’ property at the owner’s request.

When the Bear League caught wind, the organizations’ activists began to arrive at the Evans’ property, threatening and harassing the couple, according to the complaint. Furthermore, the Evanses alleged they began to receive calls, messages and emails of a threatening nature, as well as death threats on Adrienne’s Facebook page.

“There is a whole new angle with the social media aspect of this,” Healy says. “With the Bear League Facebook page… these people whip themselves into a frenzy.”

Such comments are often directed at Lackey, who has been anointed as the chief villain by some members of the Bear League. Lackey himself brushes off the vitriol as “childish” and says it damages the credibility of both the posters who make wild inaccurate claims and the organizations who allow such claims to persist.

However, another Incline Village resident felt the sting of the Bear League’s outrage.

In May, former Nevada State Senator William O’Donnell attempted to obtain a protective order against the Bear League after he, like Evans, contacted NDOW due to persistent bear problems.

In his statement to the court, O’Donnell says bear conflicts had worsened at his home and a repeat offender had ripped the siding off his garage, causing considerable damage.

After NDOW placed a trap near his property, he says he was contacted by members of the Bear League, including Bryant, who advised him to get a bear-proof trash container and store food and trash outside of his house.

Neglecting to comply, O’Donnell said in his statement he began to experience a pattern of explicit harassment, with activists parking their cars in front of his home, calling his house repeatedly, sending text messages and camping out on a private property adjacent to his.

Bryant contests O’Donnell’s version of events, saying neither she nor any member of her organization harassed O’Donnell. Instead, they were exercising their First Amendment right to protest what they felt was a misguided approach to solving O’Donnell’s problem.

Bryant says she reached out to O’Donnell in the hopes of convincing him that investing in a bear-proof trash container would solve his problems.

“Listen, this guy kept garbage in his garage and he refused over and over to get a bear container,” Bryant says. “He called NDOW because he wanted to get the bear killed and we know the bear and know it’s not a problem, it’s not going to hurt anybody. So, we decided to do something about it.”

Bryant says O’Donnell was warned several times about his trash storage and that bears should not have to die due to what she asserted was a stubborn irresponsibility.

Ultimately, Tiras, who presided over the Morrison case, did not grant O’Donnell a protection order. O’Donnell could not be reached for comment. 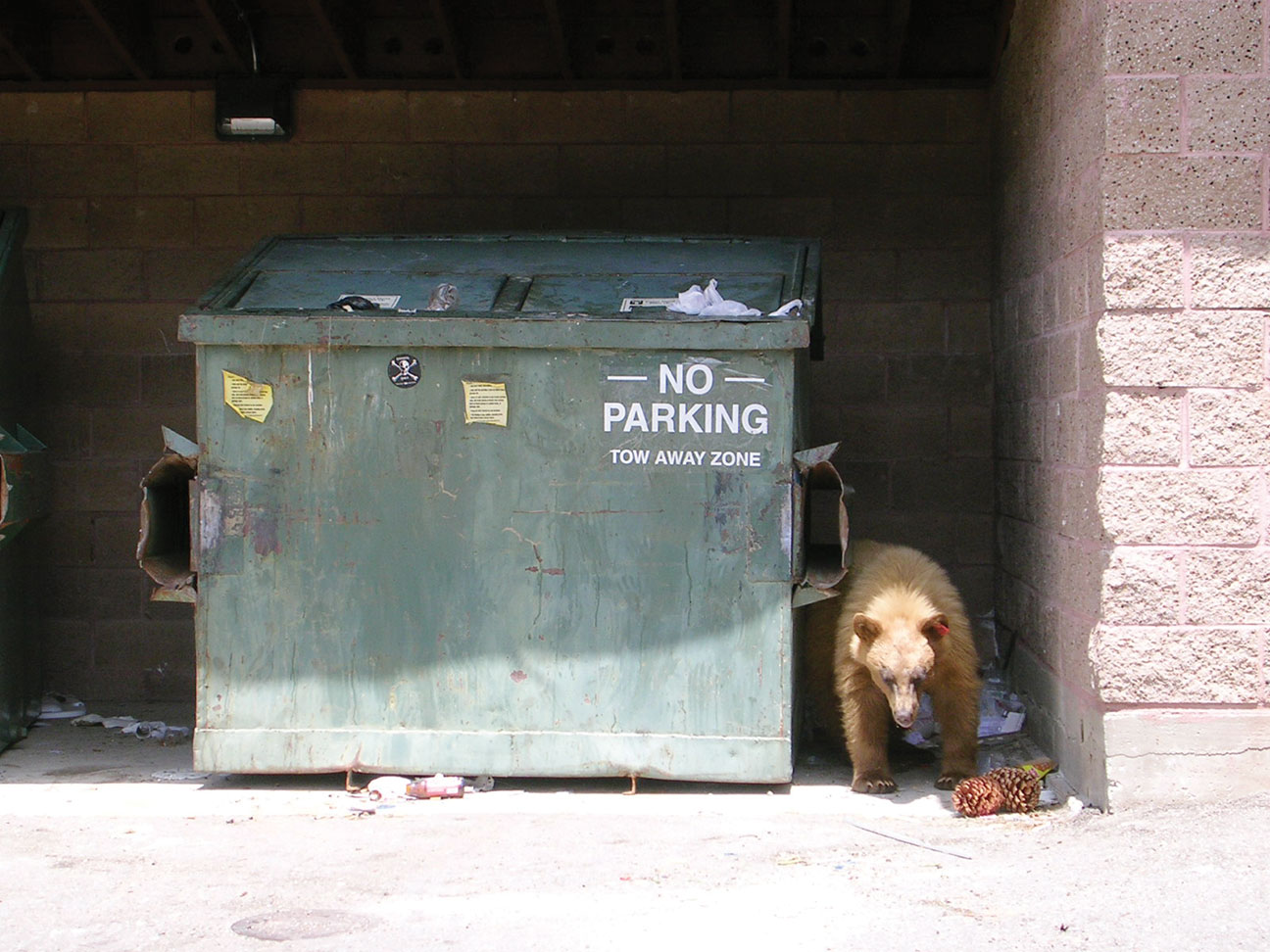 Dunbar says the techniques of concentrating on particular individuals and whether their actions are in concert with acceptable bear country trash storage and removal practices are ultimately counterproductive. “This issue becomes highly personal, but we have to move away from the discussion about you do this right or wrong and instead concentrate on what type of solid waste collection fits our environment,” Dunbar says.

“Everybody knows what the solution is,” he says. “It comes down to responsible food and trash storage. Bear conflicts are totally preventable. It’s just all about how best to get there.”