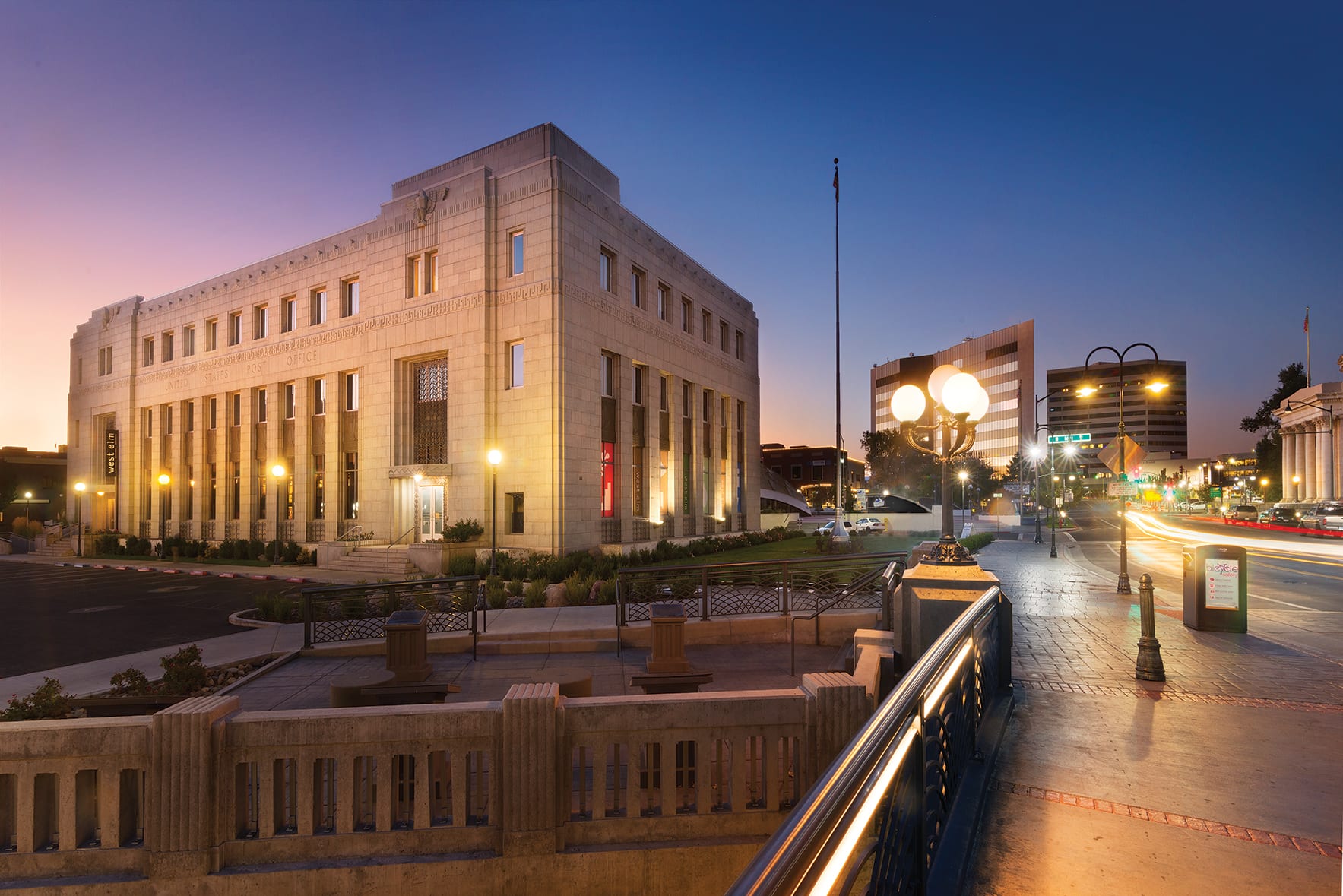 Reno native makes her entrepreneurial mark in the ‘Internet of Things’

Location, they say, is everything, and Filament, a provider of software solutions in the swelling “Internet of Things” (IoT) world, is exquisitely positioned in Reno.

Just listen to Filament Founder and Chief Executive Officer Allison Clift-Jennings, herself a Reno native who looks to the west—Northern California—and sees nothing but opportunity ahead for her six-year-old enterprise.

She cites the well-publicized tax burdens, crushing commutes, outrageous housing costs and tattered quality of life plaguing the Golden State, particularly the San Francisco Bay Area. In June, the annual Bay Area Council Poll of 1,000 residents showed 46 percent are looking to move in the next few years. That’s up from 40 percent in 2017 and 34 percent in 2016. Among millennials, the 2018 poll showed 52 percent intent on leaving. 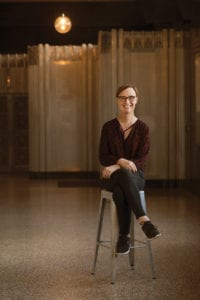 Clift-Jennings, like others in the Reno-Tahoe business community, believes the region is front and center for California’s refugees. And Clift-Jennings, for one, sees Lake Tahoe as the Big Answer to the quality-of-life question.

“We’re absolutely leveraging that,” she says. “We’re 20 minutes away from Tahoe.”

Not that Reno itself is any slouch in the equation. Filament is based in downtown Reno, which has undergone a considerable renaissance in recent years with its Midtown district of thriving small business south of the Truckee River, away from the north side’s hotel-casino district.

“Our biggest drawback in Reno is it’s a small town still,” Clift-Jennings says, “so we have a hard time finding enough good talent.”

But that’s changing, and fast, she believes, pointing to the still-evolving impact of Tesla Motors’ mammoth battery Gigafactory east of Reno on the region’s broader business landscape. The result has been job growth that has shrunk the greater Reno-Sparks area’s unemployment rate to below 4 percent for the first time since before the Great Recession.

“That,” she says of the bustling economy, “combined with how crazy the Bay Area is these days price-wise, makes Reno look pretty good. The secret’s starting to get out. Reno is the closest non-California city to the Bay Area. You couldn’t do this in Boise.”

She went on to work in various engineering capacities in San Francisco, New York and Pasadena before circling back to her hometown, where she knew she always wanted to make her entrepreneurial mark.

In 2012, her eyes were on the challenge that a growing number of entrepreneurs saw: how to make machines, vehicles and home and office devices “smart”—able to talk to each other over the Web, in what’s called the Internet of Things.

The company, then known as Pinoccio, started with hardware, but Clift-Jennings quickly realized that customers needed a way to make devices and machines economic, so they refined their focus on blockchain hardware and software that joined the physical and digital worlds. 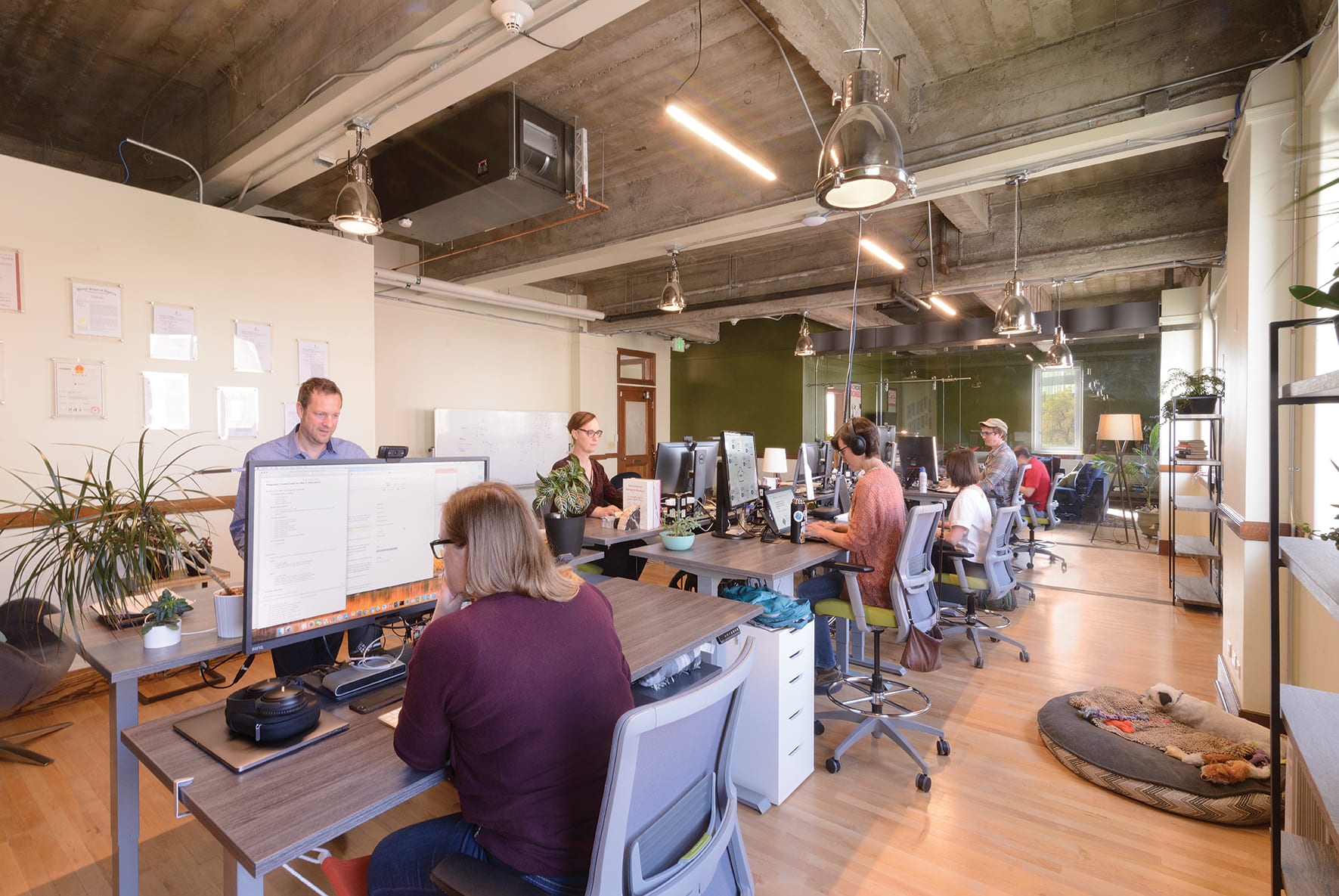 A peek into Filament’s Reno office, photo by Asa Gilmore

Connectivity is what it’s all about, she believes. To that end, the future potential—from energy to electric vehicles to just about every facet of everyday life—is endless for the company rebranded in 2015 as Filament, which boasts more than a dozen investors and partners so far.

“Our strong belief is that machines should be able to transact—a ‘machine economy,’” Clift-Jennings says. “Our biggest challenge is educating people on what that means and to them, why should I care? For us, it’s a lot of education, spending time writing case studies.

“What really drives me, and by extension this company, is striving to solve difficult problems. We’ve had very large companies want to partner with us. I can see partnerships.”

She said being acquired by another company is “not out of the question, but not now. Our market is so big.”

At Filament, software work is done in Denver while the headquarters is located in downtown Reno in what for decades was the city’s old art deco post office on the south bank of the Truckee River, which has been restored into a variety of enterprises. Filament’s manufacturing is outsourced in the Bay Area. 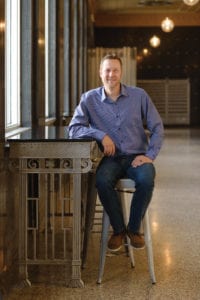 Bud Raymor, Filament’s head of finance, came to Reno-Tahoe from the other direction—Ann Arbor, Michigan. But to him, the view was the same when he arrived in 2015 as the third employee of Pinoccio.

He recalls meeting with Clift-Jennings at Lake Tahoe, and when he returned home, he told his wife and two children he was wowed by the alpine landscape.

“Her mother said, ‘It’s not a very good place to go and live,’” Raymor says. “So I took my wife to Tahoe, we drove down the Mount Rose Highway, and she said, ‘OK, let’s look for a place.’

“It took literally just driving around the lake.”

To the larger challenge of finding a skilled workforce to sustain business, Raymor, who also handles hiring and human resources at Filament, believes the solution is in the growing migration of weary Californians.

“That talent is moving here,” he says. “The Bay Area likes to ski, visit Tahoe. Finding highly skilled help is an issue, but you find that anywhere. We’re here for people who are willing to move here. We are at that stage of growth now where we’re looking for people to come here.”

And Reno is “not that hard of a sell,” he says. “This place is like a hidden gem” on the business map. “I’m 45 minutes from Tahoe. We can go camping an hour and a half from home. It’s unbelievable.”

One of his favorite stories he relates to family back in Michigan is of sitting in swim shorts one recent early summer day on the beach at Tahoe’s Sand Harbor and looking up at the mountains around him covered in snow.

“I thought, ‘Am I dreaming? Am I in the Matrix?’ It was incredible.” 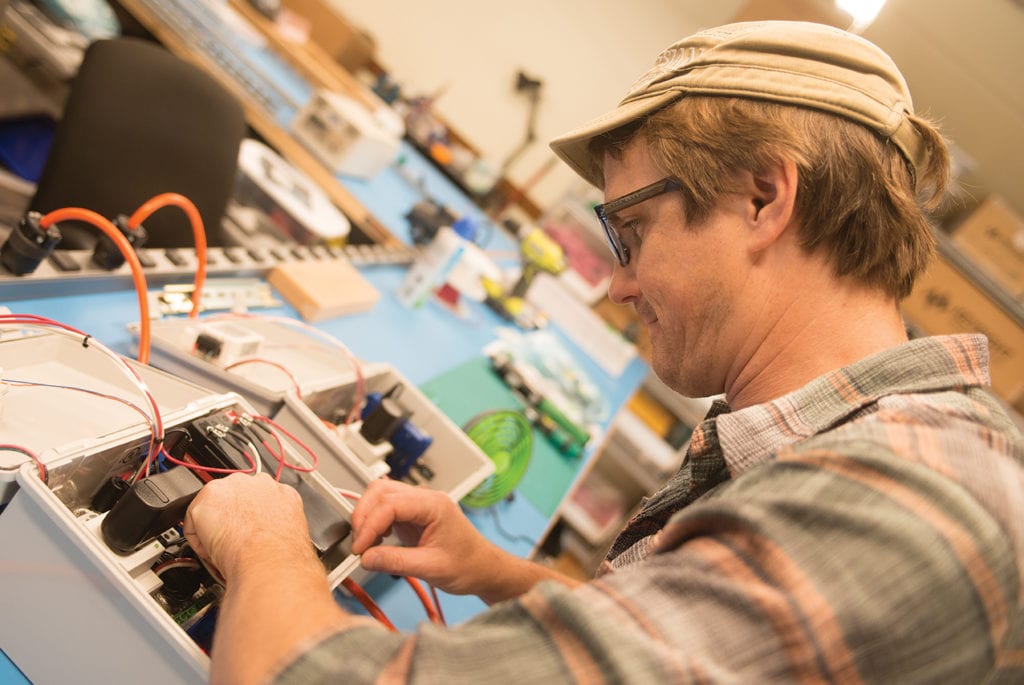