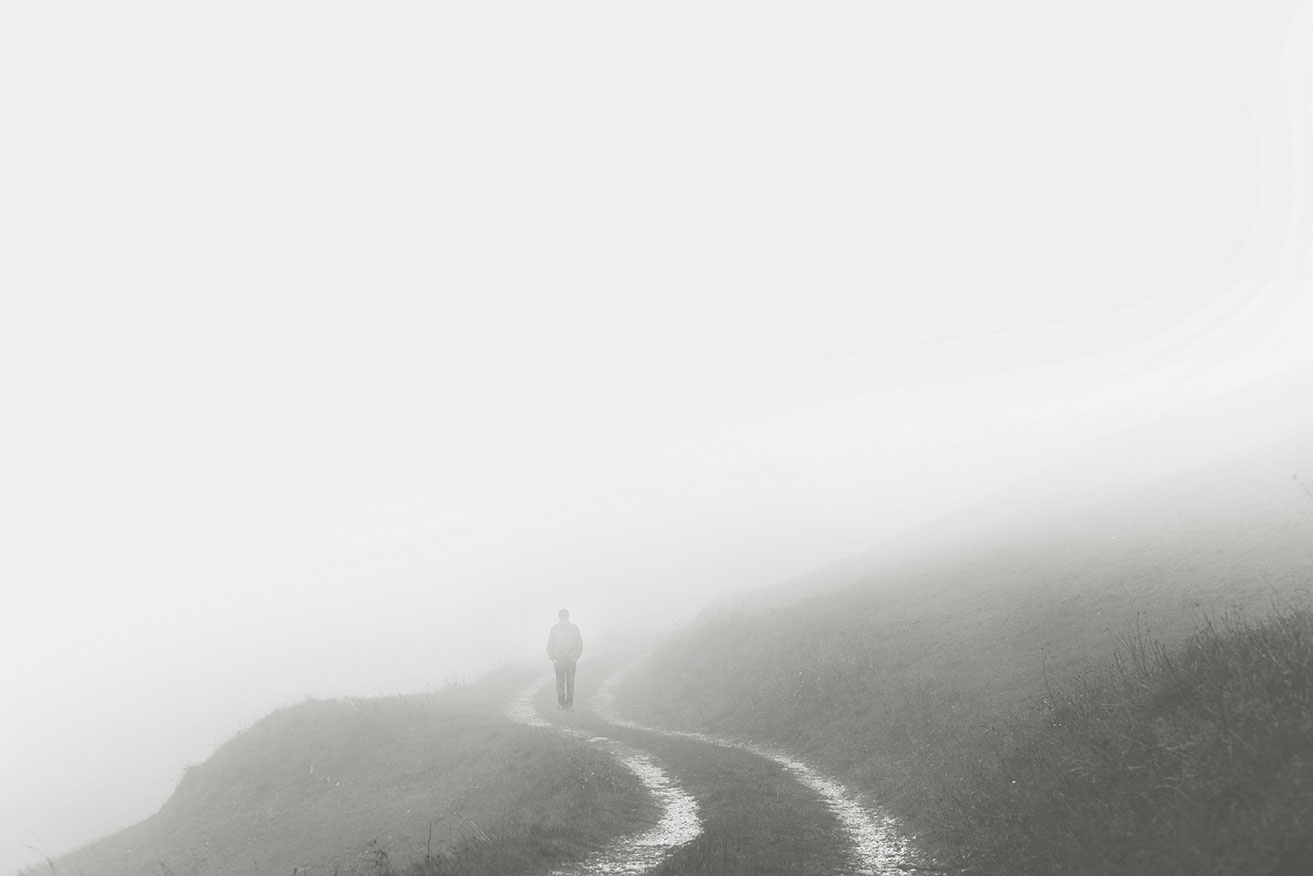 The cold days of winter are associated with Seasonal Affective Disorder, also known as SAD, ©istock.com/francescoch

A Different Shade of Tahoe Blue

While winter brings joy to the area’s many snow enthusiasts, the impacts of Seasonal Affective Disorder are not to be overlooked

Winter is polarizing. It conjures images of Christmas, cocoa and careening through blissful powder snow. But it can also be a time of deep struggle. The sunlight retreats to a warbled path barely above the ridgeline and is locked behind the clouds for days on end. At the same time, the mercury drops to joint-aching levels, bringing more time in the home, isolation and a dearth of activities that we enjoy the rest of the year.

Thus, a portion of Tahoe’s populace faces an annual downswing in mood and happiness as winter sets in. And in such a ski-obsessed community, where many residents anticipate the snow season with giddiness, the shift is perhaps under-recognized.

Additionally, as a mountain community at a high elevation, Tahoe’s residents may be at a higher risk of suicide, according to a recent study at the University of Utah.

Local mental health experts are aware of these seasonal fluctuations in mood.

“While waiting for the snow to fall, I try to practice embracing the beauty of the shoulder season,” says Brie Moore, a clinical psychologist and founder of the Courage Project, a nonprofit in Incline Village focused on mental health issues among children. “For many of us, however, the change of seasons dramatically alters our mood, hormones and gene expression, resulting in a more pronounced and persistent impairment.”

This shift is often attributed to Seasonal Affective Disorder, also known as SAD. The condition is believed to stem from less daylight and the subsequent increase in the body’s melatonin production, though the exact causes remain unknown. SAD is believed to affect 5 percent of U.S. residents and is far more common in women than men.

“Although sleep and appetite are most notably affected [with SAD], typical symptoms of depression are present, including feelings of sadness, a loss of pleasure in previously enjoyed experiences, impaired concentration, lethargy, feelings of worthlessness or guilt and, at times, thoughts of suicide or death,” says Moore.

There’s also no denying the challenges of 2020. With caution not to overly emphasize the doom-and-gloom outlook, this winter may be, put simply, a bit of a doozy. The pandemic, political uncertainty, economic hardships and more are issues that may compound under the burden of winter.

But, resilience and adaptability are endemic to the Tahoe lifestyle, and many have found ways to mitigate or even turn around seasonal depression. 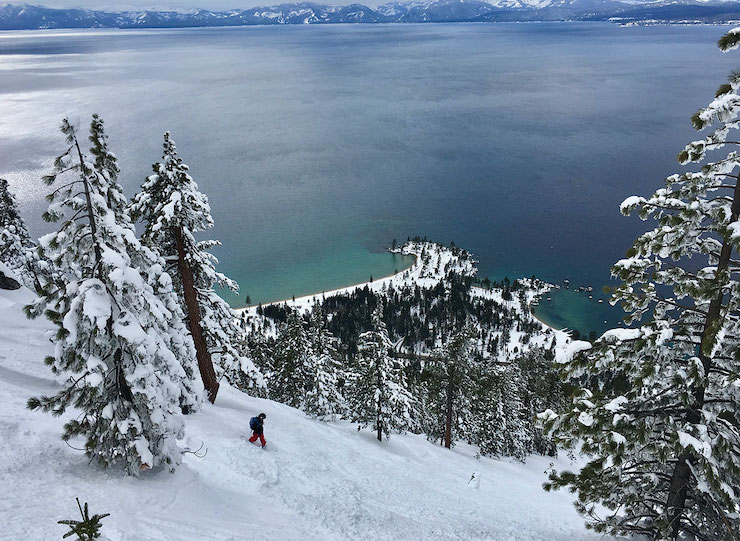 A stunning amount of theories, resources and possible treatments exist for how to handle depression of all types, going back hundreds of years. So much so, that weeding through the material to find a tactic that best benefits the individual can be a challenge. One regularly advised cornerstone, however, is the notion of self-kindness, also called self-compassion—simply that it’s OK to go through struggles, and thus to start by making an effort to go easy on oneself, especially during winter.

Julia Arndt of Tahoe City, a Peak Performance coach, has seen many of her clients and friends push back against the stressors, challenges and isolation that were increasingly common as they adjusted to the pandemic, and now winter.

“People can and should be honest about depressive feelings,” says Arndt. “We forget that it’s OK to feel weak sometimes.”

She brings up famed psychiatrist Carl Jung and his quote, “What you resist not only persists, but will grow in size,” suggesting that fighting against feelings of depression, for example, may not only be ineffective in mitigating such feelings, but can intensify them.

According to the New York Times, studies show that people who score highly on self-compassion have lower levels of depression, underlining the importance of this trait. “The research suggests that giving ourselves a break and accepting our imperfections may be the first step toward better health,” the article states.

Dr. Kristin Neff, a national expert in the field of self-compassion, offers a list of exercises for kindness practice that include, among others, writing a supportive letter to yourself—as you would for another—listing your best and worst traits, and consistently reminding yourself that no one is perfect.

During winter, people are confined to their homes more so than in the active days of summer, which in turn creates conditions for loneliness and negative rumination that work against self-kindness. To combat this, Arndt recommends making plans to stay occupied, reaching out to friends and colleagues for support, and sticking to a regular routine of self-care that includes exercise and outdoor time as much as possible. 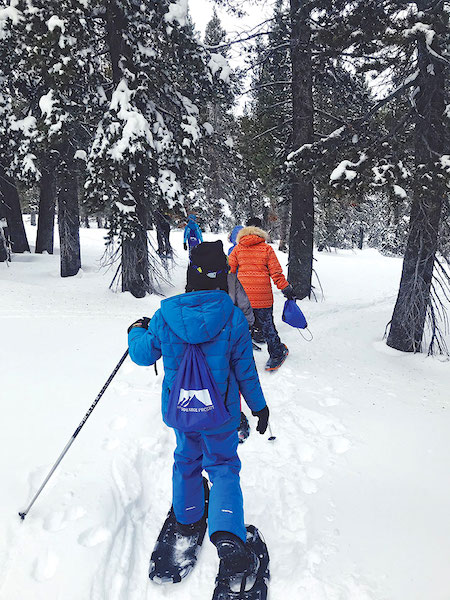 A mindfulness snowshoe outing with the Courage Project and Tahoe Institute for Natural Science, courtesy photo

The Power of the Outdoors

One of the most common recommendations for mitigating seasonal depression is to get outside and move around (the other main avenues are light therapy, talk therapy and medication). While the sun’s UV rays provide benefits, so, too, does exercise.

For Moore at the Courage Project, getting outside is a cornerstone of her mission. An avid athlete herself, she knows firsthand the healing power of nature, but also understands the physical and financial challenges of the winter climate.

“If winter activities like skiing are out of reach, families can make time to be outside together in nature in creative ways,” she says. “Studies show that even just the presence of nearby nature bolsters a child’s resilience against stress and adversity.”

Specifically, activities like going on a walk, playing in a park or just enjoying the snow can have these benefits, and are free or a fraction of the cost of resort skiing.

Those in the Tahoe community who don’t ski or ride may see the high-profile presence of these sports as the end-all, be-all to winter fun and may feel burdened that they are missing out, but Moore sees the experience itself as the real gem.

“I’m a strong believer that it’s not the activity, but the way in which we engage that determines the mental health benefits,” she says. “If children, and adults alike, take the opportunity to slow down, pay attention and appreciate all aspects of the experience, even an activity as simple as a walk outdoors can have myriad benefits for our well-being.”

It’s not the same for everyone, however. For Paul Leary, 46, a photographer and longtime Tahoe-area resident, the situation proved to be more complex.

Leary suffered severe depression for many years of his life, and “tried everything,” including medication, intense exercise routines, therapy, time in depression clinics, wellness counselors and more. He battled suicidal thoughts at times and found himself in a place where he, a lifelong outdoors enthusiast, would throw himself into as much exercise as he could, but to no avail.

“For periods in my life, feeling healthy did nothing,” says Leary.

He still practices and recommends yoga and other activities, but brings this up to emphasize that there is no one-size-fits-all solution.

For Leary, who made a strong turnaround, it was a combination of factors and no singular element that helped him out of the place that he described as “paralyzing” to what today he describes as “little brief bouts of depression.” He found his success by prioritizing being around positive people, practicing yoga, taking regular cold showers, quitting drinking entirely, educating himself on how depression works and a Japanese technique for stress reduction called Reiki.

“We are all pretty much built the same, but our brains are wired different. So what works for one person might not work for another,” says Leary. He also found support by being open about his struggles on social media, and found people online—some of them complete strangers—to be authentically stable and reliable sources of help.

While this winter will inevitably elicit a range of emotions around Tahoe that span the spectrum, it is normal to be at any place on this range. There exists a diverse array of resources to guide one through our snowy jungle, as the community works together for increased health and wellness.