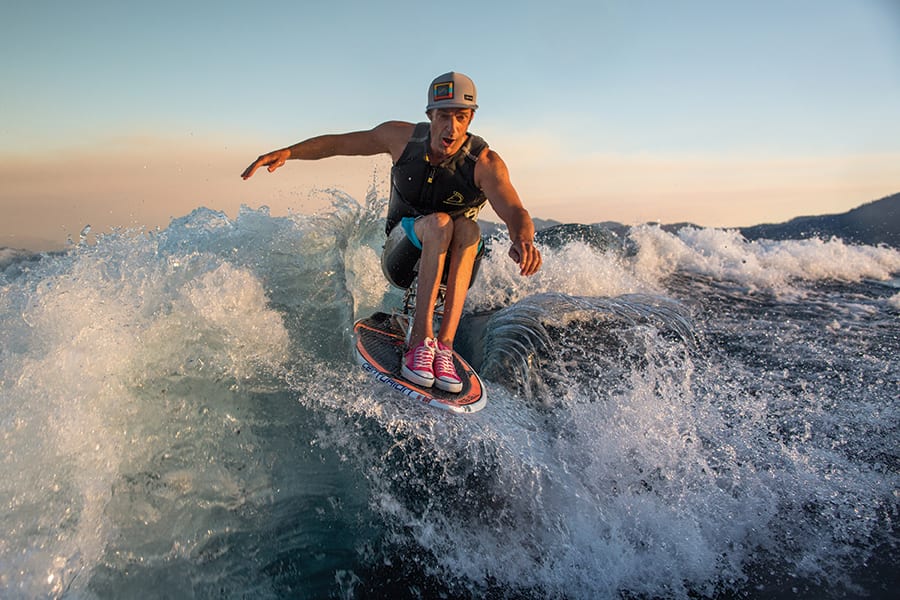 High Fives Foundation athlete Grant Korgan sports a hat by bigtruck, one of five B Corp companies in the Truckee–Tahoe area, photo by Holly Shankland

Tahoe’s B Corps Commit to a Higher Standard

Five companies in Tahoe and Truckee have taken their social and environmental commitment to a new level by formalizing it as part of their corporate structure.

Mangrove Web Development, bigtruck, Environmental Incentives, Eagle Protect PBC and the Law Office of Lara Pearson joined the B Corp movement built on the belief that businesses should be a force for good.

B Corps are for-profit companies certified by the nonprofit B Lab after meeting rigorous standards of social and environmental performance, accountability and transparency. The companies say that Lake Tahoe’s natural beauty and lifestyle compelled them to consider their impact on the environment and community, and they turned to the B Corp model as a way to make a difference.

B Corps are to business what Fair Trade certification is to coffee. By evaluating the entire business, the certification measures the benefits to all stakeholders—everyone who is directly or indirectly affected by the organization. The B Impact Assessment breaks down the impact in four areas—corporate governance, workers, environment and community. Companies need to score at least 80 points to receive the certification.

Some of the most responsible companies on the planet are certified B Corps, including Patagonia and Seventh Generation. Upon passing the B Impact Assessment audit, certifying companies sign the Declaration of Interdependence with B Lab. The document affirms a culture of collaboration over competition.

“One of the most amazing parts of being a B Corp is being immersed in the community,” says Maiya Holliday, founder and CEO of Mangrove Web Development. The company, which Holliday manages from her home office in Truckee, consists of a remote team of developers and designers spread across the globe—from Ecuador to New Zealand, Europe to Truckee. Since Mangrove’s certification in 2016, Holliday has acted as a champion for the B Corp cause, especially in the area.

“I think there is a lot of potential for other local organizations to became B Corps,” says Holliday. One of the contributing factors is Tahoe’s connection to the Bay Area, which is home to a large number of B Corps and the origin of the movement.

“The Bay Area’s culture of collaboration and approach of working in a passionate way has made its way up into this community. Even more because it is a small community, people choose to live here because of the attachment to the natural environment and the community,” says Holliday, whose engagement with the B Corp community has turned into business opportunities with B Corp clients, who are offered a 15 percent discount. She also offers a 10 percent price reduction to any purpose-driven, minority- or female-owned enterprise. 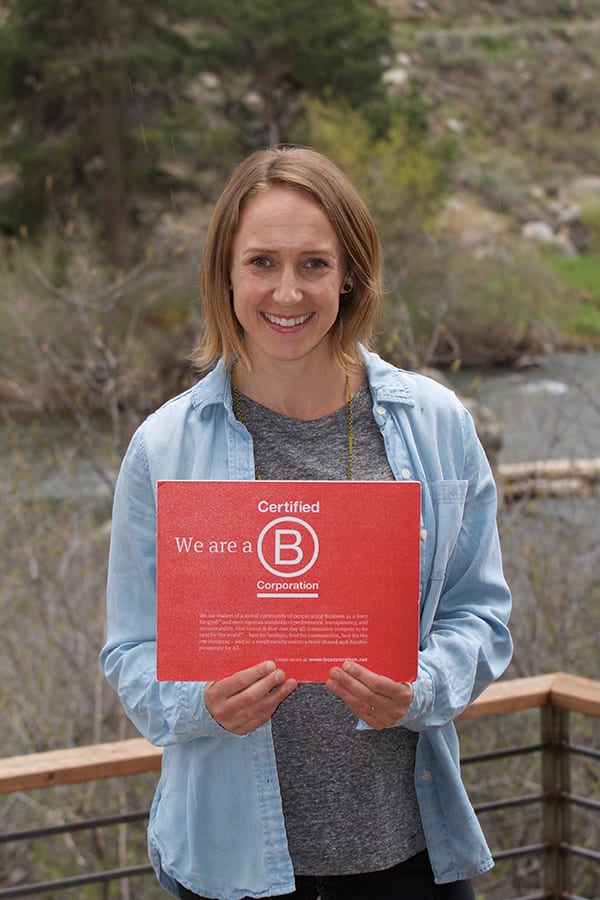 Maiya Holliday’s Mangrove Web Development is among the Tahoe area’s growing number of B Corps, photo by Francesca Curtolo

Bigtruck, the popular Truckee hat company, put a stake in the ground in the headwear industry by building a business model around financial success driving community and environmental impact. General Manager Bill Sinoff brings to the company a decade of experience at Patagonia, where he witnessed the all-around success of the B Corp model.

“Doing the right things in business is better for everyone: Keeps the business healthy and helps the bottom line, which ultimately allows us to do more cool, far-reaching initiatives,” Sinoff says.

Since its inception, bigtruck established long-lasting partnerships with local nonprofits, such as the ongoing support to the High Fives Foundation. From the oldest partnership to the newest project with the Truckee River Watershed Council, bigtruck pays its staff to volunteer two days per year.

“By adopting a section of the Truckee River, doing River Day cleanups, devoting monetary donations and hosting River Talks at our facility, we are standing for a critical cause for the future of our backyard and community,” says Sinoff.

South Lake Tahoe–based Environmental Incentives is a consultant firm that designs performance-driven approaches to conservation. Founded in 2004 to address the decline of Lake Tahoe’s water clarity, the firm now works globally with nonprofits and agencies such as USAID to improve the environment. “We don’t take up any project if we don’t see any environmental benefits out of it,” says Andrew Alexandrovich, the firm’s operations director.

Despite working in a space dominated by nonprofits, Environmental Incentives President Jeremy Sokulski says being a for-profit and a B Corp is the best format for the company.

“A lot of the people we work with tend to be disconnected from the market economy, so I wanted to live in the world of the economic incentives that drive private investments, in order to understand it,” Sokulski says. “My vision was to do something where, the more of it, the better the world is.”

Eagle Protect PBC makes disposable gloves for the food industry. The South Lake Tahoe company is a wholly owned subsidiary of New Zealand’s first B Corp. One of the company’s goals is food safety—specifically, to reduce glove-related foodborne illness by 50 percent by 2022.

By improving the quality of their gloves using the safer nitrile instead of the riskier PVC, Eagle Protect wants to “save the U.S. food industry one glove at a time,” says Stephen Ardagh, founder and CEO of the company.

Ardagh provides opportunities to workers in Malaysia and Thailand by selecting responsible suppliers and helping them improve their working conditions. According to the B Corp and Child Labor Free principles, Ardagh developed a Supplier Code of Conduct for one of his suppliers in Thailand.

“After agreeing to the terms, the supplier had to install a new fire alarm for me. A month later, they had a fire. Nobody was hurt,” he says.

Incline Village is home to one of the world’s oldest B Corps, the Law Office of Lara Pearson—also known as Brand Geek—which has been certified since February 2008. Pearson also became one of the first few hundred members of the 1% for the Planet in 2006.

Like the rest of the region’s B Corp community, Pearson found fertile ground for change in the Tahoe region.

“The natural beauty draws us all to this majestic, spiritual place,” she says, “and any business that operates here should do so in a way that not only protects the area but also enriches its communities.”