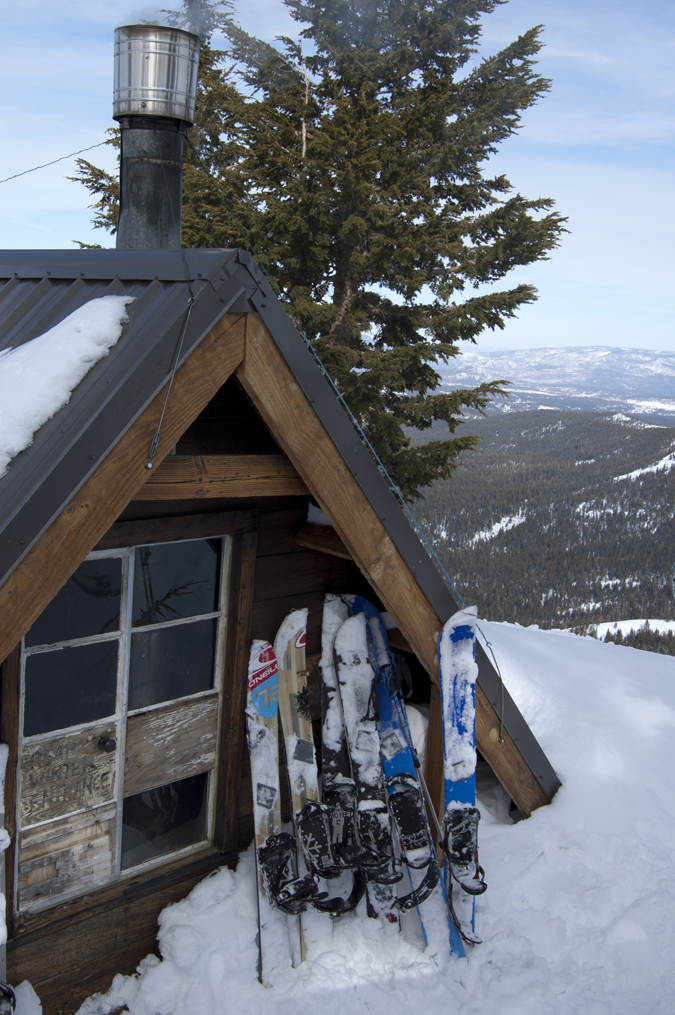 07 Feb Best Spots to stay in the Backcountry

Written by Seth Lightcap Posted at 09:02h in From the Vault, Outdoors 0 Comments
Share

Whether you’re prime for a backcountry adventure or just keen for a lodging experience of yesteryear, the Tahoe Sierra Club lodges and huts provide an escape route to the wilderness unlike anything else in Tahoe. Although it’s largely BYO linens and food, these rustic Sierra Club facilities are some of the most affordable accommodations in the region at only $15 to $60 per night.

The Peter Grubb Hut is one of the most cherished shelters in the Sierra Nevada due to its idyllic location in the heart of Donner Summit, three miles north of Interstate 80. Built in 1939 as a memorial to Peter Grubb, a teenager from San Francisco who died while on a bicycle tour in Europe, winter backcountry ski enthusiasts flock to the A-frame, which provides a welcoming oasis tucked amongst world class ski runs. The three-mile approach to the hut requires complete backcountry precautions as the route meanders through avalanche-prone terrain.

For many local backcountry skiers, the Benson Hut, perched on the Sierra Crest six miles south of Donner Pass and about three miles south of Sugar Bowl ski resort, is the crown jewel of the Sierra Club hut system. Built in 1949 as a memorial to ardent skier John P. Benson, Jr., a U.S. soldier and Sierra Club member killed in World War II, the cabin’s creature comforts may pale in comparison to newer facilities, shelter, which sleeps 12, offers world-class expert ski terrain nearby and magnificent views in every direction. Taking in the vista will require a challenging effort however. The arduous approach route climbs over 1,800 feet; you can also buy a one-way lift ticket at Sugar Bowl for easier access.

The Bradley Hut got a new lease on life in 1999 when it was relocated to its now-permanent position in the upper drainage of Pole Creek, about two miles north of Squaw Valley. Originally built in 1957 as a memorial to Josephine Bradley (the wife of former Sierra Club president and U.S. National Ski Hall of Famer Harold Bradley) it was moved when its previous site became Granite Chief Wilderness Area. Cross-country skiers and snowshoers enjoy the Bradley Hut, which sleeps 12 to 15, for its approach route that follows a mellow road for about five miles. The surrounding peaks hold gem descents for backcountry skiers, many of which are mere minutes from the hut door.

The unassuming Ludlow Hut is located six miles west of Lake Tahoe on the northern edge of the Desolation Wilderness. Built in 1955 by friends of Bill Ludlow, a U.S. soldier from Berkeley who loved ski touring in Tahoe and was killed in the Korean War, the 15-person A-frame is near Richardson Lake and backs up to several surrounding peaks worthy of exploration. The five-mile approach follows a summer road along McKinney Creek. The road is also a favorite snowmobile route.

As the flagship lodge of the Sierra Club, the Clair Tappaan offers more amenities than the rest of the huts combined. Located two miles east of Soda Springs on old Highway 40 near Sugar Bowl ski resort, the grand lodge is situated on a forested hill just above the road. Constructed in 1934 and named after Sierra Club outings leader, Judge Clair Sprague Tappaan, this facility comes complete with a manager and cook. Families and large groups often stay here, where up to 140 guests can enjoy warm accommodation, a hearty meal and even a relaxing soak in the lodge hot tub.

Just adjacent to the Clair Tappaan Lodge, the Hutchinson Lodge affords a private experience for a group looking for a rustic roadside getaway on Donner Summit. The Hutchinson brothers, two pioneering skiers from San Francisco, built the lodge in 1925 as a base for their outings group: the Sierra Ski Club. The lodge, which can accommodate 20 overnighters, was donated to the Sierra Club in 1956.