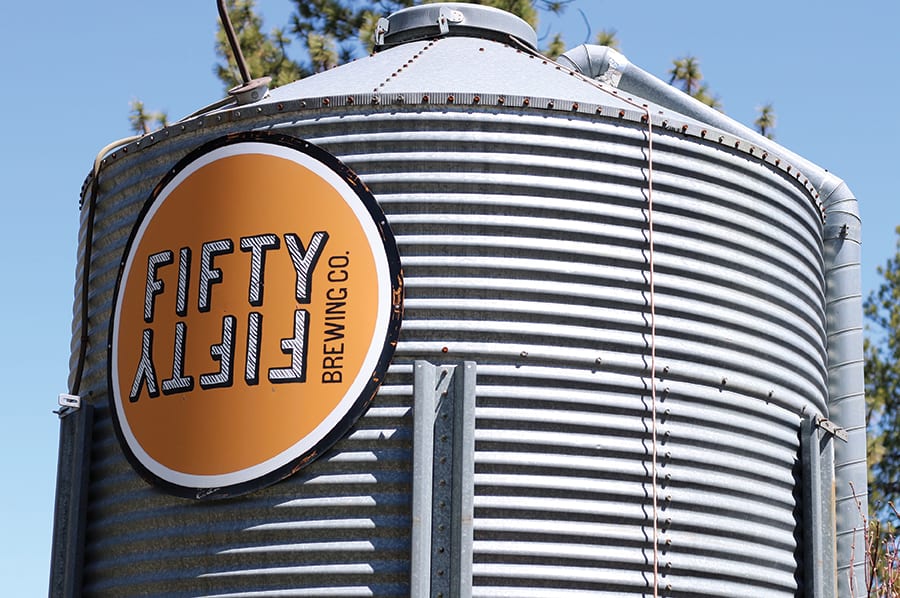 Tahoe City resident Amanda Nguyen, who spent three and a half weeks on a set in London, was a runner-up on ABC’s The Great American Baking Show: Holiday Edition based on the British series. Nguyen, who tested her old-fashioned classic family recipes like coffee cake and pecan pie on the North Lake Tahoe Fire Protection crew, started a YouTube channel to share her tips and tricks with others at www.bakealong.com.

After 38 years, Carmine and Joyce Bove poached their last eggs Benedicts and closed their long-running Log Cabin Cafe in Kings Beach, citing an aging building and staffing difficulties. They are hoping to keep the ice cream parlor open in summer.

Wildflower Cafe’s Ellen and George Toto also called it quits after 30 years in Incline Village. They had been ready to make a move for some time; a dispute with their landlord sealed the deal. Also, the Old Post Office Cafe in Carnelian Bay changed hands, with owners Linda and Frank Jansen selling the business to one of their employees.

Marg’s Taco Bistro in Old Town Truckee is no more. The space will be home to a new restaurant called Roco featuring a Mexican- and Japanese-inspired menu, with a concentration on tacos and ramen.

FIFTYFIFTY TO OPEN IN RENO

Truckee-based FiftyFifty Brewing, which won Brewery Group of the Year, plans to open a 9,000-square-foot brewery that will anchor the 25,000-square-foot food hall at Reno Public Market (formerly known as Shoppers Square). It will include a taproom, brewery, events, roof deck and room for brewing expansion. Construction should start this summer.

Michael Mina will add to his 40-plus restaurants when his MINA group opens Bourbon Pub Northstar at the resort next season in the current Tavern 6330 location. He opened a similar concept at Levi Stadium in Santa Clara and another is set to launch at San Francisco International Airport this summer.

After a year-long effort, South Lake Tahoe passed an ordinance permitting food trucks to operate in the city. As part of the new ordinance, six private properties were to be part of a pilot project to gauge impact on brick-and-mortar restaurants.

Whole Foods, which ceased building any more of their 365 stores after being acquired by Amazon.com, still plans on opening at the Bijou Marketplace in South Lake Tahoe. Construction is underway.

Housed in a building that dates back to 1864, landmark restaurant Cafe at Adele’s in Carson City suffered extensive smoke and fire damage from an early morning blaze in March. Owners Charlie and Karen Aboud had put the restaurant up for sale and say it will remain so after it reopens, which could take up to six months.

The Tahoe Food Hub has moved to a new 4,000-square-foot facility at the Truckee Tahoe Airport, where the nonprofit’s Farm Shop sells produce from 40 farms and ranches within 150 miles of North Lake Tahoe. The shop is open Tuesday to Friday from 11 a.m. to 7 p.m. and Sunday from 9 a.m. to 1 p.m. Look for the new Harvest-to-Order program, an online farmers market that allows customers to shop online and pick up their customized food box. www.tahoefoodhub.org