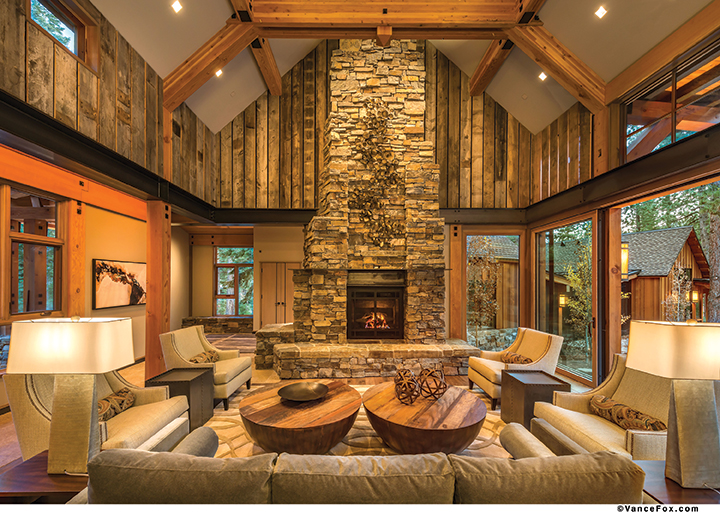 02 Apr A Haven in the Woods

Suzanne and Tom Werner lead busy Bay Area lives, so when they decided to build a second home in Tahoe, they wanted to be sure their vacation views gazed upon the serene, pine-studded Sierra rather than neighbors’ houses.

In that quest, they purchased a 1.38 acre lot in Martis Camp, on a quiet cul-de-sac that backs up to U.S.D.A. Forest Service land. Working with David Bourke of Truckee-based Ward-Young Architecture on the sense, shape and siting of the structure, the couple got their envisioned secluded mountain-view retreat.

Laid out in a C-shape, three intersecting wings each with exterior terraces surround a large central fire pit connected to the house by a series of stone paths; sight lines are fixed on the surrounding deer-inhabited woodland and Northstar California’s Lookout Mountain beyond.

The five-bedroom, six-and-a-half bath rustic yet modern building clad in vertical red cedar is a blend of traditional and contemporary, with an “old building re-inhabited” sensibility, says Bourke. “It’s a mix of things old and new.” 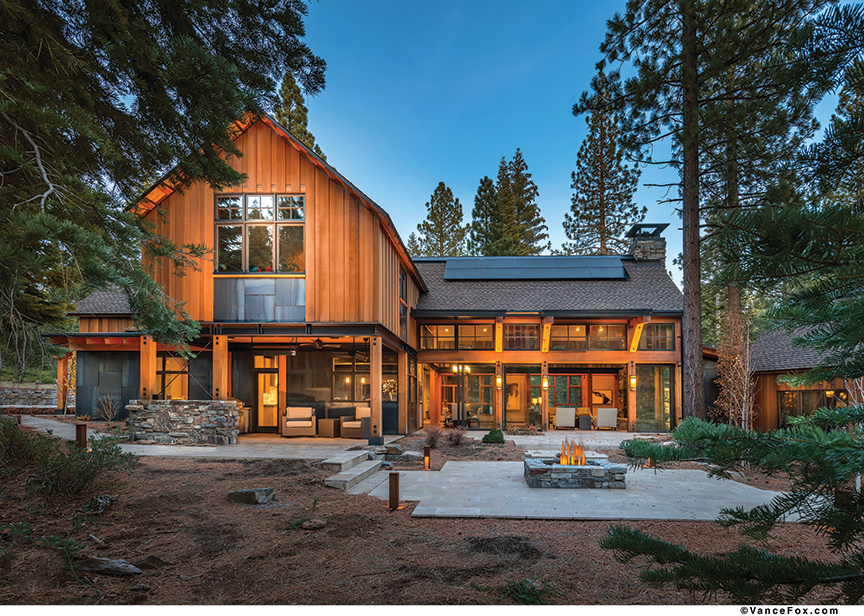 The great room flows to the clean-lined kitchen, where a handsome L-shaped slab of walnut tops the island counter bar. Cabinets are crafted from rift-sawn white oak while counters are covered with gray-toned Quantra, an engineered quartz product. A 900-bottle wine cellar, framed by hot-rolled steel and both displayed and accessed via a glass sliding door, is tucked under the stairwell.

Just beyond awaits a rumpus/recreation room, where a walnut slab–topped bar is accessed via subway turnstile. A/V entertainment features several televisions, including a 148-inch rear projection screen, a premium sound system and a conga line of five theater-style recliners that can be moved for impromptu dance parties. Vertical barn wood boards above the steel beams conceal sound-absorbing acoustic panels.

A nearby stairwell outfitted with hand-forged slightly arcing iron balusters topped with wood rails serves as functional art and leads to another wing where a lofted lounge area overlooks the great room. An age-neutral guestroom, highlighted by an eight-panel Rand McNally world wall map Suzanne installed, features a pair of sturdy twin over queen bunk beds that can accommodate the couple’s two grown daughters and their friends, or friends with younger children.

Across the house, the modestly sized master suite capitalizes on its location at the far end of the third wing for private, wooded views. The en-suite, spa-inspired bathroom is clad in plank interlock travertine tile and features a dual vessel sink vanity and freestanding tub (also with wooded views). 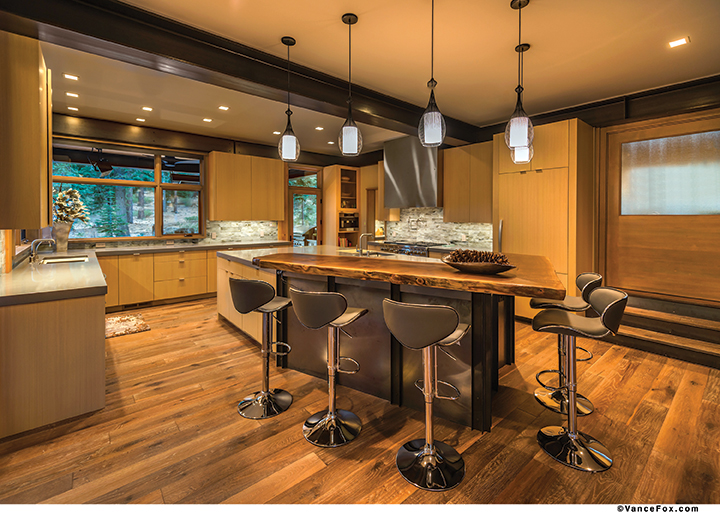 An exercise area built into a nook off the hallway leads to a substantial self-contained guest suite that can be locked off and accessed via exterior door so that, in their absence, the Werners can extend the use of the house to friends. A kitchenette concealed behind folding doors and a Murphy bed maximize this living space.

Ted Werner is the CEO of San Jose–based SunPower Corporation, which manufactures solar panels, so it is only fitting that the rooftop boasts a solar array used to charge the couple’s electric cars. Other eco-friendly features in the house include a high level of insulation minimizing heat loss, triple-pane windows and a heat recovery ventilation system. Ninety percent of the house is lit with LED fixtures, significantly reducing electricity consumption.

But perhaps the best “green” feature of this mountain retreat is what the Werners see from every well-designed vantage point—those lovely Tahoe trees. 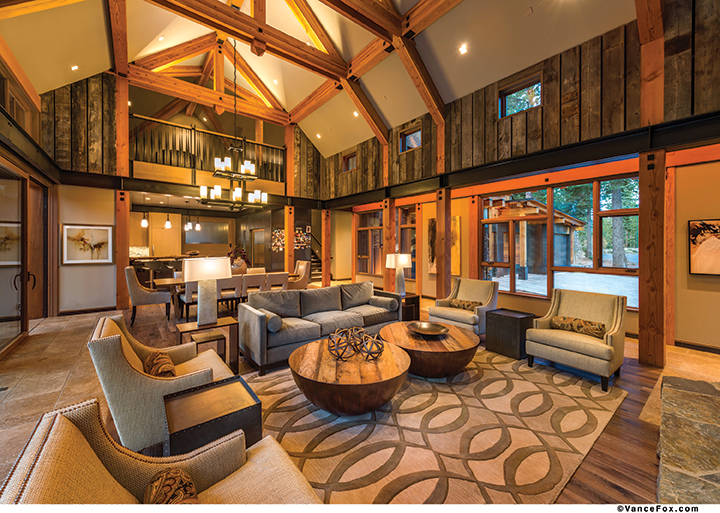 Clerestory windows bring in light from high in the great room