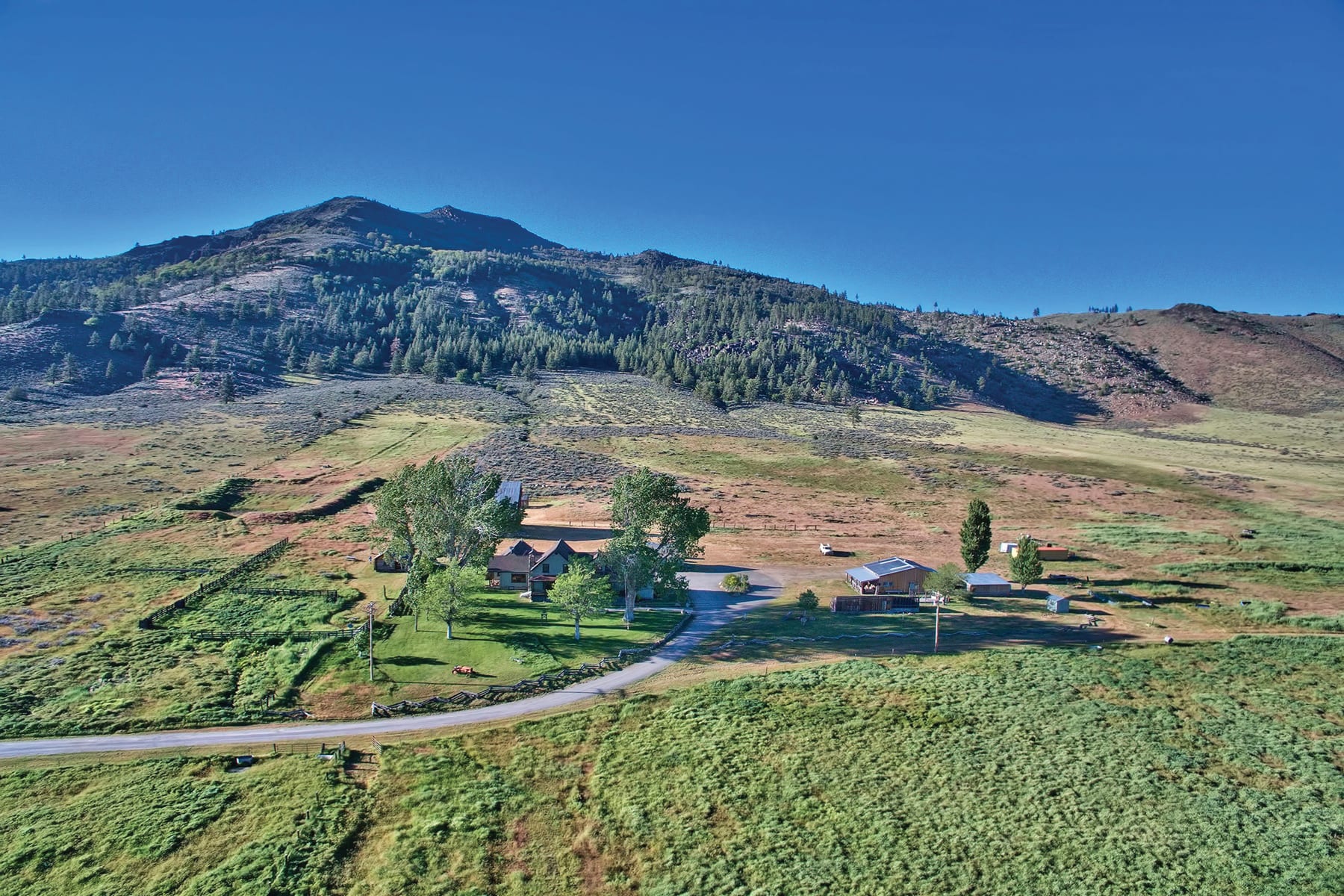 The 120-acre ranch is located at the foot of Reconnaissance Peak at the northern end of the Sierra Valley, photo courtesy Sierra Sotheby’s International Realty 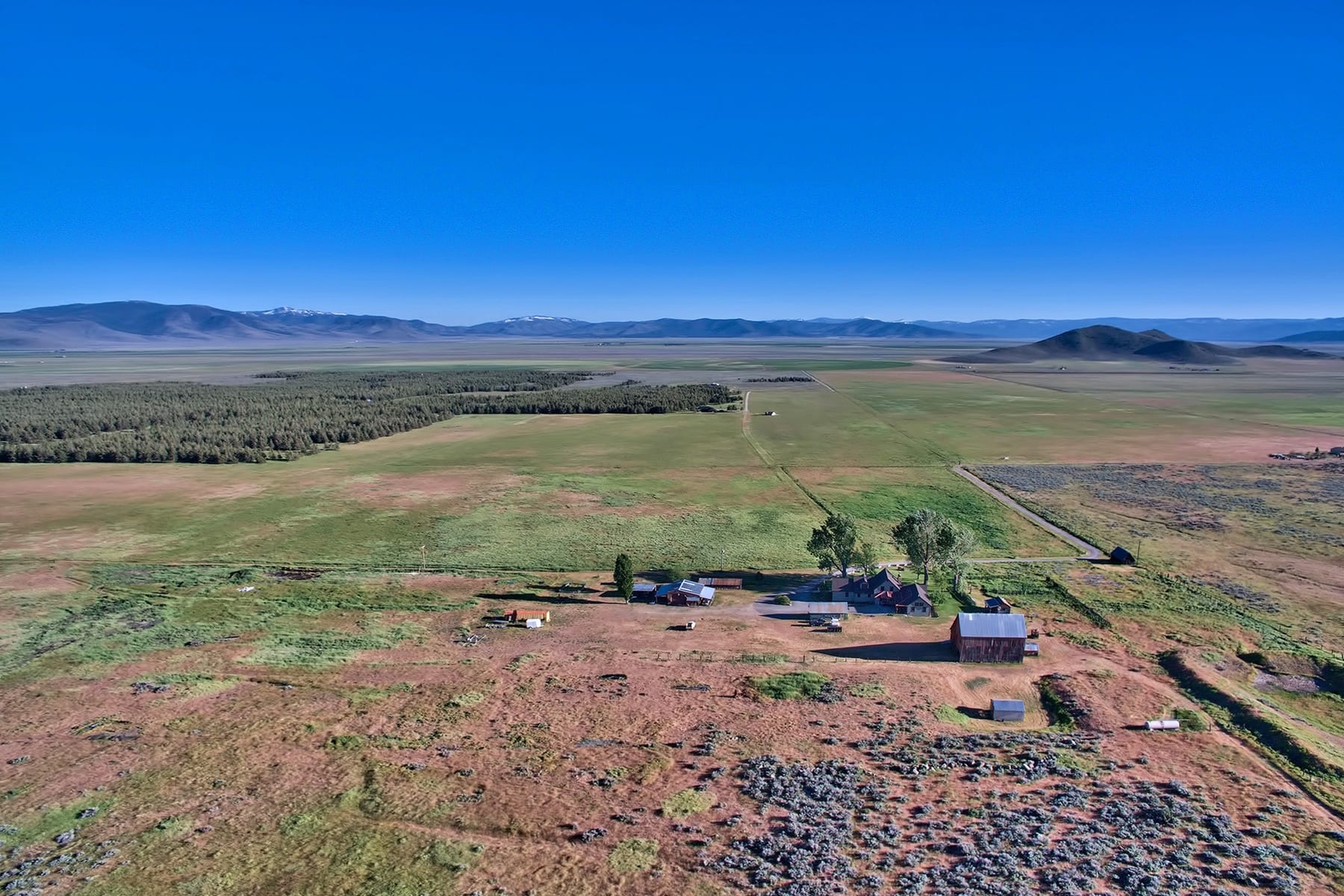 Nestled in the vast expanse of the Sierra Valley sits a home with a story to tell.

For decades, a historic 120-acre ranch was left to fend for itself against the passing of time and harsh Northern Sierra weather. Despite its idyllic location—only a few miles from Highway 70 in a secluded spot bordering Plumas National Forest—the property remained overlooked year after year.

That is, until renowned furniture-maker and artist Brad Greenwood and his wife Lorraine discovered it. 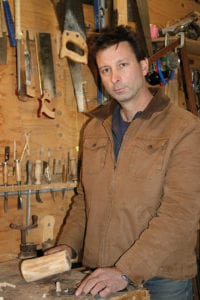 The Greenwoods, who had previously built and designed a home together in Mohawk Valley, looked to the neighboring Sierra Valley to resettle their growing family of four sons onto a larger property. The alpine valley’s abundance of open space, long views, wildlife and rustic charm piqued their interest.

Upon visiting the site, they found the main house in a serious state of neglect—although with good bones and unmatched scenery from its gentle rise at the base of Reconnaissance Peak. The property, known as the Maddalena Homestead, came with outbuildings, rich soil, southern exposure, its own spring and acres of privacy teeming with untapped potential. 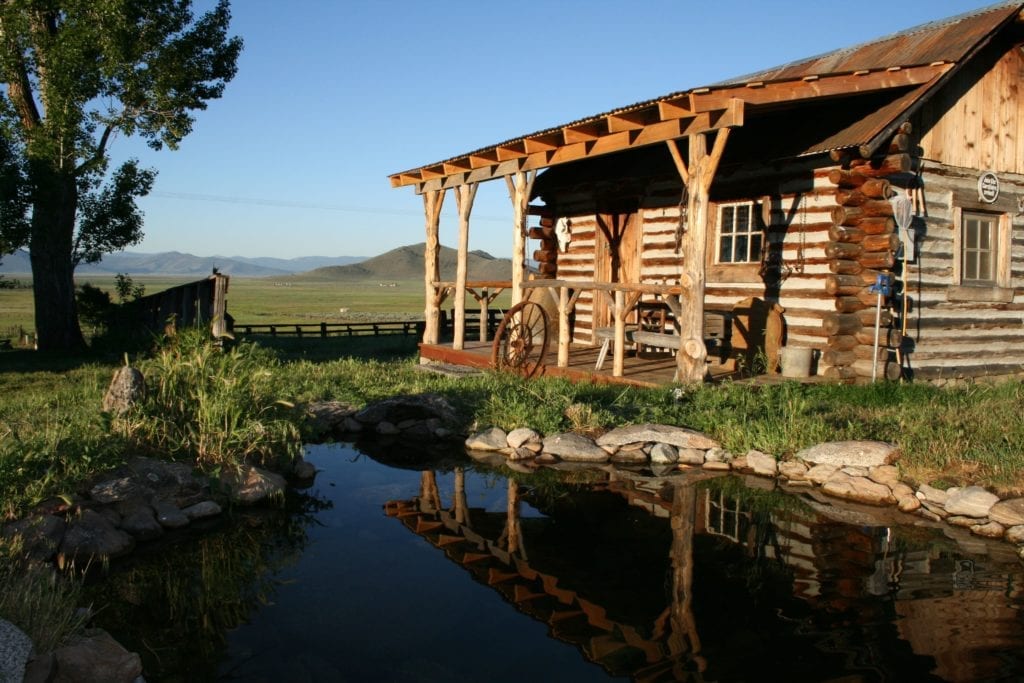 Known as the Maddalena Homestead, the property came with outbuildings, rich soil, southern exposure and its own spring, courtesy photo

It was enough to ignite the creative spirit within the artist and his wife, who envisioned a rustic but modern design concept using the high-quality vintage materials that speckled the property like gems waiting to be mined.

The Greenwoods were in love, and Brad was gung-ho. Lorraine, on the other hand, was less eager to commit.

“When we got this ranch in 2003 it was so run down and in such a poor state. It was a mess. I got cold feet,” says Lorraine, explaining that, while she admired the ambiance of the historic cattle ranches and old dairy barns in the area, it was difficult to envision leaving their Appalachian-style log home that they’d built and designed together in 1995. She could only imagine how long it would take to save the home from such dilapidation. 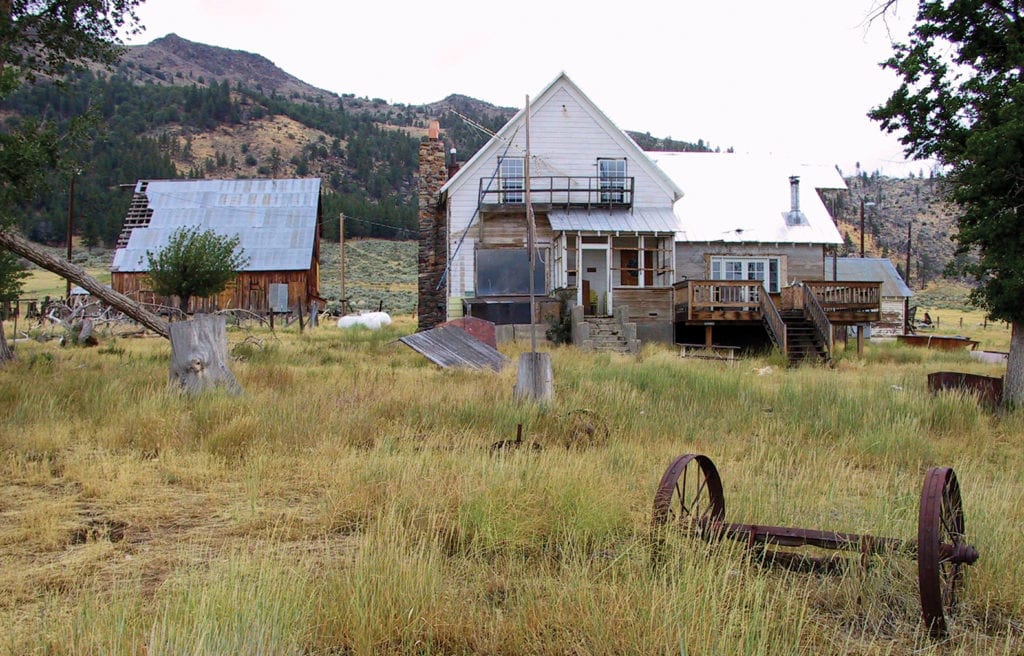 The original home was in a state of disrepair, courtesy photo

But she trusted their foresight and her husband’s perseverance, knowing he had the drive and talent to bring it to fruition. She focused on the excitement of designing a home together on a property that fused the past with the present.

“Our vision was to preserve the history, quality and authenticity of the ranch, but also bring it into this century,” says Brad, who sells his custom furniture in galleries across the Rocky Mountain region. “We wanted to create a tangible lifestyle that was comfortable to live in and capture the solace of the open space here.”

Drawing inspiration from the rugged elegance of the Rocky Mountain homes of his clients, Brad set out to renovate what would become the four-bedroom, 4,200-square-foot home of his family’s dreams. 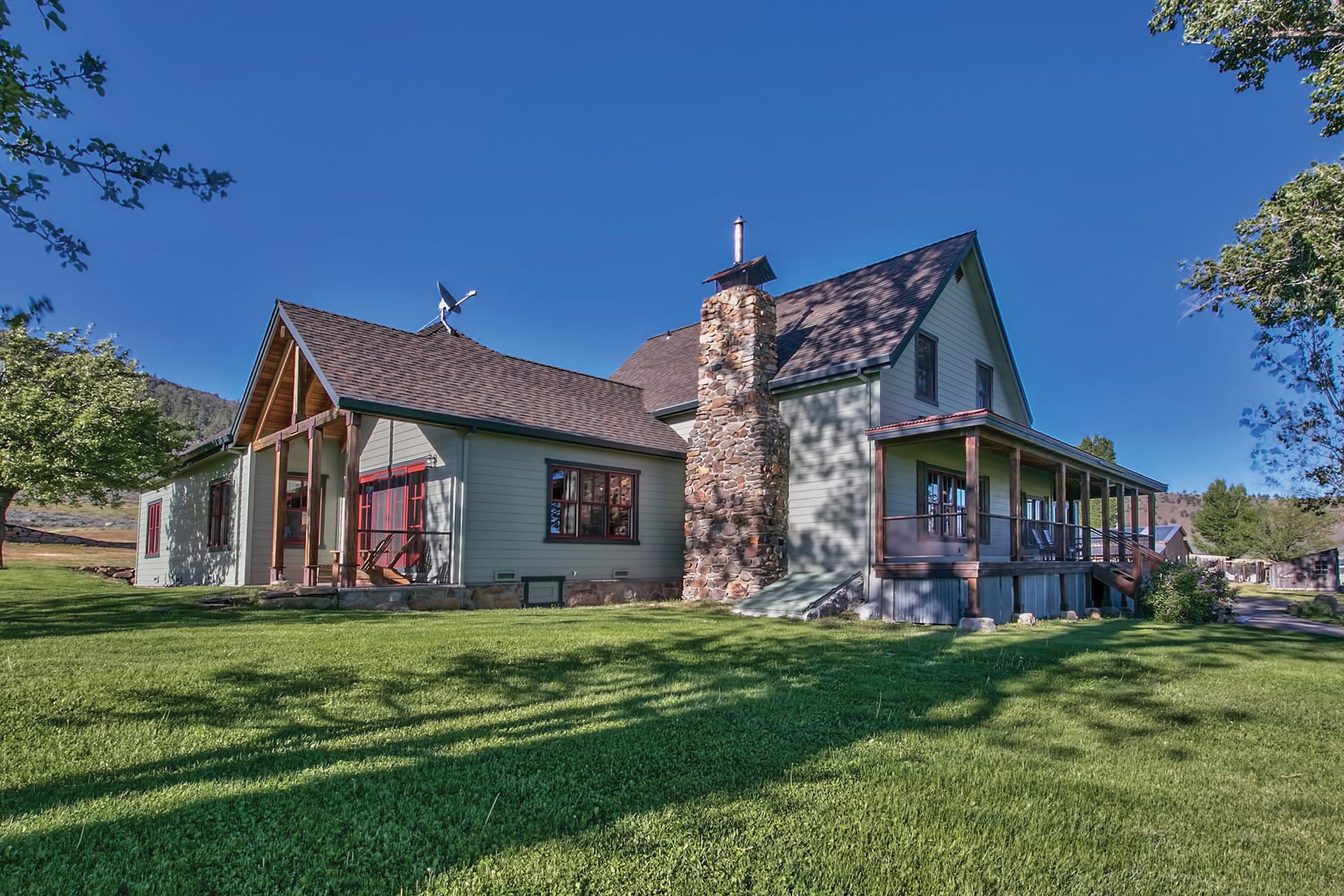 The home after being stripped down to its studs and completely restored, photo courtesy Sierra Sotheby’s International Realty

Lorraine observed as her husband worked his way through the detritus scattered about the property, closely inspecting seemingly useless scraps.

“Things that most people would just dump, Brad would kick, pick up and dust off,” she says. “He saw something there where others wouldn’t.”

While Brad updated the classic post-and-beam barn with a new roof and cables to better secure the rafters, the main home needed to be stripped down to its studs and completely restored from the ground up. 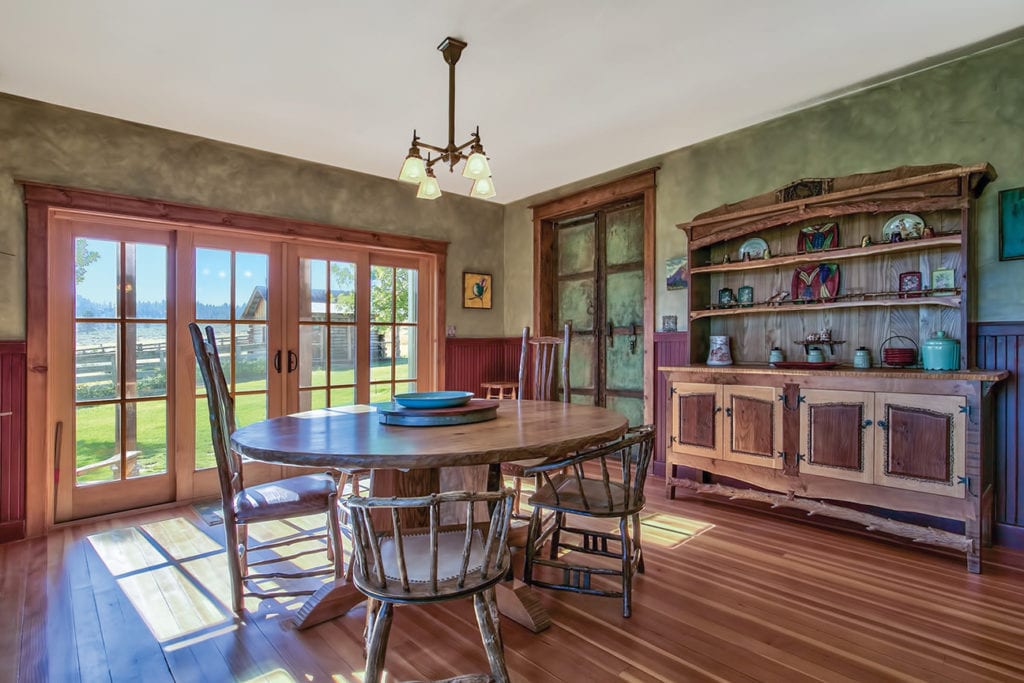 Greenwood’s talents as a custom furniture-maker are on display throughout the home, photo courtesy Sierra Sotheby’s International Realty

Brad hired craftsmen to assist with construction but performed much of the work himself, expressing his creativity in the finish details—from the recovered wainscoting in the house to the reclaimed timbers, vintage lighting and random castoffs from the backyard and barn.

Original metal doors and shutters salvaged from banks in nearby Gold Rush towns were cleverly repurposed to add authentic touches to the game room, office and exterior windows. Brad hand-built the fireplace from flat, lichen-covered volcanic rocks gathered by the family on a nearby mountain. He then finished the piece with a mantel cut from a large fence timber found on the ranch. Adjacent to the fireplace, custom cabinetry stands out with unique details—such as crown molding that doubles as an accent light covering, which Brad made from hand-peeled buckthorn bark that the family harvested near the property. 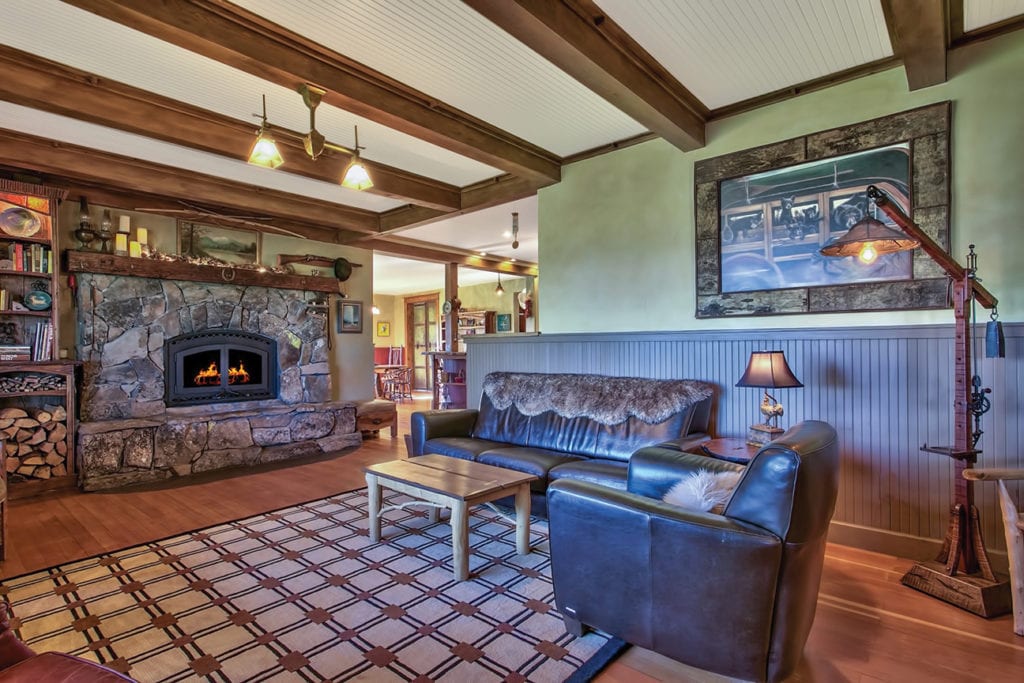 Among the home’s rustic features, Greenwood built the fireplace from rocks gathered by the family on a nearby mountain. He built the mantel from a large fence timber found on the ranch, photo courtesy Sierra Sotheby’s International Realty 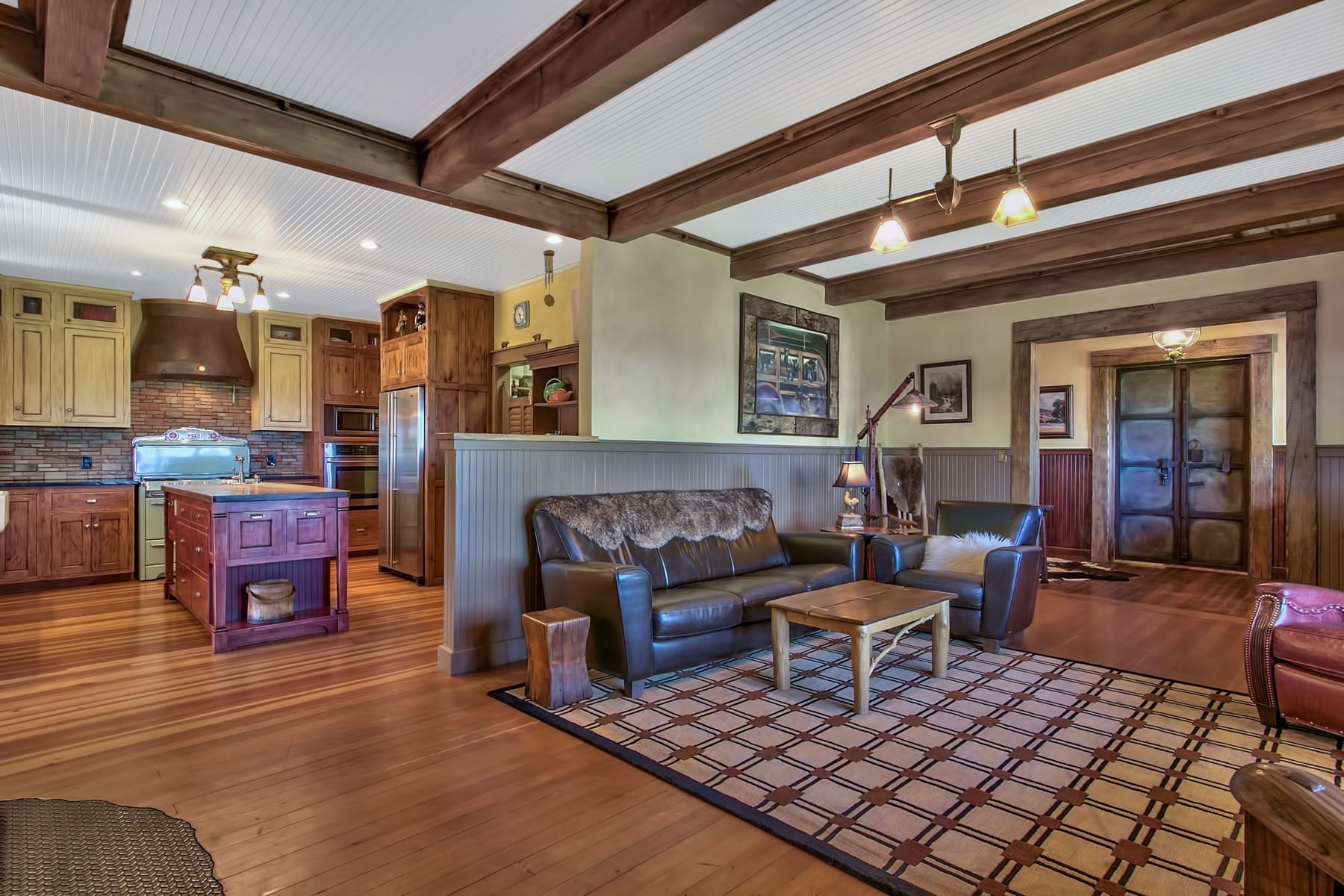 A modernized kitchen, which features high-end custom cabinets and appliances, brick siding, a wood-topped island and bar, and walk-in pantry and butler pantry, anchors the original foursquare floor plan and opens up to both the living and dining rooms.

Located a short distance from the house, Brad also customized a large outbuilding and turned it into an art studio in which to work on his furniture and award-winning mechanical pieces. 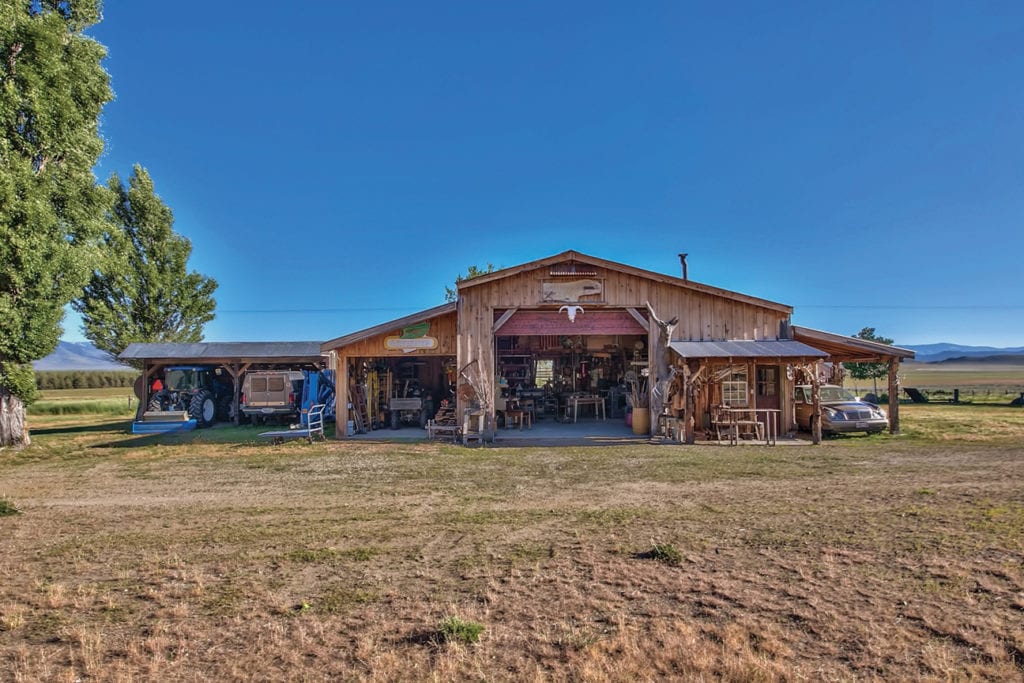 Greenwood, a custom furniture-maker and artist, turned a large outbuilding near the home into his studio, photo courtesy Sierra Sotheby’s International Realty 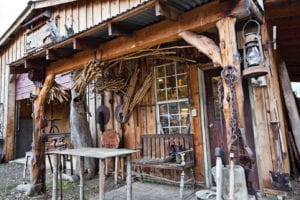 “It took perseverance and hard work to fulfill the vision, yet we did it as a family and grew from the experience,” says Brad, who finished the majority of the renovation in 2007. “Cleanup was daunting. There was decades of debris scattered everywhere and there was tons to dig through, but even though it was tough work, we always smiled and had fun doing it.”

Today, Brad’s work is more sought after than ever, showcased in galleries from Jackson, Wyoming, to Vail, Colorado. For this reason, the family plans to relocate to the Rockies, signifying the end of a chapter for this once-forgotten gem in the Sierra Valley. But where all good stories end, a sequel awaits.

Reno-based writer Laura Van Antwerp is feeling inspired by the Greenwoods and may finally repurpose the wood panels collecting dust in her garage. 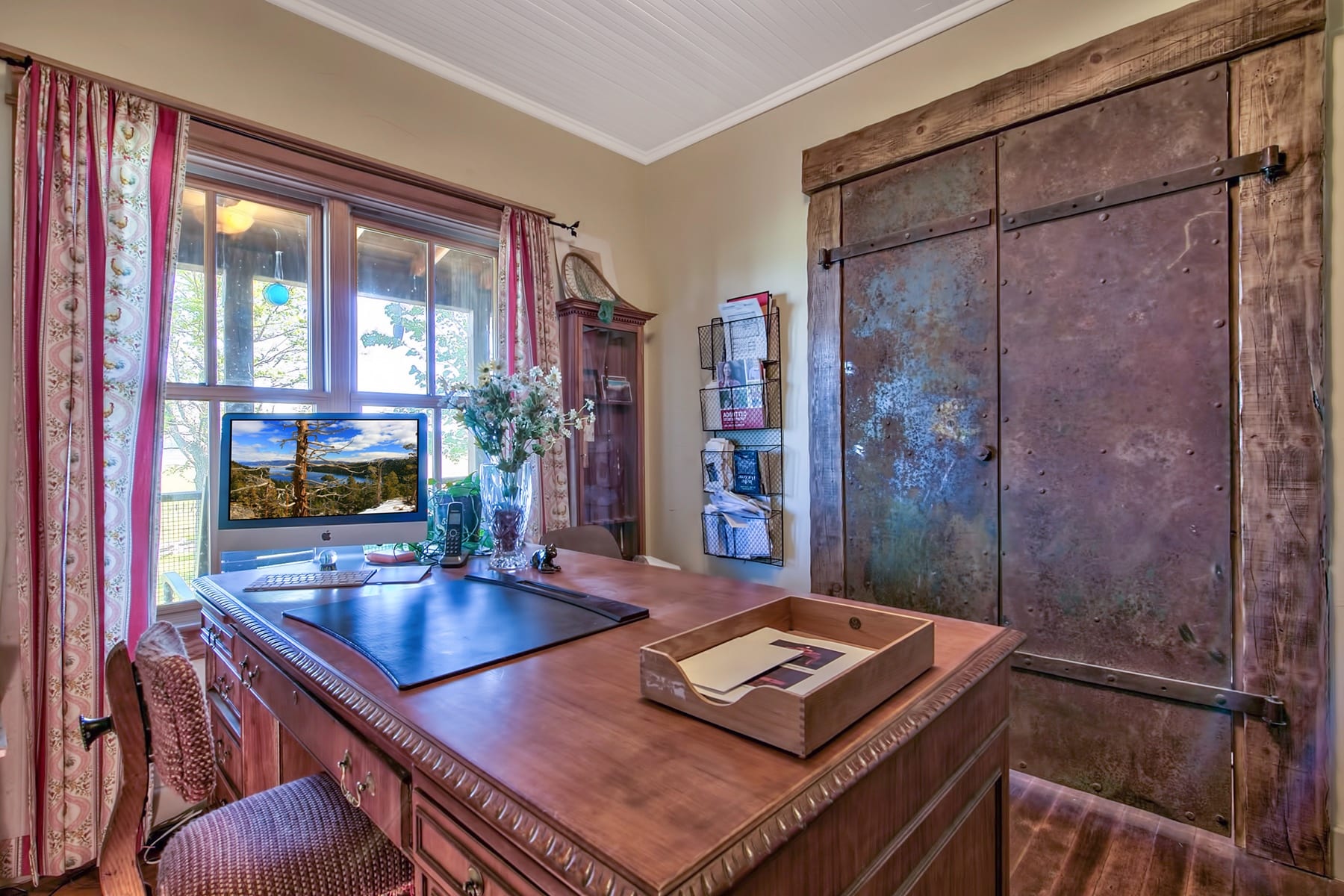 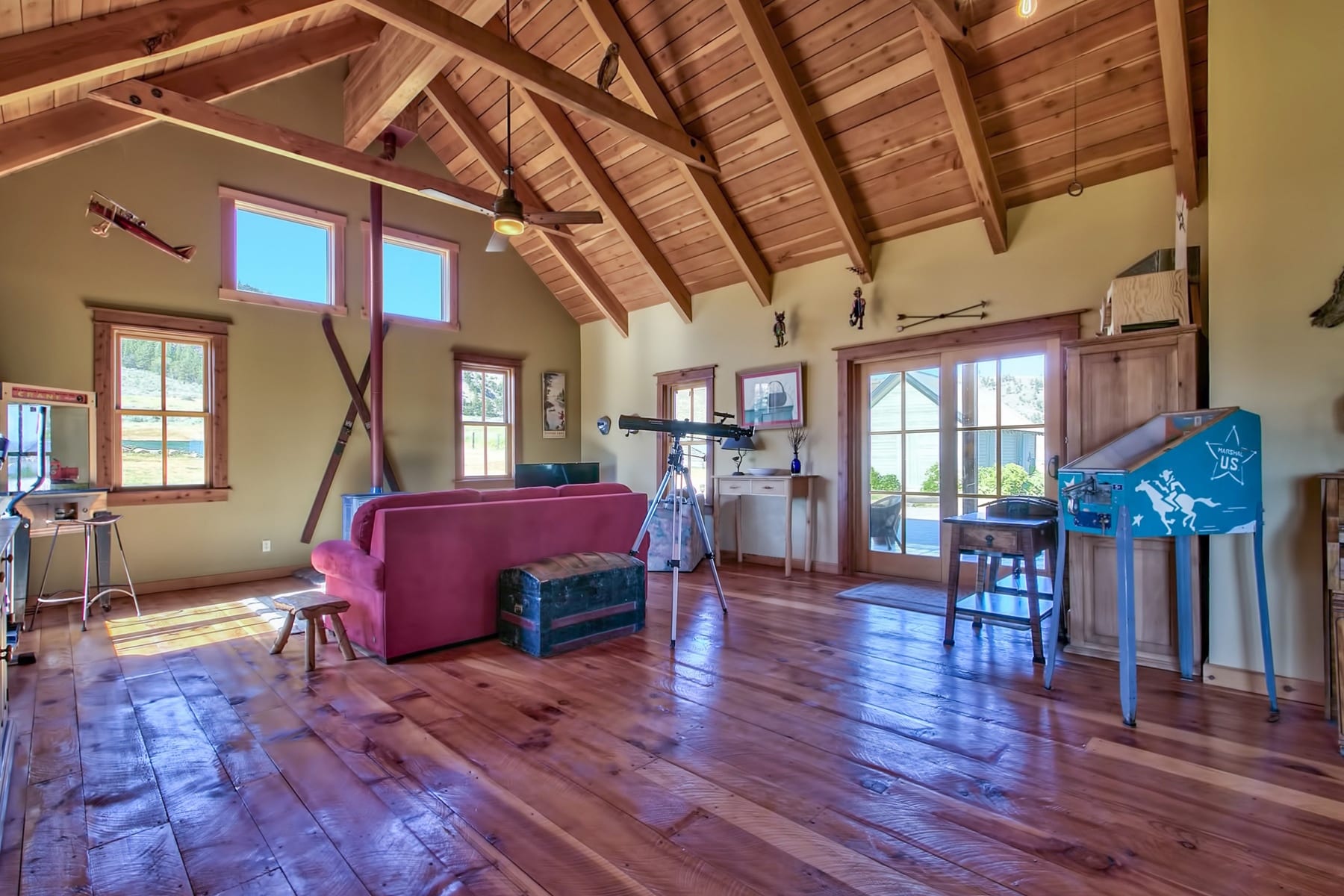