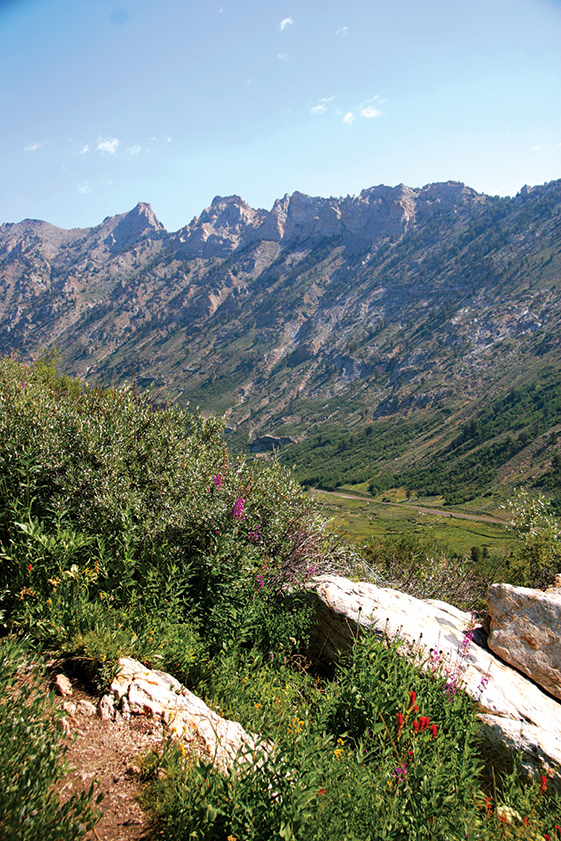 Nobody was ever happier to see Reno.

At the end of a seemingly infinite desert, I pulled into a gas station off of Interstate 80 with my parents and thanked whatever deity was responsible for putting civilization there.  We were nearing the conclusion of a three-day road trip from my childhood home in Michigan to Incline Village, where I’d hired on with a local newspaper for my first job out of college.

Our last day started in Elko, Nevada—hours further into the state than our intended stop for the night, the border town of West Wendover, because it was Speed Week on the Bonneville Salt Flats and every hotel room from the Utah state line to Wells was booked. I was sure we had just come through hell, or some earthly approximation thereof—the salt from the flats clung to everything, the small trailer with all my possessions slowed our escape and the temperature hovered around a sensible 101 degrees Fahrenheit. The shag carpeting in our hotel room that last night in Elko was graying, and the Formica countertops lent a decidedly camp feeling to the whole affair. Growing up in the swampier end of the wettest state in the Union, I was thoroughly appalled that anyone could live in desert outposts like Battle Mountain or Winnemucca as we tried desperately to put miles behind us and arrive in the Eden of the Sierra Nevada. What did you do in Nevada? Farm dirt? Waylay travelers? It was all on the table.

After arriving and settling in to life in Tahoe, I saw no reason to see much more of Nevada than the 29 miles of Big Blue coastline I thought was the best land in the whole state (OK, I still think that) and the occasional drive to Reno for provisions or down U.S. 395 to get to Yosemite. I persisted in this line of thinking for years until I took a trip on a lark up to Pyramid Lake, the terminus of the Truckee River’s outflow from Tahoe. The surrounding desert landscape struck me as kind of pretty, and it dawned on me that I was becoming a Nevadan, as a friend had once pointed out that residents of the state gain an appreciation for different shades of brown.

It took another trip, however, down U.S. 50—the Loneliest Highway in America—to set the hook. Land I’d once written off as a godforsaken lump of dirt used to test nukes and cook unsavory drugs sort of appealed to me. Sand Mountain, caves that doubled for Martian landscapes and the gorgeous little town of Austin grabbed me in a way I hadn’t expected. What started as a quick spin to kill time became an adventure; I made a mental checklist of roads I’d like to turn down one day when I had more time on my hands.

I went full-bore Silver State booster earlier this year with a trip back to the scene of my initial horror—Elko. Turning south from the surprisingly busy and cultured town, I made for the Ruby Mountains with a group of friends for a hiking trip. The stunningly beautiful, glaciated Lamoille Canyon, surrounded by spires and knife-ridged peaks, is lousy with wildflowers, lakes and creeks. Without the context of the drive to get there, you may guess it for dozens of other Western locales before thinking of Nevada.

But that’s the thing about this state—you can’t quite fit it into any one box. Tahoe’s East Shore was recently ranked by a travel magazine as one of America’s most underrated surfing destinations, given the swells that line up when storms push in from the southwest. Some of the best Basque food in the country is cooked and served in Elko County, and if you’ve ever had a hankering to see a lady play ragtime on a piano while it’s rolled from one bar to another, Virginia City is your place. There’s a bit more to Nevada than Las Vegas and dirt.

Of course, Nevada’s tropes contribute to the allure—or a funny tale—as much as the surprises you find along the way. On that same trip out to Tahoe, we stopped at a trucker’s breakfast joint on the eastern half of the state. I was sipping from my mug when my mother, positioned across the table from me, gave me a strange look. I assumed my elbows were on the table or something was on my face, and after a panicked resituating and wipe-down proved neither to be the case, asked her what was the matter.

I looked down to see a regular coffee cup, with the joint’s name on the side facing me. She gently turned it around until the side facing her came into my view. Turns out, the coffee shop served some of the more unsavory biological needs of truckers at nighttime and advertised the nocturnal goods on its mugs.

Cathouse and café. Welcome to the Silver State.

Nevada turns 150 in 2014, and sesquicentennial celebrations are set to kick off later this year. Tahoe Quarterly editor Kyle Magin is a Nevada resident who now corrects others on their pronunciation of the state’s name.