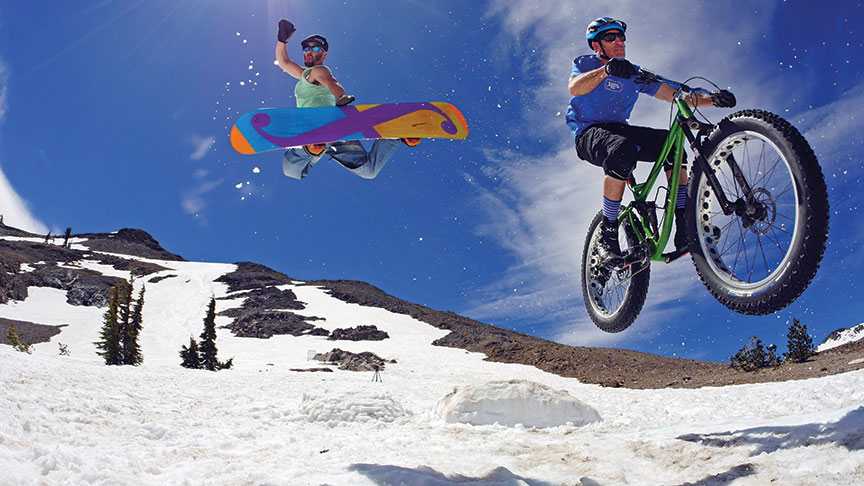 Some doubles riding at "The Patch," photo by Anthony Cupaiuolo

Bikers used to be limited to roads and well-worn trails, but the clunkers changed all that. In the late 1970s, a new kind of tire came onto the scene. Fat and wide-gripped, they championed new terrain in a way that was previously thought impossible. No longer confined to the dug-in trails around Tahoe, a daring new brand of bikers set out to places never ridden before. They ventured “off the beaten path.” Anthony Cupaiuolo and Emmie on the Flume Trail after a late season snow, photo by David Braun/Go West Foto