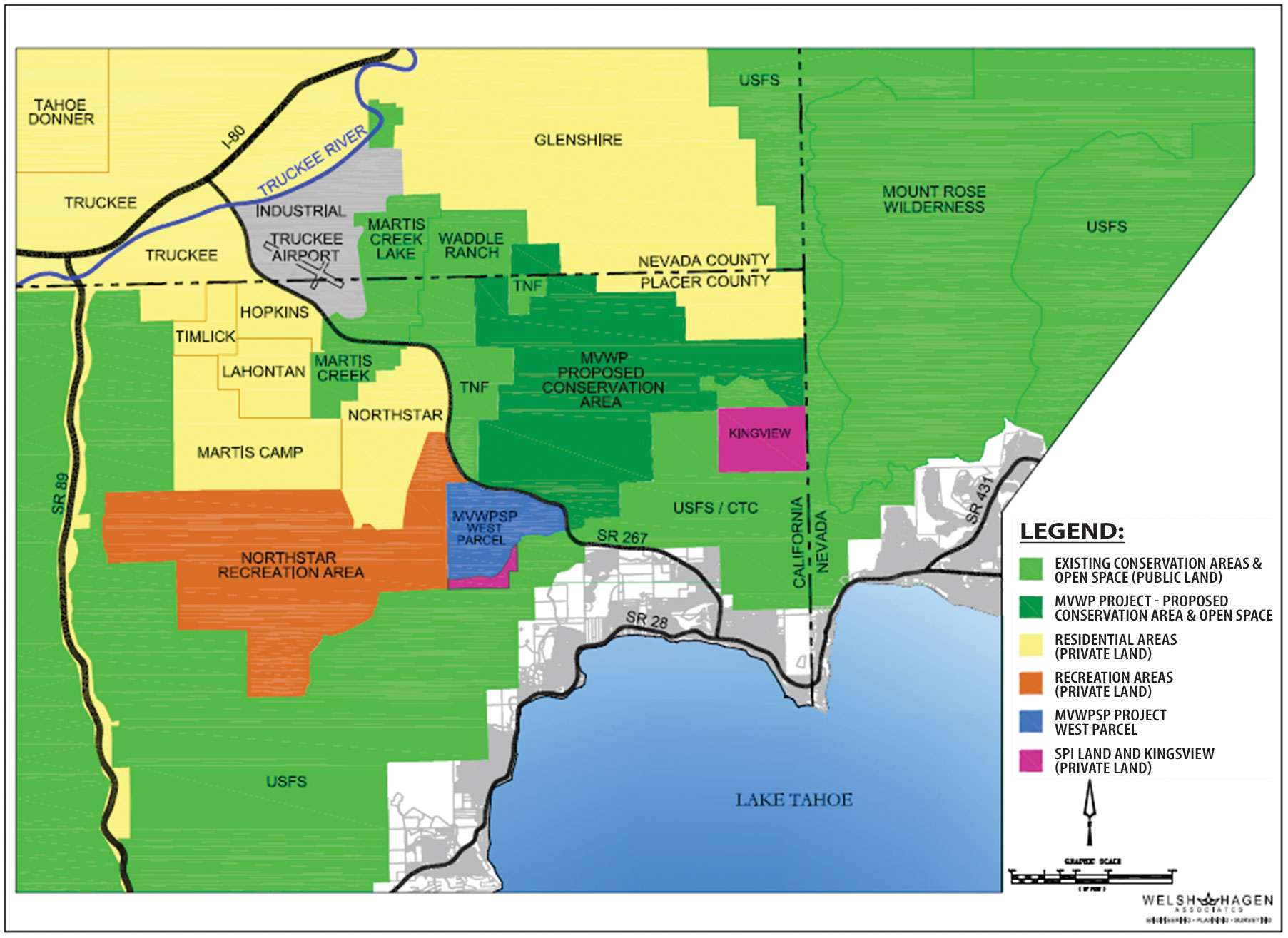 The controversial approval of a unique conservation/development project has elicited pushback from environmental groups, some of which helped forge the initial approach. While the Martis Valley West project was approved by a county board, a lawsuit filed by one of the original architects of the deal means the fight over a residential development at the top of Highway 267 just outside of the Lake Tahoe Basin is only beginning.

Sierra Watch was among the entities that arranged and agreed to the conservation element of the Martis Valley West project when it was announced approximately two years ago. But Tom Mooers, executive director of Sierra Watch, argues that the project has changed so much during the intervening period that he can no longer support it.

“The longer this process has gone on, the more we have learned about how damaging this project would be,” Mooers says.

Despite the rejection by the planning commission, the Placer County Board of Supervisors voted 4-1 to approve the project at a contentious meeting in September. The lone vote against the project came from Jennifer Montgomery, the supervisor who represents the Tahoe portion of Placer County.

“For folks to say that there is no public benefit associated with 6,000-plus acres going into conservation… I’ve been doing this a few years and I’ve never seen a project with this kind of open space component,” supervisor Kirk Uhler said during the meeting. Uhler represents parts of Granite Bay and the city of Roseville.

Mountainside Partners is the project developer and Blake Riva, its managing partner, expressed satisfaction with the board’s October decision.

“The Board recognized the Martis Valley West Project provides substantial benefits to the community,” Riva said in a prepared statement following the approval. “The project relocates future development to an area adjacent to an existing resort, significantly reduces the amount of allowable density, protects highly coveted open space in the heart of Martis Valley and provides outdoor recreation opportunities for the community.”

The project proposes to construct 760 residential units on the east side of Highway 267 near the ridge and in proximity to Northstar California Resort. The project also includes 6.6 acres of commercial space designed to serve the residences, including a trail connection to the Tahoe Rim Trial and an open space component.

The project further entails a conservation element in what amounts to a zoning swap. Prior to the proposal, zoning regulations allowed for the construction of 1,300 units on an approximately 6,300-acre parcel on the east side of the highway, while development was prohibited on the 2,000-acre parcel on the west.

Under the terms of the agreement forged by Mountainside Partners, Sierra Pacific Industries, Sierra Watch, Mountain Preservation Alliance and others, the west side parcel would be developed, while the east side parcel would be granted a conservation easement and perhaps be purchased by a land trust, with the goal of preserving the larger parcel that is contiguous to the Mount Rose Wilderness.

Riva also notes that by limiting the development to 760 units, he is reducing the number of allowable units by approximately 600.

“It’s a substantial reduction of what was allowed by the Martis Valley Plan,” Riva says.

But it was not enough to appease conservation groups.

Sierra Watch, Mountain Area Preservation and the League to Save Lake Tahoe filed suit in Placer County Superior Court on November 10, challenging the county’s decision. The suit—which follows a complaint filed against the county by the California Clean Energy Committee on October 26—alleges the county approved the project in violation of the California Environmental Quality Act.

The conservation groups are concerned that the extra traffic will harm Lake Tahoe while the development will not contribute to environmental improvement the way projects within the Basin are required.

Patterson went on to say the League is growing increasingly concerned that the Martis Valley West project is setting a precedent for developers, who may look to build projects on the fringe of the Lake Tahoe Basin, thereby avoiding the rigors of the Tahoe Regional Planning Agency (TRPA) approval process, but still managing to use Lake Tahoe as a magnet.

The proposed expansion at Squaw Valley has also captured the attention of the League and other groups concerned the project will mean additional traffic congestion and adverse impacts to The Lake.

“We’re concerned about bad precedent,” Patterson says. “Developers are identifying the loophole where they can profit off of Tahoe without having to protect it.”

Riva says Mountainside Partners is aware of increased scrutiny of projects outside of the Basin by groups historically focused on Lake Tahoe.

“We are contributing money to the TRPA’s Regional Transportation Plan even though the project is not within the Basin,” Riva says.

TRPA’s Regional Transportation Plan is due before the end of the year. TRPA spokesman Tom Lotshaw says the agency hopes to have the final document solidified after incorporating public feedback sometime in 2017.

Lotshaw also says the agency was aware of the concern surrounding the approval of development projects just outside TRPA jurisdiction, but adds that the agency must think about the larger picture when it comes to the issues of vehicle miles travelled and transportation at Lake Tahoe.

“Projections we’re seeing show continued population growth in the metropolitan areas of Northern California and Northern Nevada, and the potential for visitation to Tahoe to increase by up to 20 percent over the next two decades,” Lotshaw says.

“So we are working closely with all of our local government partners and with transportation and transit organizations both in the Tahoe Basin and in Reno, Sacramento and the Bay Area to develop the transportation infrastructure, bike and pedestrian facilities, and transit services needed to ensure that people can visit Tahoe, get around Tahoe communities and get to recreation areas without driving their personal vehicles.”

Still, Mooers says the vehicle miles travelled is only one component.

The problem in his mind is that the Environmental Impact Reports (EIR) prepared by the consultant for the project were insufficient and therefore illegal.

He points to a letter sent by California Deputy Attorney General Nicole Rinke, who expresses concern over projected traffic increases within the Basin.

“These impacts are especially a concern when viewed in combination with the similar impacts anticipated from the proposed 25-year plan for the redevelopment of nearby Squaw Valley,” Rinke writes in the 19-page letter submitted to the Placer County Planning Department. “The EIR has not adequately analyzed or mitigated these impacts.”

For Mooers, this letter, which details the potential adverse impacts the project has to the Lake Tahoe Basin, and the ways it fails to provide sufficient mitigation, is tantamount to calling the Placer County Board’s approval unlawful.

Which is why Sierra Watch and its allies took the county, Martis Valley West and Sierra Pacific Industries to court in November.

“There’s a reason why everyone from local residents to the attorney general opposes this project,” Mooers says. “It’s a nightmare project and Tahoe deserves better.”

With a court battle looming and Squaw Valley’s proposed expansion, the fight over the fate of Tahoe’s North Shore and beyond is just getting started.