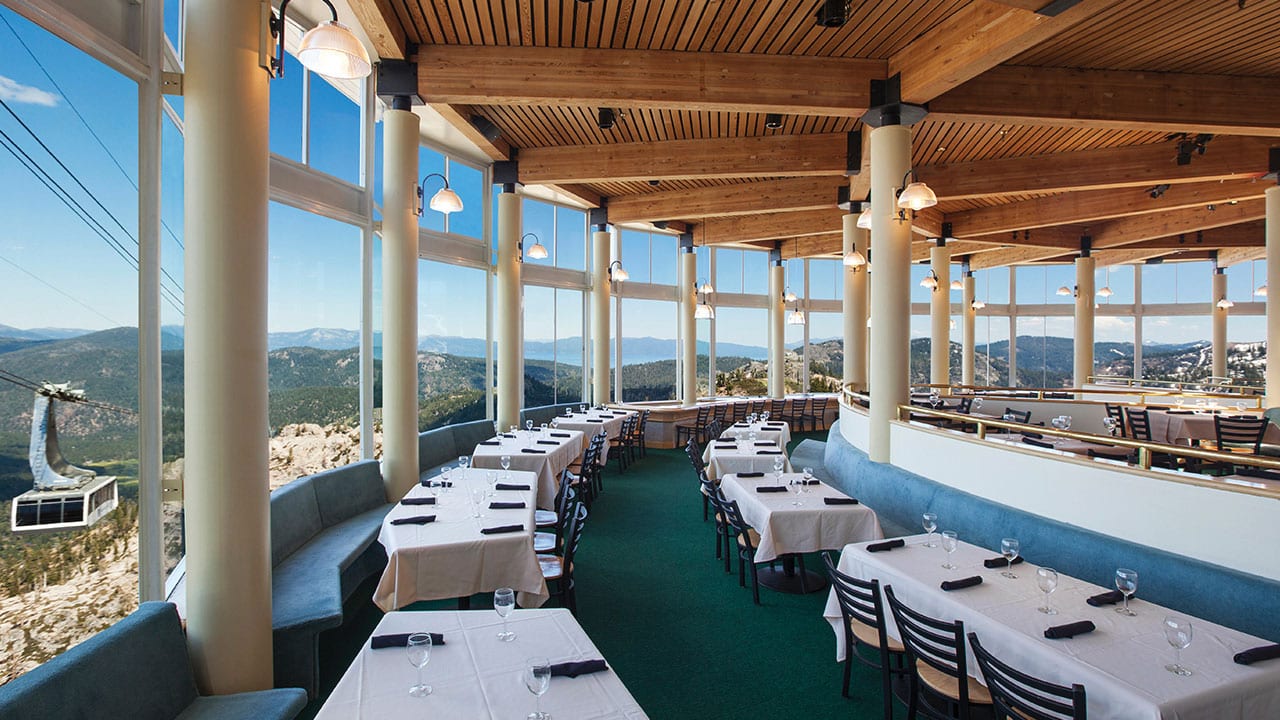 WINE IN A CAN

Kali Kopley, founder and partner in Soupa, Petra and the three Uncorked Wine Bars (and more recently of Santa Barbara’s Pico), launched a line of canned vino with her husband, Will Henry of Nuclear Wines. The wines are great for the beach, camping, boating or any other outdoor activity. So far, they offer a sustainably farmed chardonnay and red table wine in the can. www.nuclearwines.com

The Squaw Valley Inn, home to the PlumpJack Café, is being redeveloped as the PlumpJack Squaw Valley Inn & Residences, set for completion in December 2019. The restaurant will stay operational until demolition begins in the spring. Stay tuned for details on the property’s new dining options.

This winter, look for a major overhaul of High Camp, Squaw Valley’s mid-mountain facility located at 8,200 feet via the aerial tram. Terrace Restaurant & Bar will be completely renovated and open in time for the holidays. A new High Camp Marketplace will move to a redesigned space on the top floor with grab-and-go meals and snacks, coffee drinks, wine and beer. Silvey’s Café on the mezzanine level of the building will be removed and converted to a family seating area, including a play area for kids. The Poolside Café will reopen as Granite Bistro by December 20.

Russell Coffman, a native of Palm Springs, California, and graduate of culinary school at the Art Institute of California in Santa Monica, has replaced longtime executive chef Scott Yorkey, who stepped down to help care for his daughter Kayla, who is battling cancer. Coffman worked with Bradley Ogden and Johnny Church at Root 246 in Solvang, and under Wolfgang Puck and Tetsu Yahagi at Beverly Hills’ Spago. Most recently, he held positions as sous chef and banquet chef at Martis Camp.

Family-owned and operated Crazy Good Doughnuts and Pies, headed by Christine Andersen-Smith, is baking and delivering small-batch gourmet goodies with a portion of proceeds benefitting local organizations. Death by chocolate, pina colada, s’more and lemon-poppy seed are but a few flavors available for delivery around South Lake Tahoe. www.crazygooddoughnuts.com

Sugar Bowl has partnered with two-time James Beard Award–winning chef and renowned San Francisco–based restaurateur Traci Des Jardins. The chef, who also launched Manzanita at the Ritz-Carlton Lake Tahoe, is helping develop menus around the resort, including the Nob Hill Cafe at the Village Lodge, which is getting a total makeover for this winter.

Northstar California is again offering its Mountain Table Dinner series at the Zephyr Lodge (accessed via gondola), with menus featuring local and regional products, live music and peak views. Each long-table, family-style dinner is paired with a winery: Simi on January 12, Prisoner on February 2, Rodney Strong on February 16 and Charles Krug on March 9. Reservations are required; tickets are $148 per person. For more information and to register, go to www.northstarcalifornia.com.